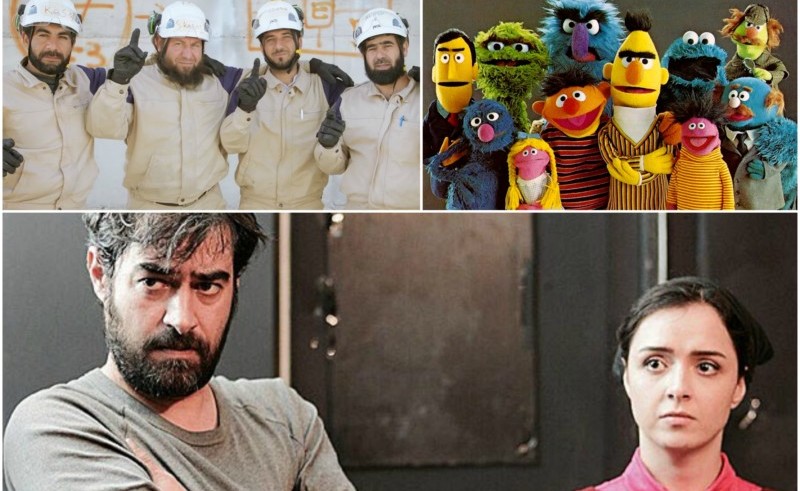 The overwhelming presence of politics in our lives has made talking about anything besides the maelstrom of information out of Washington seem pointless. Escapism no longer feels like a fun way to kill an hour out of the day; instead, it’s a needed distraction from the relentless bombardment of news. But what happens when even escapism finds itself under attack? While interpretations of artistic politics can vary, the production of art is never questioned in our free society.

We may disagree on the message, but we all agree that the right to create a piece of art should be protected. With the sweeping, often haphazard executive orders that President Trump has signed in his first month in office, even the arts are no longer safe. Trump’s administrative policies both endanger the arts and highlight the myopic perspectives of this administration and any politicians who fail to see the role of the arts in providing a beacon of greatness for the world.

Who’s Gonna Pay for the Art?

Domestically, Trump and his administration have already shown their willingness to cut the arts programs of America. Early budget plans have shown that the National Endowment for the Arts (NEA) and the Public Broadcasting Service (PBS) are all on the chopping block. For them, it’s easy to see the arts as meaningless fluff, but they ignore the basic economics of it all. According to the New York Times, these programs cost under $500 million annually, but our government plans to spend $4 trillion this year. 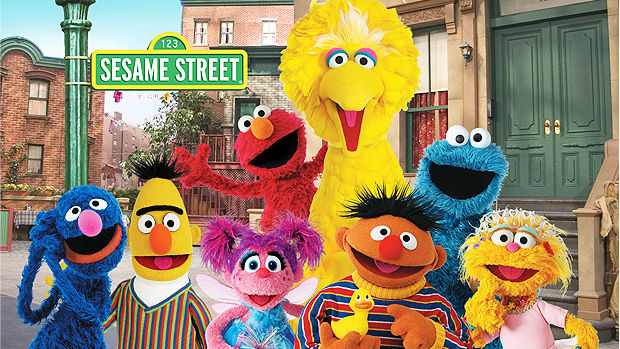 That’s the crass money game, but how would cutting these programs affect everyday Americans? The song remains the same: lower-income citizens would suffer the most. According to Fortune’s breakdown of a recent Bureau of Economic Analysis study, a whopping 40% of the programs that the NEA supports are located in poverty-stricken neighborhoods. As for PBS, you’ll be lucky if any kid can tell you how to get to Sesame Street because they won’t be able to read. That’s right, according to a University of Maryland study, PBS’ SESAME STREET has given generations of preschool age children a boost in their education. The study concluded:

“…The show has left children more likely to stay at the appropriate grade level for their age, an effect that is particularly pronounced among boys, African Americans and children who grow up in disadvantaged areas.”

I’m no economist, but this investment in the arts makes sense. It’s easy to look at programs like the NEA or PBS on paper and assume they can’t be as profitable for the country as a major industry, or the GOP’s favorite song and dance of “trickle down economics.” They may assume these programs don’t provide a return on investment, but the reality is quite the opposite. According to the same Fortune link above,

“Cultural production contributed more than $704 billion to the U.S. Economy — this accounts for 4.2% of the United States GDP and is greater than the contributions of the construction ($586.7 billion), transportation, and warehousing ($464.1 billion) industries.”

This investment in the arts not only lines pockets for everybody but enriches future generations. Giving kids creative outlets has been consistently proven to be beneficial in the long term for academic success. In fact, the NEA put out a thorough 2012 study reinforcing this sentiment. Trump often talks about saving low-income areas in America, but here he is perfectly willing to dispose of a program that is cost effective and proven to benefit America’s children. For all of Trump’s talk of being a smart businessman and a job creator, he seems shockingly glib about disposing of a major source of employment and income for the country. Trump’s ignorance about the benefits of these artistic programs shouldn’t be shocking to anyone who has watched the floundering administration in its first months. This ignorance is most apparent in the Trump’s executive order on immigration, the biggest disaster in Trump’s first month in office.

Depending on who you ask, the Oscars are the most important or most inane night in film, but that has never made them immune to controversy. Marlon Brando’s boycott in 1973, or Michael Moore’s 2003 speech condemning the Iraq war are two major moments where Oscar winners turned the glitzy Hollywood stage into their personal soapboxes. Last year, outside the ceremony, the social media storm of “Oscars So White” cast an important eye on the lack of diversity in the nominees both in front of and behind the camera. This year the Oscars have become collateral damage in another large political firestorm: Donald Trump’s executive order forbidding entry to the United States for people from Iraq, Syria, Iran, Libya, Somalia, Sudan, and Yemen.

How exactly does this ban affect the Oscars? It means that Iranian director, and previous Oscar winner, Asghar Farhadi will not attend the Oscar award ceremony, despite being nominated for his new film THE SALESMAN. From a statement released by Farhadi:

“…it now seems that the possibility of this presence is being accompanied by ifs and buts which are in no way acceptable to me even if exceptions were to be made for my trip. I would therefore like to convey via this statement what I would have expressed to the press were I to travel to the United States. Hard-liners, despite their nationalities, political arguments and wars, regard and understand the world in very much the same way. In order to understand the world, they have no choice but to regard it via an “us and them” mentality, which they use to create a fearful image of “them” and inflict fear in the people of their own countries.”

Farhadi’s statement was issued before numerous courts imposed a legal stay on the ban, but the director is standing by his convictions. The fact that the ban would exist at all is enough for Farhadi to refuse to attend.

It’s easy to see entertainment as being frivolous in a time of such turmoil, but works by artists like Farhadi serve a necessary purpose because the world is in turmoil. Farhadi’s films provide a look into Iranian culture that rejects the American perceptions of the country and its people to reveal the common threads of the human condition. His film ABOUT ELLY is a structured look into the way our little white lies can unravel our relationships. A SEPARATION is a masterful portrait of a dissolution of a marriage that speaks to struggles across language barriers. It’s no coincidence that Farhadi’s latest film, THE SALESMAN, features a production of Arthur Miller’s DEATH OF A SALESMAN as a key element of its plot. Both Farhadi and Miller speak for a working class population, separated only by an ocean, but both struggling to overcome the crushing pressures that society imposes on its people. Farhadi’s films emphasize a global humanity that is vital during this time of isolationism.

CLICK: What is the power of collective activism? Find out here!

While Farhadi is choosing not to go to the Oscars out of solidarity, there are some filmmakers who are choosing to go in order to make their message heard. THE WHITE HELMETS is a short documentary nominee directed by Orlando von Einsiedel about a Syrian rescue group known as the Syrian Civil Defense (aka the White Helmets). This group of neutral volunteers charges into danger whenever bombs on either side of the Syrian Civil War wreak havoc on civilians. The short documentary is a harrowing look into the humanitarian violations occurring on a regular basis in Syria. The work of the White Helmets has been unprecedented; these volunteers have saved the lives of 58,000 Syrians. Their work has earned them a Nobel Peace Prize nomination. And the travel ban nearly kept them from attending the Oscars. However, due to the numerous stays of the ban, the leader of the White Helmets and members of the documentary’s crew will be able to attend the ceremony.

Ultimately, Trump’s ban (and it is a ban) makes it easier to dehumanize anyone from these countries. Without the ability to meet and understand these people, either directly or through their art, it becomes that much easier to make the public believe any lies that are spoken about their country. Without knowledge of documentaries like THE WHITE HELMETS, Trump’s inaction toward the crisis in Syria will continue to go unnoticed by the American people. Without the films of Asghar Farhadi, lies about the people of foreign countries will go unchallenged by the ignorance of the American people.

I don’t want to give Trump more credit than he deserves—I sincerely doubt keeping the director of THE SALESMAN out of the country to keep John Q. America from discovering empathy was part of some grand racist master plan. I do think he signed an order without ever thinking of the consequences. It’s that lack of consideration for consequences that makes him such a dangerous and demeaning presence in the White House. He has started a war against human creativity and dignity, and it began when he closed the doors of America to the world.

For those who doubt that the arts are worth all of this hand-wringing, it’s worth noting how these policies make the country look in the eyes of the world. Already, the tech sector, which contains numerous CEOs and luminaries who are immigrants, is questioning how this ban and its after effects will change America’s stance as a welcoming place for innovators. Reports have come in of immigrants fleeing America to make a new life in Canada. Who knows what kind of new ideas they could have brought to America if they were allowed to live and flourish. If Trump truly believes in America’s exceptionalism, then he needs to allow this country to open its doors to all people who want to contribute to the American Experiment.

So what happens now? As the ban receives a rebuke from the judicial branch of our government, it’s important to remember the power we have as citizens. Members of major tech companies have recognized the harm the ban will have on their industry and made their voices clear. We need to do the same. We can call our representatives to show our support for arts-based programs. We can support the works of artists and organizations that encourage true American values. Most importantly, we can create works of art that will remind the world that America is not defined by the people elected to power. It has, and always will be, a nation of free individuals.