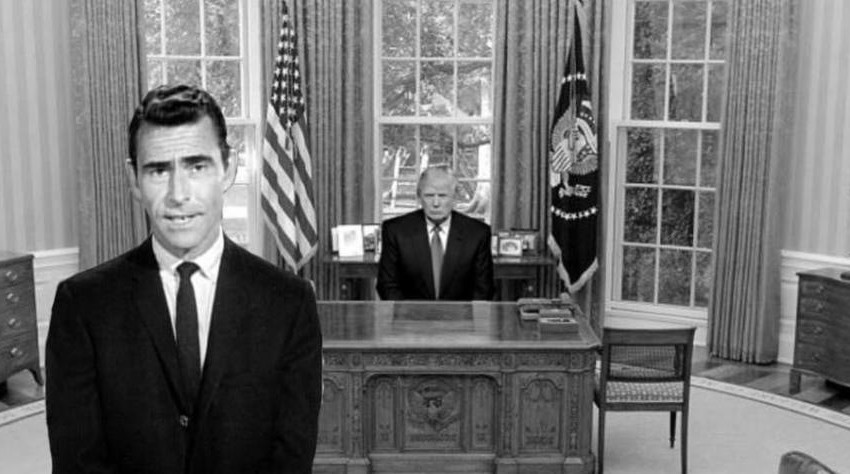 Warning: This article contains SPOILERS for the TWILIGHT ZONE episodes ON THURSDAYS WE LEAVE FOR HOME and OF LATE I THINK OF CLIFFORDVILLE.

Salon recently published an article imploring U.S. President Donald Trump to watch a TWILIGHT ZONE episode. That episode, ON THURSDAY WE LEAVE FOR HOME follows the leader of a space colony trapped on a desert planet. Earth ships come to take the colonists home. The leader, who has grown accustom to power, argues against it, despite the harsh conditions of the desert planet and desires of the populace. The colonists leave, save for their leader, who remains alone on the planet, mourning his mistake.

The parable for Trump is clear, given his low approval ratings and questionable tactics. THURSDAY is not the only episode he should watch though. Another TWILIGHT ZONE episode, from the same season, carries just as much weight and may relate to Trump on a more personal level. That episode is OF LATE I THINK OF CLIFFORDVILLE. 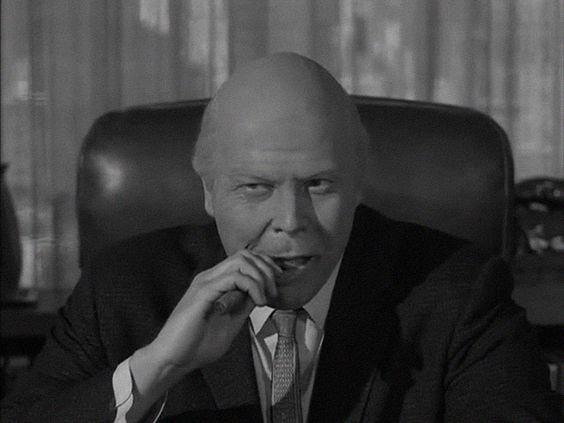 Albert Salmi plays William Feathersmith, an elderly millionaire who opens the episode by forcing his last business competitor to sell to him. Feathersmith gloats over the victory. That night, he drunkenly confesses to the janitor that he feels purposeless now, and expresses a desire to start over in his hometown of Cliffordville, Indiana. This small exchange alludes to a point made by ART OF THE DEAL ghost writer Tony Scharwtz in the Salon article. Schwartz said Trump’s need for attention is compulsive. He ran for president because he had nothing else to go after. The comparison to Feathersmith is all too apt. Both men felt bored and desired a new challenge simply for the glory of success. 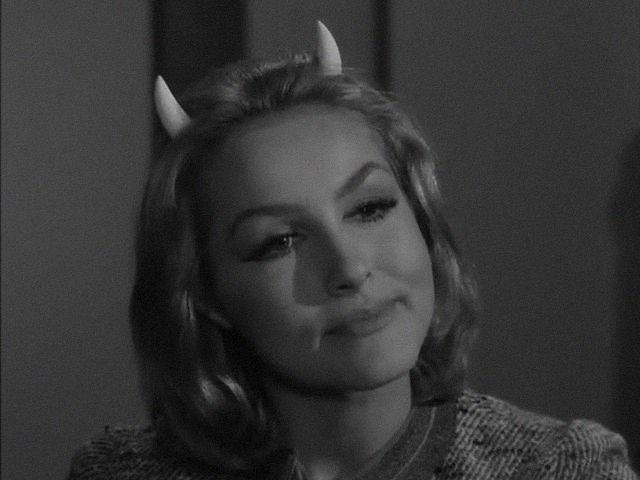 Devlin offers Feathersmith a chance to live his dream and return to the past. Feathersmith asks if she wants his soul in exchange, but Devlin replies that they own that already. She asks instead for most of Feathersmith’s fortune. Feathersmith makes specific demands– he wants to look young, he wants the town exactly as it was, and he wishes to retain all his memories of future events (so that he can easily earn back his fortune). Devlin smoothly agrees, and the two sign. On a side note, Julie Newmar is perfect as Devlin, playing the role of temptress with almost liquid ease (it’s also nice not to see her making cat-puns every five minutes).

Feathersmith goes onto his train, and awakens a younger man, on route to 1910 Cliffordville. He shows tremendous glee at having a second chance. We see it’s not from nostalgia, as the first thing he does is use the reminder of his fortune to buy land he knows has oil under it. Feathersmith shows he’s committed to reliving old glories, and it’s here that the Trump parallels start to show. Trump’s desire for glory is expressed through Feathersmith, who would rather revel in past accomplishments then move forward. It shows a fondness for the past that forgoes the future. Feathersmith, like Trump, is confident that all his skills will bring exactly the result he desires.

Feathersmith calls over the previous landowners to gloat over the oil. The men reveal they are aware of the oil, but it is too far down to reach. Feathersmith realizes his mistake– he bought the land twenty years later, and the technology needed doesn’t exist yet. Trump comparisons emerge yet again– Trump was confident of his skills going into the White House, but he has made no significant achievements since, save the appointment of a Supreme Court judge. Many within the House have also expressed that he doesn’t understand the basics of government. Feathersmith, like Trump, despite being confident in his knowledge, immediately starts making mistakes.

Feathersmith attempts to bolster himself by selling ideas for future technology, but he fails to convince anyone his ideas are valid since he has no idea how to construct anything.

Feathersmith runs frantically toward success, only to feel weak and sick. Devlin meets him as he collapses. He accuses her of breaking the deal, but Devlin said he asked to look young, not be young.  Feathersmith says the town is different, but Devlin again says everything is the same; he chose to remember it differently. Feathersmith asks about the deals and Devlin speaks to him with disgust. She says he is a wheeler and dealer, a manipulator, and a taker instead of a builder. In short, Feathersmith made his fortune buying other men’s work, and he is incapable of creating on his own. The parallels to Trump are astounding.

Nostalgia for a constructed past? A delusional desire to relive a bygone era? A bravado to accomplish without the means, skills, or knowledge to do so?

Trump inherited his money from his father, bought many businesses, and has had many failed start-ups. His need for glory caused him to run for office, only to find his skills were overrated and of no use in his new position. The comparisons are painfully obvious, but I’m being redundant by this point.

Devlin allows Feathersmith to return home and sell the land he he bought. He sells to the first person he sees and returns to his own time. There is one change however. Feathersmith is now a janitor in his former building, owned by the man he sold the land to– the janitor from the start of the story.

READ: We remember a veteran of an iconic 60’s show, Adam West.

For Your Consideration, Mr. Trump…

OF LATE I THINK OF CLIFFORDVILLE can have many meanings. The past is not how we remembered it, be content with what you have, and don’t overrate your own talents. In today’s world, it carries a powerful message for one man, albeit one received maybe a tad too late.  Taking a step without bothering checking the gap can lead to a powerful fall — that’s the lesson learned by Mr. William Feathersmith years ago, and one to be heralded by his possible modern day successor. Chasing glory can ruin a man, both on Earth…

And in the Twilight Zone.