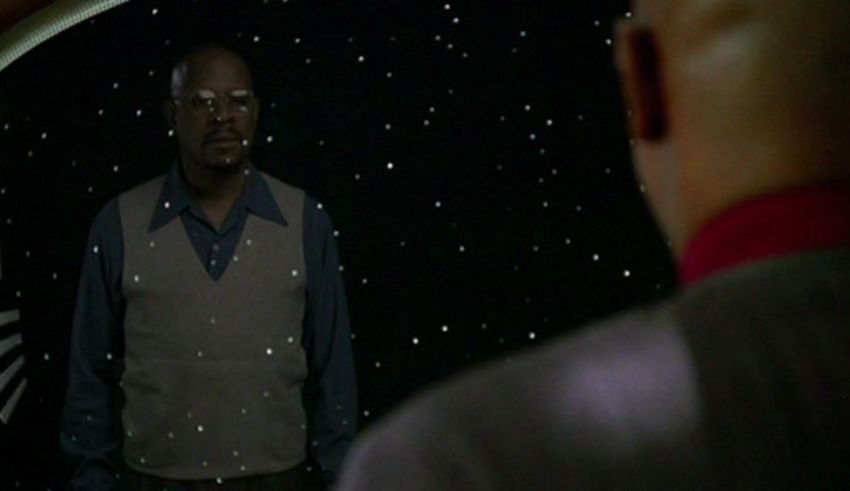 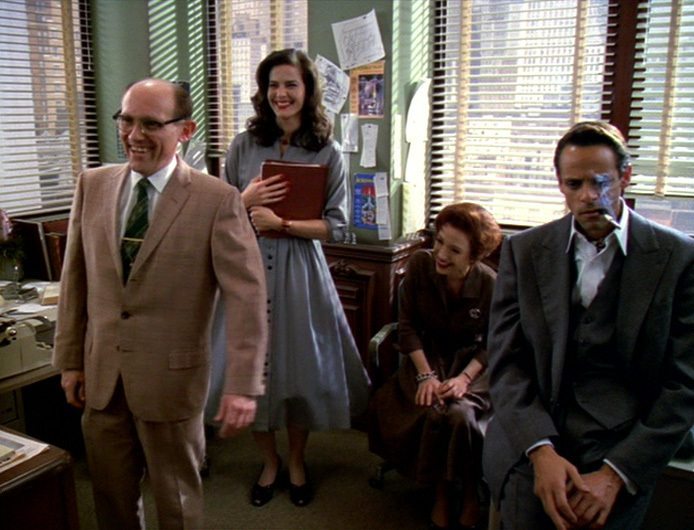 2016 marks the 50th anniversary of the seminal science fiction series STAR TREK. Over the course of five decades, the franchise has produced a combined 28 seasons of television, 13 feature films, and countless pieces of tie-in media (such as novels and comics). Over the last several months, Comicsverse has been exploring the evolution of series and its cultural resonance in our Trek at 50 series.

READ: Why does STAR TREK endure? Find out here.

A vast majority of these instances have been steeped in heavy sci-fi allegory. For example, the aforementioned kiss was forced by all-powerful aliens. Another long-running story arc saw the height (and later ending) of the Cold War played out through the Federation and Klingon Empire. One of the few major exceptions to this is the DEEP SPACE NINE (DS9) episode “Far Among The Stars.”

By its sixth season, DS9 had hit a groove as the TREK series most willing to expand the franchise’s boundaries. Unshackled by the episodic one and done “crew on a single ship” conceit, the space station-based series developed a serialized structure. This eventually culminated in the multi-season long Dominion War. 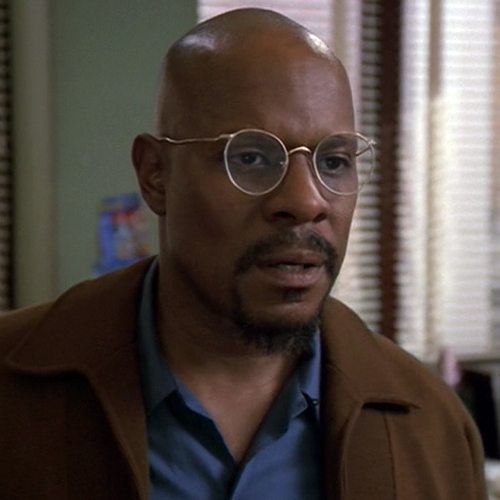 “Far Beyond The Stars” aired right in the midst of said storyline. The episode revolved around Captain Benjamin Sisko, (Avery Brooks, who also directed the episode) who was despondent over the wartime death of an old friend. In response to his emotional state, the Prophets (a long-running subplot featured Sisko as a messianic figure who was in touch with the species) place Sisko inside a vision.

The captain believes he’s actually Benny Russell, a science fiction author on 1950’s Earth who works at a magazine that’s staffed by the rest of the DS9 cast in new roles. The majority of the episode is devoted to Benny trying to get a story published based on the adventures of Captain Benjamin Sisko, and the racial prejudices that keep him from doing so.

READ: Check out our review of STAR TREK BEYOND!

“Far Beyond The Stars,” which was written by DS9 showrunner Ira Steven Behr and series regular writer Hans Beimler, uses its unusual plot structure in two very interesting ways. The first, as alluded to above, is to directly tackle racism and sexism through the lens of reality. Instead of an allegorical tale of alien species, Benny Russel is a black man who struggles in a world that won’t accept him. He’s presented as arguably the most talented writer on the “Incredible Tales” magazine staff, yet the publishing company keeps him out of the spotlight at all costs. There’s no biographical information accompanying his stories, and he’s barred from being in the staff picture. The ultimate indignity comes when the story he’s been working on all episode is “pulped” (publication parlance for destroyed) after the publishers get cold feet about publishing a story written by a “negro.” While the topic of racism is nothing new to the TREK world, seeing it addressed directly and bluntly was especially startling. The episode really hits home in a way that the more fanciful explorations of the topic don’t. 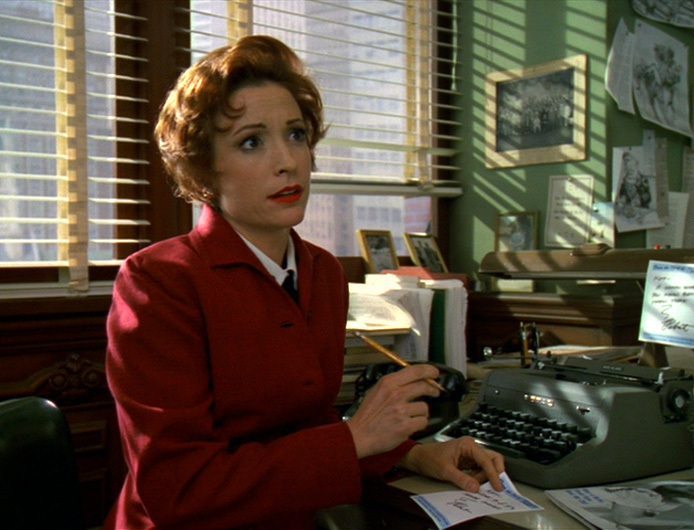 While not given the same focus as the racism story, the episode also touches on the subject of sexism through the character of writer K.C. Hunter (played by Kira Nerys actress Nana Visitor). Based on real life TOS/NEXT GENERATION writer D.C. Fontana, the character is portrayed as having to hide her femininity. Much like Benny, the publishers of “Incredible Tales” hide her at all costs for fear that readers would be turned off by knowing they were reading a story written by a woman. She is also barred from appearing in the group photo, and just like the real Fontana, was forced to use a nom de plume. In some ways, seeing direct sexism tackled on TREK feels even more out of the ordinary than direct racism. Sexism was, even allegorically, mostly ignored throughout early TREK and during the spin-offs. Much like the Benny Russell storyline, the frankness of the depiction works really well, and allows the storyline to feel relatable to average viewers.

READ: Interested on how STAR TREK critiques itself? Check out our exploration of the topic here.

The second way the episode plays with typical TREK is the way it embraces meta-references and a bit of fan service. Very few installments of the franchise engage in any type of meta-commentary, so it stands out a great deal. In addition to Brooks and Visitor, the rest of the cast’s 1950’s roles are chock full of references to their characters. Some examples include Colm Meany, who regularly portrayed engineer Miles O’Brien, as the robot-obsessed Albert Macklin. Ever honorable Klingon Worf’s actor Michael Dorn portrays a dishonorable baseball star. The bad guys even get into the fun, with antagonists Jeffery “Weyoun” Combs and Marc “Dukat” Alaimo portraying racist police officers who persecute Russell. In addition to the characters, the “Incredible Tales” office is full of artwork and obscure references to all of the TREK produced up to that period.

DEEP SPACE NINE’S “Far Beyond The Stars” is one of the most interesting entries in the entire STAR TREK canon. The 1950’s setting allows the whole story to feel, no pun intended, down to Earth. The episode’s setting, and plot structure allows for a different , meta type of story rather than typical for the franchise, which in turn allows it to truly standout among the other 700+ episodes.