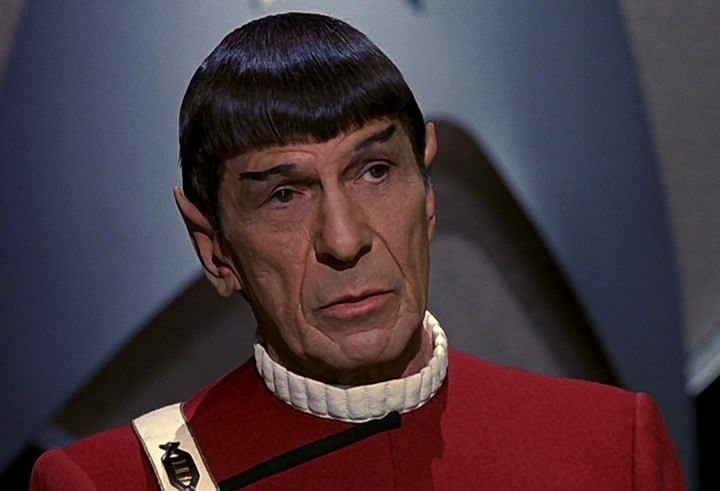 The year 2016 marks the 50th anniversary of the seminal science fiction series STAR TREK. Over the course of five decades, the franchise has produced a combined 28 seasons of television, 13 feature films, and countless pieces of tie-in media (such as novels and comics). While Gene Rodenberry’s vision of a future utopia has had a lot to do with that enduring success, the series’ characters have had a great deal to do with it as well.

READ: Check out the first part of our STAR TREK archetypes series, focusing on the show’s captains.

From a character standpoint, the original STAR TREK was primarily built around the Kirk/Spock/McCoy triangle, as they often sparred over what course of action to take in any given episode. These three, especially Kirk and Spock, became deeply ingrained in the pop culture lexicon and gained further prominence as the franchise evolved into films based on The Original Series (TOS). Spin-offs such as THE NEXT GENERATION (TNG) diversified their respective casts, but for the most part kept these archetypes in place, even as they played with their fundamental characterizations.

In part one of this series we looked at the how the role of Captain changed from Kirk through Picard, Sisko, Janeway, Archer, and back to Kirk. This time we tun our attention to the second archetype of the triangle: The Alien Other.

Part Two: The Alien Other

While William Shatner’s Captain Kirk, Patrick Stewart’s Jean Luc Picard, and others crossed into pop culture, there’s perhaps no more beloved TREK character than Spock. The human-Vulcan hybrid played by Leonard Nimoy was the breakout character during the three year run of the original STAR TREK. His stoic performance endeared him to the show’s early fan base.  Nimoy portrayed the character as hyper-intelligent, in many measurable ways the smartest of the Enterprise crew. However, due to his upbringing on Vulcan, where feelings are systematically buried, he was constantly befuddled by what he saw as the overly emotional outbursts of his shipmates. Spock’s heated exchanges with McCoy (and to a lesser extent, Kirk) became the backbone of inter-crew drama throughout the series run. On top of that, the rare occasions where Nimoy tapped into Spock’s emotional side–such as in “Amok Time”–made for some of the series’ most compelling moments. This dichotomy became the basis for all of the Alien Other TREK characters to come: a hyper-intelligent, supremely competent character who (whether due to species or other circumstances) simply cannot understand the emotional nuances of their human shipmates.

While STAR TREK was cancelled in 1969, the series–and Spock in particular–only grew in popularity during the 1970s. The character became so omnipresent that Nimoy titled his biography “I’m Not Spock.” However, Nimoy was back on board by the time STAR TREK: THE MOTION PICTURE was released in 1979. Over the course of the six films starring the original cast, the actor further evolved Spock’s persona. While still aloof and guided by logic, Spock now readily accepted and acknowledged the strong bonds he felt with his shipmates. The best example of this would be when he sacrificed his life to save the ship and crew in STAR TREK II: THE WRATH OF KHAN. The moment when he tells Kirk “You are, and forever will be my friend Jim,” has become one of the most iconic in the history of the franchise because of all of the relationship and character development that came before.

While Nimoy was evolving Spock on the silver screen, STAR TREK: THE NEXT GENERATION was introducing their own version of the archetype. On the surface the android Data, as played by Brent Spiner, was similar to Spock. The character was super-intelligent, and mystified by the emotions of his crewmates. However, the two characters were actually inverses of one another. Whereas Spock was trying to suppress emotions, Data was fascinated by them. From the pilot episode on, Data’s desire to explore humanity and become more human was a major subplot of the series and the later TNG films. This allowed Data play a similar role to Spock in plots and interacting with the crew, but with entirely different motivation.

Interestingly neither of the following two spin-off series, STAR TREK: DEEP SPACE NINE (DS9) and STAR TREK: VOYAGER, began with an “Alien Other” character in an important role. However, each would develop one as they went on. In DS9’s case it was the character of Odo played by Rene’ Auberjonois. The mysterious shape-shifting station constable was part of the cast from the beginning and had the same befuddlement at humanity that Spock and Data had. The character also sees a very distinct line between right and wrong, and initially doesn’t believe in shades of grey. Unlike Spock and Data, the character is kept relatively in the background for the early part of the series. It wasn’t until his link to the villainous alien race, The Founders, was discovered that the series really zeroed in on Odo as a character. This discovery directly leads to his fate in the series finale, which I won’t spoil, but will say is one of the most interesting developments in any TREK.

While Odo was present from the start of DS9, it took VOYAGER four seasons. Granted, the characters of Kes (an orphaned member of the previously unknown Ocampa species who has psychic powers, and is sadly undeveloped during her three seasons on the show)  and Tuvok (a full Vulcan security officer whose heritage is rarely touched on in-depth) had elements of the type. However it wasn’t until Jeri Ryan’s former Borg drone Seven of Nine was introduced that the show gained it’s own version of the archetype. Like Spock, Data, and Odo before her, Seven found the ever-changing emotions of humanity frustrating However, the character came at things from a completely different point of view since she had been raised as a Borg drone with no sense of individuality. Where Spock had trained all his life to bury his emotion and Data had none, Seven suddenly had her own emotions dropped on top of her in addition to dealing with those of the rest of the crew.

For the prequel series ENTERPRISE, creators Rick Berman and Brannon Braga went in an interesting direction. They took the classic Vulcan stoicism and logic of Spock and combined it with the emotional coldness (and cat-suit attire) of Seven of Nine to create T’Pol. Unfortunately, despite a gallant effort from Jolene Blalock, the character simply doesn’t work. For the most part, her Vulcan-mannerisms come off forced. At times she almost comes off as a parody of the species’ established culture. Then there’s the Seven of Nine style costume. While I can understand the producer’s desire to input sex appeal, it at least made some sense on Voyager since Seven was attempting to integrate herself into human culture. T’Pol on the other hand is a full-blooded, steeped in her culture Vulcan and dresses completely out of character for the species with no established reason. The mixture comes off as forced for a majority of the series’ run, and really doesn’t introduce any new elements to the archetype.

Just as with Chris Pine’s Kirk, Zachary Quinto’s Kelvin-Timeline re-imagining of Spock is the latest of the Alien Other archetype. However, where the new-version Kirk takes in elements of all the characters that came before, Quinto’s Spock mainly takes inspiration from his predecessor. That said, his performance over the course of STAR TREK, INTO DARKNESS, and BEYOND takes the aloofness of original series Spock and (no pun intended) melds it with Nimoy’s warmer movie portrayal. For example, over the course of the first film Quinto evolves from the completely cold Spock to appreciated Kirk’s friendship, and on some level respecting him. Essentially this is the slow development Spock took over the TOS series and films compressed into one character arc.

READ: Follow more of our STAR TREK 50th Anniversary coverage with this look at why TREK endures.

While not defined by a rank the way the role of captain is, the Alien Other has been just as important to the STAR TREK franchise. The role has appeared in every iteration of the franchise, and arguably has become just as essential to the show’s structure as any of the captains. From the original Spock all the way to new Spock, the archetype has allowed the series to examine humanity from an outside perspective through various lenses and personalities.