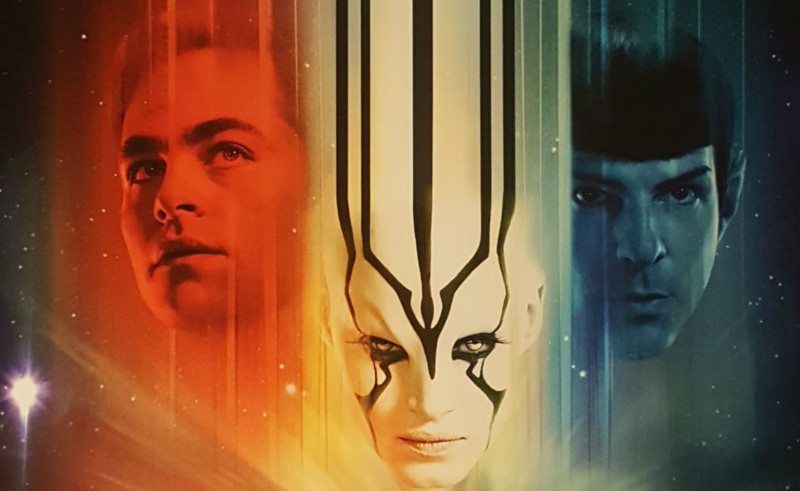 As discussed earlier in this series, part of STAR TREK’s lasting appeal is its vision of the future as a utopia. In STAR TREK, the people of Earth finally overcame their interpersonal differences and united under one flag. This unification allowed humanity to reach out to the stars and form an even grander society in the United Federation of Planets. It’s refreshing to see this side of humanity portrayed in sci-fi. In a genre that’s currently dominated by dystopian, apocalyptic versions of our future, STAR TREK is the series that believes in humanity’s strengths. However, it’s naive to think that a perfect world can simply appear overnight. There will always be resistance to change, and how we react to that change is what makes our moral choices so difficult and sometimes impossible. The TREK franchise has never been afraid to examine itself, directly questioning the moral certainty of the Federation in order to, ultimately, reaffirm the themes of STAR TREK.

The goal of ships in the Federation—like the USS Enterprise—is to, as the opening narration says, “seek out new life and new civilizations.” Their hope is to make contact with new alien worlds while still obeying the Prime Directive, the central rule that anyone from the Federation must not interfere with the society or development of any species on a new planet. As Captain Jean-Luc Picard summarizes in the episode “Symbiosis”:

“The Prime Directive is not just a set of rules; it is a philosophy… and a very correct one. History has proven again and again that whenever mankind interferes with a less developed civilization, no matter how well-intentioned that interference may be, the results are invariably disastrous.”

Essentially, the Prime Directive acts as a narrative tool to keep the show from seeming like a celebration of imperialism. While planets are offered the opportunity to join the Federation, there is never any indication that a Federation crew would try to conquer or interfere with the society’s lifestyle. For example, in the original series episode “A Piece of the Action,” an entire planet bases its culture around 1920s Chicago gangsters after a Federation vessel leaves behind a book on criminals of the early 20th century. 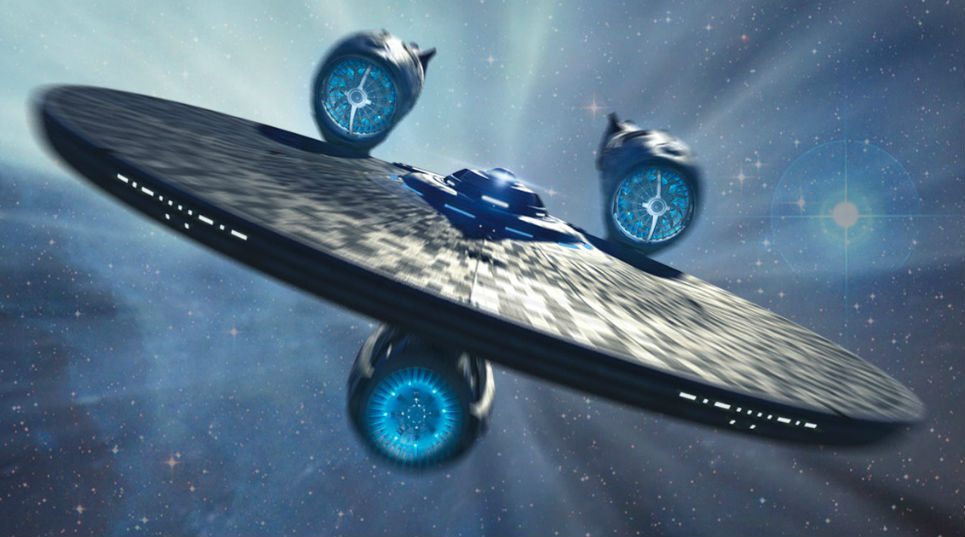 All of this is put in place to establish the primary goal of the Federation: peacekeeping and diplomacy. While they may have military ranks and weapons, the purpose of the Federation is to act as equal parts diplomat and scientists. When the original series begins, it has been hundreds of years since the initial founding of Starfleet and the Federation. The audience is not privy to what occurred before the new utopia was formed. This leaves the unanswered question of what must it have been like for Earth’s society to transition from its former war-torn self (as discussed in episodes like “Space Seed”) to a harmonious world of peace.

While the peace presented in the original series and STAR TREK: THE NEXT GENERATION seems great, in some episodes, the idea of the utopia provides many of the characters with a level of moral certitude that removes the moral quandary of making an impossible choice. This level of comfort seems to be what directly inspired the series STAR TREK DEEP SPACE NINE.

“A Saint in Paradise”

A STAR TREK series that seems to be built on the idea of hard choices, STAR TREK DEEP SPACE NINE takes place on a space station in the “wild frontier” of space. With no active Federation planets in the area, the crew of the Deep Space Nine space station must survive on their own. The crew is surrounded by conflict, particularly against the hostile race the Cardassians.

The Federation’s dedication to peace and balance means a refusal to interfere, sowing discord in the DMZ. Captain Sisko is trapped between the Federation and the Maquis. He sees the struggle they go through firsthand while the Federation stays out of touch to the reality. As Sisko puts it, “It’s easy to be a Saint in Paradise.” The Federation assumes all of its citizens are happy because everyone on Earth is happy, but the people of the Maquis live in the wild frontier of space, far from utopia. There are no good answers offered by the idealism of the Federation. This leaves Sisko in a position where he cannot possibly quell the rebellion of the Maquis and maintain the treaty as well. 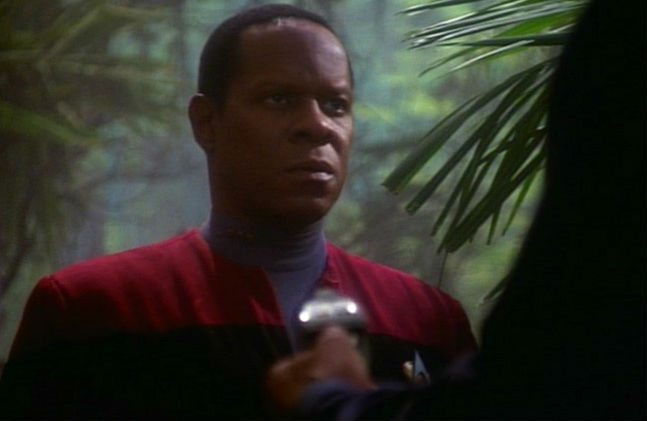 The Federation’s belief in a peaceful society is great, but they function as only the line of defense. This is why the Maquis feel they have to rebel. The Federation won’t fight for them, so they have to use guerilla tactics to fight for themselves, thus branding them as outsiders and terrorists. The Maquis can’t be diplomatic themselves because they are average citizens. They’re farmers and workers who rely on the Federation that has promised to take care of all of their problems. Without their aid and support, all they can do is rebel and fight. Which leads to the question: Do the Federation’s citizens rely on them too much? In one classic scene from Deep Space Nine, Ferengi bartender Quark discusses the nature of the Federation with former Cardassian spy Garak by comparing them to a glass of root beer:

Quark: I want you to try something for me. Take a sip of this.
Garak: What is it?
Quark: A human drink. It’s called root beer.
Garak: Uh, I don’t know…
Quark: Come on, aren’t you just a little bit curious?
Quark: What do you think?
Garak: It’s vile!
Quark: I know. It’s so bubbly, and cloying, and happy.
Garak: Just like the Federation.
Quark: But you know what’s really frightening? If you drink enough of it, you begin to like it.
Garak: It’s insidious!
Quark: Just like the Federation.

It’s hard to ignore the humor in this conversation, but it also brings up an interesting question: does the protective gaze of the Federation always work? As we saw in Sisko’s conflict with the Maquis, the Federation is so vast that it cannot always understand each conflict that its people are involved in. Not only does the Federation protect planets throughout the galaxy, but they aren’t constantly watching every single group under their control. This separation from their people makes them imperfect as a government structure. But what other choice is there for groups like the Maquis when the Federation can provide so much in terms of military assistance and diplomacy? Does the Federation really work, or are its citizens merely too complacent to try to fight against it?

BEYOND War and Peace

This is the question that is confronted in the latest STAR TREK entry, STAR TREK BEYOND. In the film, the crew of the Enterprise is stranded on a remote planet by an alien warlord named Krall. Krall rants about the Federation’s philosophy of unity creating weakness among its people. He claims that power and strength come only from overcoming struggle. To Krall, a world without problems, like Earth, is a world that is vulnerable.

CLICK: Who’s the best STAR TREK captain? Read our piece and decide for yourself!

His viewpoint has some parallels to the current American presidential election. Krall’s belief is that the progress of humanity and its beliefs in unity and globalization on a cosmic scale have made it weak. Krall wants to return to the old ways of humanity based on self-reliance and fighting for what a civilization needs. The climax of the movie explicitly rejects this philosophy. It is only through the knowledge and expertise of each individual member of the Enterprise’s crew that they are able to defeat Krall. Their greatest weapon is their unity.

Towards the end of the film, it is revealed that Krall is not actually an alien at all. He is from Earth, and his true name is Balthasar Edison. Edison was a captain on the USS Franklin, one of Earth’s earliest space ships. Edison’s military career predates the formation of the Federation. He fought on the front lines in the battles that brought Earth to its current peaceful state. With this information, the entire context of the film and Krall’s motivations change. Edison is a space-faring Colonel Kurtz, lost in the heart of darkness of the cosmos. When his ship vanished into space, Edison blamed the Federation. He feels that the now peace-loving world he left behind no longer had a need for a soldier like him. 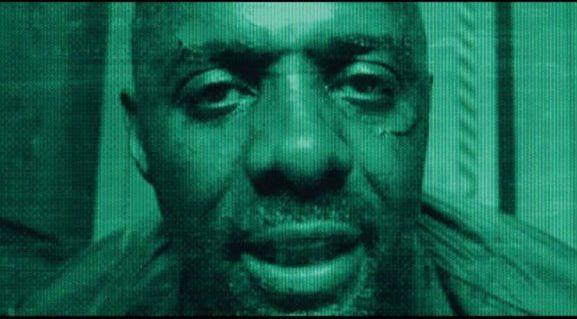 This reveal gives a tragic pathos to the villainous Krall. The Federation found a way to move beyond the terror of violence and war to create a better society, leaving him as a relic of a bygone era. As film critic VyceVictus points out in his great review of the film, “Edison/Krall represents this primitive militaristic way of thinking and why it is doomed to failure, whereas Kirk and the Federation represent the possibility of a way forward to prosperity through unity and mutual understanding.” Taking the meaning of Edison’s fate a step further, the horror of Edison’s transformation, both physical and psychological, acts as an equally damning criticism of both America’s treatment of its veterans and, apparently, Starfleet’s treatment as well. Unable to escape the shadow of war, Edison attempts to push the Federation back to its old ways of violence and combat. Edison’s tragedy isn’t that he can’t escape war, but that the society that ended the war was unable to help him return from the edge.

Edison’s experiences have shaped his beliefs in such a way that he cannot accept peace. These lingering scars of war are also addressed in the original series episode “The Balance of Terror.” In the episode, the members of the USS Enterprise become the first people to lay eyes on their previously mysterious enemies the Romulans. The Romulans were a race that the Federation had been engaged in a long war with, but they had never actually seen what their race looks like due to the technology of the time. When the Romulans reveal themselves, it becomes clear that they are similar in genetic make-up to Vulcans. A crew member immediately becomes suspicious of Spock simply because of his appearance. It acts as an indicator to the audience that some forms of bigotry will always remain, even in the utopia of STAR TREK. Kirk immediately rebukes the crew member’s verbal indignation towards Spock. Kirk remains steadfast in his belief in Spock, which ends up being a factor in the day being saved.

While “Balance of Terror” sees a resolution to the bigotry present on the Enterprise, STAR TREK BEYOND does not provide a pat conclusion to the conflict. These moments illustrate that war-like behaviors and biases cannot simply be swept under the rug. Even the Federation, for all of its strengths, cannot completely purge all hate from the heart of people. Suddenly declaring peace isn’t enough to change the hearts and minds of every person. What Starfleet can do, and clearly does throughout all TREK shows, is remind people of the potential for empathy we all have.

The reason, as Quark states, that citizens “learn to like [The Federation]” doesn’t come from complacency. The actions of leaders like Kirk and Sisko aren’t the actions of complacent men. Both of them see the genuine good in what Starfleet does and fight to preserve its morals. In his final confrontation with Edison, Kirk says. “I learned it’s better to die saving lives than to live with taking them. That’s what Starfleet taught me.” That is the kind of moral lesson that can only come from a utopian society that values all of its people. Hopefully, it’s the lesson we all take from STAR TREK, too.