The year 2016 marks the 50th anniversary of the seminal science fiction series STAR TREK. Over the course of five decades, the franchise has produced a combined 28 seasons of television, 12 (soon to be 13) feature films, and countless pieces of tie-in media (such as novels and comics). While Gene Rodenberry’s vision of a future utopia has had a lot to do with that enduring success, the series’ characters have had a great deal to do with it as well.

READ: Check out the first part of our TREK At 50 series, “Why STAR TREK Endures”

From a character standpoint, the original STAR TREK was primarily built around the Kirk/Spock/McCoy triangle, as they often sparred over what course of action to take in any given episode. These three, especially Kirk and Spock, became deeply ingrained in the pop culture lexicon and gained further prominence as the franchise evolved into films based on TOS. Spin-offs such as THE NEXT GENERATION diversified their respective casts, but for the most part kept these archetypes in place, even as they played with their fundamental characterizations. In examining the way the parts of that triangle have evolved, we can view how each iteration of STAR TREK has built on and evolved from previous ones.

Part One: The Captains 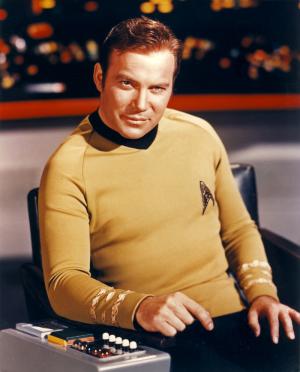 Captain James T. Kirk, as portrayed by William Shatner, became an iconic character over STAR TREK’s initial three-year run. Shatner’s over-emotive acting style, while easy to parody today, imbued the captain with a sense of sincerity and righteousness that defined him as a hero. Beyond that, Kirk was a man of his times. He had the stereotypical qualities of a square-jawed action star, who became physical when necessary and often was intimately involved with female characters.

However, Kirk also embodied the changing attitudes of the late 1960s. While plots often dictated that he use physical force, the character always employed it only as a last resort. He had no patience for prejudice, even against enemies of the Federation—as seen in the classic episode “Balance of Terror.” He also exemplified the tone TREK set for the future, treating diverse characters such as Uhura, Chekov, and Sulu as equals despite the prejudice many in the viewing audience had against their respective races. 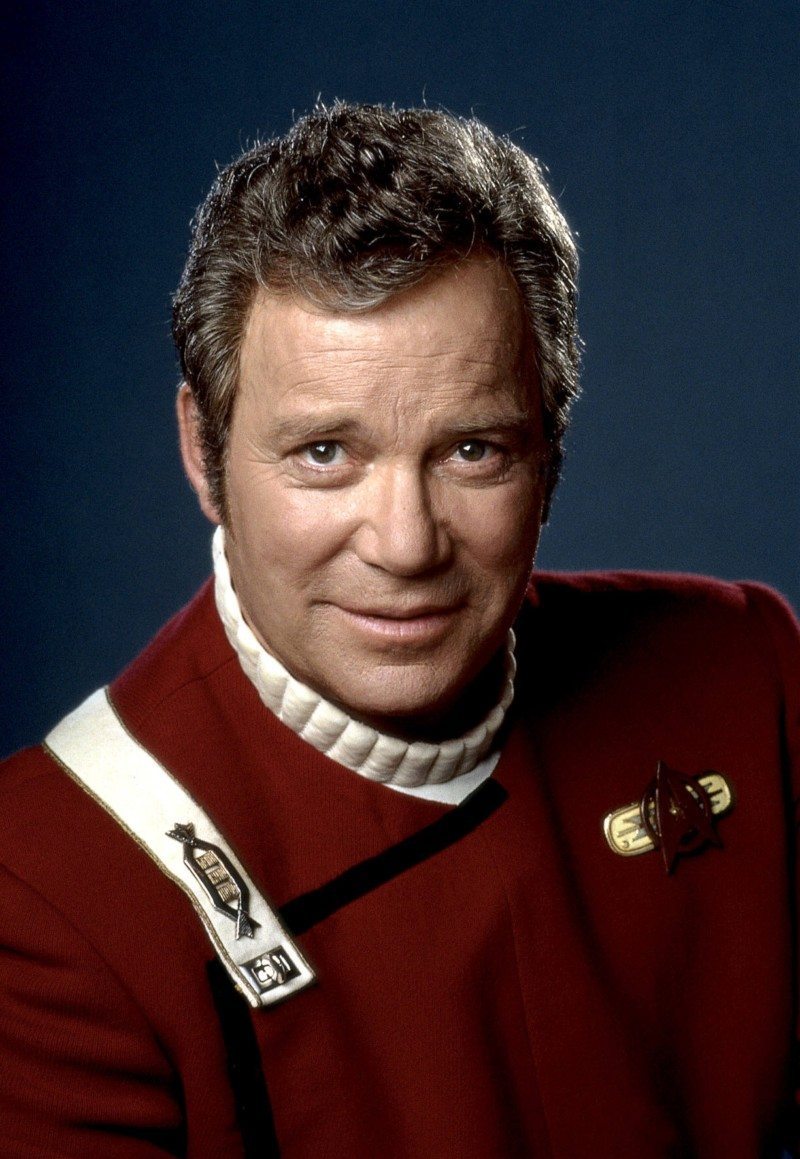 As the TREK films began, Kirk evolved into a much different character. While still the consummate leader, a mid-life crisis began to take hold. Over the course of the six TOS films, he deals with the fact that he’s getting too old for a Starfleet career yet has no family or life to retire to. It’s a breath of fresh air for the character, and a new wrinkle that Shatner explores with aplomb. 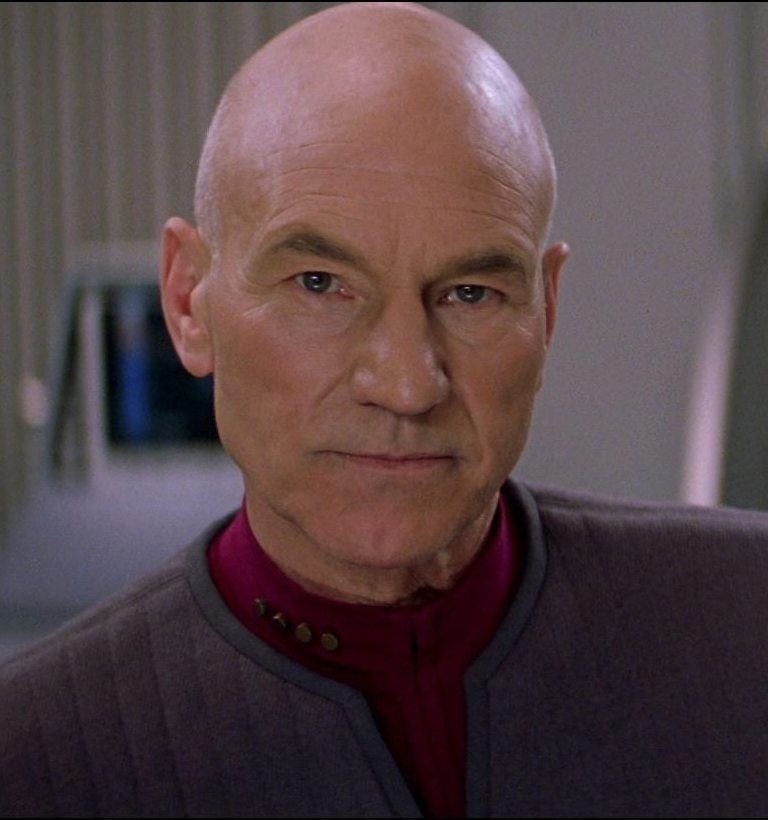 At the same time Shatner was in the midst of reinventing Kirk on the big screen, STAR TREK: THE NEXT GENERATION debuted on television in 1987. The series was headlined by Patrick Stewart as Captain Jean-Luc Picard, a character who was in many ways the opposite of Kirk and yet fit into the archetypical role just the same. Picard was presented as a colder, more cerebral character than his predecessor. Whereas Kirk wore his emotions on his sleeve and seemed to have close bonds with nearly every member of his crew, Picard was an aloof character who kept up a cool and collected demeanor among friends and foes alike. In terms of defeating foes, Picard was more prone to find diplomatic or psychological ways to settle conflicts. While the character became more open with his crew, eventually considering them family by the time the TNG films arrived, he remained aloof with a majority of his team. Even with all their differences, Picard still shared Kirk’s moral sense of command. 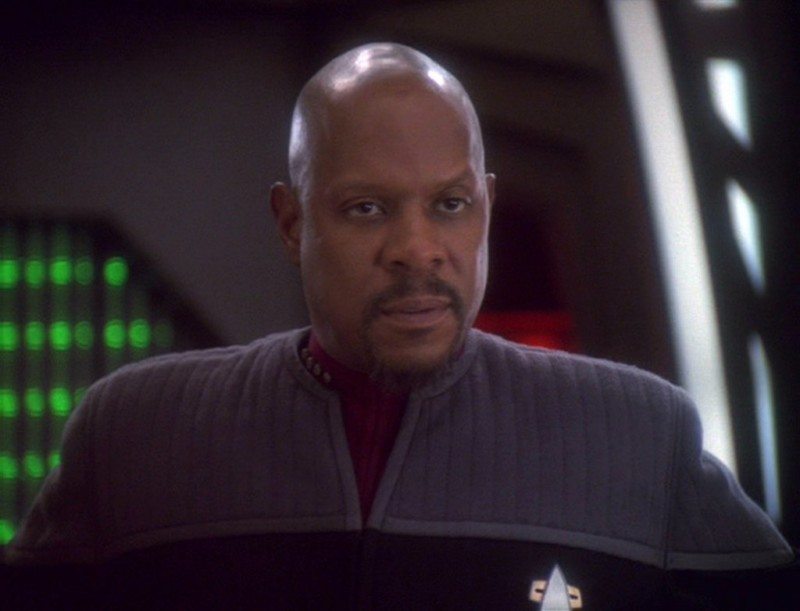 As the franchise rolled on, the commanding officers became more diverse despite continuing to follow the same heroic path of Kirk and Picard. Befitting the different nature of the second TREK spin-off, DEEP SPACE NINE, the series’ African American star Avery Brooks begins the show at the rank of Commander. Beyond the different status, Brooks’ character, Benjamin Sisko, is also the angriest Trek character we’ve seen. He holds Captain Picard in contempt for the actions the Captain took while briefly assimilated by the Borg, which led to the death of Sisko’s wife. Furthermore, he doesn’t command the Federation flagship of his dreams as Kirk and Picard did. He’s instead relegated to commanding a Federation outpost on the edge of enemy space. While he does eventually become comfortable on Deep Space 9 and is, in due course, promoted to Captain, Sisko never loses his edge. As the Dominion War heats up, he engages in morally questionable behavior that sometimes crossed the line to criminal. While on the surface this is the antithesis of Picard and Kirk, Sisko’s desire to protect his crew and the Federation at all costs is more inline with them than it appears.

READ: Fan of the STAR TREK films? Check out our two-part rankings here and here. 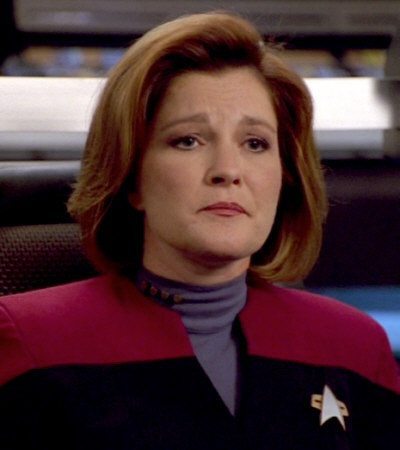 Kate Mulgrew’s character Kathryn Janeway, the star of  STAR TREK VOYAGER, is more inline with the traditional captain archetype than Sisko. But that’s not to say she’s exactly the same. For starters, she’s just that: a she. Being a female captain immediately differentiated her from the others. Perhaps due to her gender, Janeway was written more as a caretaker than a commander of her crew. She had personal relationships with everyone on the ship and platonically fraternized with many of them on a first-name basis. That’s not to say she doesn’t make command decisions, however, as Janeway is often shown to be a by-the-book captain willing to make sacrifices. In fact, it’s a choice made by Janeway to destroy the immensely powerful, potentially destructive “Caretaker’s Array” that strands the Voyager in the Delta Quadrant to begin with. Janeway’s split devotion to her crew and the prime directive separates her a bit from the other captains, as she’s more apt to weigh her command decisions instead of acting rashly. However, she still commands her ship with the same sense of leadership as Picard and Kirk, while valuing the lives of her people over the rules is a trait she shares with Sisko. 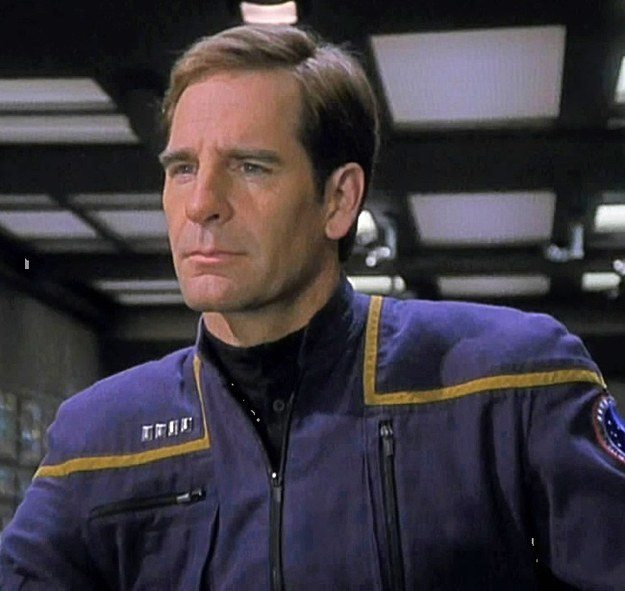 The final two iterations of principal STAR TREK captains are each a direct synthesis of all who came before. First there’s Scott Bakula’s Jonathan Archer, lead character of the prequel series ENTERPRISE, who was advertised as a return to a Kirk-style captain. However, this captain maintained the cerebral qualities of Picard, some of the rule-breaking edge of Sisko, and the camaraderie with his crew that was patented by Janeway.

While Archer was Kirk-like, the next and most recent TREK captain is a new version of Kirk himself. 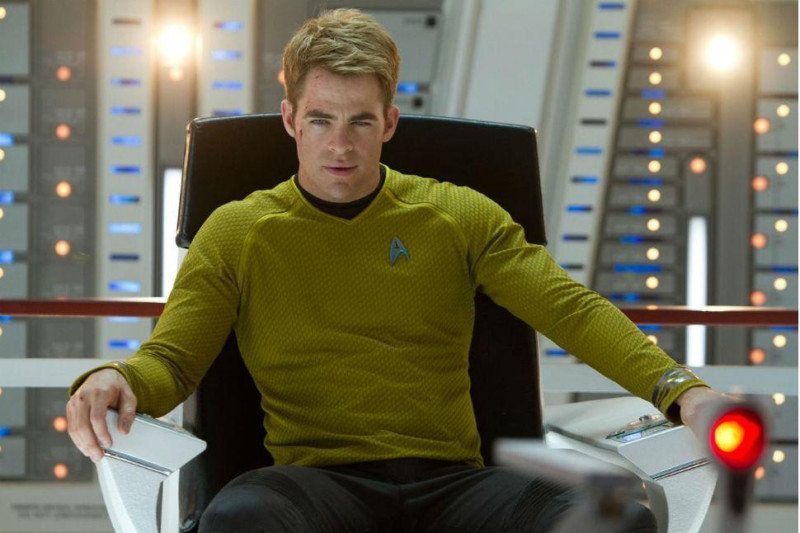 Actor Chris Pine takes on the role in the alternate film universe commonly known as the JJVerse (named after director J.J. Abrams). Pine’s Kirk is actually reminiscent of Archer in that the writers have taken elements of each previous captain and melded them into a new version of Kirk. He’s still devoted to the mission of Starfleet like Picard, however he’s willing to push the rules to the breaking point a la Sisko. His relationship with his crew is more reminiscent of Janeway than the others, as Pine presents himself as much as a friend as a commanding officer. While these traits sometimes lead to the writing of the character feeling a bit schizophrenic, they definitely show how the archetype of the STAR TREK captain has evolved over time.

As STAR TREK has continued to reinvent itself over the last half-century, its original characters have developed into icons and archetypes that later TREK characters were built on. In turn, those later characters added their own wrinkles to the ever-growing mythos, building a stable of iconic personalities. Beyond TREK, the model of a headstrong, moral captain has transcended the franchise and bled into other sci-fi series including BATTLESTAR GALACTICA, STARGATE, and others. Even after 50 years, the iconic TREK captains are shaping pop culture, and reshaping themselves in the process.