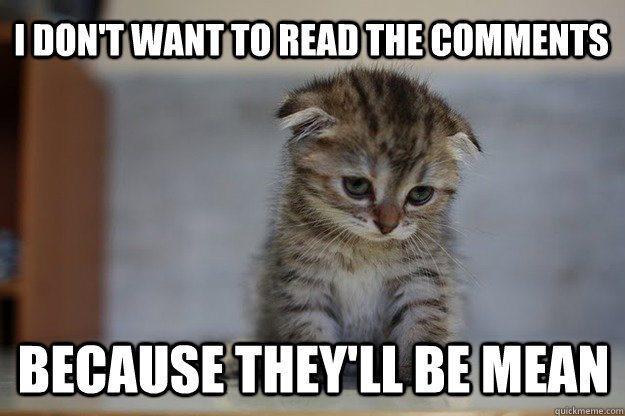 It’s no secret that the internet is full of trolls that thrive on people’s misery, or that things can get very out of hand in the YouTube comments section. Toxic internet culture has constantly been on the rise. Some people will remember the 2014 Tumblr-4chan “raids,” where 4Chan users flooded certain Tumblr tags with images of gore, and Tumblr users tried to shut down the 4Chan website. Others will think of popular memes like the Navy Seal Copypasta, a sarcastic comment mimicking the way “internet tough guys” threaten dissenting commenters.

While these iconic bits of internet culture are funny, the culture they represent is not. The “online disinhibition effect” has only worsened over time. ODE is when users feel less or not at all socially inhibited when interacting over the internet, and behave in a way that they wouldn’t in face-to-face situations. The six factors that contribute to ODE are perceived anonymity, invisibility, time disparity, assigned/assumed personality (of the other person), dissociative imagination (online vs. real life), and minimization of authority. As summarized by John Suler, a psychology professor at Rider University who coined the term ODE, these factors can be understood as: “You don’t know me,” “You can’t see me,” “See you later,” “It’s all in my head,” “It’s just a game,” and “Your rules don’t apply here.” Let’s take a look at how these factors appear in pop culture and on social media, and just how dangerous this mindset can be.

CLICK: Check out Brian Long’s argument against the Marvel vs. DC debate here!

This 2016 teen techno-thriller adventure film based on Jeanne Ryan’s novel depicts a worst-case scenario of perceived anonymity. In the story, the characters play Nerve, a game of “truth or dare, without the truth.” The Watchers, who pay to join, dare the Players, who play to earn money. The rules are as follows:

The game ends with the two most popular users competing in a highly lucrative final round. However, the dares get progressively more dangerous and illegal. Things quickly go from kissing a stranger to riding a motorcycle at 60 mph blindfolded to committing murder. Ironically enough, the movie shows the pitfalls and benefits of the internet. While Watchers are promised anonymity, all the Players’ information is quickly downloaded from online. When the main character, Venus, breaks the third rule, the Watchers hack into her family’s bank account and steal all their finances.

In the end, the Watchers pit Venus against her boyfriend, Ian, and dare them to shoot each other. When Venus refuses, condemning the Watchers for hiding behind their anonymity, the Watchers vote for the third place player, Ty, to shoot her. Venus continues to chastise the group of anons, asking one of them to tell her their name and take off their mask. Because of their perceived anonymity and invisibility, they feel powerful enough to order the Players to murder each other. Combined with the idea that “it’s just a game” and “the rules don’t apply here,” every Watcher is under an extreme case of ODE. However, it’s not until Venus gets “shot” that the Watchers realize what’s at stake. Her friends Tommy and Azhar were able to rewrite the game’s code, replacing the Watchers’ usernames with their real names, and displaying the message, “You are an accessory to murder.”

NERVE shows how toxic internet culture can become when unchecked. When users are under the impression that they’re “safe” and no one will know who they are or what they’re doing, anything seems okay. Plus, when they aren’t held accountable for their actions, or when what happens is subjectively “not that big a deal,” it’s easy to live with themselves. Until that’s not true.

READ: What makes an “Epic” story? Check out this breakdown of modern epic tales like LORD OF THE RINGS!

Here’s a real-world example of ODE’s finest work: Recently, STEVEN UNIVERSE concluded its Summer of Steven special series of episodes. We learned a lot more about the Crystal Gems as aliens and saw a lot more of the redeemed Peridot and recovering Lapis Lazuli. Fans also got to see more of Jasper and learn more about the mysterious Rose Quartz. This was great for the theory side of the fandom, who have constantly been speculating about Rose’s true nature. On the other hand, the shipping side of the fandom was enraged. Why?

In episode 100 “Beta,” the gems Peridot and Lapis become roommates. They end up living together in an abandoned barn after some argument. In later episodes, we see that they’ve gotten used to each other and have improved their relationship. Lauren Zuke, a storyboardist for STEVEN UNIVERSE, shared some art of Peridot and Lapis looking friendly together, possibly supporting them as a couple.

Select fans who prefer Amethyst and Peridot together (Amedot shippers) were not happy with this. They accused Zuke of being biased towards a ship and of queerbaiting. (Queerbaiting is when producers or artists tease LGBTQA+ fans with romantic interactions between same-sex characters that will never be canonically involved.) This, of course, is a ridiculous allegation, as Lauren Zuke is a gay woman. Furthermore, STEVEN UNIVERSE already has a canonically gay couple, Ruby and Sapphire, so to accuse the show of queerbaiting is mildly outlandish.

Since then, Zuke has deleted her Twitter account, saying, “Remember you’re tweeting at a literal human being (that’s what I am btw) and life exists outside of Steven Universe,” before leaving for good.

This toxic atmosphere isn’t new, either. Last year, similarly toxic fans drove Tumblr artist Zamii070 to attempt suicide. Tumblr users accused Zamii of everything from racism to transphobia. STEVEN UNIVERSE fans began to harass her for depicting a “too skinny” rendition of Rose Quartz, an eight-foot-tall lady, larger than life and most humans. These same criticizers turned on the Crewniverse (the STEVEN UNIVERSE production team) for saying, “Fanartists can create whatever art they want.”

In this situation, we might not see as much of the ODE effect. Although many of these harassers hide behind usernames, they’re not totally anonymous. Many Twitter and Tumblr users are very public with their interests and even their faces and information, short of addresses or personal contact information. So what is at work here? It’s a sense of misplaced justice and entitlement. Production teams and artists have become increasingly more accessible. The Crewniverse is very active on social media and interacts with the fandom. They also tackle more inclusive topics, like gender and sexuality. This makes them heroes on the Tumblrverse, where diversity and equality are king, but once creators fail to meet a very niche idea of “social justice,” they’re dragged down from the pedestal by some users in destructive ways.

Zamii070 was a victim of Tumblr’s worst defining aspect: callout culture. Under the guise of “taking down a bad person,” many users go on a metaphorical crusade for people they believe are in the wrong. Oftentimes, it is someone’s subjective idea of an artist’s racist, transphobic, ableist, or pedophilic art. Users will make posts, threads, and even whole blogs dedicated to “calling out” a problematic artist or person. They will send a constant stream of criticism towards these users, stopping short—or sometimes not even short—of encouraging suicide.

This atmosphere leaves users afraid of saying the wrong thing or even painting the wrong skintone. For example, Tumblr user yourscientistfriend made a post saying, “I am scared to draw POC characters” out of the fear or potentially being stereotypical. What’s more shocking is that this artist is Latina. She mentions in her post that her father is a dark-skinned Latino, and that she is even nervous about doing color work for an image of him.

LOOK: Read all about rap in pop culture today!

Kylee Henke, a famous Tumblr artist, has also spoken out about callout culture. Oftentimes users will dig up artists’ old “self-insert” drawings, and accuse the artist of pedophilia. Self-insert art is typically when an artist draws themselves paired with a fictional character. In her DeviantArt years, before she was a legal adult, Henke was known for her abundance of self-insert art. She would depict herself with characters like Edward Elric from FULL METAL ALCHEMIST in a romantic manner. Throughout most of the TV series, Edward is 15 to 16 years old. Currently, Kylee is 27 years old. Immediately, proponents of “callout culture” labeled her a pedophile for her romantic self-insert art. Fortunately, Henke was not pushed as far as Zamii070 was. She has made a statement against the toxic practice, as well.

She references the time Tumblr falsely accused the xkit guy, a user who provided a code to fix Tumblr’s notoriously broken website programming, of being a pedophile. Tumblr user callofvalor (no longer active) provides an explanation of the whole ordeal here.

Toxic internet culture doesn’t stop there. It’s prevalent everywhere. Gabby Douglas was harassed all over Twitter for not covering her heart during the national anthem (although she is certainly not the first Olympic athlete to not do so), Leslie Jones was bombarded with hate for merely appearing in GHOSTBUSTERS, and Donald Trump has been advertising a campaign of hate that transcends the internet for the better part of a year. While things started with the online disinhibition effect, people are getting bolder under the guise of being “in the right.” This is just as dangerous as what happens fictionally in NERVE, with longer lasting potential consequences.

It is extremely necessary to take a critical look at how we treat each other. Even though the first internet trolls were very transparent about their goals in the beginning, we now have an entire culture, comprised of all generations, that mimic their actions while rallying behind some social or political crusade. Like in NERVE, things can go too far, and end up with someone dead. Cyberbullying someone to the point of suicide can get someone charged with encouraging suicide, like every Watcher in NERVE would have been an accessory to murder.

This isn’t to say that no good comes from online activism. There are criminals online that need to be removed from society and the internet can be a tool for good. However, there is a stark difference between helping a victim by contacting the appropriate authorities, and needlessly harassing someone over the internet. Who exactly is harmed when Gabby Douglas doesn’t put her hand on her heart for the pledge? How damaging is a single indie artist’s character interpretation? The point is this: think critically about online interactions, and how to truly help marginalized communities or victims. In the end, is anything really accomplished with abusive language? No matter what you claim to represent or protect, your actions will always be a greater testament to what you believe in.