America’s current president does not hold fireside chats like the leaders of the olden days. Instead, he takes to Twitter to rant, complain, insinuate, and so on and so forth. Shannon Wheeler’s upcoming graphic novel, SH*T MY PRESIDENT SAYS, has something you didn’t know you needed until now: illustrations of the often outrageous and inflammatory words from the current leader of the free world, all while using a pretty adorable version of Donald Trump.

Shannon Wheeler’s most known illustrations probably come from THE NEW YORKER, but he also has two previous graphic novels: GOD IS DISAPPOINTED IN YOU and its sequel APOCRYPHA NOW. His political art is often satirical and poignant, and now he’s drawn 120 pages of Trump gloriously bizarre tweets. 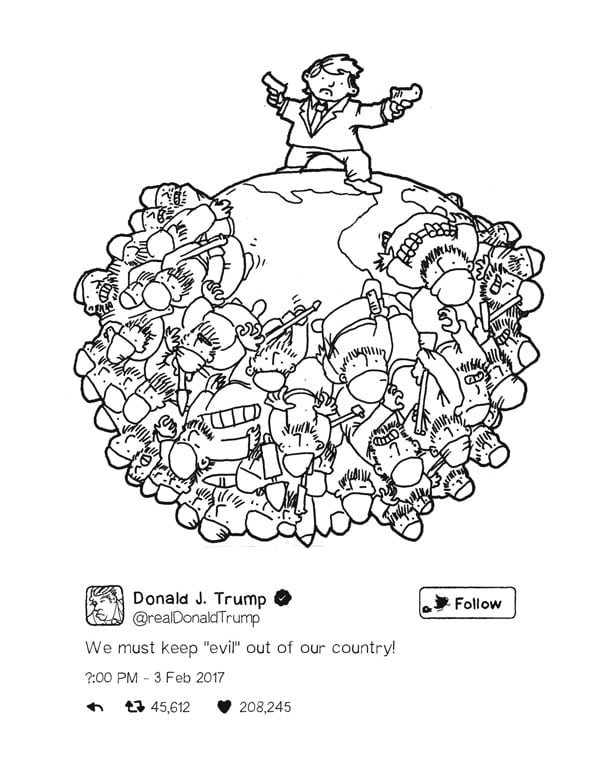 Top Shelf Productions is publishing SH*T MY PRESIDENT SAYS. Their press release reads: “Acclaimed cartoonist Shannon Wheeler (THE NEW YORKER, GOD IS DISAPPOINTED IN YOU, TOO MUCH COFFEE MAN) transforms Donald Trump’s most revealing tweets into razor-sharp cartoons. He offers a subversive and illuminating insight into the mind of the most divisive political figure of our time. Whether you love him or hate him, this take on Trump will help you come to grips with the man and his ideas thanks to Wheeler’s signature mix of slapstick and sophistication.”

LISTEN: Here’s a podcast on celebrating the X-Men Women in a Post-Trump World! They need it. 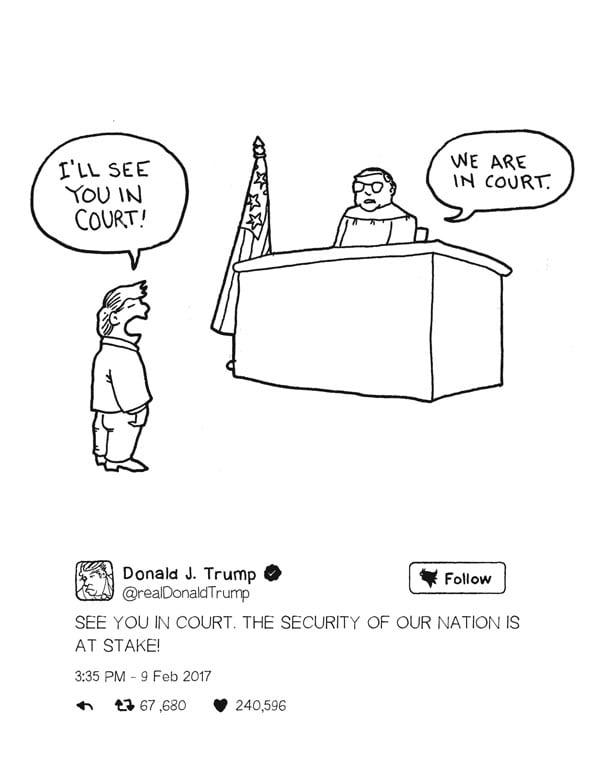 I’ve been consumed by terrifying and often extremely grave news surrounding the Trump presidency. However, I’m excited for Wheeler’s take on Trump in a way that portrays him as small and infantile, as we can see from the sample pages — a depiction which causes Trump discomfort (see: small hand anxiety). I hope this book reaches Trump’s circle and he, in a beautiful display of irony, writes many angsty tweets about it in response. As a result, this little book making fun of Trump is all I want and need. It releases August 2017, but you can pre-order it now on Top Shelf’s website. Being a hardcover with more than 100 illustrations, it’s definitely worth it at $14.99.

READ: How does Trump feel about the arts? Read this to find out. 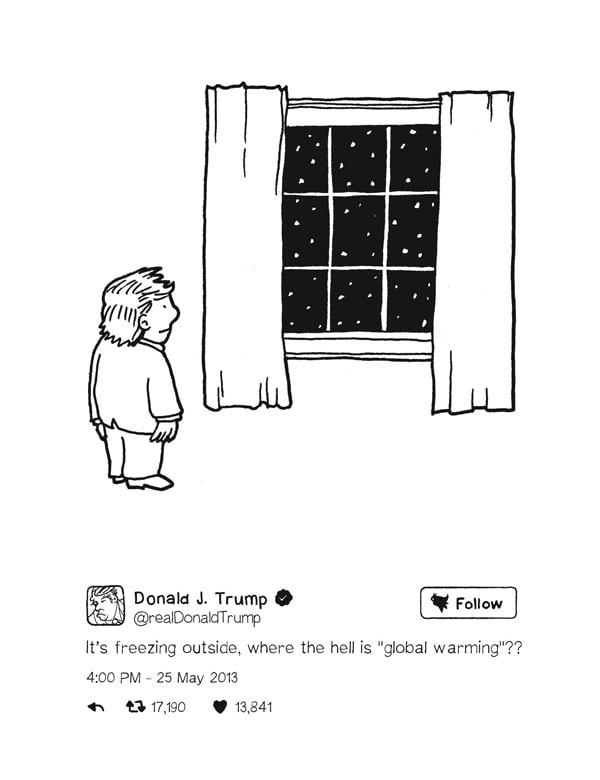