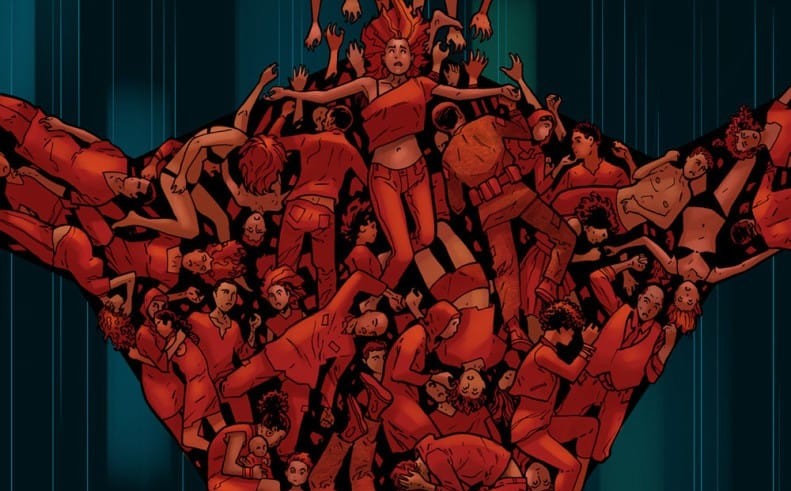 Danger: Reading this article will make you smarter…

…Okay, so maybe it won’t, but reading Top Cow‘s THINK TANK possibly could. THINK TANK is the brainchild of writer (also Top Cow President and Chief Operating Officer) Matt Hawkins and artist Rahsan Ekedal. It was first released in 2012 and tells the story of Dr. David Loren, genius extraordinaire. His smarts and innovative designs have kept the U.S. military happy for many years, but the fact that he’s creating Weapons of Mass Destruction doesn’t sit well with David. After years of procrastination and gentle rebellion, he finally decides that enough is enough, and that’s just when the adventure begins. 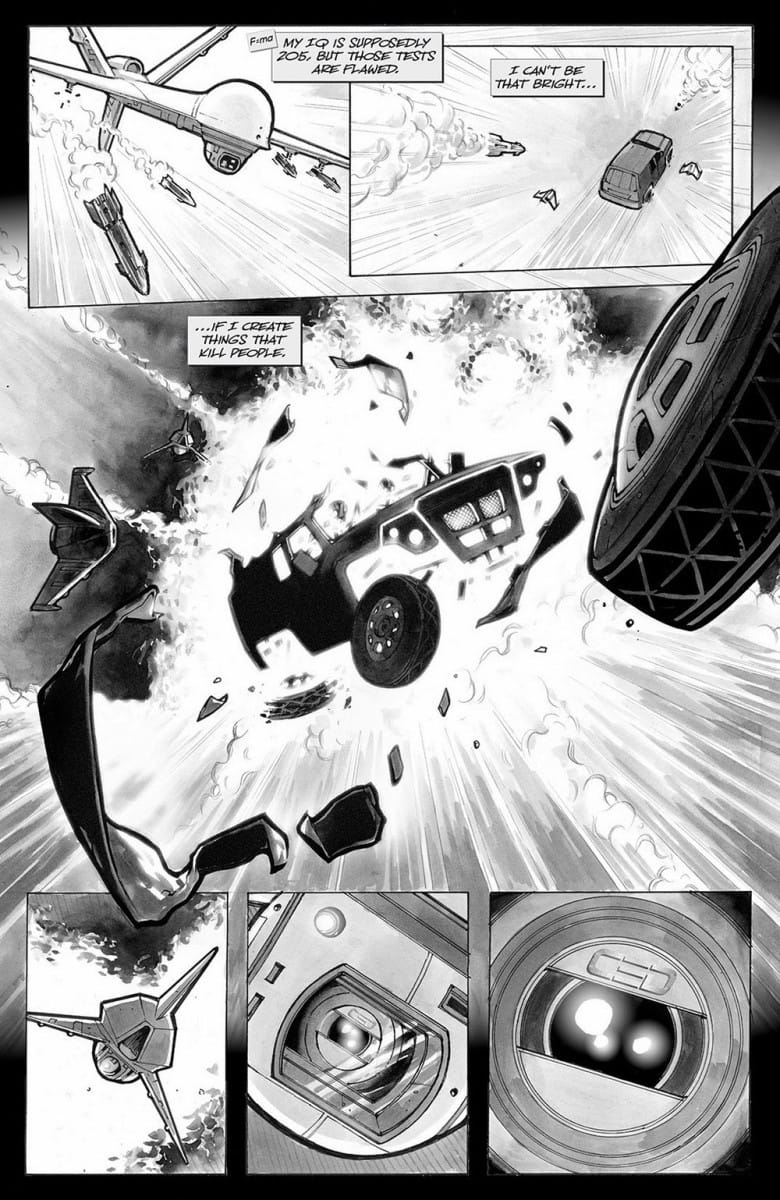 READ: Hungry for more Top Cow comics? Check out our review of POSTAL #8!

THINK TANK is a smart and fun series. It perfectly balances science and action with one of the most fun breakouts I have seen in the comics medium. Hawkins and Ekedal make Loren likeable, and the story is told in gorgeous black and white.

When it first launched, it was originally planned as a four-issue miniseries. This comic, though, bloomed into a successful 12-issue run, with a new arc scheduled for release this April. In celebration of THINK TANK’s return to your comics shelves, Top Cow has made the first four issues of the series available for free on their Facebook page. 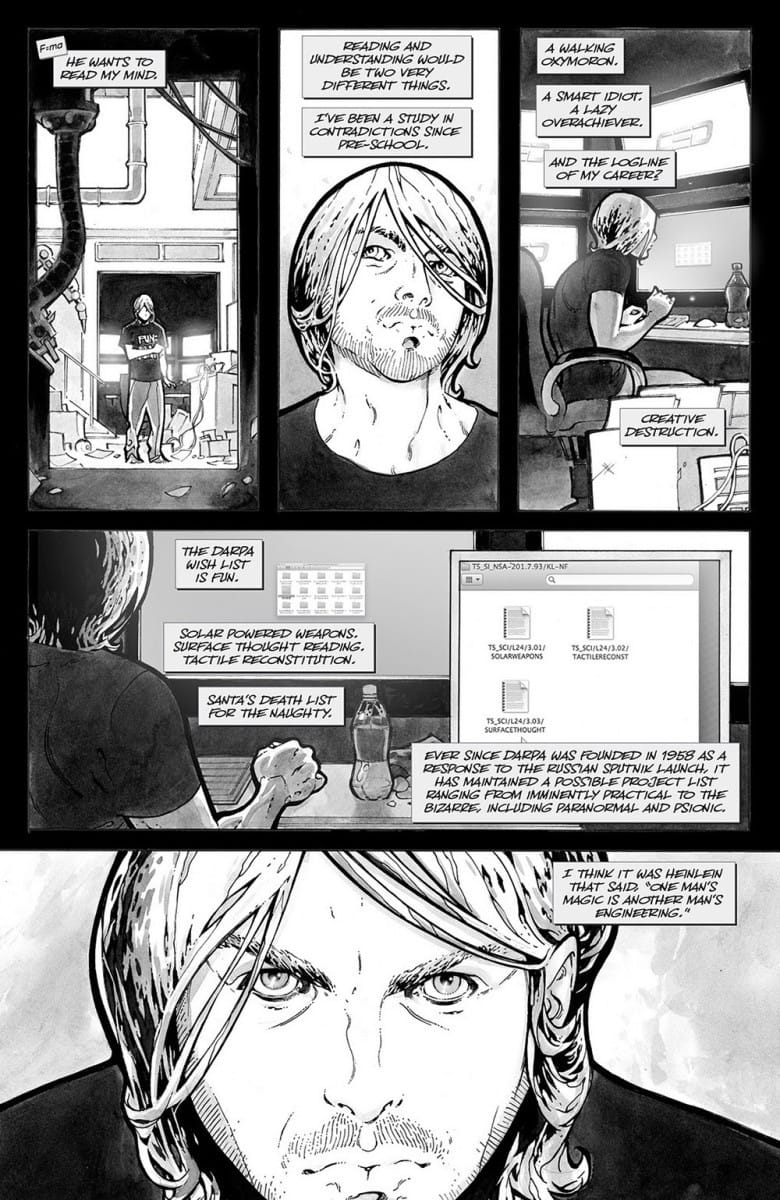 While you’re there you can also check out full color previews of the new series as well as other Top Cow projects.  So if you’re looking for a new series to jump into, try out THINK TANK. Easy to get into, and a fun alternative to the superhero genre, THINK TANK is an entertaining series. It may make you smarter. It may not. You’ll be enjoying yourself too much to care.

ENGAGE: Get the Top Cow conversation going by heading to our forums now!