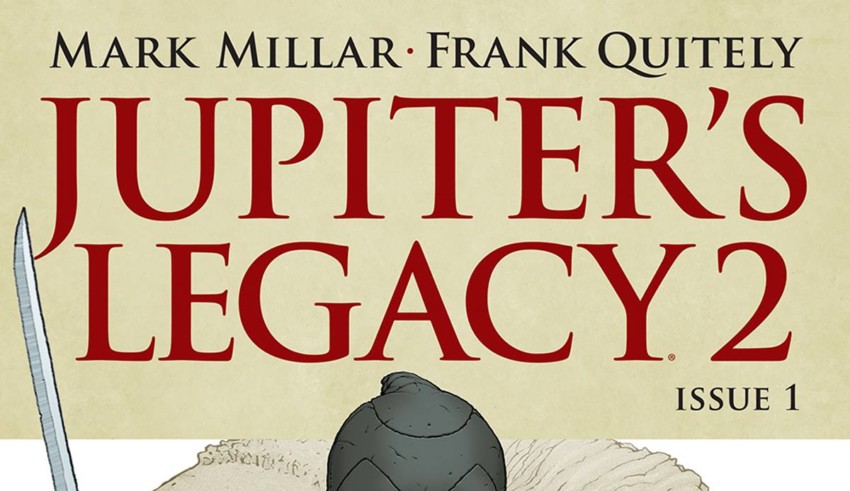 To celebrate the launch of JUPITER’S LEGACY Volume 2 from Mark Millar and Frank Quitely, Image Comics declared this Wednesday, June 29, 2016, to be Millar Day. What does that mean?

For one thing, it’s a chance for retailers to get Millar to come sign at their stores. (Tweet and Instagram #MillarDayContest, retailers.) For readers and fans, it means breaking out your favorite Mark Millar titles and rereading them for the umpteenth time. To honor one of my all-time favorite writers in the business, I have written a list of my five favorite Millar titles and why (in no specific order). Get ready, folks, it’s Millar Time!

The first time I went to a comic book store was with a few friends from Fordham Prep around spring of 2008. At that point, I was hooked on Millar’s run on THE ULTIMATES and Geoff Johns’ TEEN TITANS. My fascination with team books has never gone away but the book I was drawn to as soon as I walked in had a single character on the cover. That character was Daze Lizewski; his broken body covered in blood on the concrete floor was showcased on the cover of KICK ASS Volume 1 #2. I bought it immediately. 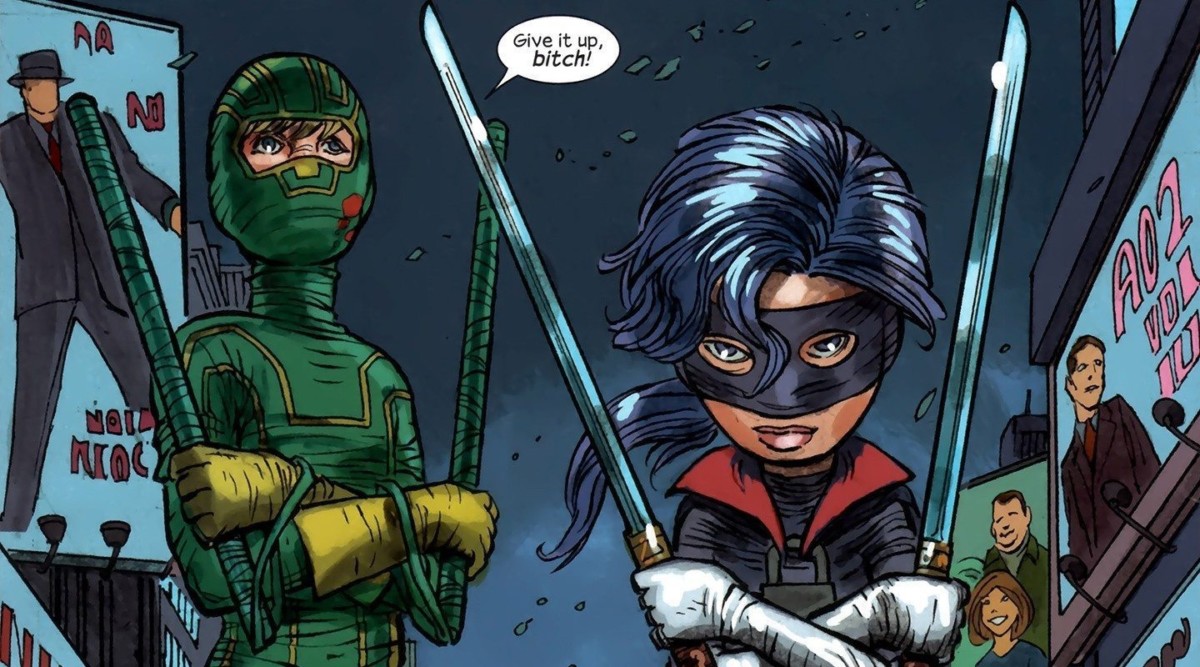 The title was a hyperviolent mesh of reality and superheroism—your classic, coming of age teen story inked and colored with blood. KICK ASS, while very humorous, was a satirical take on the superhero genre and the possible effect it could have on readers. Maybe most importantly, it had John Romita Jr. doing some of his goriest work, and I love it to this day. My hardcover copy of the first series is bruised and battered due to countless readings.

Dave’s rise to superhero status alongside Hit Girl and Big Daddy blew my mind as a teenager. It was like no other comic I’d read before. The comic book industry would agree with that claim, based on the book’s financial and critical success. It spawned the first of Millar’s now countless creator-owned film franchises and two sequel series with one spin-off to complete the story of Kick Ass and Hit Girl. It’s a series that will go down in history, and KICK ASS will continue in 2017 with a new protagonist and the original creative team (Millar and Romita Jr.) along for the ride.

READ: Interested in more Millar titles? Check out our review for the first issue of HUCK!

Mark Millar and Bryan Hitch’s now-classic title, THE ULTIMATES, was one of the leading books in Marvel’s Ultimate line, the imprint launched in 2000 that featured classic characters in more modern settings. What would the Avengers be like if they were formed in a post 9/11 America instead of the 60s? Answer: the greatest superhero team to grace comic book stands in my time as a comic book fan. 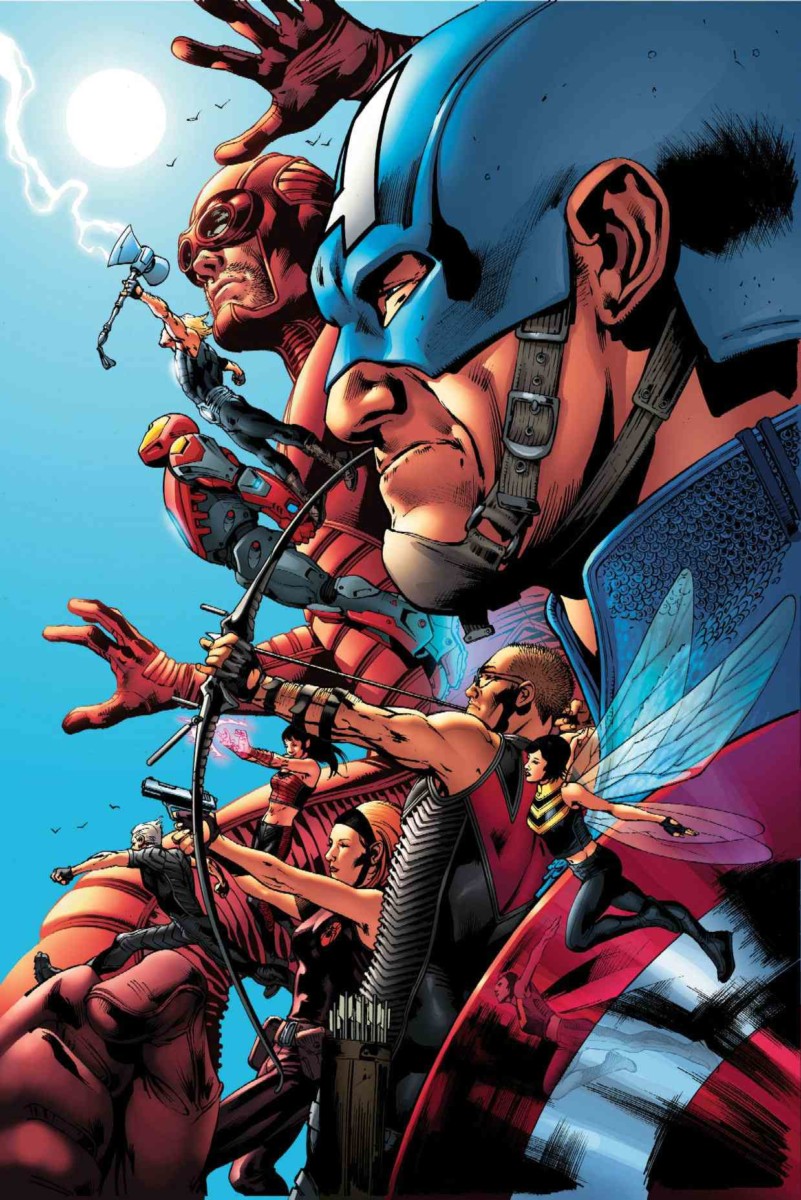 That’s a big claim, and I understand if you’re bitter and upset at me saying it, but hear me out. THE ULTIMATES took classic Avengers like Captain America, Iron Man, Hulk, and Wasp and placed them in the modern-day political arms race. I reread it every year just to see the drunk and brilliant Tony Stark, as well as Steve Rogers fighting with Hank Pym over the latter’s domestic abuse of Janet Van Dyme.

It’s as fascinating to read as it is to drool over, as Hitch’s pencils reach cinematic heights, with action that’s both realistic and breathtaking. For me, THE ULTIMATES set the standard for modern-day superheroes—and I’m still upset Millar didn’t have the opportunity to have Ultimate Hulk finish off Ben Affleck for dating Betsy Ross.

LISTEN: Want to know about Marvel’s premier superhero team? Check out our podcast on THE ULTIMATES!

Originally published as CHOSEN by Dark Horse Comics, Mark Millar and Peter Gross’s AMERICAN JESUS might be one of the most controversial comics of all time. The fact that I’ve never seen this book protested or banned in my lifetime is a bit shocking to me. It’s the story of the second coming that so many Catholics have been waiting for—the return of Christ. What’s most fascinating, though, is that the story doesn’t follow the reborn son of God. AMERICAN JESUS follows the reborn Anti-Christ as his “holy” powers start to appear. 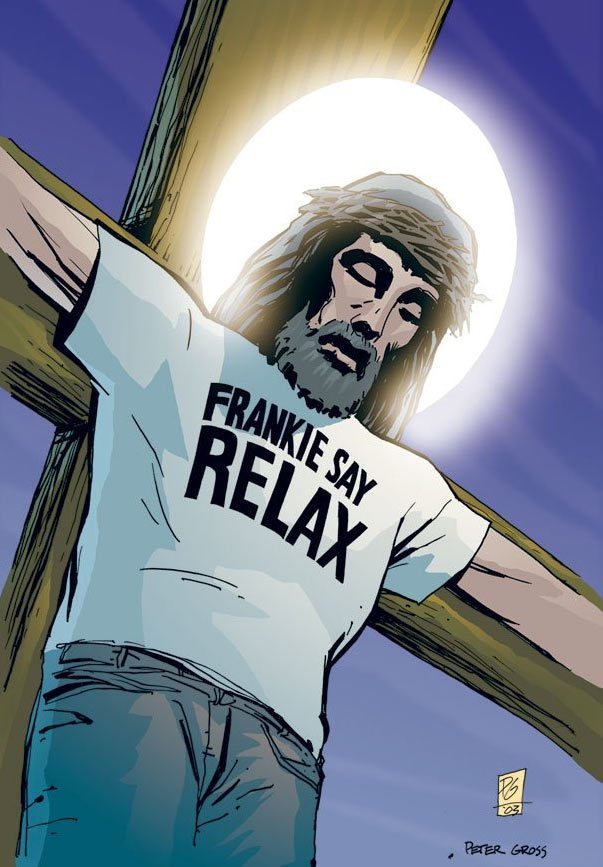 I picked up AMERICAN JESUS in my junior year of college on a whim, as I had never heard of it before but had long been a fan of Millar. After my initial read, I had to go through it a second time to catch all the of the hidden Star Wars references throughout the series. The connections between Jodie Christianson and Anakin Skywalker are fascinating, and the thought of a “promised one” gone rogue in today’s society never ceases to interest me.

It was recently announced that Millar and Gross will be teaming up again to tell the second chapter of AMERICAN JESUS over a decade after the publication of the first. Do yourself a favor and read CHOSEN before that comes out. SFX called it “Harry Potter for Christian fundamentalists,” and that description is spot on.

READ: Interested in religion in comics? Check out our article on Preacher! 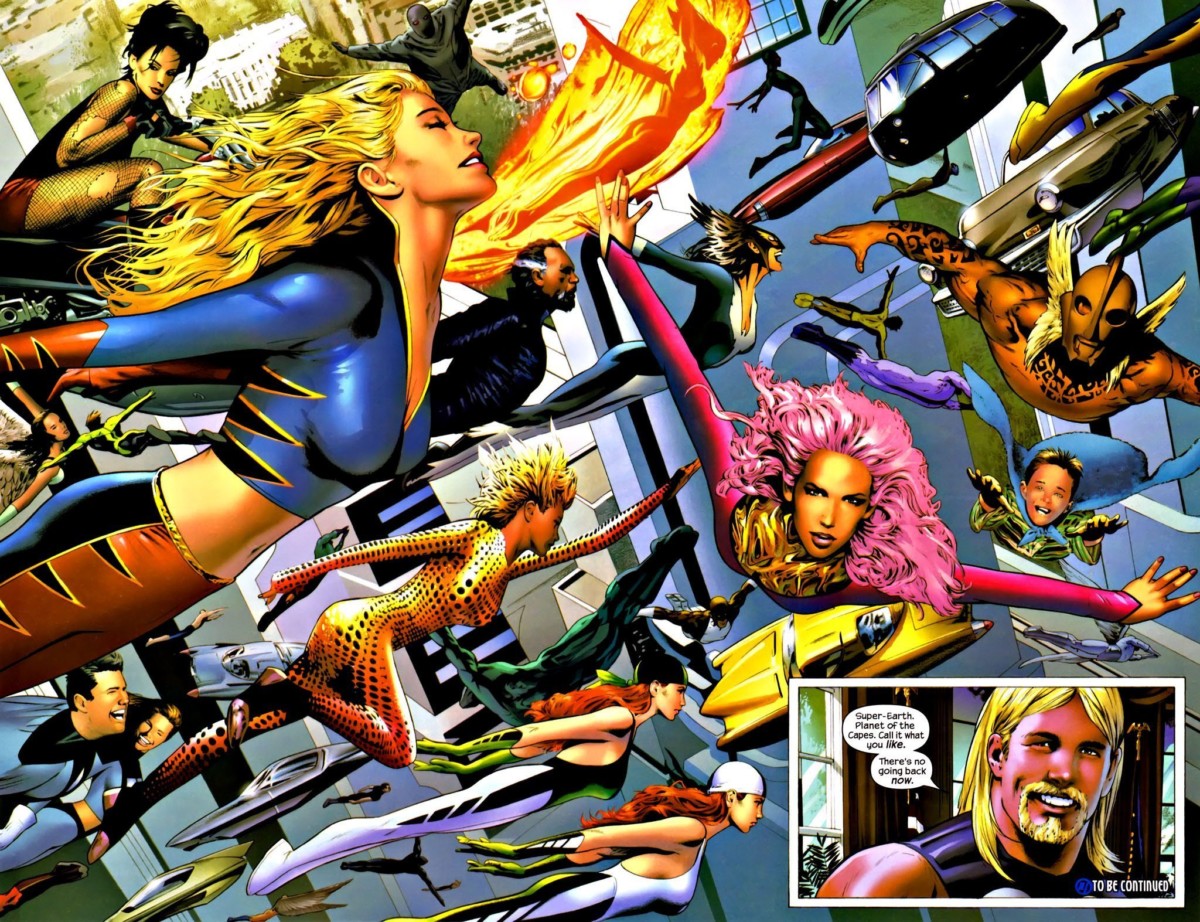 The story follows the Fantastic Four amidst their recent interactions with Namor and the Zombie Fantastic Four. Thing admits his depression to the team and, in the saddest FANTASTIC FOUR panel of all time, says to them that he’d kill himself if razor blades could cut through his rock-like skin. What follows is a half-hearted, Reed Richards–led journey into the past to prevent their accident from ever happening. This leads to President Thor—you read that correctly—making a deal with visiting Skrulls to give every human on the planet superpowers. Can you guess who turned down the offer?

Ben Grimm’s human form turns out to be the only defense against Skrulls when they turn Earth’s powers off, and in a heroic attempt to save the world, he goes back in time to give up his normal life to become the Thing and save the world. Yes, I sort of spoiled it but Millar lands Thing’s role as the heart of the Fantastic Four perfectly, and it is still one of my favorite stories of all time.

By now, you’ve probably seen that little movie called CAPTAIN AMERICA: CIVIL WAR and think you know the real conflict between Tony Stark and Steve Rogers. Like Jon Snow, readers, you know nothing.

The true battle of morals between Captain America and Iron Man happened in the pages of CIVIL WAR by Mark Millar and Steve McNiven. For me, it was one of the coolest reading experiences I’ve had as a Marvel fan because all of my favorite characters were on the board. For the industry, it was one of the most groundbreaking company-wide crossovers ever made and set the standard for Marvel storytelling for years to come. 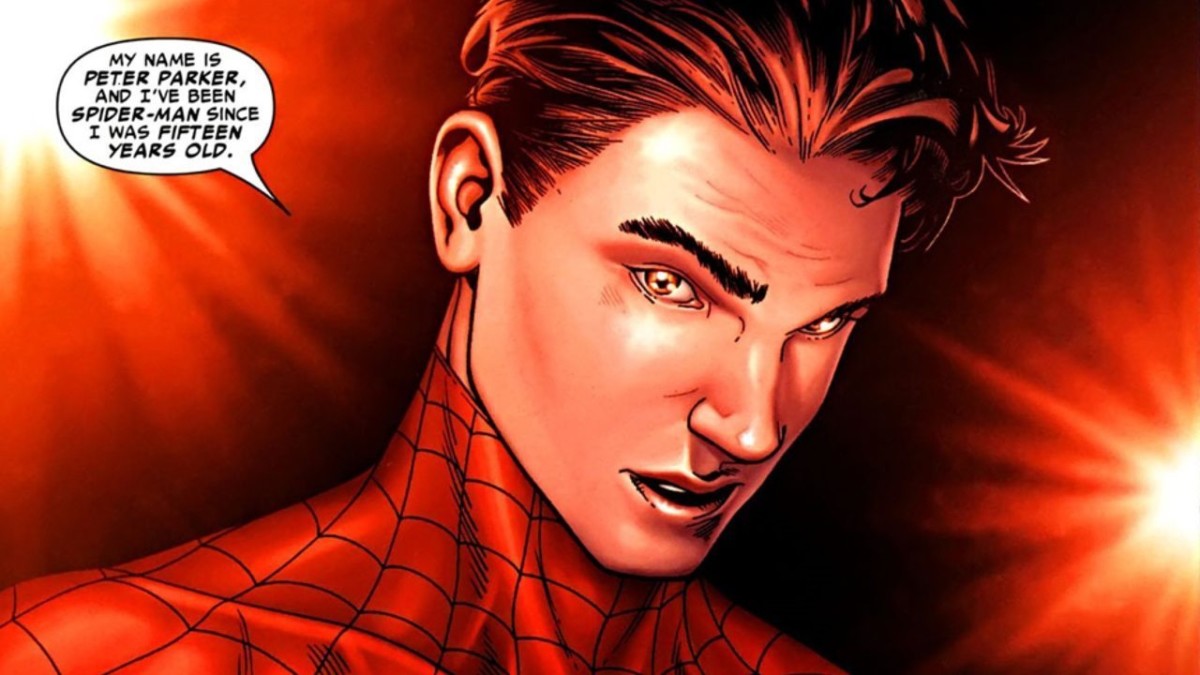 While the movie followed the comic loosely, with mass casualties and a government registration act, CIVIL WAR had years of history to make the conflict feel genuine. I could go on about Cap versus Iron Man, but you saw that play out on the screen. Things you didn’t see? The public revelation that Peter Parker is Spider-Man, Thor’s mad clone Ragnorak, Captain America beating the Punisher…the list goes on. The most powerful aspect of CIVIL WAR for me, though, was the falling out between Reed Richards and Susan Storm. People will always remember the iconic fight but watching the Fantastic Four come apart due to their moral differences gets me every time.

LISTEN: Interested in this Millar classic? Check out our podcast on CIVIL WAR!

Mark Millar’s writing has had such an impact on my life that I’m happy to celebrate Millar Day. Getting the opportunity to talk about my favorites is special to me, and I hope you celebrate in a similar way. Whether it’s picking up something you’ve never read from him or rereading an old favorite, go out and enjoy your Millar Day. You won’t regret it!