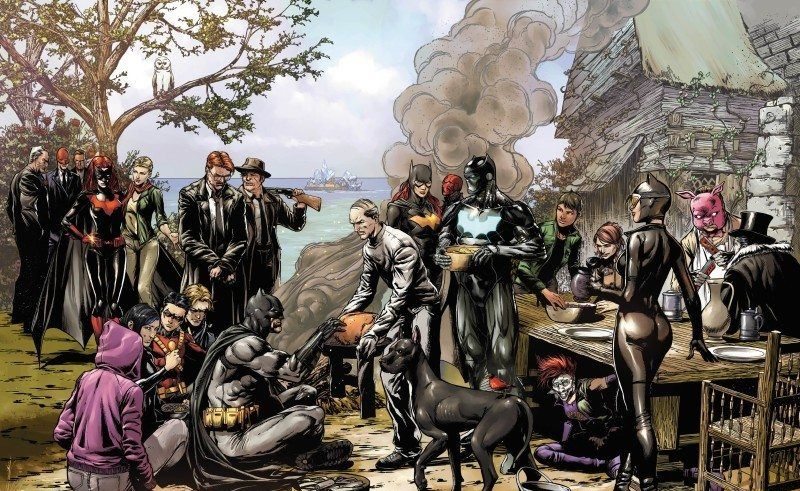 It’s that time of year again, ladies and gentlemen- the holiday season! That usually means two things at my house: food and family. As a comic book fan, I could choose to write up about the best comic about food, Chew, but I chose to write about family because, for me, there is nothing better than sitting down with my family and eating a delicious meal. As my brothers and I get older, the time we get to spend as a family dwindles so this season is very special for me. So if you’re like me and love being with family- or maybe the opposite, you don’t like being with your family and are looking for a substitute this year- then look no further! Here are my top five comics about family to be read during the holidays!

1. FANTASTIC FOUR and FF by Jonathan Hickman and Various Artists 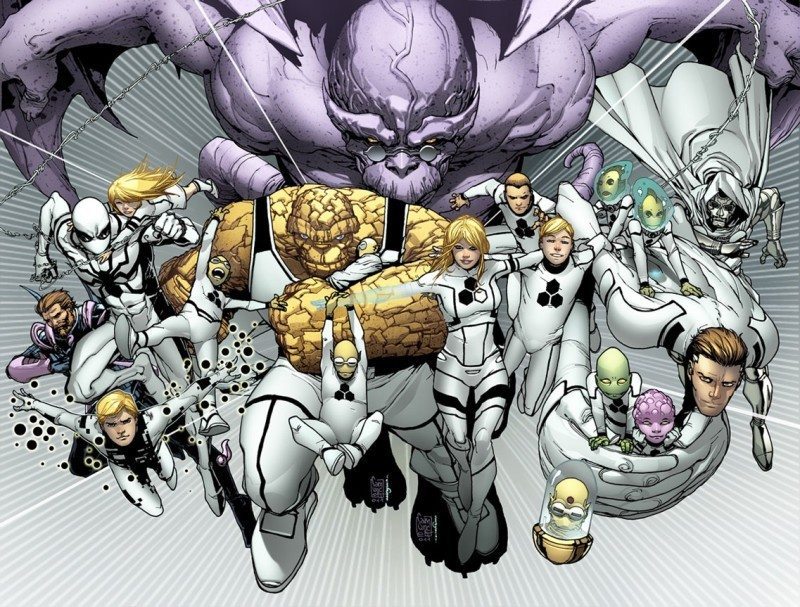 Before his run on AVENGERS and the much-delayed SECRET WARS, Hickman made a name for himself at Marvel with his run on FANTASTIC FOUR. This series not only explored the family dynamics between the main team, but also allowed character development for Franklin and Valeria that was never touched upon before. Hickman took the characters on missions that embraced their science fiction origins as well as touching upon the original Kirby/Lee series with storylines involving both the Inhumans and Black Panther. One of the greatest achievements in this legendary run was the Future Foundation-focused spinoff, FF. That series had a focus on the Richards children, as well as the students of the foundation, and is one of my favorite series of all time.

You can find this series out now in trade paperback and hardcover collections as well as two omnibuses! I recommend the omnibuses because I wasn’t able to put this down.

READ: Why the 1994 FANTASTIC FOUR film is better than the latest!

2. WOLVERINE AND THE X-MEN by Jason Aaron and Various Artists 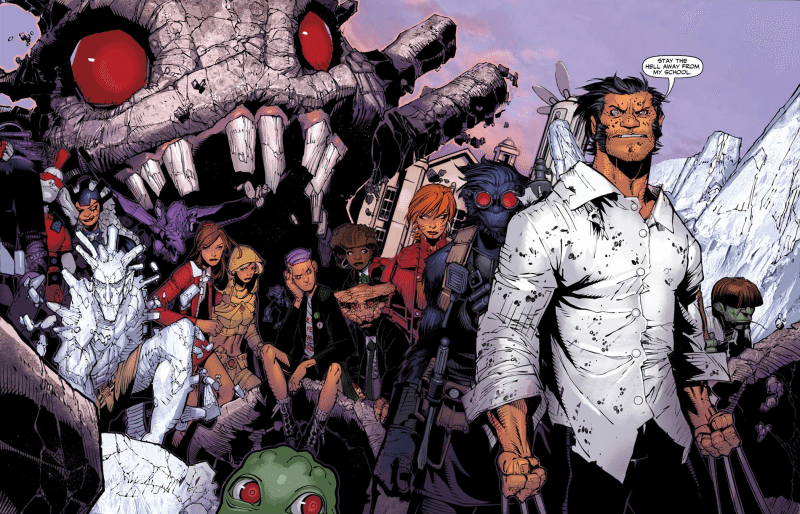 Jason Aaron’s run on WOLVERINE AND THE X-MEN is a must read, not just for X-fans, but for everyone. In the wake of the Cyclops/Wolverine bromance break-up in SCHISM, Wolverine started his own school for young mutants, the Jean Grey School for Higher Learning. Similar in tone to Grant Morrison’s NEW X-MEN, WOLVERINE AND THE X-MEN focused on the characters’ interpersonal relationships instead of the usual X-Men social-awareness focus. While each character is not directly related, they begin the series as individuals marginalized by a society that does not understand them and grow into a team that loves and cares for one another. The students and staff become a family.

WOLVERINE AND THE X-MEN is collected in paperback and hardcover collections, but you can get the whole series in an Omnibus collection.

READ: Take a look at our review of ALL-NEW WOLVERINE #1! 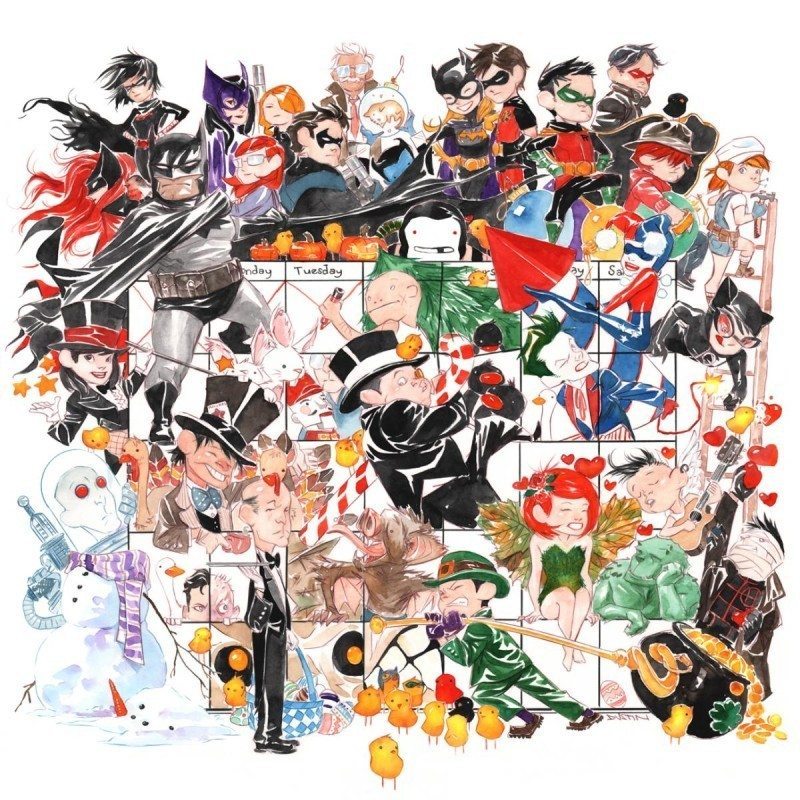 LI’L GOTHAM is the Batman book that everyone needs to read. Originally a digital comic, each issue focuses on a specific holiday and features various members of the Batfamily. While Damian and Bruce are the most prominent as father and son, readers get exposed to great moments with Alfred, Nightwing, Catwoman, Talia, and more! I’d never thought I’d say this, but the book is the most heartwarming Batman book ever published. If you want to feel emotions and read a book about Batman, you should pick this up!

LI’L GOTHAM can be found in paperback collections right now at your local comic book store! I recommend reading it digitally as it was originally meant to be read, so check out www.comixology.com for it!

READ: Check out our in-depth look at Batman in the DCCU!

Weren’t expecting that one, were you? ESSEX COUNTY is a collection of stories written and drawn by Jeff Lemire that focuses on the trials and tribulations of family. Taking place in a fictionalized version of his hometown of Essex County in Ontario, Canada, readers are exposed to raw, heartfelt storytelling. If you’re a fan of Lemire’s work on HAWKEYE, SUPERBOY, or ANIMAL MAN, this is a book for you. If you like to cry about developing connections between father and son or a love triangle of two hockey-playing brothers, this is also for you.

ESSEX COUNTY can be collected in individual graphic novel format: TALES FROM THE FARM, GHOST STORIES, and THE COUNTRY NURSE. It can also be found in The Collected ESSEX COUNTY in both paperback and hardcover format.

READ: Check out our review of Jeff Lemire’s first issue of EXTRAORDINARY X-MEN! 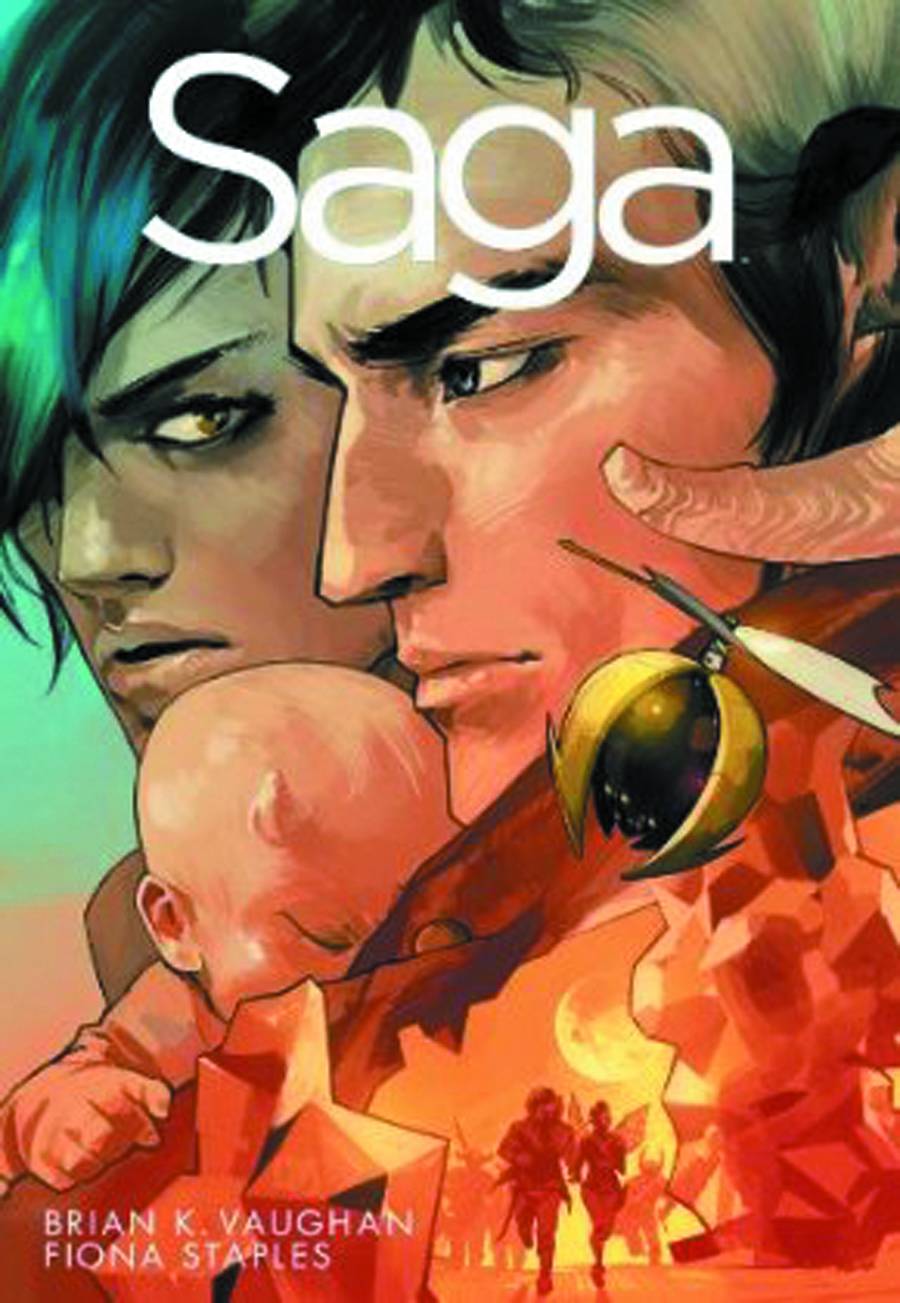 I couldn’t leave this one out; this is the number one comic book being published about family right now. It is the story of two lovers brought together despite their respective species’ ongoing war and their struggle to keep their daughter alive in a world that wants them all dead. SAGA is a book about hard choices, but more importantly, it is a comic about love and what you’re willing to risk to maintain that love. I’ve been picking this book up monthly since it first released and three out of four times, the series leaves me in tears of joy and sadness. It’s not for everyone as it can be rather explicit, but it is the best comic month-in and -out and I can assure you, you’ll appreciate your own family more after reading it.

SAGA is now collected in five paperbacks and the first three arcs are collected in one hardcover volume. The latest issue, 31, can be found at your local comic book store today!

And those are my picks for top five comics about family! Agree with me or think I’m missing something? Leave a comment or send us a tweet at @ComicsVerse! Otherwise, I hope you all have a wonderful Thanksgiving and enjoy the time with your family!