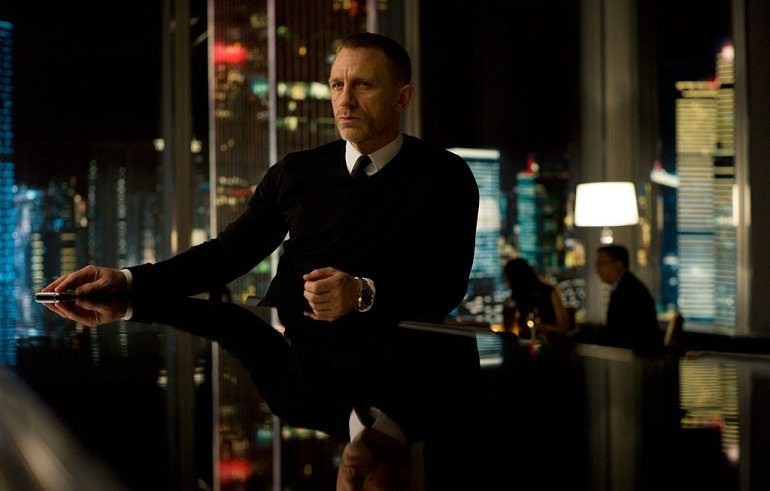 63 years ago, Ian Fleming introduced us to the secret agent. From Bond’s first appearance in CASINO ROYALE, few could have expected the character to have become as famous as he is now. Even Jonathan Cape, Fleming’s publisher, thought the book “not up to scratch.” Nevertheless he gave it a modest print run as a favor to Fleming’s brother Peter, a much more successful and well known writer at the time.

The success of the original books has led to an array of different incarnations of Bond. The most well-known is the hugely successful film franchise. Imagine Bond: martini in one hand, blonde bombshell on the other arm. His face wearing a handsome smirk as he unflinchingly walks away from an exploding helicopter. This Bond has been embedded into our minds through his on-screen portrayal. But, with the dawn of the 21st century, is time now up for our favorite secret agent?

Since the first installment, Bond has become a global, cultural icon. Not only do we have the books and the films, but now we have merchandise: 007 cologne, watches, Coca Cola, action figures and rubber bands. Yup, 007 Rubber Bands, for the man who believes keeping his potato chips fresh is an act of espionage.

Although the brand may be transferable onto any product imaginable; writers, directors, producers and the public alike acknowledge his 20th century personality isn’t transferable into the modern era. Bond needs to change if the franchise is to not be sullied. The secret agent is at a crossroads, with three paths ahead: Stop Bond altogether, change who Bond is, or change the way we view Bond.

Since Craig gave the slightest suggestion that he may quit the role, the media has sporadically become frenzied over who will replace him. Last year the discussion took on a new political salience as it considered a non-white Bond. Recently, it turned to whether James Bond could become Jane Bond, and some suggested the idea of a non-heterosexual 007. 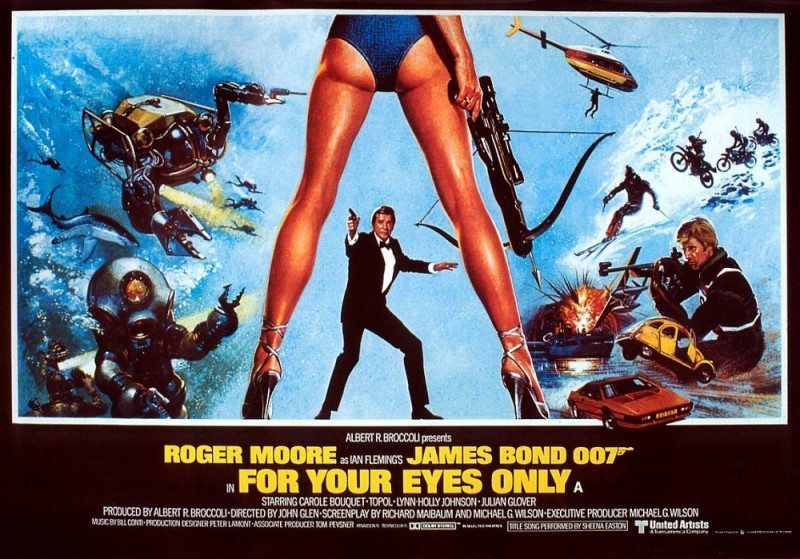 This new political prominence has developed from the ever more aware public that Bond as a character is not a 21st century role model. Amongst many other personality flaws, three in particular stand out in the modern age. He is sexist, homophobic, and racist. Sexism is Bond’s most obvious flaw. The early movie posters all feature scantily clad women, whose only purpose is for Bond to save or sleep with. Their role as anything else is never questioned. In MOONRAKER, when Bond was informed that Dr. Goodhead was not a man he responds with: “a woman?!” But we don’t have to go back to 1979 to witness Bond’s vices.

If we just take SKYFALL, released in 2012, the traits which make Bond seem out of place continue to persist: his sexism, when he tells Miss Moneypenny that he didn’t order anything off the menu, not even her; his homophobia, when the villain runs his hands up the heroes thighs to make the audience feel disgust at such an interaction to further portray the villain as sick; his racism, with the exoticizing of the Bond girl, Sévérine, as a foreign play thing and former sex slave.

DISCOVER: Enjoy thrillers? Check out our review of  BLUE RUIN and GREEN ROOM!

As much as the teams at Metro-Goldwyn Mayer, Sony and Eon Productions have tried to move Bond into the modern age and away from these flaws, they have not succeeded. Bond needs to change paths if the franchise is going to succeed.

Maybe the best solution to save Bond is to accept that his time is up. In 1997 we learned that TOMORROW NEVER DIES. In 2016, I’m afraid to tell you that it does, Mr. Bond.

This isn’t the most popular perspective, especially in Britain. Revered almost as much as the NHS or Kate Middleton, James Bond is an institution within this country. Every time a new Bond movie is released you’d be hard pressed to find someone here who doesn’t eventually watch it. Every Sunday he appears on our TV screens and visits us far more often than we visit our grandparents. Everyone knows about Roger Moore’s signature eyebrow raise and just exactly how the Gentleman-Spy likes his Martinis (shaken, not stirred, for the uninitiated). He even jumped out of a helicopter with the queen at the 2012 Olympics opening ceremony.  I doubt anyone would be surprised if it turned out that more people could tell you who Daniel Craig is over David Cameron. In Britain, Bond is best. 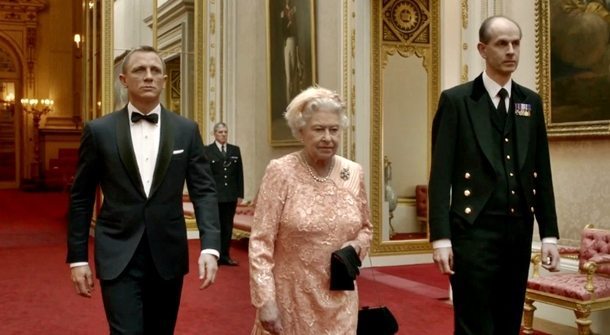 But as George Harrison said, all things must pass. James Bond can end dignified and respected, looked upon fondly as a cultural icon of the second half of the 20th century. We look upon Basil Fawlty’s goose-stepping and sieg heils as brilliant, but not acceptable now, as we know better. If we resign Bond now, his misogyny, racism, and homophobia can also be a relic of the past. We can enjoy the films for what they are, aware of the social context in which they were made. Let us enjoy the films knowing that the behavior exhibited by Bond is wrong and outdated. By stopping Bond, we don’t then have to trouble ourselves with trying to create a Bond who is acceptable in the 21st century.

If we can’t accept that it’s time to stop Bond, then perhaps we need to change who he is. This seems to be the most popular opinion. The idea that we can change 007 to fit into our times is the cause of the commotion over who should play him next. In the past this decision has been relatively straightforward. The actor needed to be male, white, British, and handsome.

Now, however, the discussion is centered upon whether the character could be black, female, or gay. By making him black, female, or gay the idea is that Bond will no longer be an awkward reminder that in the past straight, white, privately-educated, misogynistic, homophobic, racist, womanizing men were our heroes.  When we want the protagonist to be the good guy fighting on our side against the bad guys, we don’t want a main character with any of these traits.

To change Bond’s characteristics however would be to change the very thing which unites the Bond franchise. The plot is what unites most franchises. For example, Hermione’s portrayal by a black actress in the new West End play Harry Potter and the Cursed Child does not have any effect on the story line. The portrayal by an actress of a different race to that which we are used to is not because the director wants us to view Hermione differently, but because the race is irrelevant to the story. 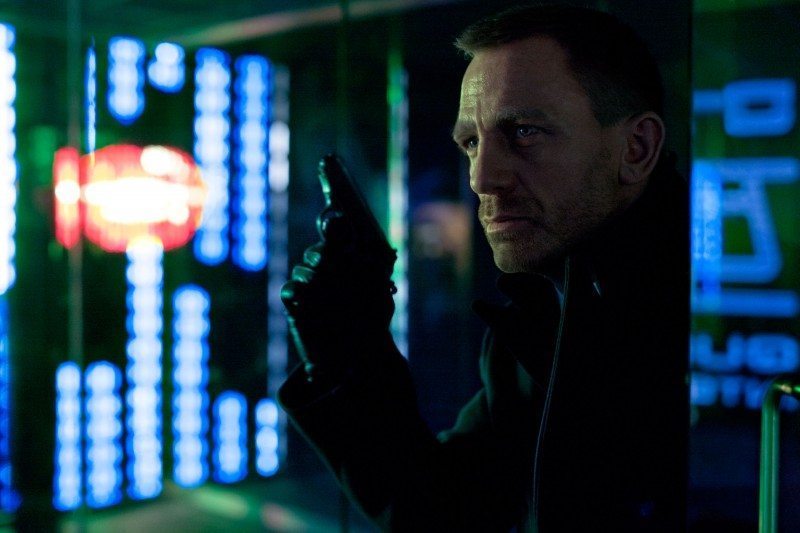 Unfortunately, Bond’s race, gender and sexuality is part of what makes Bond. He would not exist as a senior agent in the 1950’s if he were black, female, or gay, but Bond is no longer set in the 1950’s. The character has to stay consistent, however, as it is the only uniting factor between each installment. We cannot continuously change Bond. If we do the only uniting factor between each Bond film will be a spy who shares the same surname.

Instead of changing Bond, we should instead change how we view Bond. In 21st century film, we rarely want our characters to be black-and-white. We crave dark and convoluted story-lines where we know who we like but struggle to know why. In one of the most popular TV shows in recent years, Breaking Bad, we are rooting for a murderous, egotistical meth manufacturer. Our thrillers and action movies follow the style of a Scandinavian crime-drama more than a simple tale of good vs. evil. In SKYFALL, we began to see the development of Bond, in terms of cinematography as well as character development. We learned of his difficult past and saw the side of him which wasn’t just fast cars, beautiful women, and explosions.

The next Bond to grace our screens needs to continue down this path. We should not distance ourselves from previous incarnations where he is sexist, racist, and homophobic. Instead, Bond should be confronted for behaving in these outdated and inexcusable ways. It ought to be proven to him that his views, actions and rhetoric are not welcome in the 21st century. Have him confront these issues himself, not just ignore they ever existed.

The only way it makes sense to continue Bond is to provide continuity. As the world is developing and fighting against the issues of sexism, homophobia and racism, so can our most beloved agent of Her Majesty’s Secret Service. If he fails to pick a path the Bond we know and love will die. As Auric Goldfinger warned him, this time it will be “Goodbye, Mr. Bond.”