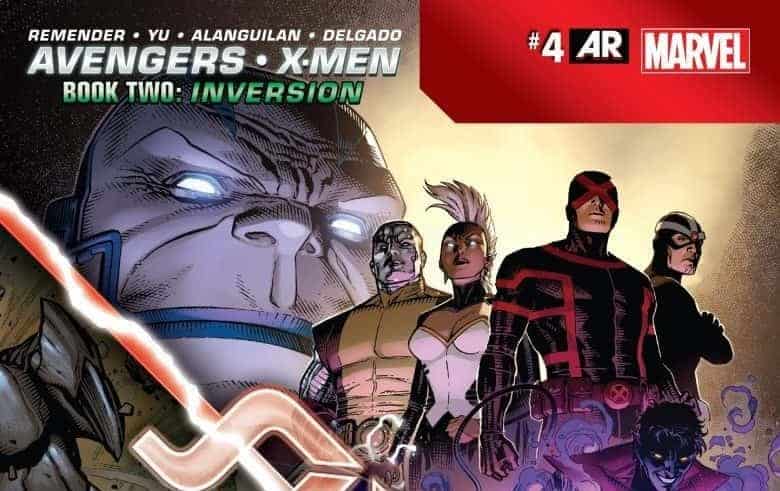 After three issues of battle, what sounds to be the central concept of ‘AXIS’ – an inverted Marvel Universe where heroes are villains and villains are heroes – has arrived.  Unfortunately, it all falls rather flat.

The end of #3 seemed to me to be full of promise.  You could tell that the heroes had been affected by the inversion, but all you really got was a feeling that things were off-kilter somehow.  Unfortunately, all semblance of subtlety is forgotten.  Our heroes have turned bad.  You know how we’re going to prove it?

The Avengers decide to kill someone!  The X-Men follow Apocalypse!

WANT MORE ON THE ORIGINS OF APOCALYPSE?  LISTEN TO A PODCAST ABOUT HIS ORIGINS IN EGYPT! 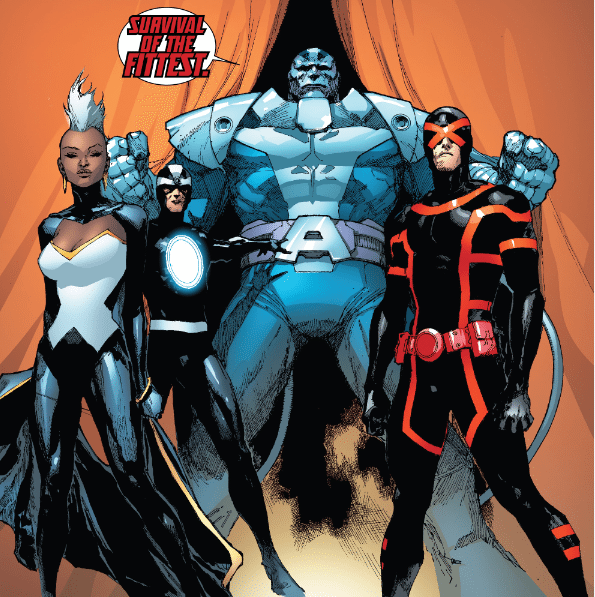 See, if this had been done as a gradual build-up, with us seeing the characters and trying to get into the heads as they did things we just didn’t feel comfortable with, I’d be fine with it.  As an end destination, those points would have been shocking and impactful.  But as our introduction to this new, inverted world?  It already feels old, and it’s only just begun.

Part of the problem is that none of the characters feel like they matter.  Sam Wilson’s turn isn’t powerful, because he’s only just taken on the stars and stripes; Storm airing the X-Men’s grievances when she’s had no role in the storyline to date means her scene just falls flat.  Remender hasn’t taken the trouble to invest in his characters, and as a result, we just don’t care.  It’s clear the X-Men and the Avengers will, for whatever reason, wind up going to war with each other, doing dark and edgy things, and then hopefully when the dust has settled we’ll have our heroes back.

Another part of the problem is that, in event fashion, this is really setting everything else up.  Have we advertised the Carnage miniseries?  Check.  What about KLUH?  Check, completely with what sounded like a quote from one of Remender’s interviews explaining who KLUH is.  Superior Iron Man?  Check, and let’s make sure you get the message that Stark’s inverted by having him drink again.

And then there’s the art; it just seems scratchy and unfinished in places (see above).  Rather odd.

The real potential of this storyline is hinted at only in a throwaway scene where Spider-Man tries to puzzle out Carnage’s acting heroically.  And that’s only five pages.  But in those humour-filled pages, we see what a world that’s out of whack looks like from the sidelines.  And that’s what #4 needed; it needed to let the inverted heroes do their thing, and focus much more on the spectators.

What did you think?  Leave us a comment below!