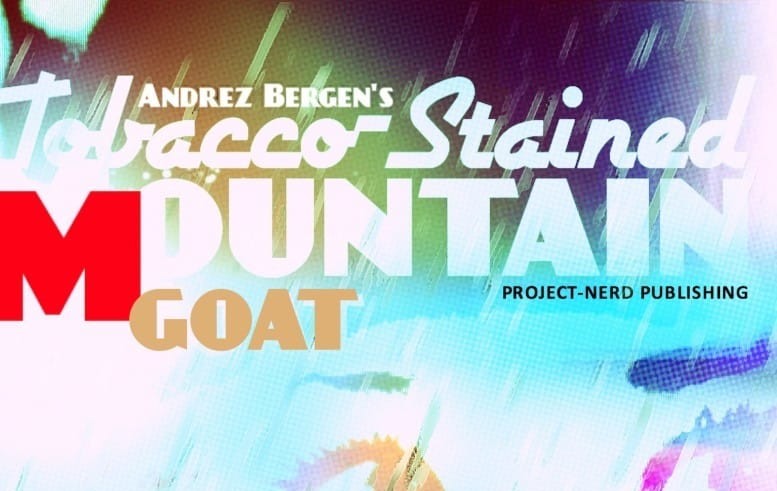 TOBACCO-STAINED MOUNTAIN GOAT, published by Project-Nerd, is a newly released comic written and drawn by Andrez Bergen, based on his 2011 novel.  It’s a noir-style thriller set in a dystopian future where the world has gone to hell, and the city of Melbourne, Australia, is one of the last cities standing. It harkens back to an era of gumshoe mysteries but is set in a bleak future that feels all too real. 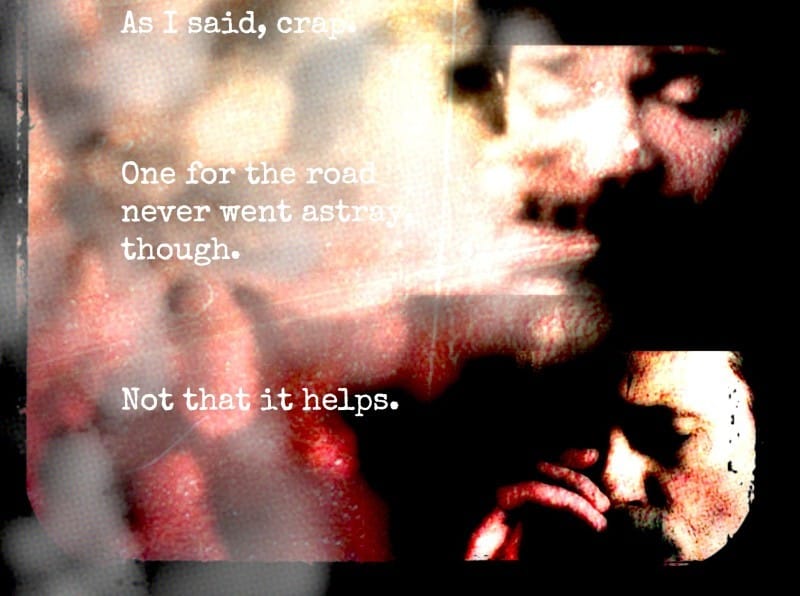 The series offers art that is at once jarring yet enticing to look at. Bergen uses a collage/digitally-manipulated photomontage style that challenges your perception of how comics should read on every page. There is a feeling of consistency in the inconsistency of the art. At one moment, one of our main protagonists resembles Ryan Gosling. Yet, with each turn of the page, his features change, leading to the final page where he looks like Ben Affleck. The style and look evolves but remains grounded in the emotion of the scenes. 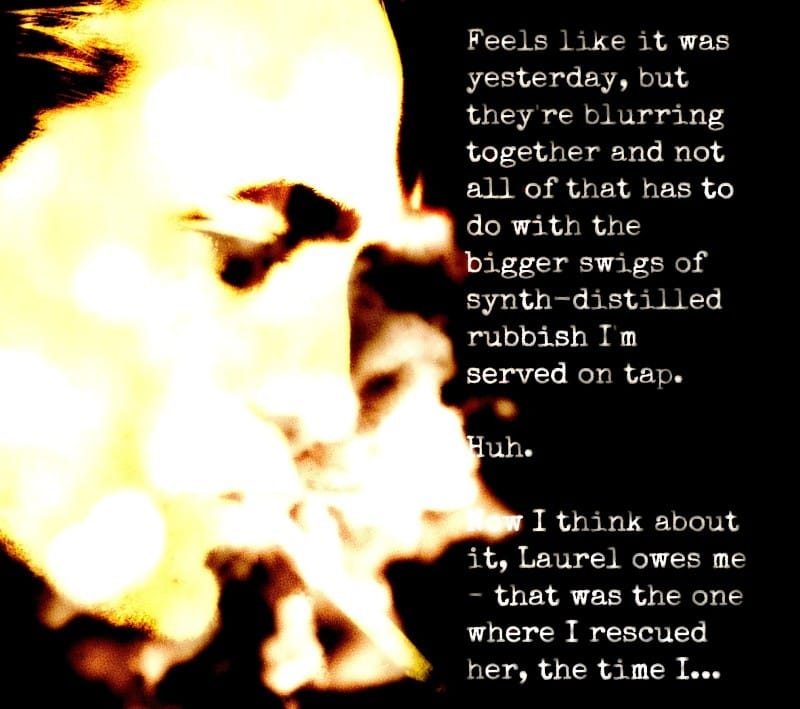 READ: Want to get on the ground floor of a cool new comic? Check out Jimmy Palmiotti and Justin Gray’s new Kickstarter project, HYPE!

The writing and overall presentation read like a typical comic, but it plays with those conventions from page to page. Some pages rely solely on visuals while others almost drown in the weight of the text. Yet it all fits. There are also subtle references to other sci-fi in here, most notably 1984 and SOYLENT GREEN. Additionally, the head of the Hylax Corporation (a shady company if ever there was one), Wolram E. Deaps, is based on David Niven (THE PINK PANTHER, A MATTER OF LIFE AND DEATH). This brings a gentlemanly quality to his character, belying the cynicism beneath. 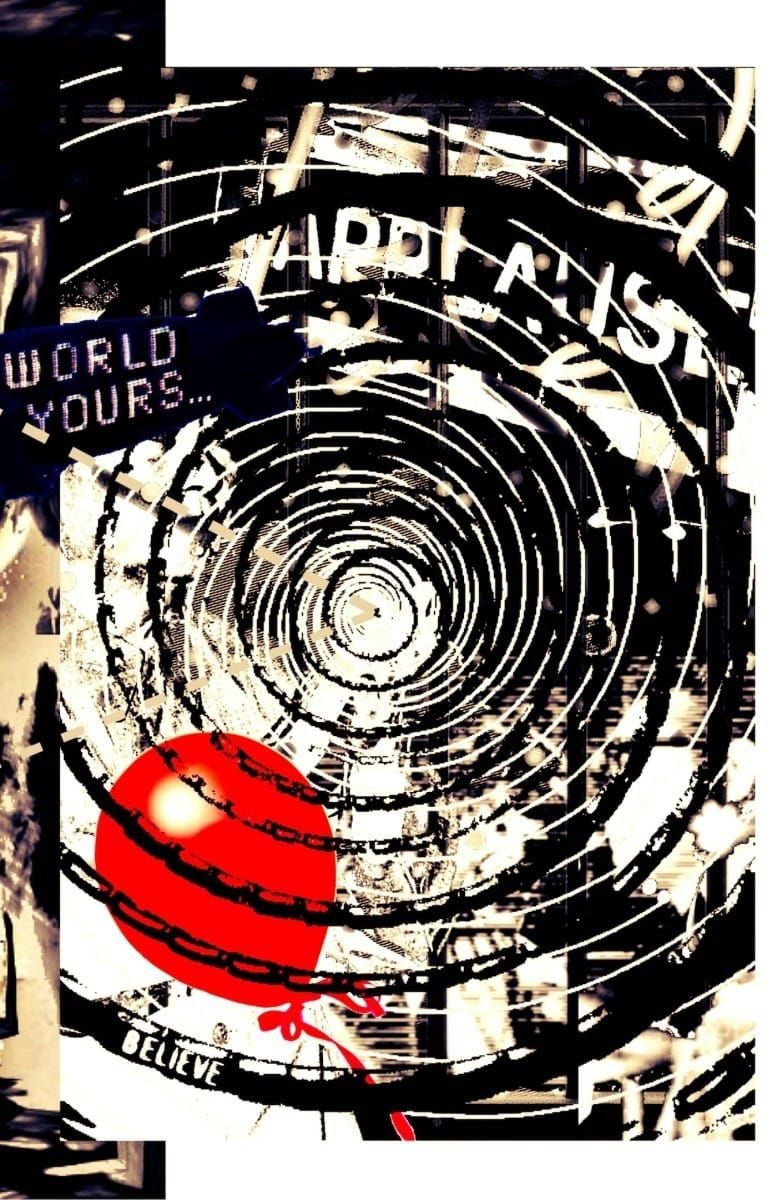 While it may not be your usual comic book, there is enough here to draw you in. Project-Nerd Publishing has already debuted this series as of February 1 and will be following up with a more diverse range of titles soon.

READ: If you like supporting new comics, check out what Red Port comics are doing!