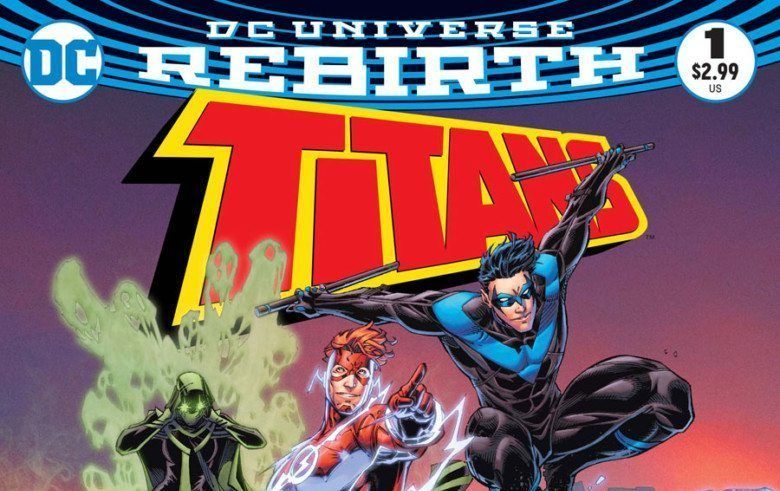 Of all the returns and character changes to spin out of DC Comics’ Rebirth, there were perhaps none more anticipated than the returns of Wally West and the classic Titans. The former was the lynchpin of the initial Rebirth special, and his reunion with the latter team provided one of the best Rebirth #1 one-shots. Therefore, the official first issue of TITANS from writer Dan Abnett and artist Brett Booth had tremendously high expectations going in.

READ: See how the team launched in TITANS REBIRTH #1!

The issue begins with a quick recap, narrated by Wally West, that explains how history was altered and how he returned in the initial Rebirth book. From there the book picks up with the reunited Titans still together in Dick Grayson’s Gotham City apartment. The psychic Titan Lilith is attempting to dig into Wally’s memories to try and find a clue as to how time has been tampered with, but all he can think about is Linda Park, his former wife who had no recollection of him when he approached her during the Rebirth issue. The issue then shifts to Linda, who begins investigating Wally in an attempt to further her own career.

Arsenal, aka Roy Harper, and Donna Troy bond over their respective lost pasts while investigating a lead of their own. Meanwhile, Lilith breaks through to a new level of Wally’s mind. However, doing so unwittingly releases a classic Flash villain from his own temporal prison.

While there are several high points to TITANS #1, overall the issue doesn’t quite match up to the  TITANS REBIRTH special that proceeded it. The main reason is that the book feels like it’s retreading similar territory. I understand the desire to bring in new readers, but was it really necessary for writer Dan Abnett to dedicate the first four pages to recapping the same Wally West events we’ve seen in DC UNIVERSE REBIRTH #1, THE FLASH REBIRTH #1, and TITANS REBIRTH #1? Three to four panels could have sufficed.

READ: See how Wally West returned in THE FLASH REBIRTH #1!

From there, the Titans spend the majority of the book hanging out in Dick’s apartment. This is perfectly in-line with the family-vibe traditionally expected from TITANS stories, so longtime fans will most likely enjoy it on that level. The scenes with Lilith and Wally work well, as does Donna’s and Roy’s brief field trip to hunt down a lead, but overall the plot shows very little forward momentum until the end. As far as said ending goes, I’m not quite sure what to think. It’s an interesting twist and character to bring back, but the rogue definitely feels like a step-down from the Watchmen-related mystery the team has been trying to solve until this point.

Brett Booth’s artwork is a bit hit-or-miss for me. The scenes involving super-heroic action work well enough, but anything involving characters sitting casually comes off a bit unfinished. This is especially noticeable in the scenes with Linda Park where the backgrounds are practically nonexistent in some panels.

TITANS #1 has some good moments, but in the end it falls short of its preceding one-shot. The plot is a bit redundant, the art is hit-or-miss, and the final reveal seems to lower the series’ stakes considerably.