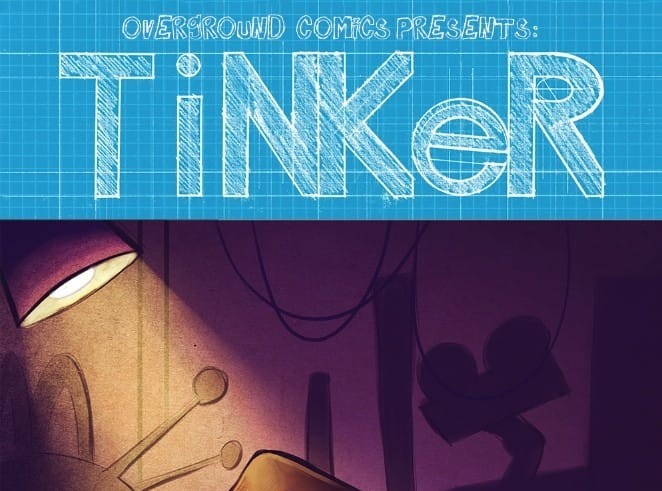 The young Overground Comics, publisher of PLUS ULTRA, has another strong first offering in TINKER #1 by Jon Hughes and Rachel Uildriks. TINKER tells the story of a teenager living in a world where superheroes exist and are a part of everyday life. To her and other civilians, these heroes inspire the same response we’d have seeing Spider-Man web slinging over the streets of New York City.

In Summit City, criminals run rampant and superheroes flood the streets to stop them—the classic superhero scenario. Among the chaos, though, is Amy Park, an Asian-American teenager who is a huge superhero fangirl. That’s where this first issue begins: with a hero-versus-villain battle and Amy looking on through her binoculars. Over the course of the issue, we learn that Amy’s dream is to join the ranks of her idols, and, to do it, she builds devices modeled on those worn by her beloved superheroes. Her most recent effort is a pair of high-powered gauntlets similar to those belonging to the superheroine Pulser. 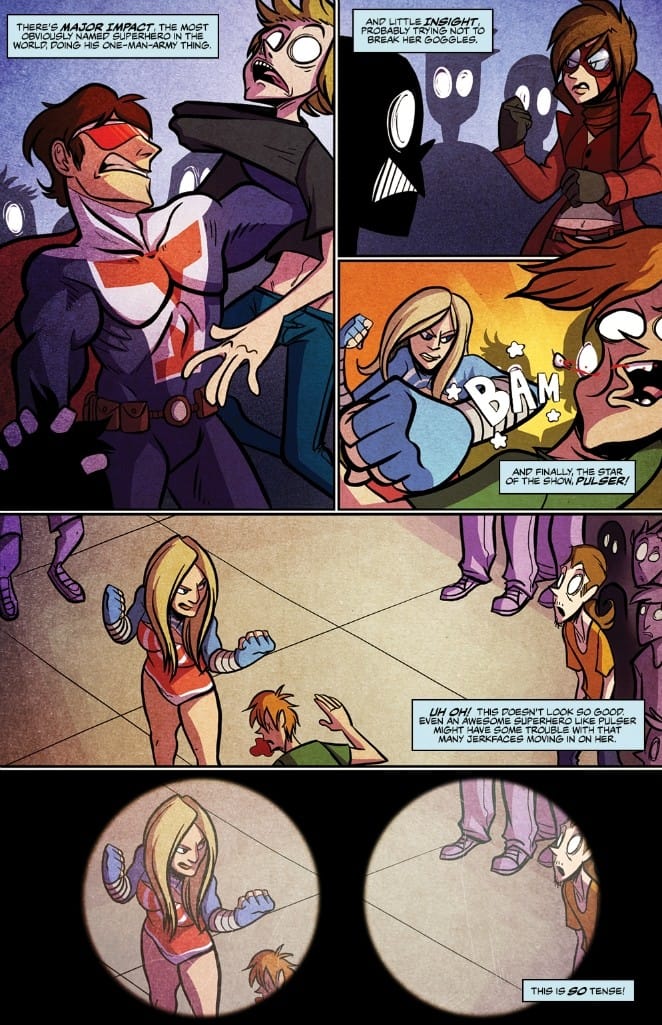 Calling Amy a young Tony Stark may be a stretch: whereas Stark is a billionaire iron-suited celebrity, Amy hasn’t quite completed a project. (Amy would probably worship the airspace Iron Man flies in if he existed in the TINKER universe.) Nonetheless, Hughes writes a well-crafted story about a hopeful young woman surrounded by the heroes she wasn’t born to be. Amy is an unconventional protagonist, and Hughes thankfully passes on Asian female tropes. No tight clothes and Hello Kitty paraphernalia for Amy; instead, she plays video games and engineers her own weapons. She doesn’t have any restrictions or complications in her story revolving around the act that she is an Asian-American. She’s represented as just a teenager with problems and dreams. Not that there’s anything wrong with using ethnicities; it’s just refreshing to see a writer not rely or define a character by them. We find the clichés instead in the superheroes, like the muscular male superhero Major Impact, who has super speed and strength and shouts clever lines as he saves the day.

The avoidance of stereotyping is also reflected in the artwork. The superheroes are still drawn with muscles, but Amy is drawn as a normal-sized person, complete with baggy clothing and a hat, instead of being overly slender or fit. If I hadn’t read the description for the series, I may not have realized that Amy Park is Asian-American at all, which is nice to see. We don’t get the stereotypical slanted or small Asian eyes, but rather more expressive features that aid in displaying her emotions. The art decisions allow for the reader to focus on her expression and on her story and her desire to be a hero. Here, the superheroes’ physical depictions actually help us understand her desire to be a superhero, since they are designed with cliche six packs and iconic looking outfits as per usual. 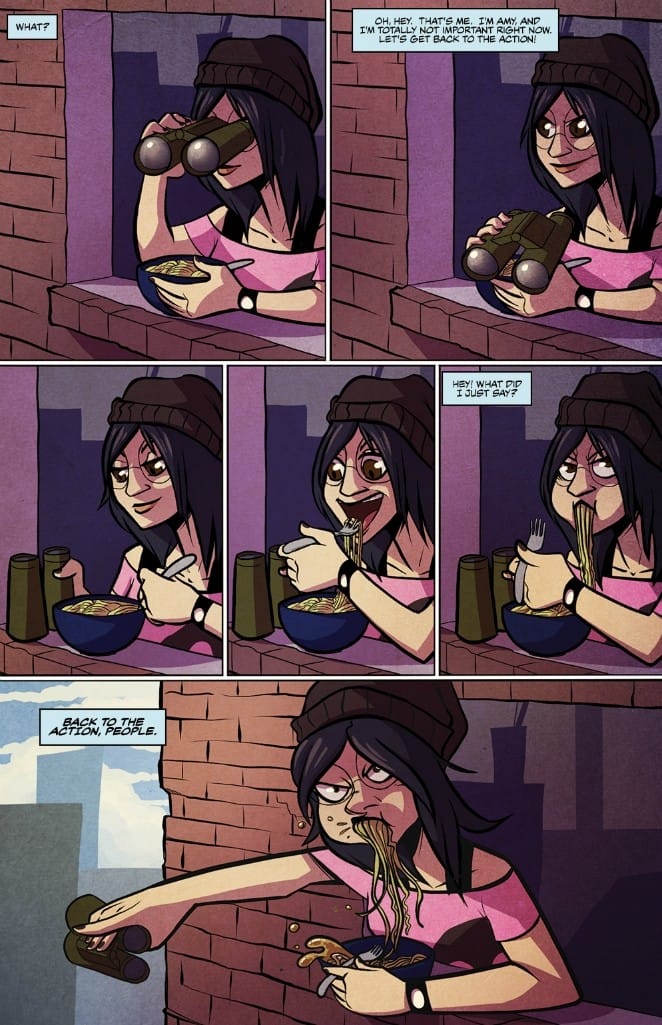 TINKER #1 is a refreshing tale of a teen heroine. She is unlike the vampire-loving or post-apocalyptic arrow-shooting teen heroines we’ve seen so frequently. Amy is a young woman other young women can look up to. Finally, she’s a teenager who is interested in STEM (science, technology, engineering, and math), fields in which women are highly underrepresented.

I really enjoy and respect the direction this comic has taken, and the cliffhanger at the end of the issue is totally engaging. What do her gauntlets actually do? Are they defective? What is Zero Technologies? We’ll have to wait for the next issue to learn more about out new favorite Asian American female engineer as she keeps on trying to become a superhero.