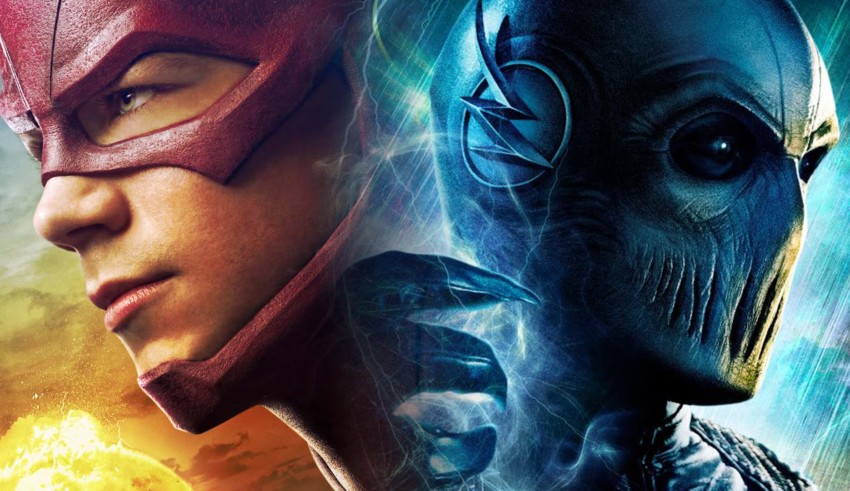 Time travel is a tricky thing to get right in television. Not even factoring in the details of how to portray it onscreen, or how the phenomenon even works, time travel is confusing. It’s a cool narrative trick to work in, but only when done correctly. You can have characters come into contact with their younger selves, or reinvent the world of the series. But with so much that can happen, it’s not always easy to keep everything in order. If it isn’t handled properly, time travel can make the show become convoluted. There are many televisions shows that do time travel well, and there are many that don’t. So what exactly makes time travel work in television?

LOST is an example of a show that didn’t work time travel in effectively. While the show started with supernatural elements, it didn’t introduce the time jumping concept until about halfway through the series, and didn’t utilize it all that well once it was introduced. For such a huge plot device, it changed very little about the show. The characters had been sent back to the ’70s, but there was never a real justification for doing so. Furthermore, the scientist character, Daniel Farrady, claimed that nothing they did would actually change the future. Except for the character Desmond, who could apparently change time because he was in an electromagnetic explosion. The rules were never fully explained, and the impact of time travel seemed inconsequential to the show.

The big reason time travel didn’t work for LOST was because of how it uncentered the show’s premise. Time travel suddenly became the big focus, leaving the other island elements to the side. While Desmond was the only character directly connected to time travel, his role in the series wasn’t heightened. In fact, time travel did nothing to help advance the characters in especially important ways. With such a limited scope on a huge concept, LOST narrowed down what they could do for the whole season. Not only did time travel not change the narrative—it didn’t change the show in a meaningful way. It just existed for a season, then vanished into thin air, leaving no one satisfied.

The biggest problem of time travel is the logistical elements. When a show doesn’t bother to think it through, fully, it quickly falls flat. LOST included it as an afterthought, or a sci-fi novelty, rather than handling it with care. Just like any sort of storytelling tool, it only works when used correctly.

Meanwhile, a show like THE FLASH on CW starts out with a wonderful mastery of the concept, but bungles it later on. If time travel doesn’t actually matter to the plot, then there’s no use for it. Thankfully for the series, the superhero series has been tackling time travel since the start. This gave them a good handle on the concept, but not enough to carry it through. Now two seasons in, the show has begun to falter with its treatment of time travel. Many of the things that worked at the beginning had to be expanded, as the show geared up for for a second season. But the more it had to add, the more it became convoluted and overused, ultimately tearing down the good work done earlier on.

So much of FLASH is based around time travel, and informs key elements of the whole series. Flash’s mortal enemy, the Reverse-Flash, turned out to be his mentor, a time-traveling maniac named Eobard Thawne. It was Thawne who had killed Barry’s mother when he was a boy, setting Barry on the path to become the Flash. Thawne told Barry that, if Barry helped him travel back to his place in time, Barry would have a chance to save his mother. Ultimately, Barry chose to let his mother die, rather than risk altering the course of history. Likewise, Barry’s comrade Eddie Thawne, Reverse-Flash’s ancestor, chose to kill himself so that Reverse-Flash would cease to exist.

READ: Where did FLASH’s time-traveling exploits come from? Learn more about time travel in the comics here!

In this first season, THE FLASH had a wonderful mastery of time travel and its inherent rules. Barry knew that saving his mother would have untold effects on the future, and might lead to him never getting powers. As much as it hurt, he chose to let his mother die so the world could have its scarlet speedster. On the flip side, Eddie took his life so that Reverse-Flash would be defeated for good. Both follow clear rules of time travel, work for the narrative, and yield emotional, gripping storylines. (Barry getting to say goodbye to his dying mother is a touching moment.) THE FLASH was able to excel because of the strong grasp it had on time travel, and how to appropriately apply it.

Unfortunately, season two of the superhero show did not do as well. As THE FLASH began working in elements like alternate realities, while still pushing a time travel narrative, the waters began to muddy. This is especially evident with the problematic origin of the season-long villain Zoom. Jay Garrick, one of Barry’s friends, was actually a “time remnant,” or a version of Zoom that was created when Zoom was traveling through time. So while Zoom was the villain, he was ALSO the new friend of The Flash. In addition, the show used this “remnant” nonsense to bring Eobard Thawne back for an episode, despite Reverse-Flash being very much dead. THE FLASH tried cramming a lot of content into the premise of time travel, which really took away from the things that originally made it work.

Not only did it complicate the continuity – and over-humanize Zoom – it cheapened what did work in the first season. THE FLASH’s season two finale is especially infuriating, because Barry travels back to the night his mother dies, and stops Reverse-Flash from killing her. This not only could lead to cataclysmic events in the present day, but also undercuts Barry’s sacrifice in the wonderful season one finale. By losing sight of what made time travel work originally, FLASH not only undercuts the principles of time travel, but perverts what worked so well in the first place.

Shows that don’t appreciate the implications of what changing the timeline does jeopardize the quality of their narratives. At its core, the idea of time travel isn’t all that confusing. If you go back in time, you have to balance out making a better present, without accidentally rewriting everything. If you watch BACK TO THE FUTURE, you understand all the rules and consequences very quickly. While THE FLASH demonstrated this understanding in its first season, the second season changed all the rules for the worst. Likewise, LOST seemed to not care about the implications, and just time travelled for the heck of it.

One of the best recent examples of time traveling television is the Hulu miniseries, 11.22.63. Based on a Stephen King novel, the series follows Jake Epping as he attempts to stop the assassination of John F. Kennedy. In his travels, he realizes how significant the event is, and how it might affect many other things. First off, Jake falls in love with a woman who is supposed to die the same day as JFK. Secondly, he learns that preventing his assassination may lead to apocalyptic consequences in the present day. As Jake tries to go through time, he has to balance out all the things keeping him from simply killing Lee Harvey Oswald and skipping back home. This firm grasp on the rules and consequences helps keep 11.22.63 on a clear-cut path through the timeline.

All of these elements play into what makes 11.22.63 a strong show. The series appreciates the consequences of time travel, on a broad and personal level. The entire fate of the world rests in Jake’s hands. He promised his friend he’d save JFK, but what if he can’t keep that promise? Could he save Kennedy while also saving the woman he loves? There are so many things to consider, all related to time travel. The narrative being so centered around time travel is crucial to the show’s successful storytelling. Not only does the show know the rules, it works through them, staying the course of a well-structured narrative. 11.22.63 never loses its center, because it always revolves around time travel.

Seeing the instances of time travel being successful, a common trend seems to emerge. When dealing with such a substantial, world-bending concept, it must be handled with care. You must be absolute with the rules of how time travel can work, from the start of the series. It’s easier to do so when you have a clear vision from the beginning, like 11.22.63 or THE FLASH’s first season. If you continuously build off it, as THE FLASH is doing, you have to stay consistent in your rules and consequences. To make time travel sustainable, you have to follow through with the same rigid structure. It’s fun to see different twists on the trope, but you don’t get to reinvent the rules without clear reasons why.