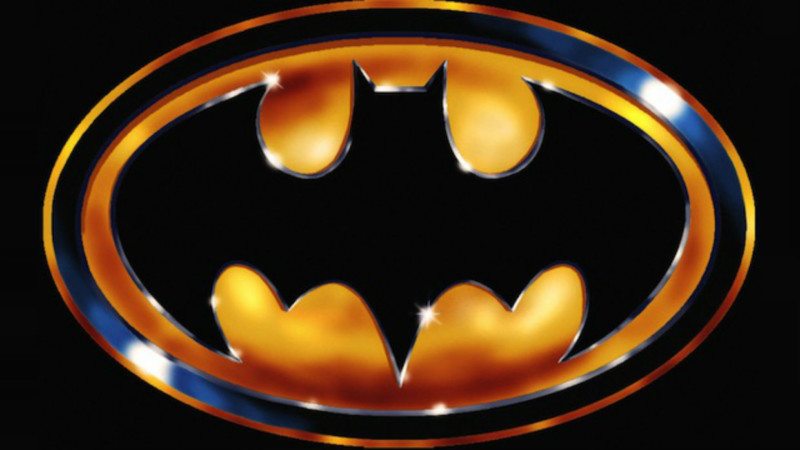 Tim Burton’s BATMAN was a masterful and influential piece of work. Jack Nicholson’s portrayal of The Joker was nothing short of groundbreaking, Micheal Keaton’s Batman was a pleasant surprise to viewers, and Kim Basinger’s Vicki Vale was as solid a performance as you could get. Consider for a moment the circumstances regarding this film. This was the first time Batman would be seen in live action since the 70’s, when Adam West played the title character. For those who haven’t seen West’s portrayal, it was the embodiment of the campy Batman persona. Burton’s film was a direct contrast from that, however, as it presented the character in such a way that had never been done before; the way he was in the comics.

Even though there was a lot of hype surrounding the idea of a darker toned Batman film, fans were not totally sold. This is because although the film’s trailers were presented as one with a much darker tone, the man cast to play Bruce Wayne/ Batman, Micheal Keaton, was typecast as a comedy actor. With all of this swirling around, it made sense that while people felt this film held a lot of promise, they were cautiously optimistic about the whole thing. 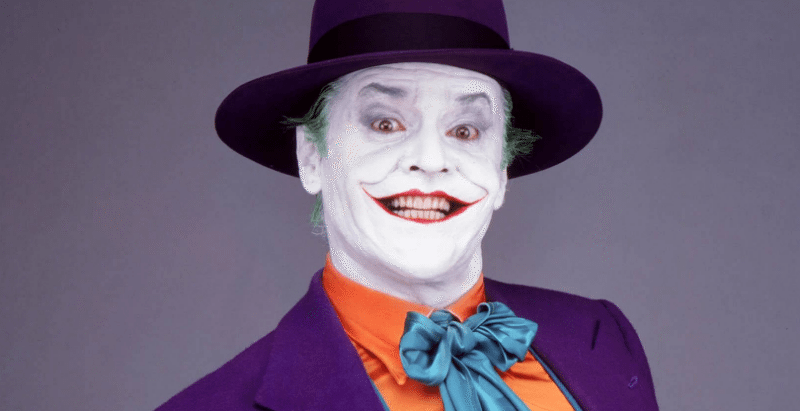 A lot of the promise for Tim Burton’s BATMAN came in the form of Oscar winning actor Jack Nicholson. Nicholson, whose prior works include ONE FLEW OVER THE CUCKOO’S NEST, THE SHINING and TERMS OF ENDEARMENT, seemed born for the role, and his performance lived up to the hype. Nicholson was praised by multiple critics and was nominated for a Golden Globe (This would be the highest form of recognition a comic book character would receive until Heath Ledger won an Oscar for his portrayal of the Joker in 2011). With his performance, a legitimacy was given to comic book films, making them something that Hollywood would no longer automatically raise its collective nose to.

While Nicholson’s performance was amazing, Michael Keaton’s portrayal of Batman was something that has set the bar for years to come. His portrayal of the character was a pleasant surprise to many (his casting was a point of controversy at the time it was announced). Keaton was also responsible for one of the most important aspects of Batman’s onscreen persona in that he was the first actor to change his voice between playing Batman and playing Bruce Wayne. This voicing style was later made famous by Kevin Conroy, the man whose claim to fame is being Batman’s voice in both television and video games.

While Keaton and Nicholson’s performances were widely praised, the major aspect of this film that made it such a success was its tone. This was at the time, the most successful comic book film and it was the first to encompass the dark tone associated with Batman. In the last on screen portrayal, titled BATMAN, Adam West’s Batman was a character whose gadgets included “Shark Repellent Batspray” and “Bat-Wake Gas”. He was a legally deputized member of law enforcement, and had a red phone that only made and received calls to Commissioner Gordon’s Office. As this was happening, the man who played the Joker, Cesar Romero, refused to shave his mustache, making the character look like, well a joke. Having a Joker character on screen that had more in common with a murderer on death row than the clown at five year old’s birthday party was something that had never been done before, and fans were foaming at the mouth for it.

With Burton leaving, Michael Keaton dropped out as well. Concurrently, Warner Bros. tried to go back to the campy type of Batman with Joel Schumacher directing BATMAN FOREVER and BATMAN & ROBIN (Bat Nipples anyone?). All of this snowballed and the franchise failed. Thankfully, Warner learned their lesson and went back to the more serious, dark themed tone that worked so well with Burton’s films with Christopher Nolan’s Batman trilogy, the latter of which are widely considered to be the best superhero films of all time. 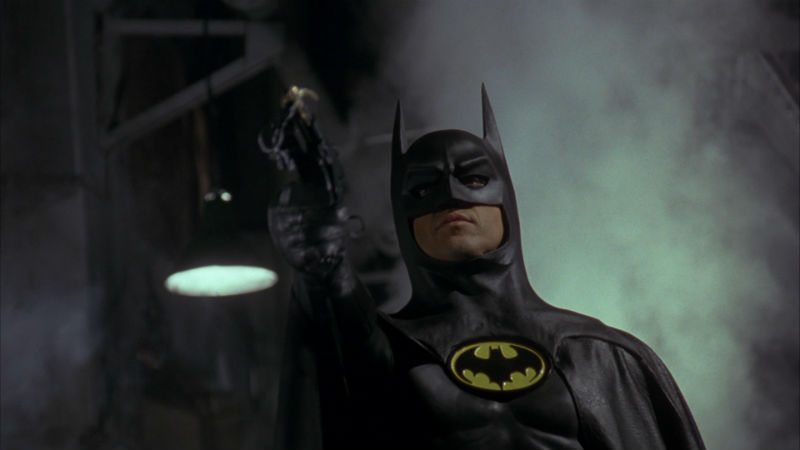 Another interesting point to note is how this darker, grittier tone has affected the D.C. cinematic universe. While D.C. has clearly tried to establish a more “adult” feel around their films compared to that other company, some say that grittier tone has actually gone too far. While I personally don’t see it, the argument has been made that this universe’s tone is a little too dark. These reports actually led D.C. to spend millions on re shoots for their film, SUICIDE SQUAD in an apparent attempt to make the film more light-hearted. This will present an interesting quandary for the D.C. universe going forward, as balancing the two tonal differences will be key to making sure that the films succeed. 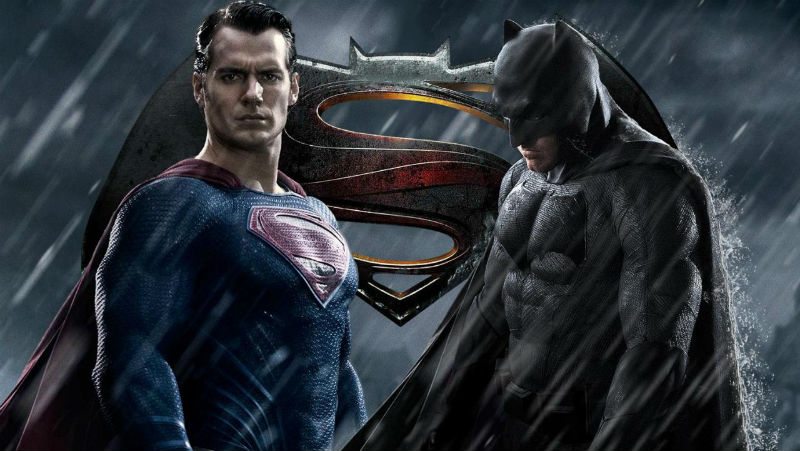 While D.C.’s Cinematic universe is in a bit of a flux, the same does not hold true for its television shows. As D.C. tries to push its more family-friendly approach with its live-action television series such as THE FLASH and LEGENDS OF TOMORROW and SUPER GIRL, the shows themselves don’t include The Caped Crusader or even reference him, a move that some think is intentional. By not having to include such a grim character, the television universe keeps up its more cheery persona, while not dragging the character into a world clearly not meant for him. This is in stark contrast to the television show GOTHAM, a television show set in a pre-Batman Gotham City. The tone of this show is visibly darker, the characters more brooding and it has absolutely no connection to the CW’s television universe whatsoever.

While live action D.C. works took a while to really find their groove, Tim Burton’s BATMAN has been widely praised for being the influential and the spiritual template for BATMAN; THE ANIMATED SERIES. This series is considered by many to be the best adaptations of comic book characters outside their usual medium and its success is directly responsible for the creation of D.C.’s animated universe. Because of the show, two voice actors Kevin Conroy (Batman) and Mark Hamill (Joker) are now thought to be the gold standard in terms of voice, to their respective characters. The two have gone on to do many works together as the voices of Batman and Joker, the most recent of which was an animated adaptation of THE KILLING JOKE. Hamill has since stated that he is retiring from voicing the character. Harley Quinn holds the distinction of being the only character created by the show to be put into the comics. She is now one of the most popular characters in the D.C. thematic universe, and is set to get her own movie in the upcoming year. Creators of the show Bruce Timm and Eric Radomski have repeatedly stated that Burton’s BATMAN was the inspiration for their show, as they looked to emulate the darker tone and Gothic scenery that the film so beautifully expressed. 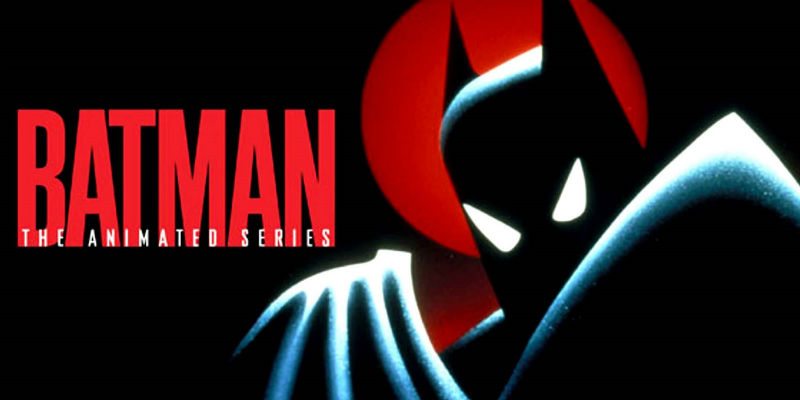 While the quality of today’s D.C.’s onscreen media can be debated, there is no debating the impact that Tim Burton’s BATMAN has had on various shows and films. The darker tone that BATMAN instilled in the on screen character has proven to a financial and critical success. While the film might not be everyone’s favorite, Tim Burton’s BATMAN did more to help D.C. than anything else up to that point, and its impact is still being felt today.