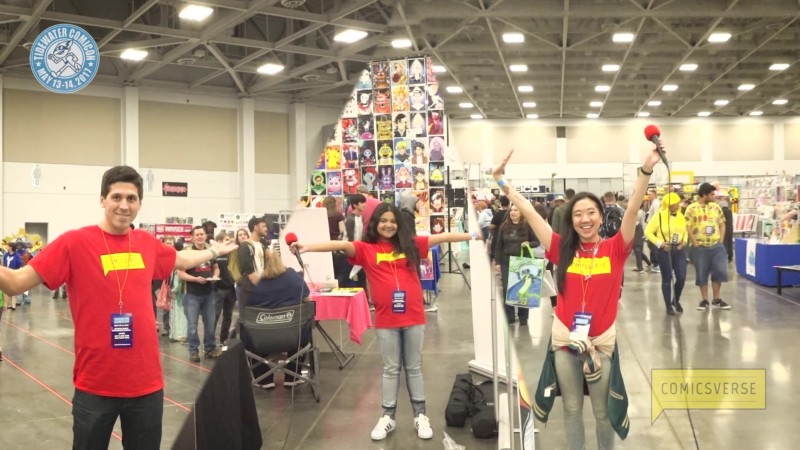 To whatever individuals comprise America’s popular culture, the phrase “Comic-Con” likely brings to mind the massive conventions of San Diego or New York City. While these celebrations of Geekdom are known for being tremendously fun and exciting, they can also be a bit cramped and anxiety inducing as the sea of attendees struggle for attention and personal space. This doesn’t mean there isn’t any enjoyment to be had with the more exciting cons. But as someone looking for a less hectic experience, I found Tidewater Comicon to be right up my alley!

Taking place at the Virginia Beach Convention Center, Tidewater Comicon offered the perfect venue for both nerd culture engagement and other recreational activities. Although the Saturday of the Con was pretty dreary, by Sunday’s end it turned into perfect beach-going weather. Virginia offered a number of other interesting local attractions, but the convention itself proved to be more than enough for this team.

On Saturday ComicsVerse was still waiting for a few members of the crew to arrive, but we managed to get quite a lot done that day. Our own Anika Hossain and Alex Bisignaro got to speak with freelance artist Katy Farina and NEW MUTANTS co-creator Bob McLeod, respectively. The next day was even more exciting! With the last two members of the team present, we really got into the swing of things. We were proud to host two panels during Tidewater Comicon, one about how comics had a significant impact on our lives and the other discussing diversity in the X-Men with a special appearance by Chris Claremont! Kat Vendetti also interviewed writer Tini Howard, and I had the privilege to speak with Jeremy Whitley of THE UNSTOPPABLE WASP fame.

Tidewater Comicon proved to be an absolute blast, a solid two days of entertaining interactions and camaraderie building. The smaller crowds kept things uncongested and made for a much more relaxing experience, perfect for someone like myself that isn’t used to such large numbers. Ultimately, I had a great time and look forward to more excursions with this team!