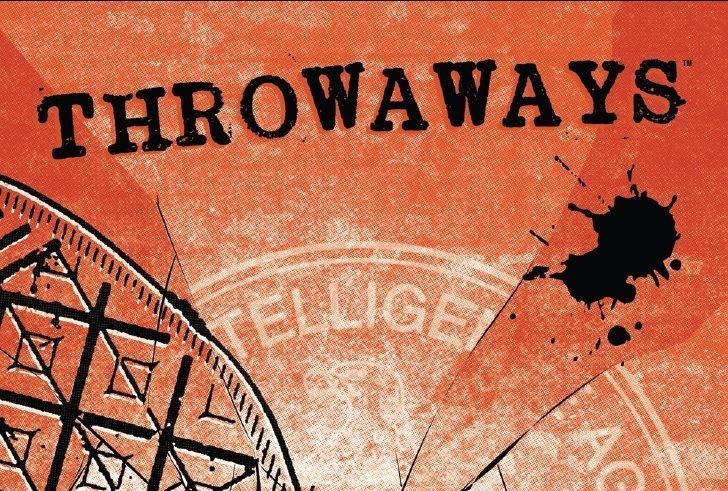 THROWAWAYS #1 is a new series created by Caitlin Kittredge and Steven Sanders and published by Image which delves into the shady past of a secret military program. It begins with an action-packed opening. Our protagonists, Abby Palmer and Dean Logan, are trapped behind a scrapped car while military types rain bullets down upon them. It’s a nice way to open the issue, which gives you an insight into Dean’s mindset before he does something extraordinary. Once this particular super-powered cat is out the bag, we cut back to four hours earlier where we witness how this state of events came into being. 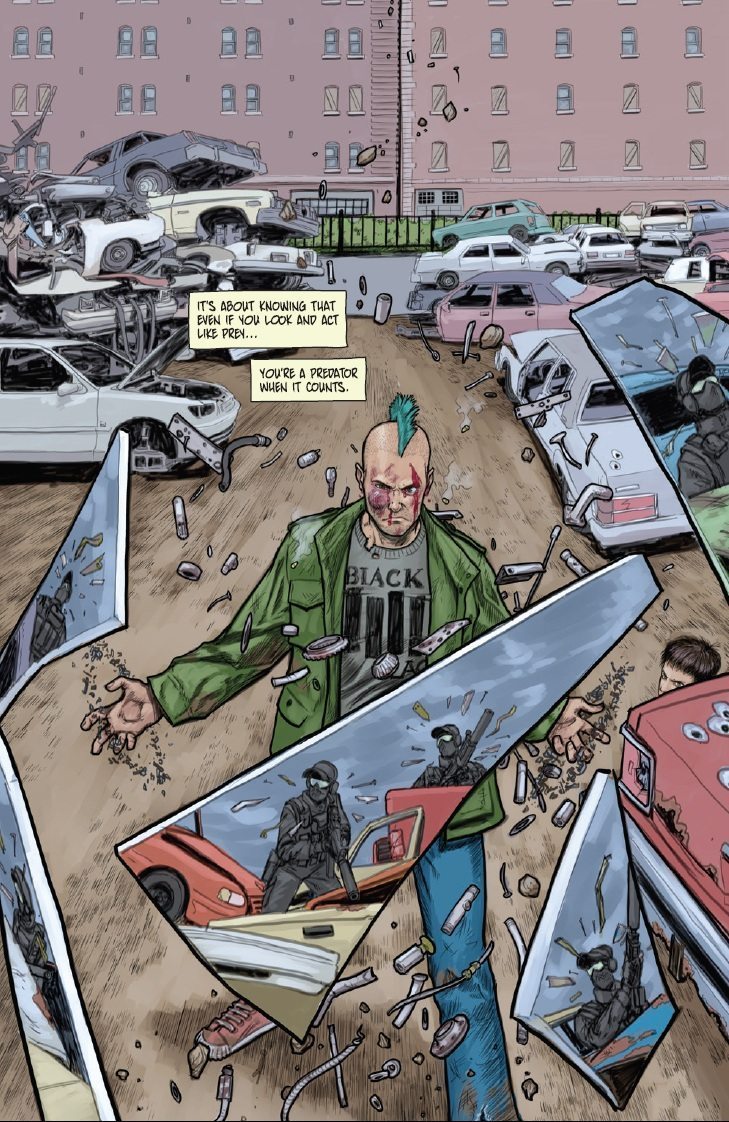 This particular storytelling trick, of getting right into the action at the start before cutting back to an earlier time, can at times feel tiresome. It usually means that there is a whole lot of exposition and characters to set up before getting back to the meat of the story. That in itself can be quite boring and at times taxing. Fortunately in THROWAWAYS when we get introduced to Abby, it’s not long before we get to the issue’s most chilling scene.  It’s unexpected and frightening all at once. Blood and bullets fly with Abby a near casualty. Steven Sanders’ style and pacing throughout this scene makes it even more shocking in its simplicity. The light colors and clean line work help out once Abby’s friend, Crandall, stand ups and takes action. It catches the reader off guard–even the panel splinters in reaction!

READ: What makes Image Comics so special? Read our analysis to find out!

From there however, THROWAWAYS starts to lose focus with some visual and narrative leaps that just don’t connect. When a flash-grenade abruptly ends Abby’s scene, the panels used seem ineffectual and rob us of any drama. The focus is placed on the introduction of the bomb, its detonation reduced to a very small panel. After Abby survives the bloodbath, it seems almost a waste for the explosion to be so throwaway.

The scene immediately cuts to Dean getting his face kicked in on the next page. The fight is used to explain who he is and the relationship he has with his girlfriend. While the reader already knows he has some sort of power, it is the only thing not touched on here. What we do learn is that his father shot two FBI agents dead roughly twenty years ago. He has being carrying around this stigma for most of his life and this fight is only one of many he has suffered. 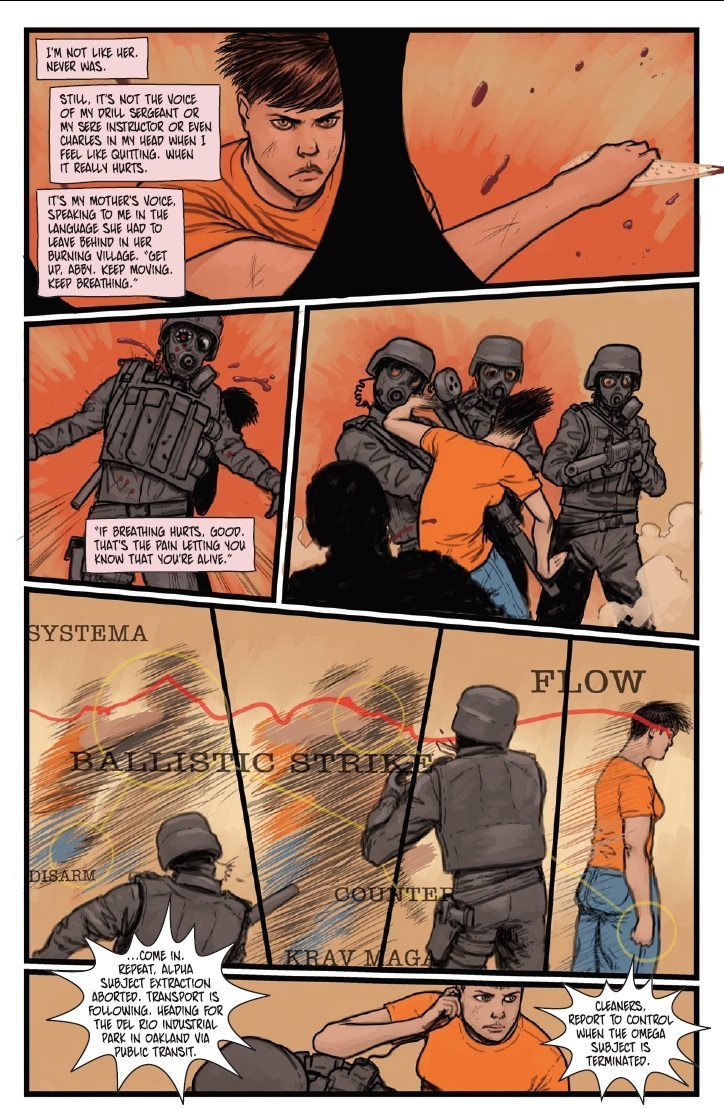 As we jump back and forth from Abby’s story to Dean’s, the fight scenes seem lackluster. On their own, the panels offer some nice action, but as a whole they don’t flow into each other. This becomes a real problem when Abby and Dean finally meet. There seems to be too much going on between the panels. Soldiers surrounding the building Dean is in are suddenly inside; Abby drives through the front of the building in a car, but then enters through the back gate a few panels later, not to mention Dean’s girlfriend (who has been present through the attack) disappearing off panel. A line of dialogue explaining how it happened does not fix the feeling of how jarring this feels. The pacing seems off and the sense of any real danger is gone, and the reader is left scratching their head in confusion.

READ: As one Image series begins, another one ends. Check out our review of PLUTONA here!

There is mystery here, and Caitlin Kittredge writes a solid script. The issue asks some interesting questions: why do people want Abby and Dean dead? Was Abby part of a top-secret military program? Where did Dean get his powers? THROWAWAYS #1, however, doesn’t quite leave the reader wanting to find out the answers to these questions. Hopefully #2 will be more effective in this regard.