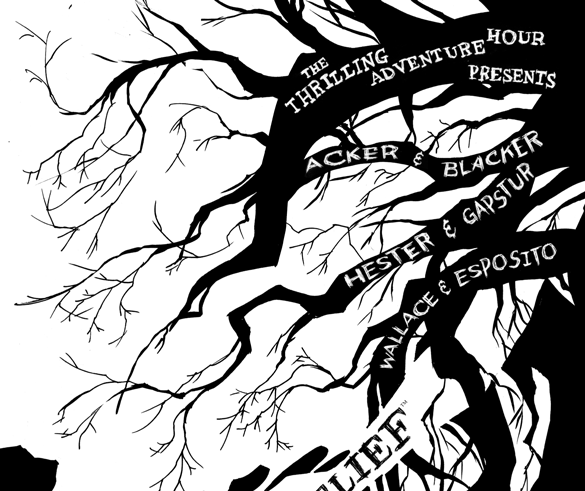 It’s time to send the little ones to dreamland and set your radio’s dial to “spooky.” Bolt the doors, lock your windows, and steel yourself for mysterious suspense in this evening’s feature: BEYOND BELIEF. Join us in tonight’s review of THE THRILLING ADVENTURE HOUR PRESENTS… BEYOND BELIEF #3!

READ: Why is Image so awesome? Read our 3 Reasons why Image Comics is a Top Publisher!

Ben Acker and Ben Blacker have turned their acclaimed THE THRILLING ADVENTURE HOUR into a comic book series. The podcast, a part of Nerdist industries, is formatted in an old time radio style and tells two short stories, SPARKS NEVADA and BEYOND BELIEF. The latter, the basis for this comic, is about the adventures of a married couple, Frank and Sadie Doyle. They are fast-talking, witty, high-society types, and they’re mediums. The two leads, played by Paul F. Thompkins and Paget Brewster, are recorded during a live stage performance every month. 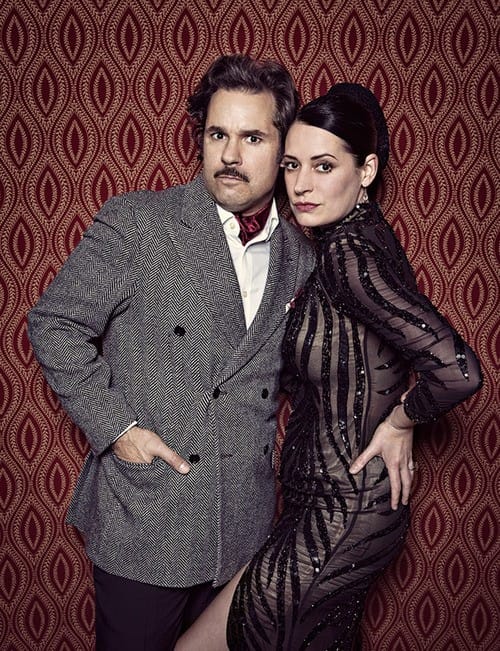 The Doyles have dealt with tmurderous ghosts in issue #1 and issue #2 faced the imaginary friend of an imaginary friend. Now they realize their friend Donna Donner has been kidnapped by a cult that takes orders from a mystical tree. The tree wants his followers to murder Donna in a ritualistic sacrifice. Therefore, Frank and Sadie enlist the help of the imaginary friend (the good one) to fight the cult and save Donna. 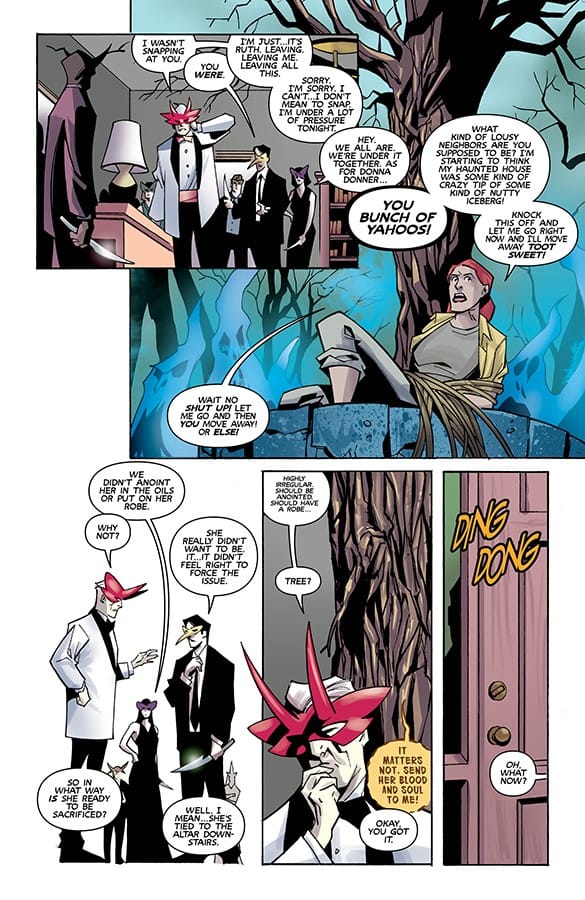 Surprisingly, this story about mediums contains the best humor I have read in a while. Frank and Sadie are completely unfazed by the existence and attacks of the supernatural. They go as far as to ignore them or dismiss their power and continue their own conversations. When I mentioned that they were fast-talking and witty, it is the most prevalent in their banter. They constantly go back and forth, especially on the topic of alcohol, amusing themselves, each other, and the reader. However, I would have liked to see a bit more detail on the more magical characters. The imaginary friend, in particular, is drawn too similarly to the tree and his followers. 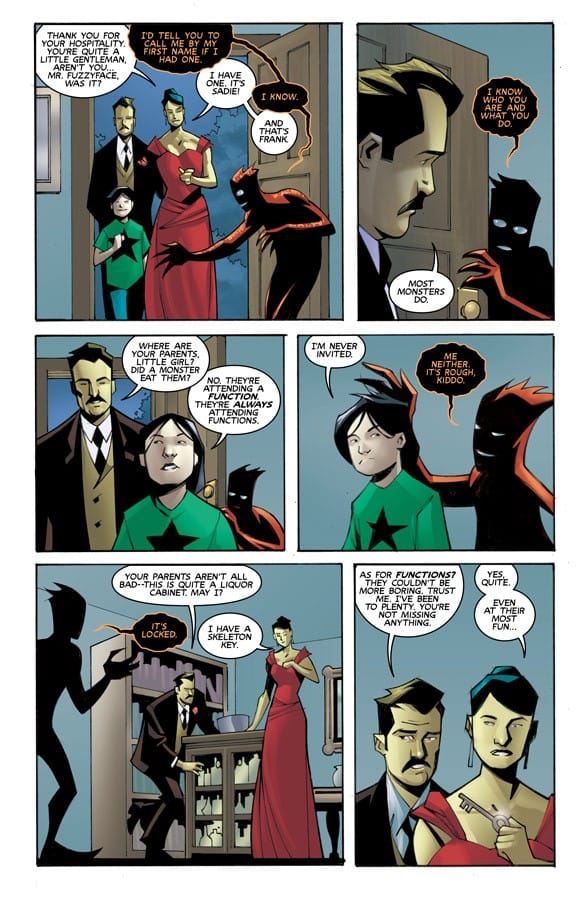 The art by Phil Hester is fitting for the story. He brings his own vision to a story that is normally told verbally through the podcast. The Doyles are completely fearless in the face of danger and absolutely look that way throughout the series. My favorite part of the art direction is the way Frank and Sadie are drawn and colored. They are always in crisp, clean, and expensive clothing: a long flowing dress for Sadie and a three-piece suit for Frank. Also, Hester includes alcoholic drinks that are almost always in the hands of both Frank and Sadie.

This issue, as well as the comic series itself, is a great compliment to the podcast, but even if you haven’t listened to the podcast, it is still an awesome series to get into. The old time radio style is a refreshing format for a comic book. Also, the witty heroes are hilarious in their confrontations with things that are meant to scare the living daylights out of people. It will be interesting to see where this series goes from here. This issue ends with a bit of a twist that Frank and Sadie will have to deal with in issue #4.

Join the Doyles next time when they once again walk… BEYOND BELIEF in a frightening tale titled, “Dismemberment of Things Past!”