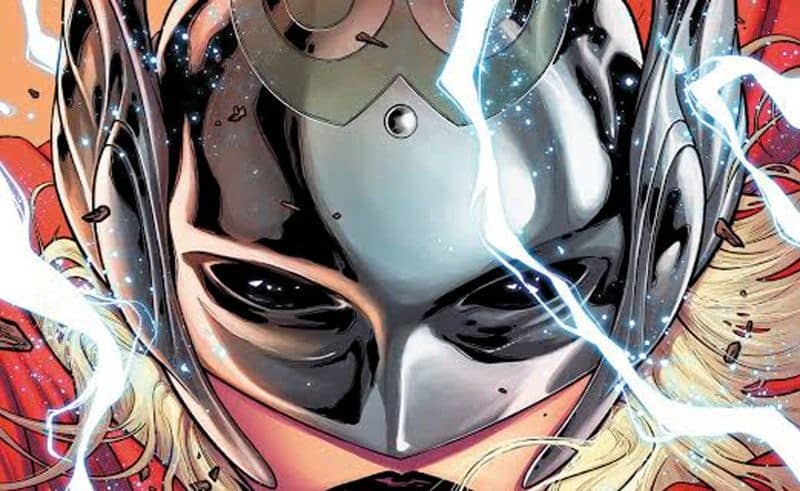 Last year, Marvel shook things up when Thor Odinson was declared unworthy – and another took his place, a female Thor whose identity has now been revealed!

In an interview with New York Times’ Artsbeat column, writer Jason Aaron has blown the lid on the greatest secret of Thor fandom.  Who is the new, female Thor?

When Marvel first made the move, the female Thor attracted a lot of media attention – not least because she was part of a major relaunch, with Falcon taking over as Captain America and Iron Man’s going all, well, Superior.  Fan reaction has been electric, if you’ll pardon the lightning pun, and sales figures have been excellent.  She’s truly been a success, but the riddle of her identity has remained for some time.  Now, in a strange move, Jason Aaron has spilled the beans to the New York Times’ Artsbeat column.

Her name is Jane Foster.

Many readers had guessed this.  Given Jane’s high level of exposure in the Marvel Cinematic Universe, the character was a top contender, but Aaron has spun it out a bit by showing us a Jane Foster who’s currently dealing with breast cancer.  That wrong-footed some readers.

“Jane Foster has been part of the Thor comics and the Thor mythology from almost the very beginning.  The very act of picking up this hammer, of becoming Thor, is killing her. Where we go from here is the real story.” 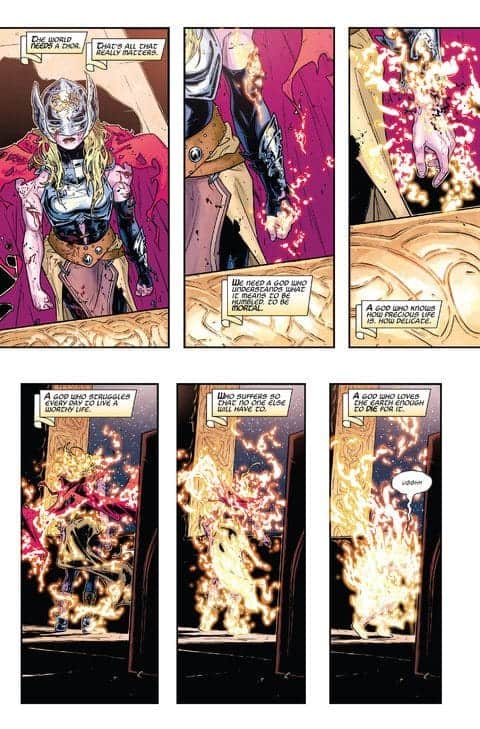 The scene above is from ‘Thor #8‘, out this week, which will reveal the secret.  It’s sure to be an unmissable issue!