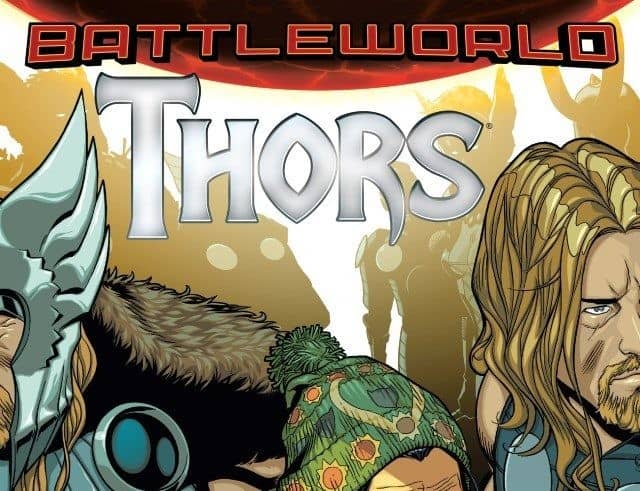 THORS #3 is back, and all of the promise of the last two issues have finally come together to make a kick ass third issue with reveals galore.

The issue begins with Loki locked up in interrogation. All of the Thors discuss their various techniques before the ‘Ultimate’ Thor finally enters. They go into some seriously kick ass (did I mention that this issue is kick ass?) verbal sparing before Loki reveals to our Thor that there are numerous dead Jane Fosters and Donald Blakes. Thor goes off to investigate, and he runs into many interesting characters on this journey (Can you tell that I’m avoiding spoilers?). 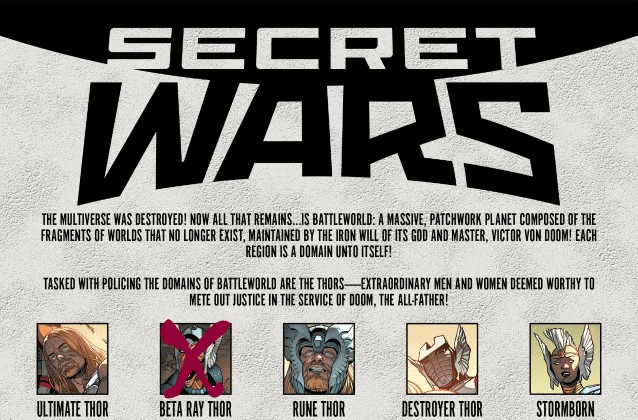 READ: Wanna go back to 2004? Read our look back at Bryan Lee O’Malley’s classic SCOTT PILGRIM

This issue really proved to me that the entire run of THORS has been really exquisite. What could have been a really weird concept has been translated into a really savvy and fun take on the noir cop genre. Thor Lief has been an awesome protagonist and fits the trope of the damaged old cop that is frankly getting too old for this shit to a tee. However, he never feels overly cliché. His reactions to everything feel real within the world of Thor and within the world of cop drama. In addition, the reveal of a ‘crocked Thor’ and the return of one of my favorite characters made the entire issue a must read for me. Of course, one of the biggest and awesomest moments in the entire issue is the first 10 pages when Thor Lief interrogates Loki. Any Thor fan will love the witty banter and Aaron has really impressed with his ability keep Loki in character while also allowing him to inhabit the life of a street urchin. Loki, of course, has some amazing lines, and Thor Lief shows some pretty impressive attempts to trick Loki (spoiler alert: it doesn’t work). 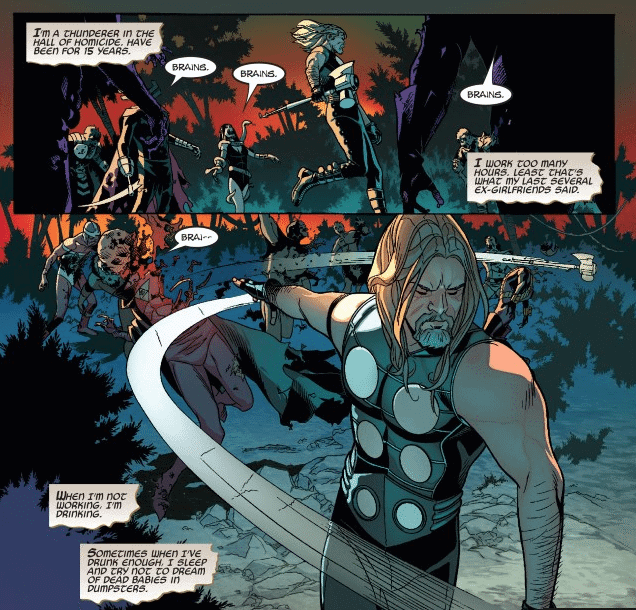 LISTEN: We have a podcast that has just celebrated it’s 50th episode! It is awesome to listen to while swigging mead so you should check it out!

The art is also nothing to be ignored. While I will admit that the drawing style is not necessarily my first choice, the panel design is cinematic and powerful. When Thor Lief flies away (instead of driving away like he would in a cop drama) it really evokes the proper feel. Despite the fact that it is a world of fantasy, Chris Sprouse and Gordon Sudzuka have found a way to still capture the idea of a seedy underworld in Battleworld.

Overall, this issue is a must read, and if you haven’t picked up the previous two issues then now is the time because Thor Lief has been a Thunderer in the Hall of Homicide for fifteen years and he’s getting too old for this shit.