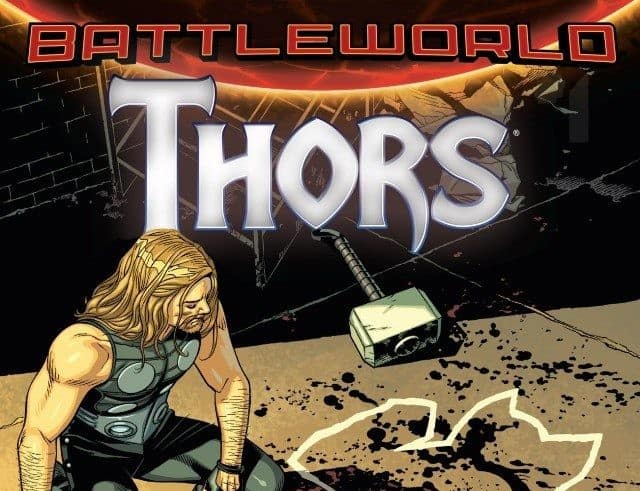 More Thors, more problems in this THORS #2 review. After an actually fairly enjoyable and surprising opening the Ultimate Thor is back and ready to rain down vengeance for the loss of his partner. 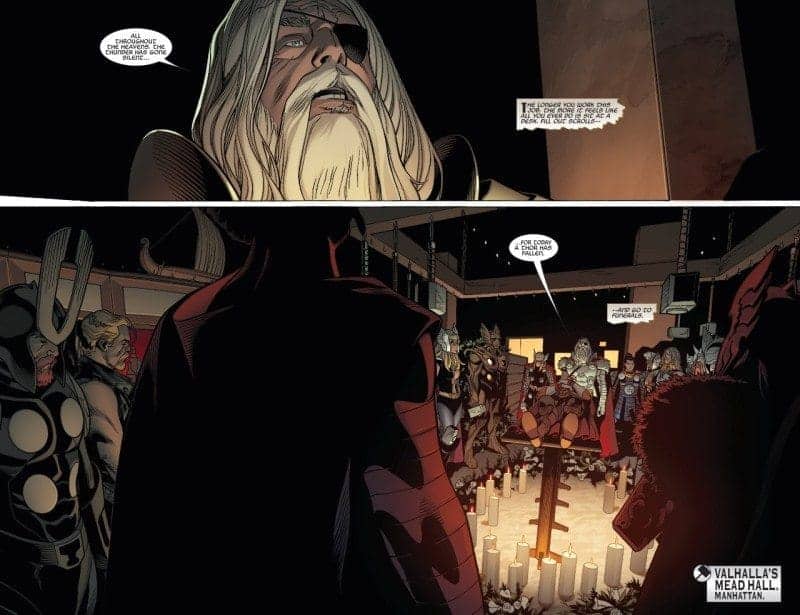 Picking up where the last issue left off, the Ultimate Thor is ready to try and solve this mystery that has cost Beta Ray Thor his life. The entire Thor Corps is beside him as they round up Ultrons, Hulks, and Zombies in an attempt to get any lead. While he is on this trail he runs into Thor the Unworthy, the Thor that we have been dealing with in the last run of THOR, and they have a confrontation. The Ultimate Thor is called away however because a new body has been found, and the plot thickens. 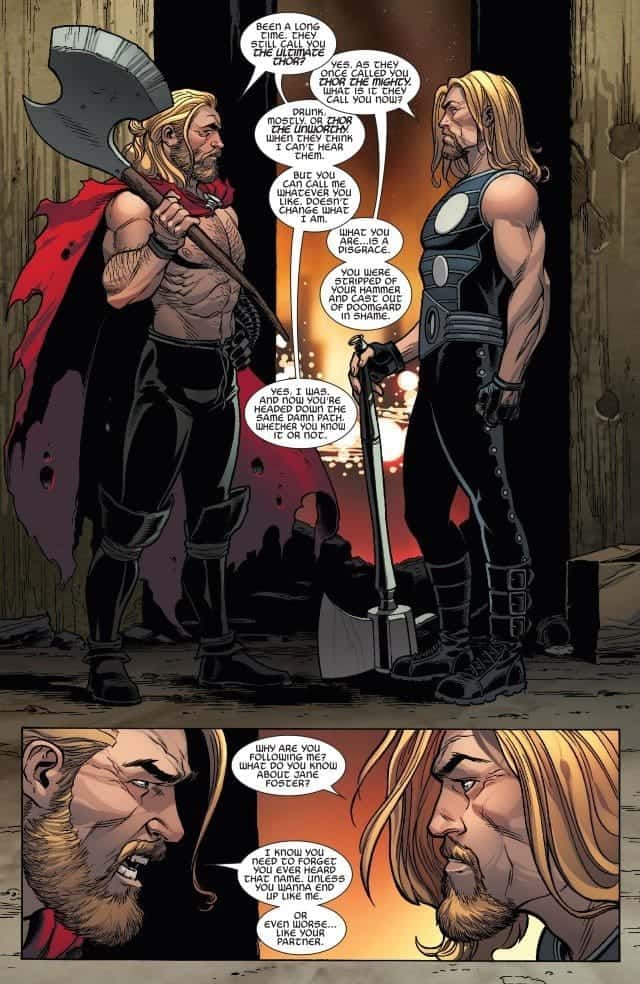 There is a lot to love in this issue. I mentioned this in my last review but I have a special place in my heart for all of the ways that the world of Thor is turned into the world of cop drama. There is more of that so I am smiling. Outside of that, the reveals that are given in relation to the murder mystery are also very unexpected and compelling. I loved the return of Thor the Unworthy because I think he is an extremely compelling character, and I think that his statements about what it truly means to be worthy are valuable in a world where tons of people are being chosen by the hammer. When everyone has a hammer but him it becomes even more clear how out of place he has become. I actually would have loved for him to be the protagonist of this entire story with him acting in the place of the private detective that was ostracized from the force, but that’s my inner noir fan coming out. In addition, Ultimate Thor does not really have any knowledge of these Jane Fosters, and the doctor mentions to him that Jane is always a nurse. Of course, we know otherwise so there is a hope that our super worthy Thor, Jane Foster, will show up at some point! 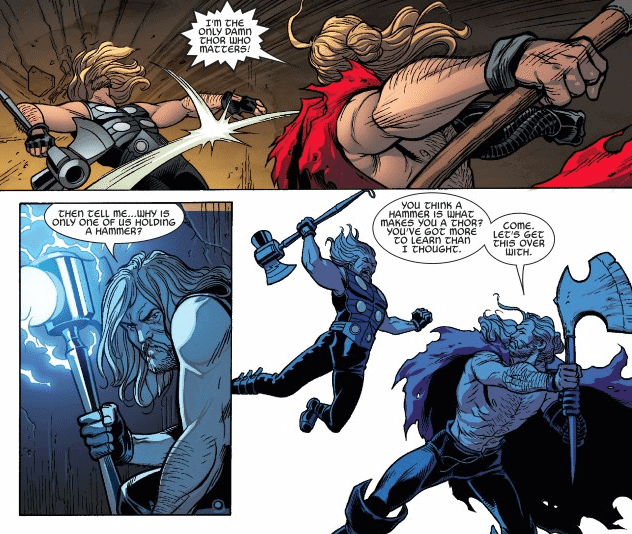 The art and panel design is extremely good in this issue. My favorite one involves the Thors shaking down the Hulks in one large assault panel. In addition, Sprouse and Sudzuka do an impressive job of finding detailed ways to distinguish all of the different Thors from each other. Especially during the fight between Ultimate Thor and Thor the Unworthy, they manage to communicate visually that they are different through their costumes and weapons even though they are so similar.

Overall, there is a lot of Thor stuff here. If you know about Thor, then every reveal is going to mean a lot to you, but if you are new to these comics then it might be a little too steeped in history. However, the mystery is getting more and more compelling, and the introduction of Thor the Unworthy leaves some very interesting places for it to go. I think it’s worthy of coming back to the Valhalla Mead Hall to try and shake down some information out of a few more issues.