Well, the title should be pretty straightforward as to my feelings about THOR: RAGNAROK. That trailer is great, no? The music (How much do you think Disney had to pay to get Immigrant Song?), the general outline of the story, even the character reveals are very well done.

The trailer’s first few seconds are funny enough. Thor drops down into some cavern. He does the whole “(record scratch) you’re probably wondering how I got into this situation” line traditionally reserved for eighties movies and more recently, teenage comedies.

Once that little part is over, we get into the meat of it all. From what I can tell, and frankly, I don’t think I’ll be too far off considering how much Marvel seems to be giving away in their trailers nowadays, the film will go something like this. Hela (The ruler of hell and woman who breaks Mjolnir) either destroys or takes over Asgard.

Thor comes back to fight her, loses, gets taken to another planet where he gets captured by the Grandmaster’s forces and has to fight in gladiatorial combat with the Hulk. They then reconcile in some way, go back to Asgard and fight Hela again. Thor gets captured, sent to hell, and the final battle will proceed from there. Presumably, Thor will win. 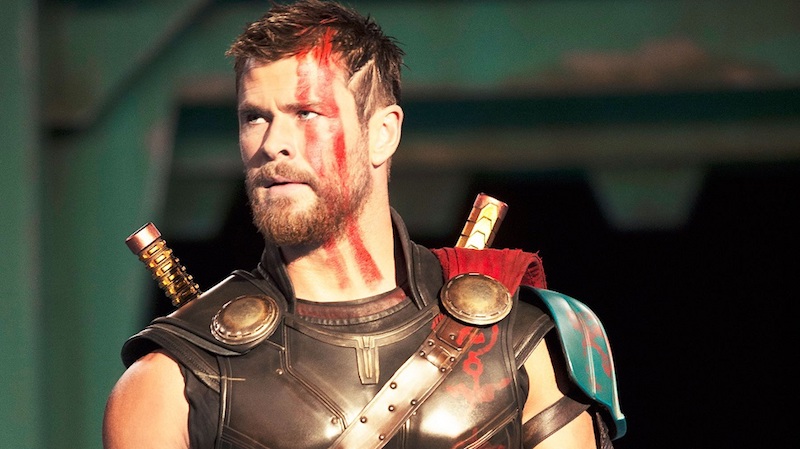 Now, I realize the last couple of sentences in my prediction were the only time I was going out on a limb there, but as other authors on this site and I have mentioned, Marvel tends to give A LOT away in their trailers at times. THOR: RAGNAROK seems to be in line with this general trend of trailer production. Although the trailer does give away a fairly stable outline of the film’s plot, it leaves a lot the view with more questions.

Will Loki Be Ever the Trickster?

First, what is Loki’s involvement in all of this? My guess is that as unpredictable as he is, the last thing he wants is another person ruling Asgard. Now I’m not a gambling man. However, I’d say that in this case he and Thor are very much on the same page. That’s why you see him in a scene towards the end of the trailer presumably geared up to fight. As for the moment with him and The Grandmaster? Seeing as the Grandmaster is a major gambler, Loki is probably gambling for Thor’s freedom. Of course, this is Loki we are talking about here, so who knows.

Another question this trailer brings up, is what is the MCU going to do with Hulk now? The gladiator fight sequence is an obvious nod to PLANET HULK, an arc that is indeed worthy of a film. However, that would require Disney working with Universal much like they did with Sony on Spider-Man. To make a long story short, Marvel can use Hulk in films where he is not the main character. Thus, they avoid having to pay Universal. If they want to create a Hulk standalone movie, they have to pay Universal a significant amount of money. 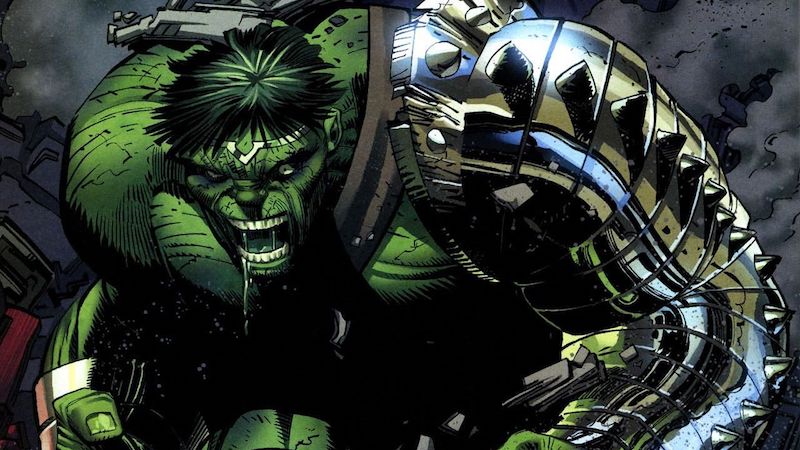 While Marvel and Sony struck an agreement on Spider-Man, Universal is an entirely different studio. Such a deal might not work out. One only needs to take a look at how Marvel has handled trying to get back the film rights to the Fantastic Four and the X-Men, which Fox owns. Negotiations have gone poorly. Thus, it’s unlikely Marvel will get them back for the time being. No matter how perfect the time it is for Fox to do so for the X-Men. It has even gotten to the point where Marvel has stopped making Fantastic Four comics altogether, and Fox just reboots the film series every five years to keep the rights.

The Cast of THOR: RAGNAROK

Regardless of what happens with the Hulk, the THOR: RAGNAROK trailer looks amazing and hopefully will translate into an entertaining film. Personally, I have become extremely impressed with the quality of actors and actresses the MCU has featured recently. In the beginning, the universe’s biggest stars consisted of pretty much unknown actors, pre-blockbuster career Robert Downey Jr., and Jeff Bridges.

Now? They are getting Academy Award nominees and winners in Cate Blanchett, Tilda Swinton, and Benedict Cumberbatch. They have the hero of the JURASSIC PARK franchise and guy who can find you a decent apartment anywhere in the world, Jeff Goldblum. There’s just an obvious step up in the quality of the actors they are getting. The star power of the actors in this film leaves no reason to think THOR: RAGNAROK won’t be another hit for Marvel.