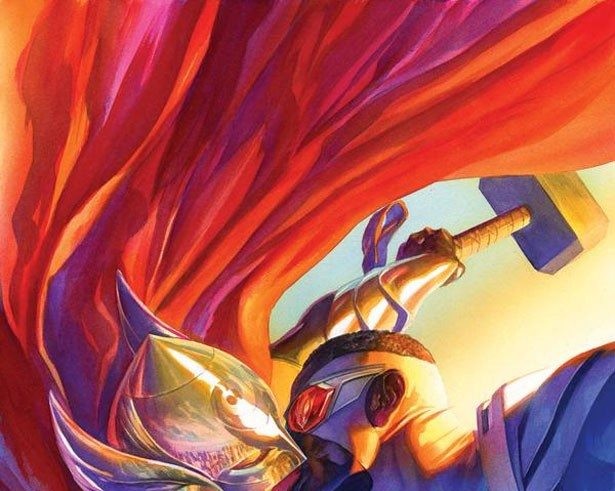 Yes, this is Alex Ross’ cover of ALL-NEW ALL-DIFFERENT AVENGERS #4; Senior Editor Ben Morse introduced the image with the memorable phrase, “Earth’s Mightiest kiss.”  You can see why: Thor and Captain America, locked in an airborne moment of passion.

So is this cover a big deal?

Well, first of all, let’s face the facts: this is the cover, not the content.  Marvel have form when it comes to putting eye-catching romances on the cover, and never having them materialise.  Let me give you two examples: 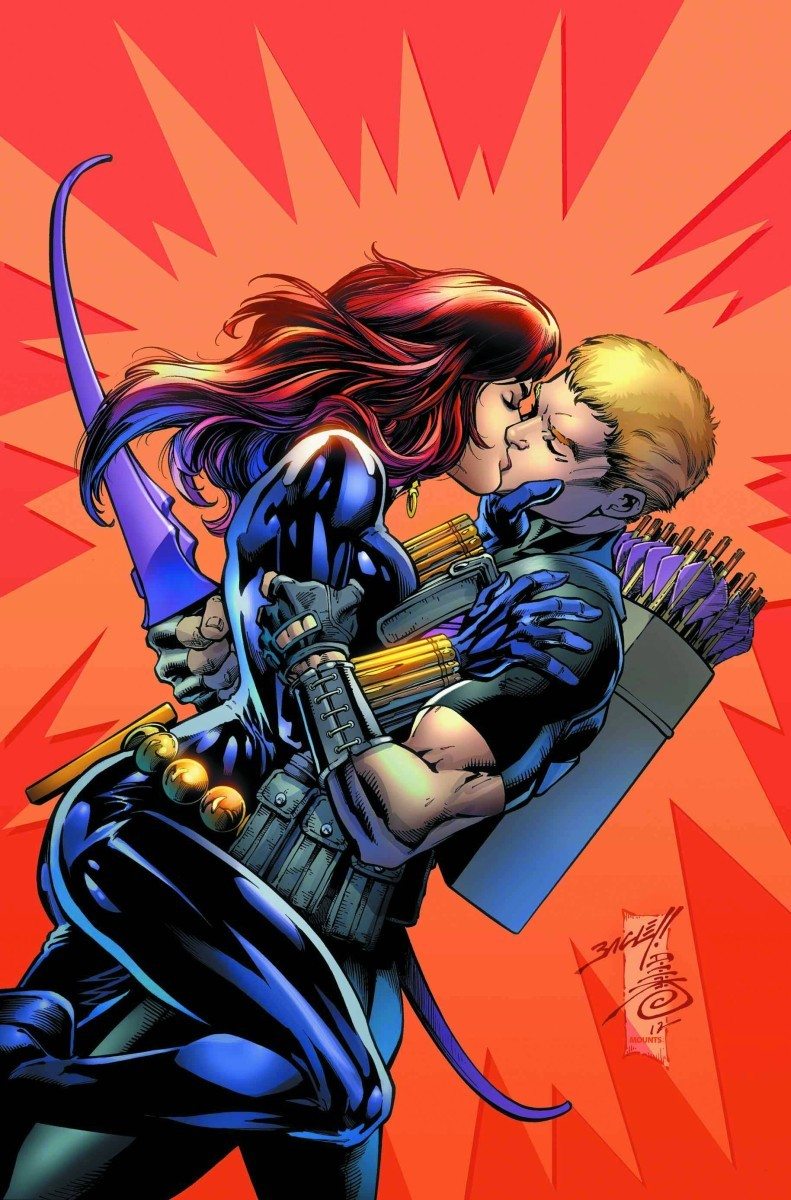 OK, so at first glance this cover suggests that the issue will see Hawkeye and Black Widow get together, right?  Except that didn’t happen.  Sure, they kissed; and sure, things got heated; but it was a moment where both let their guard down, and the story moved on. 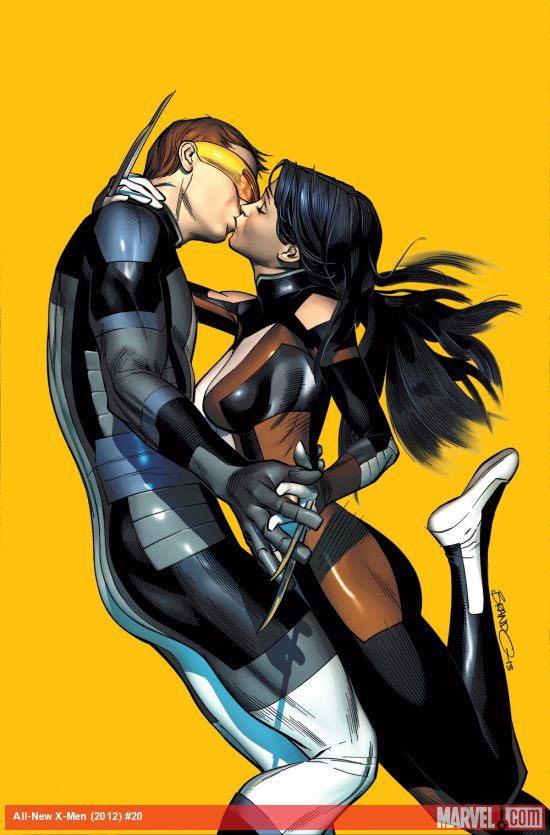 If you picked up this issue expecting romance between Cyclops and X-23, though, you’d be in for a disappointment.  The two never got beyond giving one another an occasional sympathetic hug, and by ALL-NEW X-MEN #30 another cover revealed an actual relationship for X-23, with Angel.

My point is simple: Just because a cover shows Sam Wilson, the new Captain America, kissing Jane Foster, the new Thor, doesn’t mean it’s going to happen – or that it will mean anything if it does.  A cover is a sales tool, and Marvel have a history of playing fast and loose with the contents of the books, especially when it comes to relationships.

Of course, it’s one thing to have a cover showing them kiss.  It’s another to reveal that cover to packed audiences at NYCC 2015.  That, at least, suggests to me that Marvel are extremely aware of how powerful an image they’re presenting.  I’m seriously doubtful that Marvel would be willing to risk angering so many fans by making a big deal out of this kiss, and then not even having a kiss happen.  But never forget; if you’d gone by MS. MARVEL #34, Spider-Man and Captain Marvel (then Ms. Marvel) were going to go on a date.  It wasn’t a particularly successful date, and it had little-to-no long-term impact.

In short: believe the hype when you read the comic.  Until then, take things with a pinch of salt.