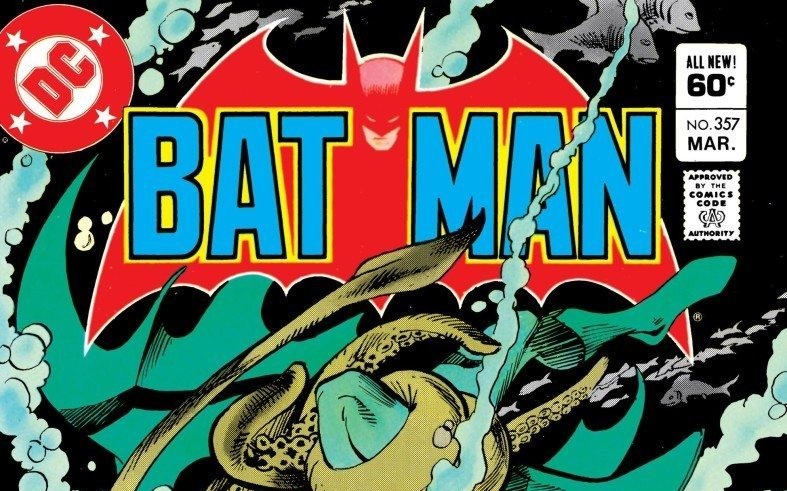 Jason Todd was an incredibly divisive figure among Batman fans when he was introduced in the 1980s. In the post-Crisis on Infinite Earths DC Universe, Jason Todd became incredibly troubled. His philosophy changed from a happy go lucky clone of Dick Grayson’s Robin, to a child that was mad and believed that criminals shouldn’t be allowed to live. He even sometimes acted on this belief behind Batman’s back. After a while, DC Comics realized the hate for Jason Todd had grown too large and gave fans unprecedented power in the direction of a character. Given the choice between life and death, fans were given the chance to call one phone number to say Jason should live, or another saying they wanted him to die. This all culminated in the DEATH IN THE FAMILY story arc where the Joker murdered Jason Todd with a crowbar and some explosives. It wasn’t always this way, though. Originally, Jason Todd’s fate was much different. Let’s discuss that happier time.

READ: Find out the current state of Robin with our review of BATMAN AND ROBIN ETERNAL #23!

Unfortunately, the story is only a very tiny bit about Jason Todd. I apologize in advance for the misleading title, but would you be reading this if it said ‘This Week in Comic Book History: A Mobster Named the A Squid Speaks Like A Toddler in BATMAN #357’? Maybe. If so, thank you for your support. But, yes. This story is mostly about the Squid, and Batman, who is also in a really bad mood. He’s constantly throwing insults and making fun of people as he punches them. The comic opens with him just yelling about how someone is scum. This is a much angrier Batman than the one we are used to today. He just hates everyone, and it’s fascinating to look at how even before Frank Miller revolutionized the Dark Knight, he was already becoming much darker and angrier. 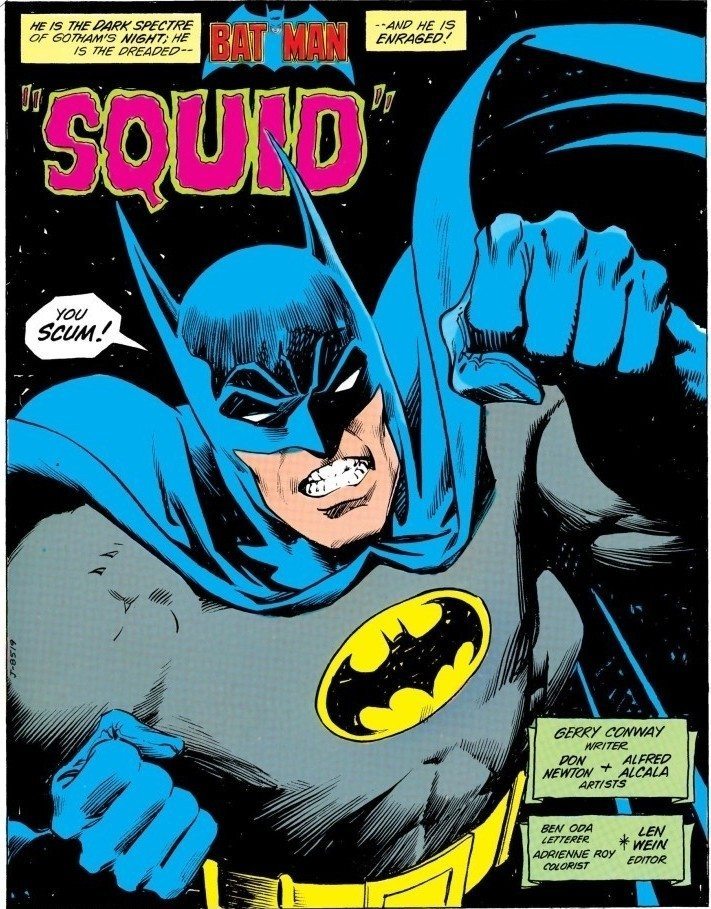 He beats the ever loving hell out of some nameless mobsters while making really snappy one liners until he hears them drop the name of their boss, the Squid. Satisfied with his work Batman leaves and we cut over to Jim Gordon having his blood pressure tested. It turns out he was just rehired as police commissioner and had to have a physical in his first thirty days. With the New 52, it’s been a while since Gordon was kicked off the force and reinstated as commissioner, but it was a surprisingly common event in pre-New 52 Batman continuity. The man could not keep his job. It’s also revealed, not shockingly, that Jim Gordon has high blood pressure, and smoking isn’t good for him. The smoking aside, it seems like high blood pressure in Gotham would be a regular thing. If someone was trying to kill me and everyone I’ve ever known every month, my blood pressure would rise too.

Elsewhere, Joey Taylor aka Joey Numbers (don’t worry if you’ve never heard of Joey Numbers, no one else has either) is getting chased down by some bikers who very much want to stab him to death. Apparently, his boss Tony Falco is going to jail, and people are just going around and murdering Falco’s people. Luckily, the Squid interrupts and shoots everyone messing with Joey. He also can’t pronounce his Rs and replaces them with Ws. You guys can get a feel for it in the page below. I won’t be able to do it justice. 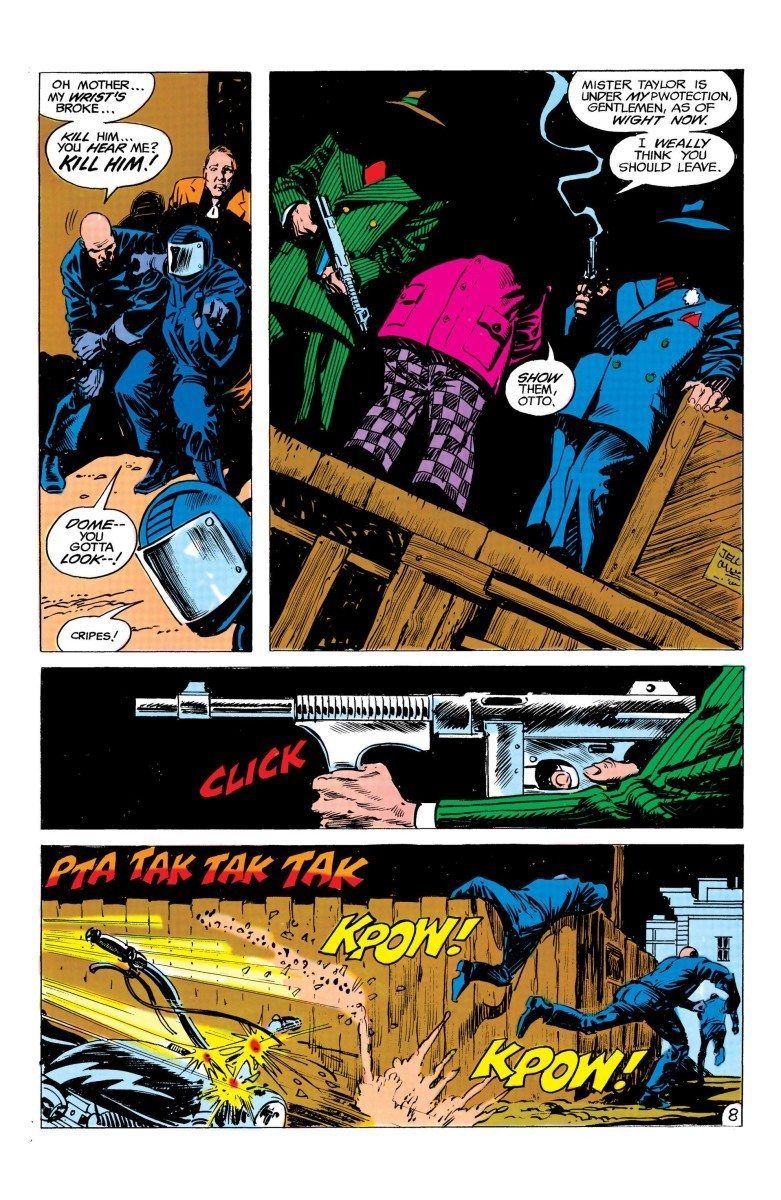 In a seemingly unrelated story, we cut to Dick Grayson, who is heading to the circus, and this is where things begin to get really interesting. It is here that we get our first look at the Todds. They are a group of trapeze artists similar to the Flying Graysons. This was actually the original plan for Jason Todd. DC Comics was going to have his origin be almost exactly like Dick Grayson’s. Instead of Tony Zucco committing the murder, though, it was going to be Killer Croc who is stalking around the circus in this issue as well. But, once Crisis on Infinite Earth hit, his origin was redone into a situation where Batman found him stealing tires off the Batmobile. This original origin story (say that three times fast) shows just how much DC Comics wanted to recreate the success of Robin with Jason Todd. 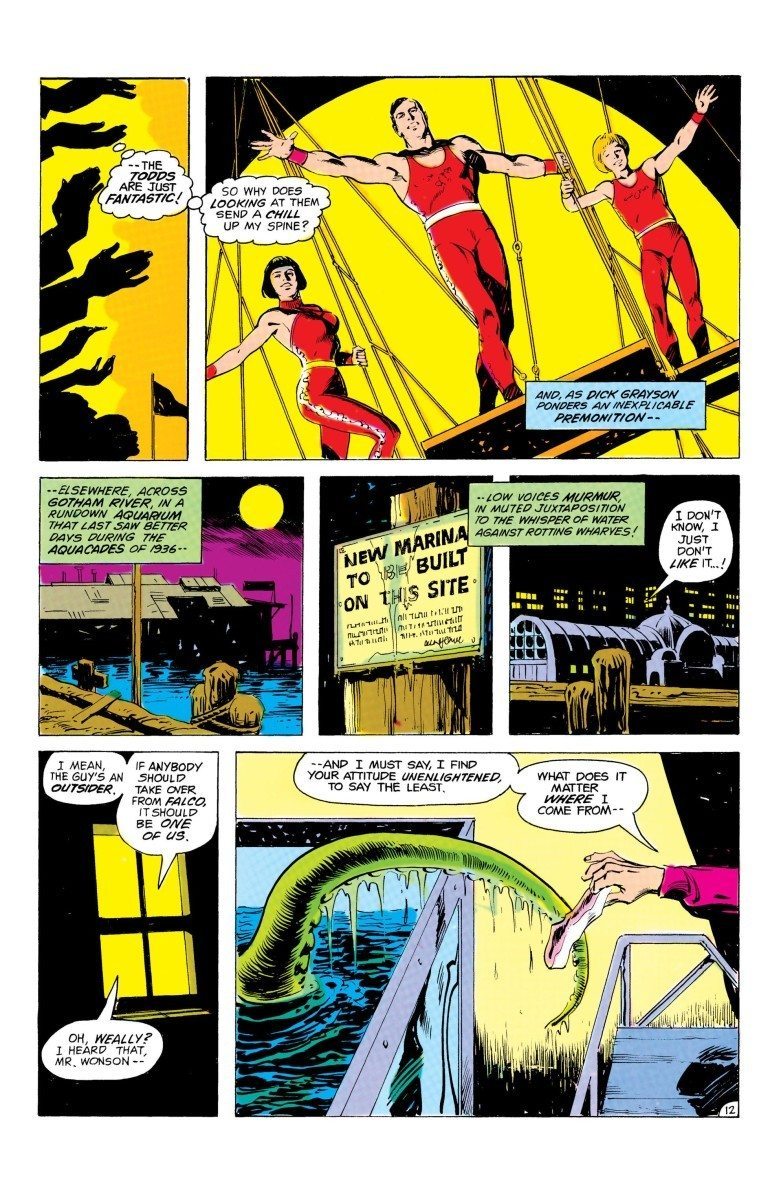 Back to the important story, we return to the Squid, who is… feeding his squid, and a few of his henchman begin to question why they’re following a guy named the Squid. Fair question. He then grabs Eddie the nose-biter Colson (Best. Nickname. Ever.) and feeds him to his pet squid. Killer Croc is also there creeping around in a giant trench coat. It seems to be his thing in this issue. It is really great to see villains whose nicknames are either things they’re into or things that they’ve done. Sadly, there’s no deeper meaning behind the Squid’s name like there is for Bane or Hush. The man has a giant murderous pet squid. It’s so simple it would be strange if they called him anything else.

In storyline number five hundred, we cut to Batman meeting a reporter on one of Gotham’s infinite bridges. They discuss a plan to break Tony Falco out of prison after he is sentenced to eighteen years in prison. Unfortunately, the Squid gets their first and leads Tony through the Gotham sewers to one of his hideouts. It’s at this point the Squid reveals that he knows Tony Falco is actually Batman in disguise because his breath doesn’t smell like Falco’s normally would. The world’s greatest detective foiled by proper hygiene. This is not the same Batman we know of who has planned so well for every scenario; he even has a backup Batman personality named the Batman of Zur-En-Arrh for instances when he loses his mind. No, the Batman of the early 80s could easily overlook defining character traits of villains. Apparently, he was still learning his trade. 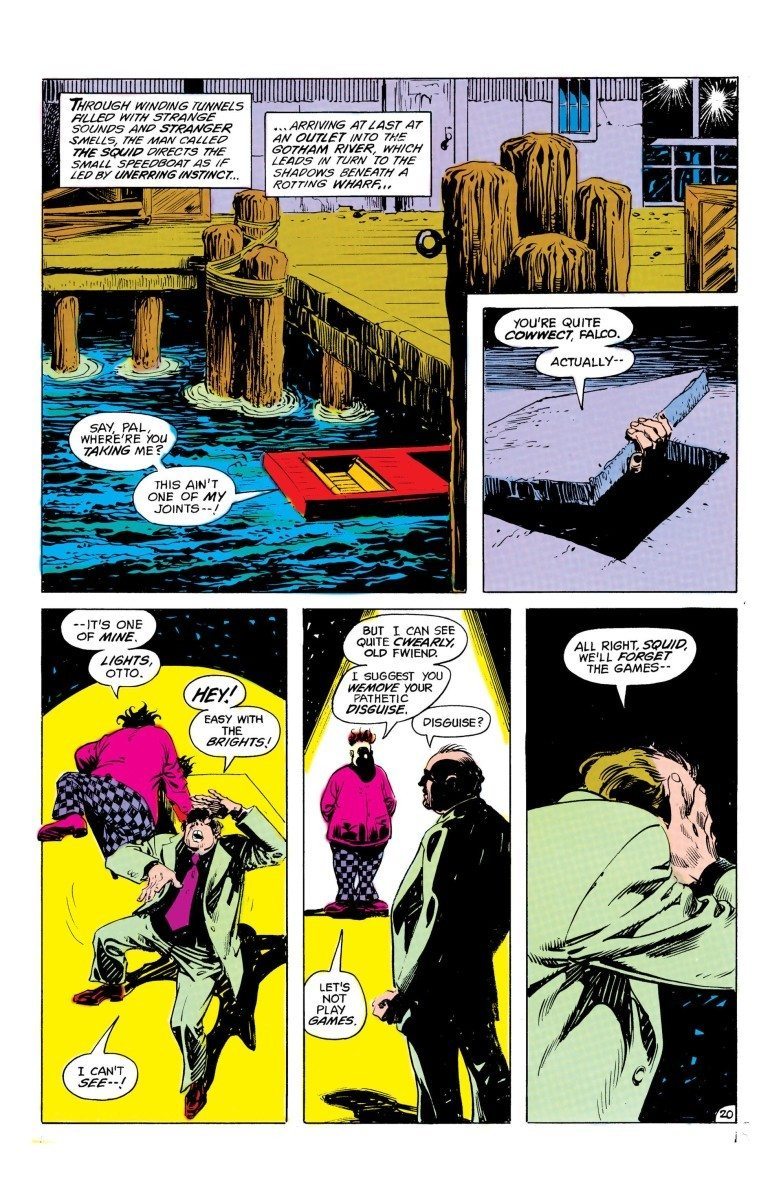 A group of henchman quickly jump Batman and have no problem taking him down. It is really nice to actually see Batman as a human being with limitations. He is attacked by a group of mobsters and can’t fight them all off. This Batman has yet to acquire that aura of invisibility where only the most difficult situations can best him. This vulnerability makes Batman even more interesting and something that would almost be a welcomed returning character trait. After being subdued and tied up, our hero is then thrown in with the Squid’s pet squid to be eaten. Does he survive? Yes. He’s Batman. Of course, he survives, but that’s a story for another week in comic book history!