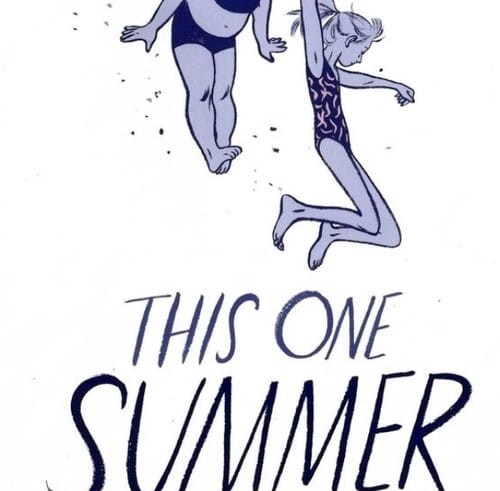 The cover of This One Summer

I think all of us have felt the consequences of family arguments at one point or another. Whether it was during your childhood, pre-teen, or teenage years, seeing your parents upset at each other can be traumatic. In times like these we often turn to literature and film to find refuge. One recent graphic novel, THIS ONE SUMMER, does a beautiful job explaining what it feels like to suffer through a broken home. Written and illustrated by Canadian cousins Mariko and Jillian Tamaki, this award-winning book tackles the complex themes of parental squabbles, divorce, friendship, and childhood with beauty and grace.

THIS ONE SUMMER tells the story of Rose and her best friend Windy. Rose’s parents seem to be fighting more than usual and she can’t understand or tolerate it. She turns to free-spirited, comedic Windy for support, and the two of them learn more about what being a pre-teen and being in sight of adulthood truly entails, such as having crushes, sex, marriage, and falling in and out of love. Rose and Windy also begin testing their parents’ boundaries through watching scary movies and hanging out with older, more risqué teens. Throughout their summer vacation adventures, Rose and her friend discover truths about life that shake their perceptions of happiness, yet they find solace in each other. I don’t want to spoil too much, but believe me, this short read is worth it. 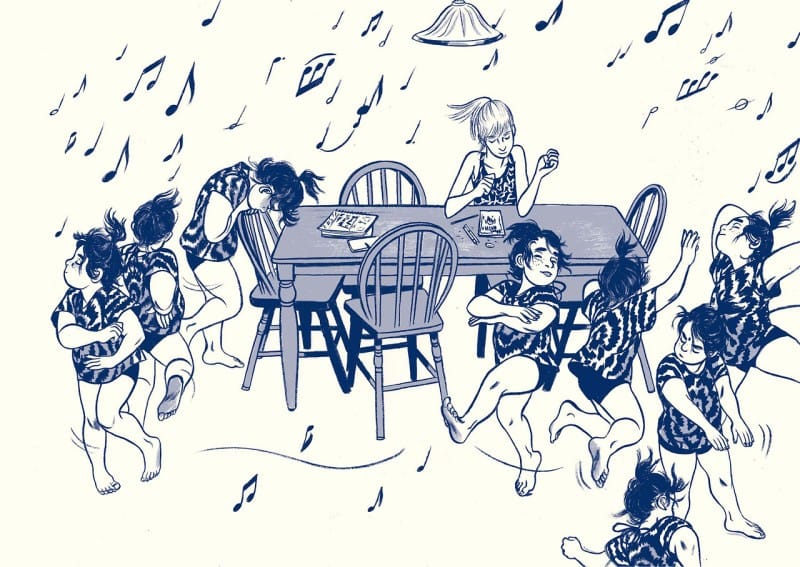 Though the plot is expanded on fairly slowly and not much action occurs throughout the story, THIS ONE SUMMER is more than what meets the eye. I wouldn’t recommend this graphic novel to any younger readers due to the more mature themes, but teenagers could find many valuable lessons within its pages. Not only is it beautifully written but also the illustrations are out-of-this-world gorgeous. The entire book is drawn in a light-blue ink and almost manga-influenced style, which makes sense considering the Japanese roots of the author and illustrator. Jillian Tamaki’s breathtaking illustrations of forests and beaches are reminiscent of Hayao Miyazaki films, and Mariko Tamaki’s melancholy narration reminds me of 5 Centimeters Per Second. The Tamaki Cousins manage to find beauty within even the sadder parts of childhood, inviting readers to experience emotions ranging from heartache to nostalgia. All this and more is found within a mere 320 pages.

READ: Want another comic that will make you feel things? Try THESE MEMORIES WON’T LAST!

If that doesn’t entice you to read this amazing book, maybe this will: THIS ONE SUMMER is the only graphic novel to ever win the Caldecott Honor, and only the second one to win the Printz Honor (the other being Gene Luen Yang’s AMERICAN BORN CHINESE). That’s a huge deal, especially when you consider the ways that this graphic novel could revolutionize the genre. Comic books are often disqualified as respectable art and literature forms, but sophisticated graphic novels like THIS ONE SUMMER are changing the game by winning major literary awards and making a name for themselves. Instead of focusing on violence or witchcraft fiction, the Tamakis’ graphic novels take a passive approach to more prevalent, real-world issues, and reveal a new, mostly untouched side to comics and graphic novels. 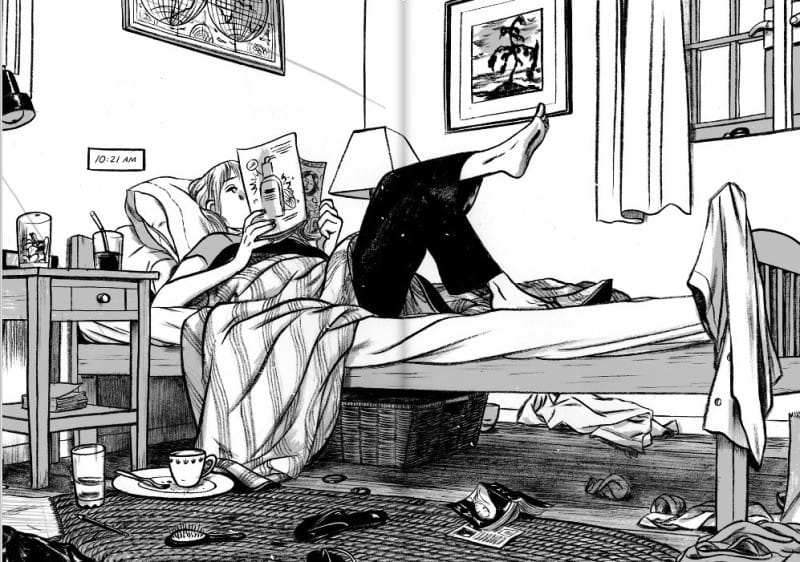 So what if you read THIS ONE SUMMER and want more? Well, unfortunately, it’s a stand-alone book and not part of a series. However, never fear! Jillian and Mariko Tamaki have worked on other amazing projects together, including the graphic novel SKIM. A winner of the Ignatz Award, Joe Shuster Award, and Doug Wright Award, SKIM is the spiritual companion to THIS ONE SUMMER. Both graphic novels center around depression and outcasts, and I think fans of one will greatly enjoy the other. The Tamaki Cousins certainly have a rare gift for storytelling, and I can’t wait to see what else they have in store.