This is Tuned In, a series about all the weird and interesting ways we interact with anime, and the diverse opinions we have about it.

There’s no doubt that anime has inspired a lot of ridiculous and creative acts, and it’s easy to see why. Between its silly character reaction sounds and intense opening themes, anime has plenty of material worthy of commentary, criticism, and emulation. With this in mind, ComicsVerse’s anime and manga team gathered to discuss the biggest things they’ve done in the name of anime, with responses ranging from embarrassing to flat-out cool.

Talking to My Dog in Japanese Because of NARUTO 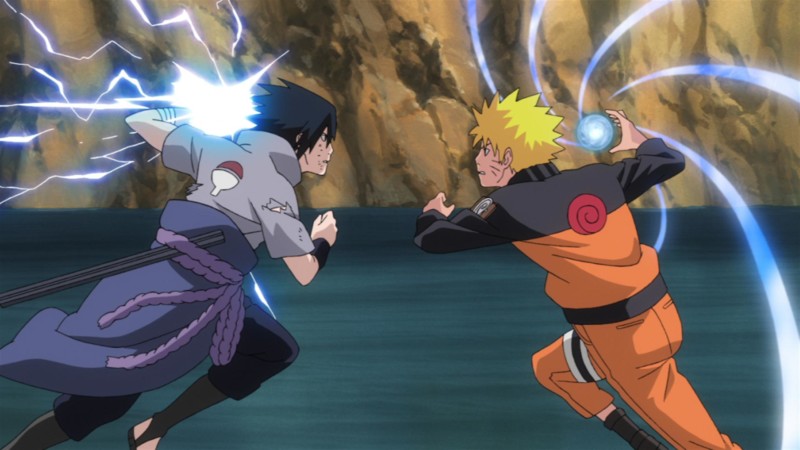 The lamest thing I’ve done because of anime was issue commands to my dog in Japanese. NARUTO was the first anime series that I really got into, and I was struck by the bold, harsh, and cool Japanese words the show would use during encounters or fight scenes. Remember when the Zabuza appeared in the middle of Team 7’s protective circle and announced, “owari da” (“It’s over”)? I was not prepared for that level of awesome. I kind of just wanted an opportunity to say all these fresh Japanese phrases, and knew that the only one willing to indulge me was my dog. So I would dramatically say variations of “ikuzo” (“Let’s go!”) as we went out the door, as he prolonged sniffing a recently peed-on wall, and as we got back home. Later, I pestered one of my Japanese friends for phrases to account for more dog walking situations… I can’t decide if the worst part is the fact that I was 20 years old at the time, or that knowing the other weird stuff I did as a kid, being late to the anime game was probably what prevented me from doing things that were more embarrassing.—Alexander Wong

Becoming Very Concerned with Killing Germs Because of TORADORA! 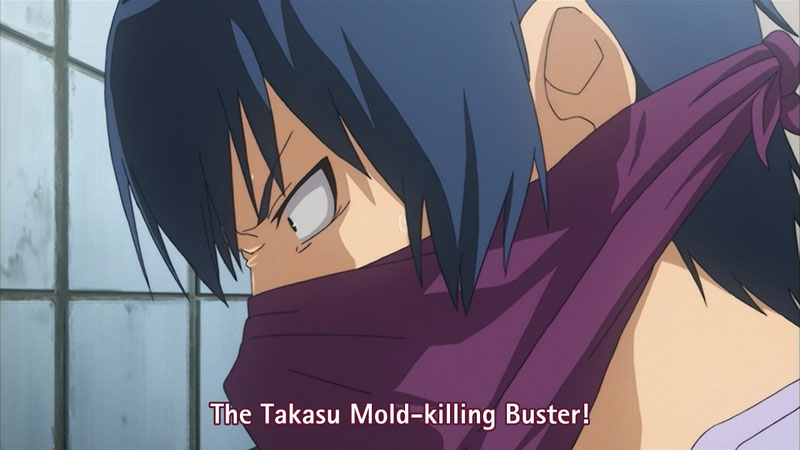 This is all thanks to TORADORA!’s main male protagonist, Ryuuji Takasu, who is so obsessed with cleaning that he wants to kill every germ in sight. Since watching the series in 2010, he has become a great role model for me when I clean, as he seems to have so much fun doing this particular chore. I didn’t really care about how spotless things were before watching the series, but afterward, I felt compelled to clean things immediately and thoroughly, even finding joy in the idea that I’m eliminating every “little black devil” (what Ryuuji calls specks of mold). Naturally, I dubbed my compulsion to clean “Ryuuji mode.” When cleaning, I like to think I become Ryuuji, bearing down on bacteria with dish soap, yelling phrases of his like “Is that all you got?”—Soren Sum

Learning the “PokéRap” Because of Pokémon 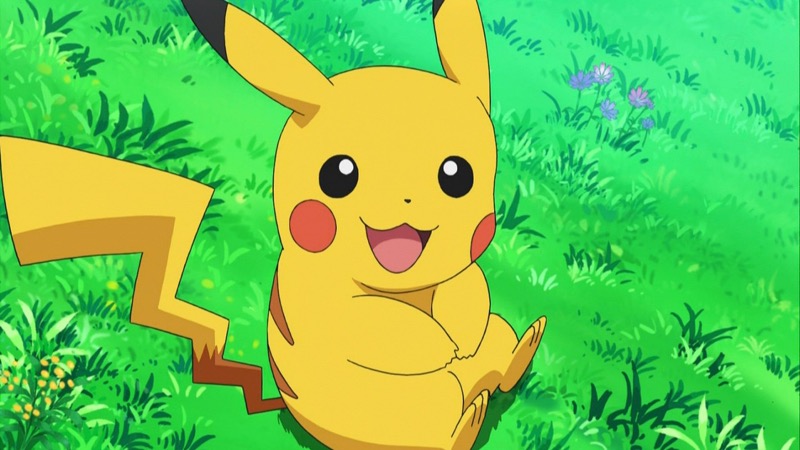 This is so embarrassing, but here goes nothing! The most ridiculous thing I’ve ever done in the name of anime was making these two New Year’s resolutions: learn the lyrics to the original “PokéRap,” and sound like Pikachu. Okay, before you say “Bella, that’s not embarrassing at all,” let me paint a picture for you: a grown woman randomly shouting “Pika Pi!” in a high-pitched voice before busting out the names of the first 150 Pokémon. I wasn’t exactly proud to explain what my goals for the year while everyone else was talking about eating healthier or working out more.

I wanted to do something that was fun and didn’t require me to set aside a block of time, something I wouldn’t feel guilty about if I couldn’t stick with. The new year was right around the corner, and I was thinking a lot about what I wanted to achieve. At the time, I was re-watching POKÉMON just for fun, and I started to remember how much I loved the show and how obsessed I was with Pikachu when I was little. I collected almost all the POKÉMON cards, with my foil ones in a trading card sleeve (although I never traded them). I had a stuffed Pikachu taller than I was that I would roll around on, a Pikachu backpack, keychains of the starter Pokémon, a VHS tape of PRIMEAPE PROBLEMS, and even one of those golden Pikachu cards that came with a Poké Ball from the Burger King kid’s meals… Like I said, I was obsessed. I still am!

If you’re wondering if I was successful, I’ll leave that to your imagination. I have to hold on to my last shred of cool, even over the internet.—Bella Sotomayor

Getting a Black Belt in Taekwondo Because of NARUTO 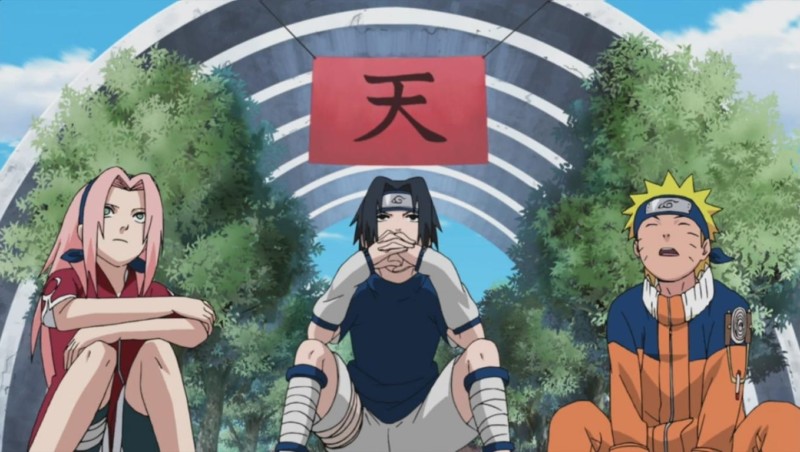 One of the biggest things I’ve done because of anime was get a black belt in Taekwondo. The first anime I got absolutely obsessed with was NARUTO, and as embarrassing as it sounds, the show made me want to fight like a ninja, so I started Taekwondo in sixth grade. Sometimes I got tired of going to lessons (hey, exercise is tiring), but I loved it so much I stuck with it through high school and voila! First-degree black belt, certified and everything. I actually wrote my college app essay on my testing experience and continue to practice at Club. If I’m asked why I started, I still own the fact that it was because of anime. No shame here!

The second biggest thing I’ve done because of anime is pursue an education and career in writing. In middle school, I was super into writing fanfiction, particularly self-insert fanfiction (which might make some people judge me). I started with NARUTO since the universe was so compelling to me, then I moved onto almost anything where I could have a love interest that was not canonically taken at the time (i.e. Yuu Kanda from D.GRAY-MAN). I loved creating my own characters and fitting them into the mechanics of an already-established universe. I also swapped stories a lot with other fanfiction writers and worked on some collaborative pieces. Looking back at my old writing always makes me cringe a little, but it was so much fun! I started on quizilla.com, then moved to fanfiction.net, then finally to Wattpad and Tumblr (where I currently post my original work, if anyone is interested).—Sabrina Pyun

READ: Interested in manga? Find out what we thought of THE ISOLATOR Vol. 1!

Becoming More Social Because of THE WORLD GOD ONLY KNOWS 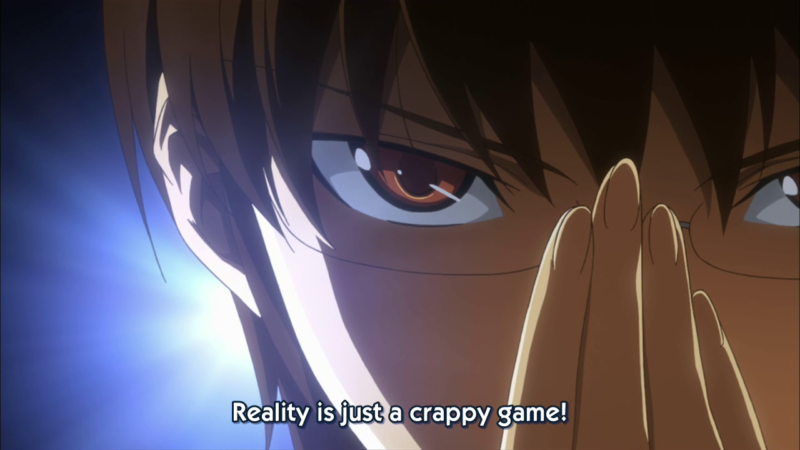 I decided to become more social because of anime, and to start with I made it my goal to talk to at least one person, even a stranger, for three minutes. The anime responsible for this change? THE WORLD GOD ONLY KNOWS. The main character of the anime, Keima, is a loner who rejects the outside world’s social and dating life, reverting to only appreciating ‘dating simulator’ girls. He believes that only the virtual world’s girls can be complex, pure-hearted, and worthwhile. When he’s contracted by a demon to save the souls of girls in the real world, however, he learns that real girls are much more than boring, boy-crazy copies of virtual girls.

Seeing a character learn to connect with the real world during high school made me decide to reach out to other people when I was starting college. After a specific incident in high school, I didn’t want to be around friends or anyone else save my mother. Trusting other people and letting them get close was difficult, if not impossible for me. I thought it would be better if I just shut everything out and stayed within my worlds of literature and gaming. But after seeing Keima use his gamer skills to deal with real people, I figured that as a fellow gamer I could do the same.

A few years ago I could count on my hand the number of people I said more than a sentence to within a month. But last year, I had full, detailed conversations with over a thousand people, from the homeless to priests to mafia members (so they claimed), and I don’t regret a single conversation.—Schane Flowers

Cosplaying in a Video PSA Because of DEATH NOTE 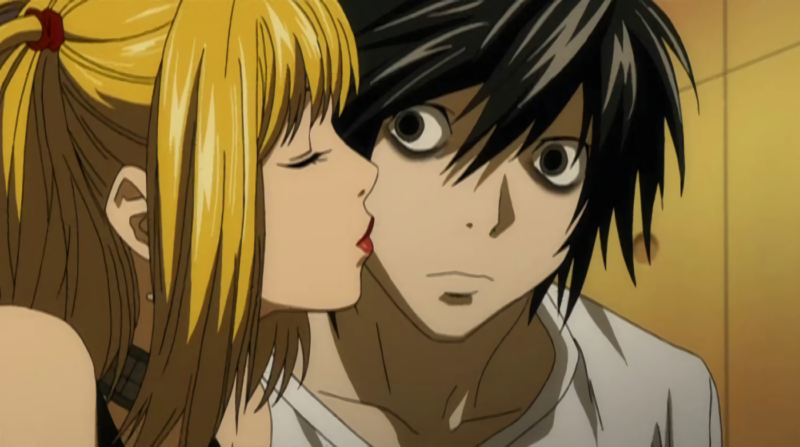 When I was in middle school, my friends and I fell in love with anime, particularly the classic series DEATH NOTE. Being a quirky kid, there was just something so appealing about a series that focused on intellectual outsider protagonists, even if one of them was a murderer. So when my health class required we do a PSA, it made perfect sense for me to dress up as Misa and teach L (played by my friend Jessie) the benefits of healthy eating. Decked out in full cosplay with a camera in tow, the stage was set for some very weeb-y action.

We had L eat some cookies while I, using the most Misa Misa whine I could make, scolded him for eating so many sweets. The PSA’s climax was me swatting the cookie out of L’s hand, turning to the camera (proudly holding a plum), and saying “L, you’re going to take this plum…and eat it!” (For those who don’t know, this is a reference to a particularly overdramatic and hilarious line said by Light in the series.) Needless to say, once we finished screening the video our teacher was very confused.—Dana Kurzner

READ: Learn more about YURI!!! ON ICE‘s gay representation with our analysis!