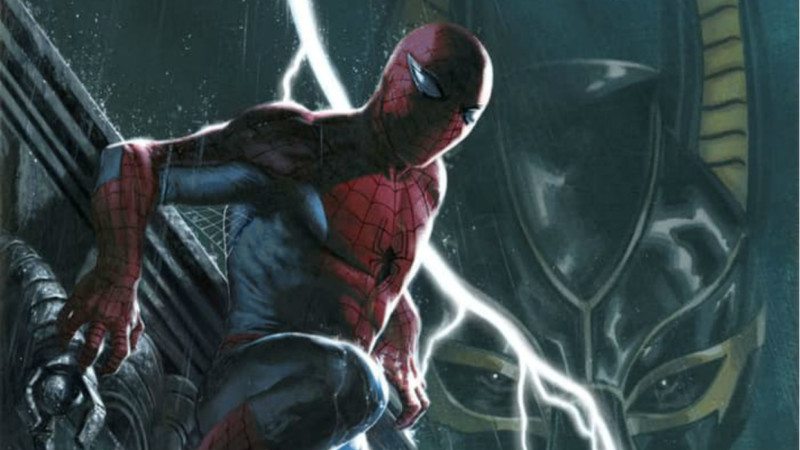 THE CLONE CONSPIRACY #1 is the first installment of the latest AMAZING SPIDER-MAN event, DEAD NO MORE. Between the Free Comic Book Day teaser and hints we’ve been shown in the most recent couple of issues of THE AMAZING SPIDER-MAN, it’s fairly clear what’s going to happen. Spider-Man’s bravado always ends with death. It is his greatest adversary. Death, grief, and guilt have been recurring themes in SPIDER-MAN books since the character debuted back in the 1960’s. DEAD NO MORE will force Peter to confront the ghosts of his past, reincarnated.

READ: If you aren’t caught up, get up to speed with our review of THE AMAZING SPIDER-MAN #19!

THE CLONE CONSPIRACY #1 picks up almost immediately after THE AMAZING SPIDER-MAN #19 left off, confirming what was heavily implied: Jay Jameson Sr. is dead. The book opens on a funeral, from which our hero departs, determined for answers. His quest leads him to the house of the Parker Industries employee who was treated with New U technology, and then to their headquarters. Once at the headquarters of New U, Spider-Man encounters a number of villains from his past, brought back from the dead thanks to the cloning expertise of Miles Warren, AKA The Jackal.  Readers are treated to an extended fight scene that finds the perfect combination of aesthetically appealing acrobatics, classic Spidey banter, and raw emotion. The issue caps off with two reunions: one long-expected, and one that I believe will incite a great deal of conversation and controversy. 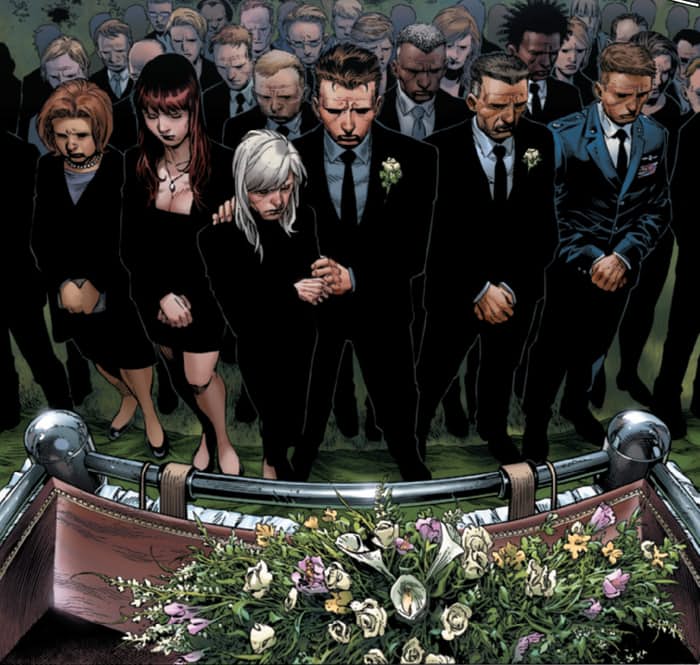 Every story Slott writes justifies the length of his tenure on AMAZING SPIDER-MAN, and THE CLONE CONSPIRACY #1 is no different. This issue is extremely emotionally charged- and it could have easily gone awry. Slott’s characterization of Peter Parker is impeccable; he is by his aunt’s side at her husband’s funeral once more, and it is clear that even with Peter’s extensive experience in dealing with the passing of those close to him, he is just barely more equipped to deal with Jay’s passing than he with his Uncle Ben’s. Peter Parker’s quintessential anxiety and guilt bleed through the entirety of an inner monologue detailing the circumstances surrounding Jay’s death and the mental gymnastics Peter has done to hold Spider-Man responsible.

READ: Like Spider-Man? Here’s our exploration of grief as present in the superhero origin story!

Cheung’s art is very well-done throughout the entirety of the issue. However, his one shortcoming lies in his depiction of Peter Parker. Peter’s face seems to give Cheung some issues in that it appears in a couple of different ways in terms of facial symmetry, but none of them feel quite right. This truly is the only qualm I have with this book. Once Peter dons his costume, THE CLONE CONSPIRACY #1 is seamless. The artistic team of Jim Cheung, John Dell (inks), and Justin Ponsor (colors) truly shines in the fight scenes between the wall-crawler and some of his classic foes thought to be long gone. Despite Cheung’s difficulty in pinpointing Parker’s face, given the overall artistic quality of the comic, it doesn’t seem like a stretch to describe THE CLONE CONSPIRACY #1 as a cinematic experience. 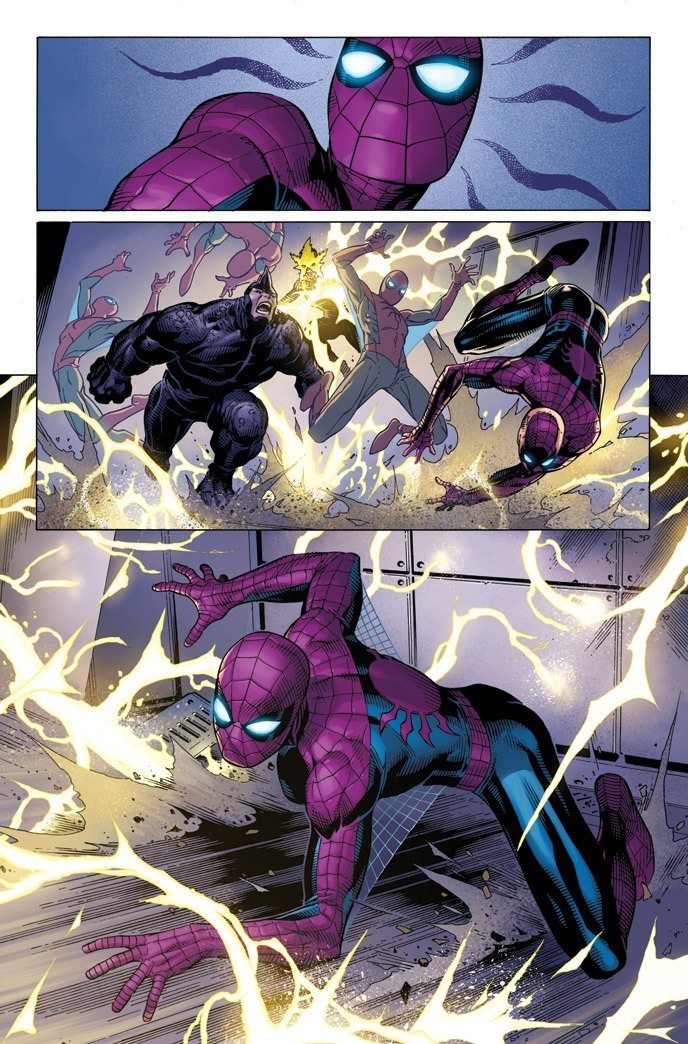 THE CLONE CONSPIRACY #1 is a frenzy of emotion from start to finish. Slott’s words and the art of Cheung, Dell, and Ponsor expertly convey the debilitating sense of loss, fiery anger, frustration, whimsy, and shock felt by the webslinger.
Whether or not DEAD NO MORE will sit well with fans has yet to be determined. Although, I have my fingers crossed that we don’t have another ONE MORE DAY on our hands. Though Slott has yet to encounter a story he can’t handle, this might be it. Erasing the traumatic deaths of those close to Peter Parker has the potential to subvert the anxiety and guilt that brought Spider-Man into the world in the first place! For now, all that is certain is that the dead are gracing pages once again, and Peter Parker’s world has been flipped upside down.