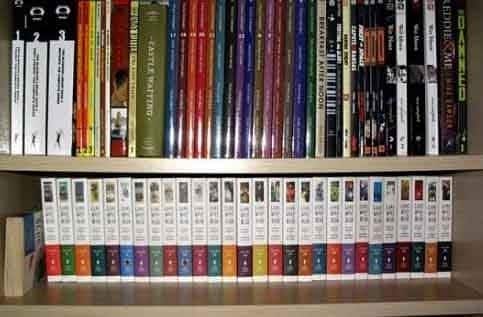 Since as far back as I can remember, I’ve always loved super-heroes. I don’t remember the first issue of Batman I owned, or which super-powered being was my first action figure, but I was engulfed in this world that highlighted dreary underworld locations like Madripoor and shining examples of progress like Metropolis. It wasn’t until years later when I discovered there was a completely different world outside of the tights and capes I was accustomed to. Once I jumped in though, I wondered why I didn’t explore this medium sooner. If you haven’t made that move yet, I’m here to urge you that now is the time!

So, why now? Well, because I’m not sure if there has been a more exciting time to be a fan of work being created outside of the DC & Marvel Universes. One source of the recent buzz comes from Last Month’s announcement that star writer Ed Brubaker signed an exclusive five-year deal to produce work for Image. This is not a news item one would have expected to hear. Agreements of exclusivity still feels like a new phenomenon to me in the world of comics. When you hear of an artist or author signing such a contract, it’s expected someone would be working for the larger two companies. The Brubaker/Image deal is a sign of a cultural shift.

It’s safe to make the claim the cause of this shift is the ongoing success of the Walking Dead brand.  Robert Kirkman’s zombie series has grabbed the attention of audiences on multiple platforms from television to video games. While the movie and television industry has been mining comics as a source of inspiration dating as far back as The Addams Family, the appeal of The Walking Dead has led to entertainment companies scouring for material in order to replicate Walking Dead’s stream of revenue. POWERS by Brian Michael Bendis and Michael Avon Oeming, GHOST PROJEKT by Joe Harris (and various artists), PREACHER by Garth Ennis and Steve Dillon, and SANDMAN by Neil Gaiman (and various artists) are just some examples of independent properties being developed for a TV series. Time will tell whether any of these titles will be enjoyed once they reach people’s screens, but lovers of literature are always sure to say “The book was better”.

Let’s not forget there are amazing books out right now receiving a great critical response.  IDW is publishing LOCKE AND KEY, a horror title brought to you by Joe Hill and Gabriel Rodriguez, while Brian K Vaughan and Fiona Staples have given us the fantastical (and fantastic!) SAGA, which is Image’s top selling comic right now. There really is a book for everyone. As a wrestling fan I am looking forward to reading “Andre The Giant: Life and Legend” by Box Brown which is due out in May. I know I haven’t even scratched the surface of which good books are out now, but I hope I’ve encouraged you to read that book your friend has been begging you to check out. There’s a whole world out there, ready for everyone who is on the verge of discovery, all you have to do is jump in.