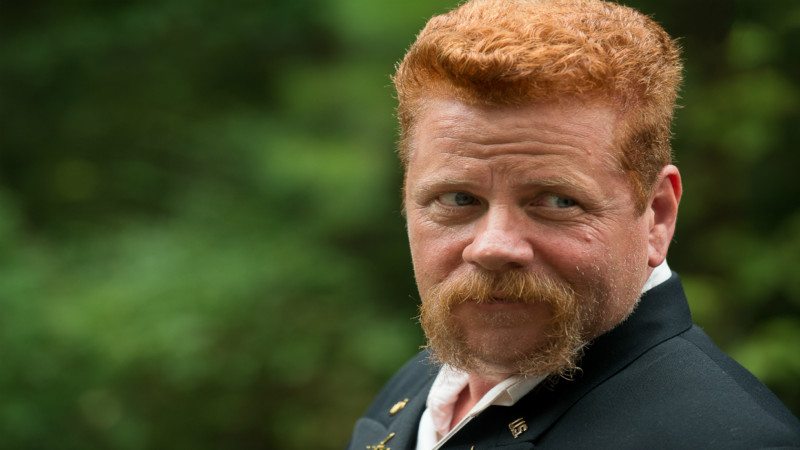 As anyone who watched last year’s season finale of AMC’s THE WALKING DEAD can attest, the show left viewers in quite a sense of anguish. With such a dramatic cliffhanger being tossed at their feet, the question for all fans was which character was going to be killed off? With a full year until this question was answered, the expectations were high. It didn’t help that AMC’s other zombie show, FEAR THE WALKING DEAD, is seen by many to not be on the same level as its sister show. This left fans clamoring for the original, and it seemed as though the writing staff had literally written themselves into a corner. THE WALKING DEAD’s writers had to find the perfect character to kill off. Prominent roles such as Daryl, Glenn and Rick were seen as almost untouchable, while characters such as Eugene, Aaron, and Rosita would have been seen as anticlimactic cop outs. Finding the perfect character was imperative to starting the season on a successful note.

Selecting Abraham as Negan’s choice seems to work on two levels. First, it makes sense when looking at the story. Abraham was clearly the “He-Man” of the group. If he was fearful in any way during his final moments he did not show it; while the rest of his companions were hunched over looking down at the ground, Abraham was sitting up straight looking Negan in the eye. Although this prideful gesture might have been the “right thing to do” in Abraham’s mind, Negan very well could have seen this as defiance to snuff out. Seeing that Abraham never gave Negan that “look” as he put it when he spared Rick from cutting off his own sons arm, it’s totally plausible that Negan saw Abraham as someone who could not be broken and thus needed to be put down.

It seems as though killing Abraham would satisfy most viewers. He was a big enough character to have a substantial fan base, yet he wasn’t one of the “untouchables” like the characters mentioned above. By killing a character that seemed to fall in the small overlap of previously mentioned character categories, the Walking Dead’s writers had found their sacrificial lamb so to speak. There isn’t going to be the same level of outrage over Abraham being killed off as there was when we were lead to believe that Glenn had been eaten. However there won’t be indifference either. Although Abraham wasn’t one of the first characters people thought of when they think of the show, he was a popular character with males. This is because he was the embodiment of the type of man that most men like to believe they would be if they were put into that world. He was tough, he was fearless and he didn’t take crap from anyone. Killing Abraham sent a message to both the characters and the viewers that no one is safe in The Walking Dead universe, not even former Marines. 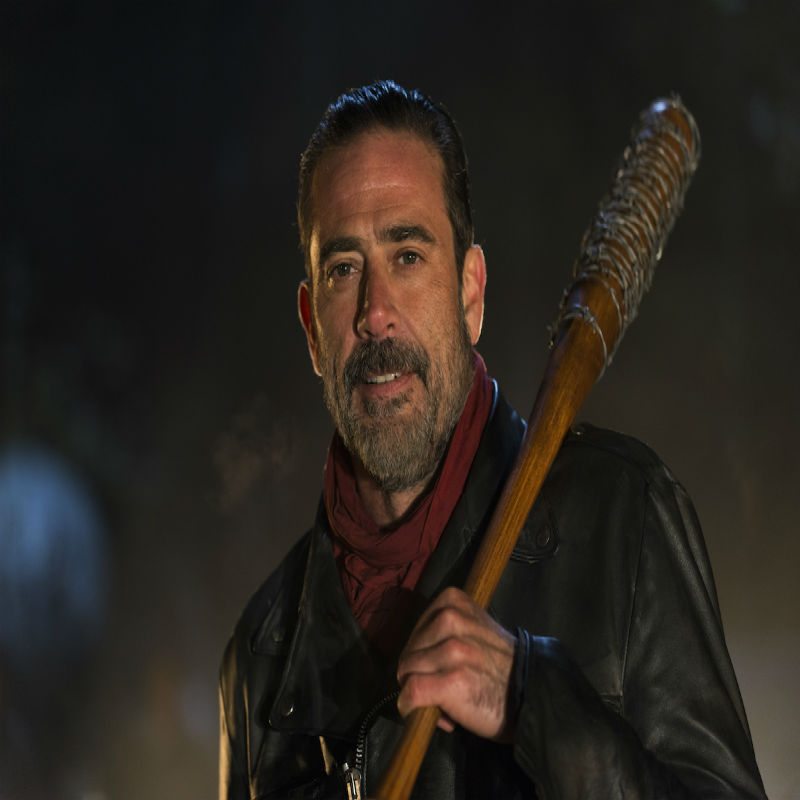 But of course, the writers just had to hedge their bets right?

Just like with Abraham’s death, killing Glenn works on two levels. Within the story, it’s a brutal reminder to the rest of the group that Negan is a man of his word and doesn’t tolerate anyone stepping out of line for any reason. By displaying the swiftness of both his choosing and subsequent beating of Glenn to death, Negan was looking to put down any shred of insubordination just as quickly. Essentially, his beating of Abraham was a tutorial for Rick’s group on how he operates, while his beating of Glenn was the real deal. Of course, it wasn’t enough for the writers to simply have Negan beat Glen to death. They needed Negan to mock Glen as he sat there, trying to get his final words out of his mouth to his sick wife. By giving such a terrible yet quick ending to arguably the fan favorite, the writers showed the remaining characters what a monster Negan truly is, and why they had better think before they cross him again.

As for what killing Glenn means to the show overall? Well, killing a character like Glenn is going to get the response that killing a character like Abraham never would have. By starting the season out with such a bang, the show’s writers not only ensured a mass retention of viewers for next week’s episode, they also made sure that this episode would be discussed on social media for a long time. While the majority of responses to Glenn’s death are probably negative, the Walking Dead’s writers do in fact keep a small contingency of fans who follow the comics happy. It has been proven with multiple TV/ Film adaptations that straying too far from the comic can get viewers who also identify as readers, insanely angry.

READ: Want to Take a Look Back at When We Thought Glenn Died The First Time? Click Here!

So, whatever their intentions, it seems as though THE WALKING DEAD’s writers did what they had to do. They selected a character whose death put the remaining characters on notice, while at the same time saving themselves from any ridicule that could have come with selecting a minor character to meet Abraham’s fate. But, as they have shown their ability to do in the past, the writers then came out of left field with a death that crushed both the viewers and characters of the show, rendering them all catatonic with grief. While some might be angry at the outcome, it is truly a masterful piece of writing that will keep both characters and viewers on the edge of their metaphorical seats for the rest of the season.