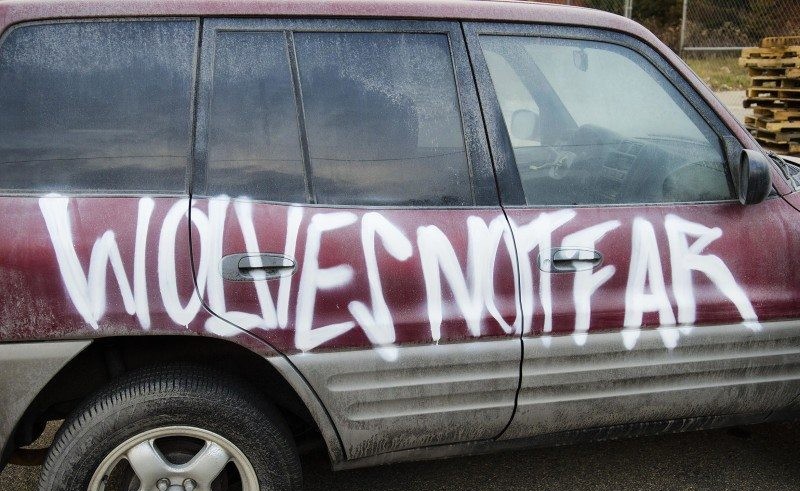 With the return of THE WALKING DEAD’s sixth season, we got the conclusion of the Wolves’ ongoing story arc, so what better time to reflect on the Wolves? We’ll be taking a look at their comic counterparts and most importantly, discuss who or what the Wolves represent in our own society.

READ: Get more on THE WALKING DEAD mid-season return here!

The Wolves were created for the TV series and do not technically exist in THE WALKING DEAD comic series. However, there are comparable groups in the comic which the Wolves are clearly inspired by, similar to the way the Termites featured in seasons four and five were based on the cannibalistic Hunters. The Wolves most resemble the group known as the Scavengers, who make their debut in THE WALKING DEAD issue 75. The Scavengers are a group of survivors who move from place to place around the D.C. area in search of supplies and safe quarters in order to survive. They find the town of Alexandria, with Rick and company already settled in, after hearing the engines coming from Glenn’s scout team. In issue 78, they arrive at the gates of Alexandria to threaten the town, but are quickly dispatched by our survivors. 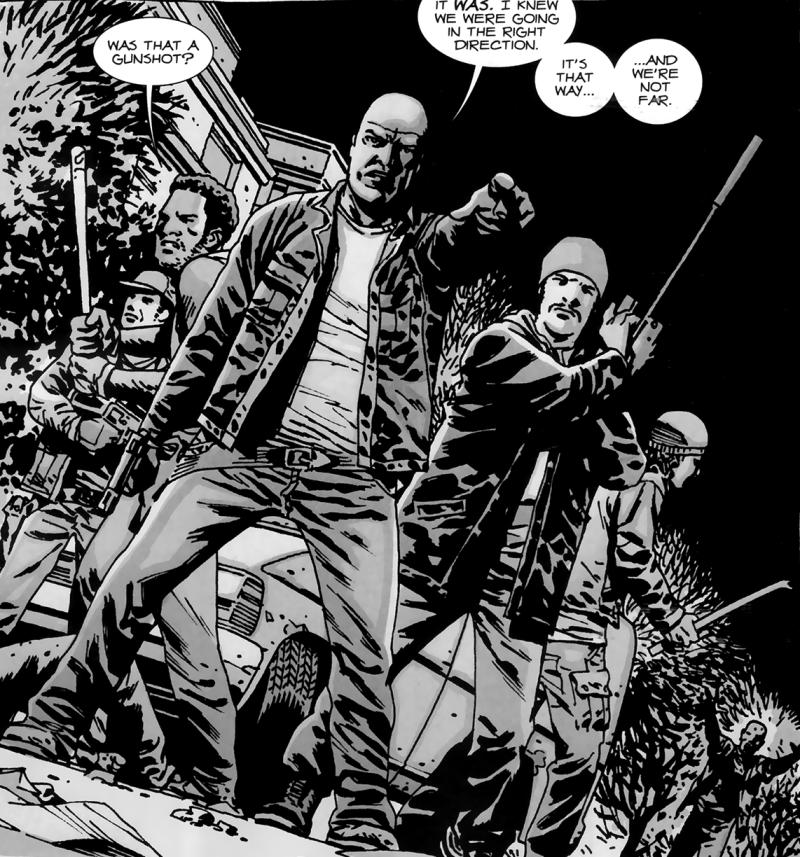 Though there are clear similarities between the groups, The Wolves are much more developed than the Scavengers in the comics. Personally, I loved the way their existence was hinted at long before ever seeing an actual group member. We see the phrase “WOLVES NOT FAR” printed on cars, the trademark “W” carved on foreheads, the decimation of Noah’s former town, and even through more subtle clues like the fictional comic book titled “Wolf Fight.” All of these clues make for a brilliant visual metaphor for a wolf stalking its prey, and when we finally do get to see the Wolves, they attempt to eradicate Alexandria in ruthless fashion.

READ: Want more of THE WALKING DEAD group villains? Read about the Hunters!

The wolf pack mentality and characteristics are fun details for the show, but why exactly is the wolf used? The wolf is used to distinguish between the human and the animal. The philosophical reasons Owen, the Alpha Wolf played by Benedict Samuel, gives are far more interesting than just choosing to adopt wolf attributes. According to his conversations with Morgan, the group believes that the zombie apocalypse event has forced all of mankind to revert back to an animalistic state. As animals, they have to act as such by breaking away from societal structures that existed prior to the rise of the walkers. One way this manifests is in their lack of desire to build towns and communities like Alexandria. 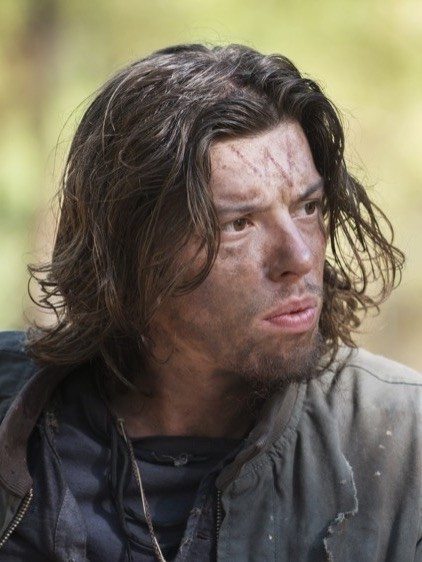 The Wolves’ psychological transformation from human to animal is nothing new, according to psychologist Nick Haslam’s theory on animalistic dehumanization. His theory involves a social group that is denied uniquely human attributes, which include civility, refinement, moral sensibility, rationality, logic, and maturity. Without these attributes, members in the group are then seen as animals with coarseness, amorality, irrationality, instinct, childlikeness, a lack of culture, and a lack of restraint. In many cases it takes the factor of a more powerful, high status, and lopsided social connection over a lesser group for said lesser group to endure animalistic dehumanization.

An example of this would be the Nazis over the Jews in the holocaust, where Nazis considered the Jews as lower animals. However, a social group like the Wolves can experience this type of dehumanization themselves, too. They feel powerless in a world full of walkers. The walkers have become the highest rank on the food chain in this world, forcing humans off that high-status mantle. This change takes away the uniquely human characteristics the Wolves may have once had, since, with the walkers, they had to perform atrocities in order to survive.

According to Haslam, there are common themes of dehumanization which the Wolves strongly exhibit. The trait of aggression is prevalent in the group as they lack morality and have a desire to murder anyone and everyone. Also, dehumanization presents the negative evaluations of others. This is exemplified by the Wolves’ disgust at the social construct of a town community. The third theme Haslam describes is the self-serving attribute, which we definitely see from the Wolves (relief from moral emotions, justification for violence, epistemic certainty in the face of non-normative behavior, provision of a sense of superiority, enforcement of social dominance).

READ: Catch up on THE WALKING DEAD Villains with last weeks Shane!

All may not have been lost for the Wolves. There is consideration that dehumanization could be reversed with attempts to humanize groups. THE WALKING DEAD TV series alludes to this when Denise tries to help the sick Alpha Wolf. The help she offers is more than just physical healing, but also offering Owen civility by treating him as a human, making him act rationally by taking her help, and gaining moral sensibility by keeping Denise alive. 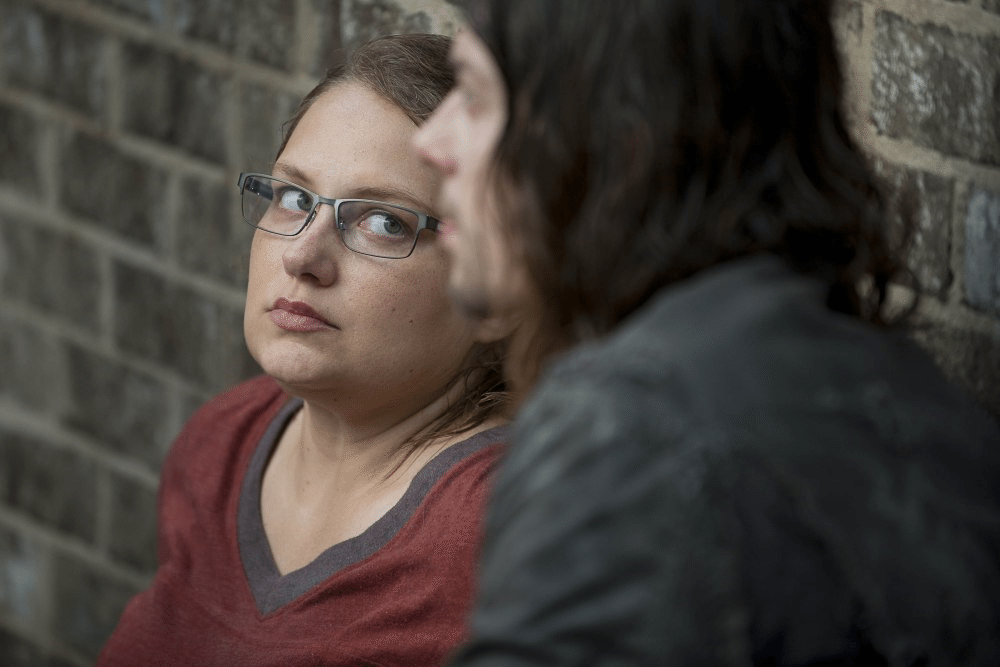 The Wolves have a more sadistic ideology for how they think they should live compared to other villains we have witnessed in THE WALKING DEAD. Like many of the other villains, they have changed due to the new circumstance of walkers running wild in the world. However, unlike the others, such as the Saviors, they have regressed through animalistic dehumanization. For the group, the term wolf means more than just being vicious and feared, it also is symbolic of their lack of humanity. These men are just wild creatures.