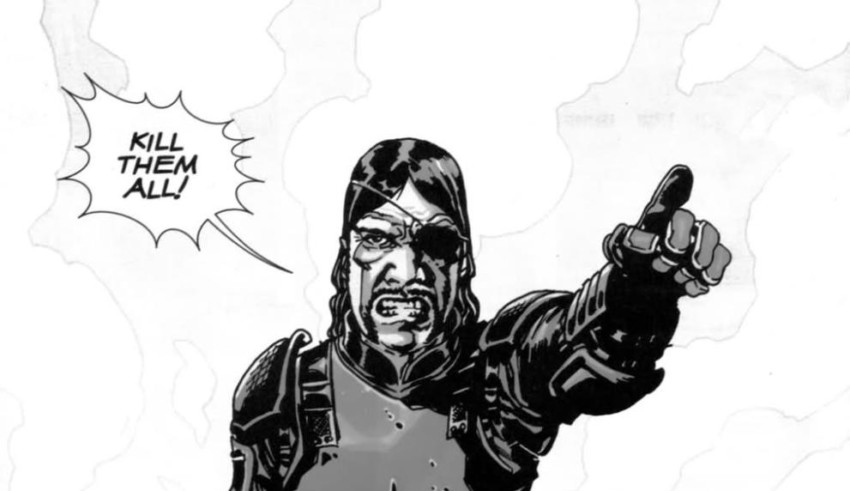 Whether we care to admit it or not, every one of us who are fans of THE WALKING DEAD has envisioned ourselves in Rick’s shoes instead of the Governors’. We ask ourselves: what would we do if we woke up and found ourselves alone? How would we do in our first encounter with a walker? We focus on the decisions that we would actively make, but not on the factors that we would have no control over. We like to think of ourselves as active participants in our own lives. We don’t ask how we would be able to handle the trauma, pain, suffering, or loss.

Robert Kirkman has written Brian Blake as the bizzarro version of Rick and has described both leaders, Rick and the Governor, as the two sides of the same coin. They begin as normal men when the zombie outbreak occurs, and during the outbreak they have had similar experiences, but they have taken different paths due to how the experiences have affected them. We want to think of ourselves as Rick, but there is the real possibility that we spiral into insanity just like the Governor did. What exactly was different for each of them and how did the Governor go crazy?

READ: Want more on the villains of THE WALKING DEAD? Read our analysis on Caesar Martinez!

There is more back-story written for the Governor than any other villains in the franchise with the inclusion of his prequel novel series. Throughout the RISE OF THE GOVERNOR, THE ROAD TO WOODBURY, and THE FALL OF THE GOVERNOR, we see his evolution from being Brian Blake, to taking his brother’s name, Phillip, to becoming the psychotic “Governor.” Even though in the comics we get a fully insane version of the Governor, the journey to his insanity was a process rather than an existing character trait. Like Rick, he evolves into the person he believes he needs to be in order to survive this world. Rick becomes the leader who takes control of the situation, makes a plan, and takes into account the thoughts of others in the group, but for the Governor that means becoming like his aggressive, angry monarch of a brother, Phillip. 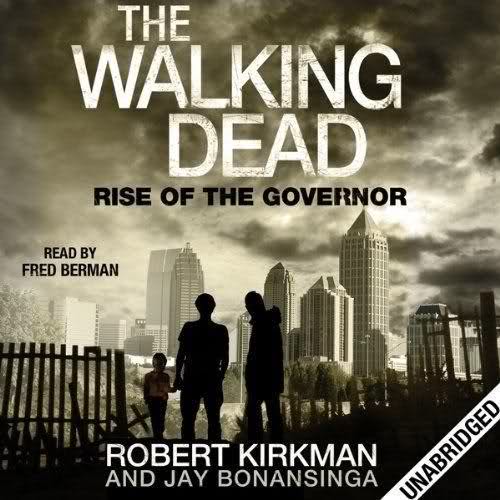 One of the most important parts of the lives of Rick and the Governor is the existence of their respective children. Carl is what drives Rick to give him purpose and continue to fight in the new world. Penny serves the same purpose for Brian, but in a more morbid way. In the prequel novel series, she is the daughter of his brother Phillip, and while being attacked, Brian is unable to protect Penny (She dies). However, in the TV series, she is the Governor’s daughter and, like the comic series, she is chained up in his house as the Governor hopes for a cure to the biter disease. The hope and love for Penny gives Brian a powerful need, like Carl does for Rick, and forces him to lead the town of Woodbury. 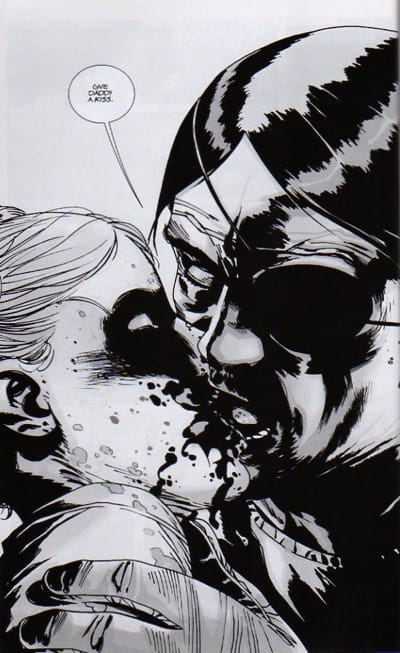 Another comparison we must look into is the rise to leadership by Rick and Brian. Rick is allowed to be a leader, while Brian takes it through murder. Rick is a natural born leader from the onset. When he arrives at the camp after his search for his family through Atlanta, he takes control of the camp with his Alpha male authority. On the other side of the coin, The Governor takes control by killing the vicious previous leader of Woodbury, effectively taking control in his stead. The iron fist show of strength and fear is his tool for power. 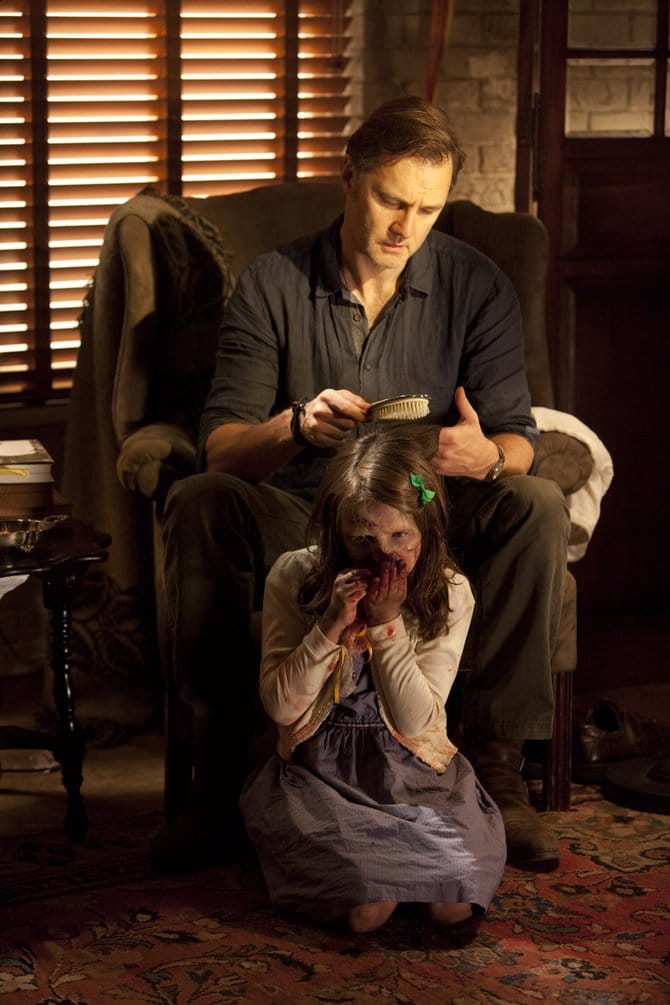 Also, keeping their role as a leader is something that both of these men must consider. Rick is able to hold onto his position both by his circumstance and decisions. Most of the time his group is on the move in search for supplies and a place to live, which makes it a bit easier for Rick to command the others to just follow and keep searching. Even when the group finds a place like the prison, there is no reason for someone to usurp the position.

For the Governor, the situation is different. Others have tried to take over from Brian by attempting to kill him, so the power he has over the citizens of Woodbury is fragile. He has to resort to a cruel form of entertainment, which we see both in the TV show and in the comic series: the fighting pits. If you recall, the fighting pits involve two combatants fighting in the middle of a group of walkers. Strategically, this works for the Governor, both as punishment for those who go up against him and entertainment for everyone else. 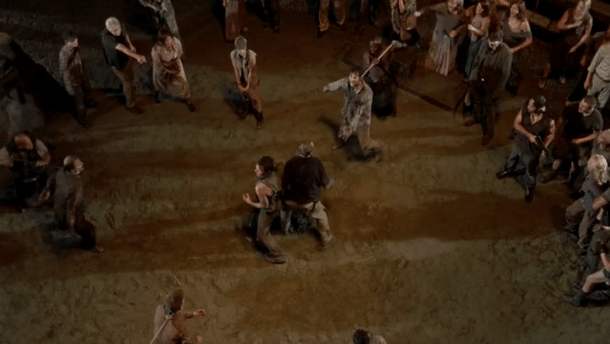 – Death: Throughout Brian’s journey, he witnesses the death of Penny, Phillip, Phillips friends, and countless others.

– Dysfunctional Family: He has seen his brother as abusive, a murderer, and a rapist. Also he failed to protect Penny, as she is killed in front of him and in his care.

– Living in Poverty: Issues for all in THE WALKING DEAD world, as supplies are scarce.

– Changing Jobs: He becomes a leader of Woodbury in an abrupt amount of time.

– Social Expectations: As the new leader, the people expect for him to be equipped to handle the survival of the town and its’ residents. 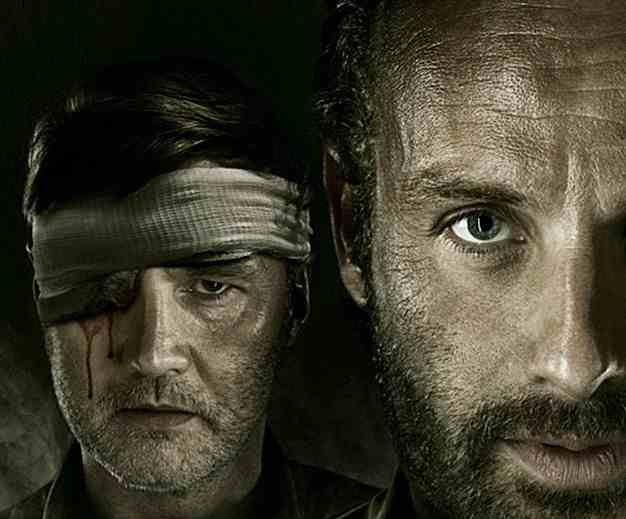 Figuring out whether we would become a leader like Rick or the Governor is impossible to tell until we are thrown into the fray. All of the experiences that Brian had and that Rick didn’t are what led to the evolution of the Governor. However, if you think the Governor could never exist, then consider how easy it is for the mind to crack. The mind can only take so much, and for the Governor, it was all too much.