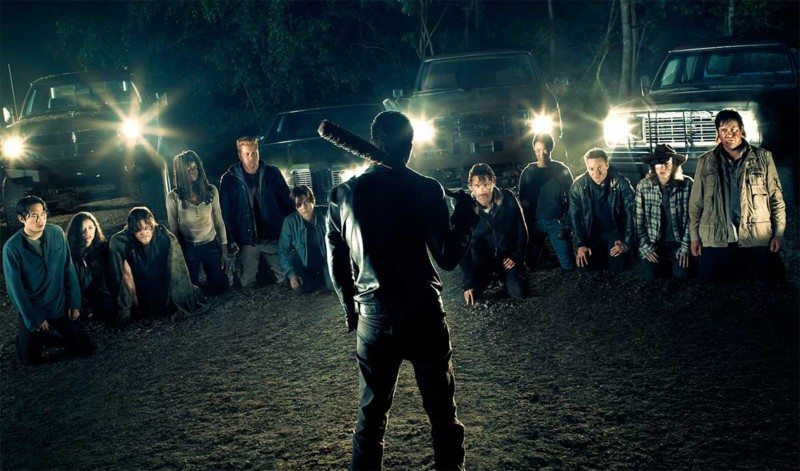 As THE WALKING DEAD aired its mid-season finale last Sunday, we can’t help but look back at the first half of this season and scratch our heads. The season premiered with intensity, violence, and unexpected character deaths. Hopes were set high for this season as we finally felt like THE WALKING DEAD was going somewhere we hadn’t expected. But our high hopes were met with disappointment, as we trod through 8 episodes of mindless drama paced like oozing molasses. As outlined in other articles, there are a lot of issues with this season’s storytelling. But as this season approached its halftime, another flaw has become apparent: the lack of emotion in characters. 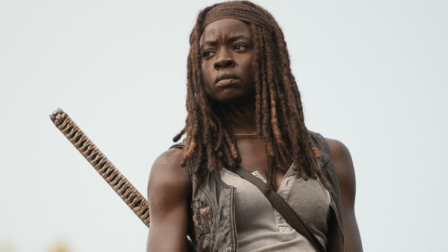 To clarify, I’m not saying that the characters in THE WALKING DEAD don’t have emotion. I’m saying that they only have one emotion: sadness. As someone that has watched this season, I want you to take a second and think about a dialogue-heavy scene from this season. Got one? Good. Now consider: what emotions were the characters going through during this scene?

More likely than not, I bet the answer is something along the lines of, “they were sad/angry.” Heath and Tara in the RV: sad about killing people in the camp. Rick and the group: sad about Negan taking over. Characters only seem to be allowed to discuss things that are doom and gloom, and it’s becoming stale. No matter where they are, who they’re talking to, or what they’re saying, nearly every scene involving two characters talking is emotionally monotonous. This season has become metaphorically grey.

We get it. Everyone is sad. While this aura of depression is realistic given this season’s traumatic events, it certainly isn’t entertaining.

The shining exception to this flaw is Negan. His lines are rich with emotion, ranging from humor, to intimidation, to anger. Credit is due to Jeffrey Dean Morgan and his commitment to the role. However, he is truly the exception that proves the rule in this case, as we can feel a stark contrast in emotional range between him and his fellow cast mates. When was the last time any character besides Negan even smiled?

As an audience, it’s hard for us to feel for these characters and their suffering, simply because we only see them focusing on their losses. To better understand this, we can look to the pilot of THE WALKING DEAD as an example. 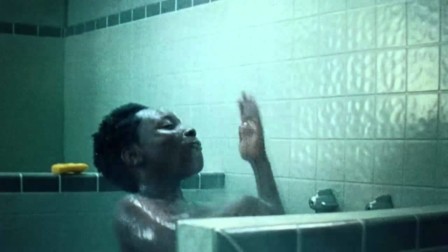 In one of my favorite scenes from the first season, Rick takes Morgan and his son Duane to the local police station and they enjoy a shower for the first time in months. We watch as they feel the hot water spray on their head, ecstatic. They laugh with happiness, finally experiencing a moment of what the world used to have. While watching this, the audience is reminded what life is truly like for these survivors. Something as simple as a shower, which we take advantage of every day, brings them a level of happiness we couldn’t imagine. The distance between us and them is felt, and we join with them. They’re experiencing joy, and we’re experiencing it with them. Can you imagine how great such a shower would feel?

READ: Is it Still Moral to be a Fan of the Walking Dead?

Interestingly enough, this scene adds to the drama of the show better than dramatic scenes. When we see Morgan again and learn that his son has been killed, it hits home for us. Not just because it’s sad, but because we were there with Morgan during the good times. We remember when Duane was just a kid happy to have a shower. We remember that fond memory with Duane as much as Morgan does. We empathize with Morgan beyond just losing a child. Morgan wasn’t the only one that lost his son, we lost Duane too.

Without the good times, the bad times don’t feel that dramatic, and this season has been 8 episodes of only bad times. The world sucks, Negan is a bully, and life is terrible. Are you implying that every character is bummed out every day? Can’t two characters have a conversation that’s positive? If Heath were to die in the next episode, would it be so bad? We’ve seen him do nothing but mope around all season, so why would we care? What kinds of stakes are those?

Without the happiness, the sadness doesn’t exist.

It is important to clarify that the responsibility for incorporating emotion into dialogue doesn’t fall on the actors in this case. The cast is doing  the best with what they’ve got, and what they’ve got are the same monotonous scripted conversations every episode. We can only hope that the second half of this season can ameliorate this, and finally bring some positivity to this world of despair. Until the writers do so, the audience can’t help but feel accustomed to the melancholy, and we lose that emotional bond with these characters.