And how, Abraham! Well said… This week’s installment, entitled “Always Accountable”, was yet another step back from the bigger swings they’ve been taking when the season kicked off. However, “Always Accountable” turned out to be an impressive exercise in strategically holding information from the audience – in exchange for some potentially huge reveals. As much as I miss the TNT excitement we were met with at the start of the season… I mean, hey, you can’t show your aces too early – Am I right?

[notification type=”notification_warning” ]WARNING: So many spoilers, you’ll think this is a stock car race.[/notification] 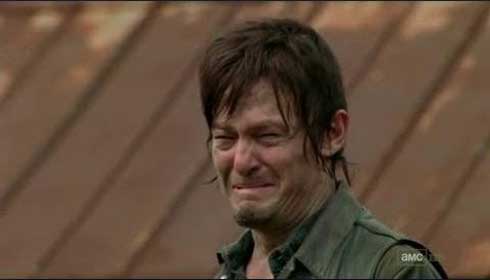 The bird’s eye view of “Always Accountable” is this; Sasha, Abraham, and Daryl get separated as they try to get back to Alexandria – their Pied Piper plan in action with 10,000 walkers in tow. From there, the episode diverts into two avenues … a through-line dedicated to Daryl’s escape and finding Sasha/Abraham, and a through-line dedicated to Sasha and Abraham hiding out, waiting for Daryl.

READ: Need to catch up on last week’s episode of THE WALKING DEAD? Our review of season 6 – ep. 5 is here!

More or less, Abraham and Sasha’s through line can be summed up in the following: Abraham and Sasha bond over the fact that they’re both on the edge, with Sasha telling Abraham to get a grip and look in a mirror. And rightfully so… Abraham is sort of going John McClane all over the damn place. I mean, at one point in this episode, Abraham finds a rocket launcher after coming recklessly close to a walker on purpose. He legitimately gets in the face of a walker and screams at it, because, Rock and Roll, baby! 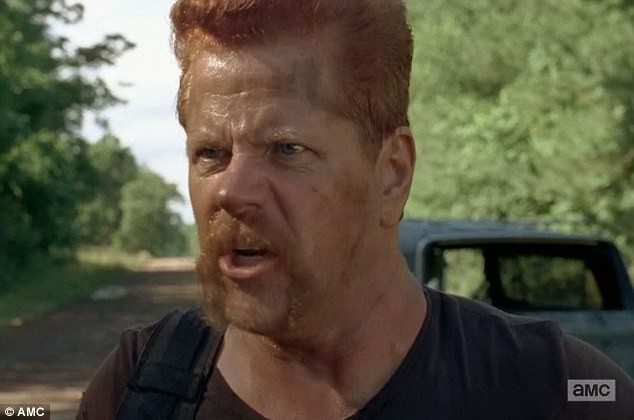 I actually felt this was a really endearing moment as Sasha herself has dealt with the issue of living as if her current circumstances aren’t even worth enduring, so why not do so recklessly? But, this is the apocalypse … these characters have nothing if not a hope for tomorrow. Sasha seems to have recognized this, and bringing this perspective to Abraham was certainly a growing moment for her character.

Then a rather odd bomb drops… Abraham, well, kinda tells Sasha he wants to sleep with… her? Right? That’s… is that what happened? I think it is. Sasha actually seems enticed by this. This all leads me to believe that she’ll fulfill the role of ‘Holly’ from the comics (a character with whom Abraham cheats on Rosita). I’m not sure this was a development we needed, but, hey! There it is. Love triangles exist in the wake of the dead rising; it’s just a thing that happens.

Now, we tackle Daryl’s throughline. Daryl ends up hiding in the woods after being estranged from Sasha and Abraham by a convoy of random vehicles. Again, at this point – who these people are, I have NO idea, but I have some serious suspicions. In the woods – Daryl encounters a small group of survivors. They seem like decent people, though on edge. After a quick tango, he makes off with their goods… only to find out one of them is diabetic, and he has their insulin. Cue the moral dilemma.

A quick note- I found it very refreshing to see issues like diabetes dealt with in the apocalypse. For a time I thought people like Wilfred Brimley were all just dead, at this point. 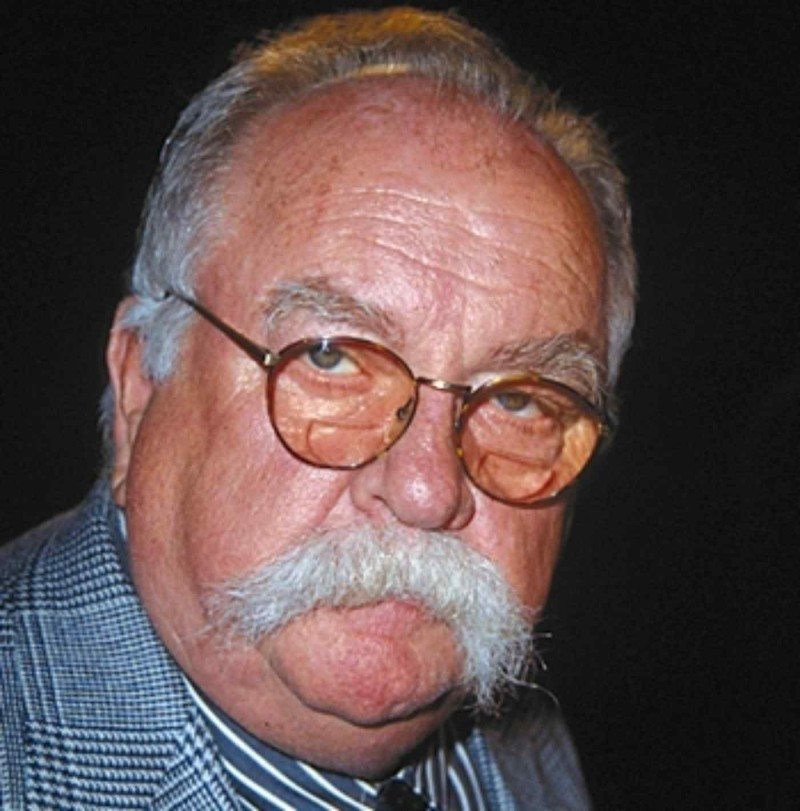 Daryl pops up to return said insulin – when it’s revealed that these people are running from a larger group of survivors headed by a guy named “Wade.” When “Wade” shows up with his posse and threatens this new group of survivors, Daryl helps them narrowly escape his clutches, thusly winning them over (or so it seemed). He continues to be the badass gentleman we both know and love, a real paradigm of what Team Grimes marks as their code.

Sadly, this doesn’t matter – as despite Daryl saving their asses – in the end they still turn on him, take his bike AND his crossbow, and bail. Fortunately, Daryl finds a fuel tanker nearby and hijacks it… and makes his way back to Abraham and Sasha. Boom! Nothing can keep that Dixon down. 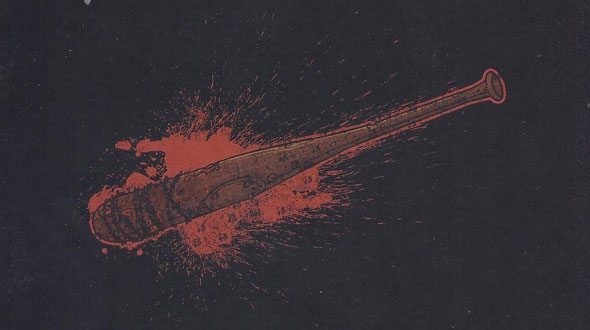 Something in this episode really fascinated me – that I feel I should touch on, here. That was the element of hiding information from us, while making what certainly SEEMS to be a huge, huge reveal. What do I mean by this? Join me, won’t you?

As mentioned, Dayl encounters a group of people who are running from a larger group headed by a guy named “Wade,” but when “Wade” is shown on screen, his face is deliberately cropped out. To me, this might be a VERY big reveal… Dwight. Dwight is a character in the graphic novel whose face is violently melted on one side… why? Because NEGAN melted it for him. Dwight actually directly reports to Negan, despite this. Could it be possible that “Wade” is the TV composite of Dwight, and revealing his face would have told us too much? Either way, I get the sneaking feeling that we have not seen the last of this group… and that we MAY have just gotten our first taste of the Saviors. “Everyone has their code” is a line uttered by our random Blonde survivor this episode… and Negan is ALL about his extremely strange and radical code of survival.

CLICK: Want more THE WALKING DEAD? Check out every review and article we got right here!

Furthermore,the figure that Skinny Apocalypse Blonde Guy was carrying seemed to be that of a Saint, or in the very least, a religious effigy. AKA – a Savior.

Oh, and lastly, Jeffrey Dean Morgan has been cast as Negan. So… there’s that. 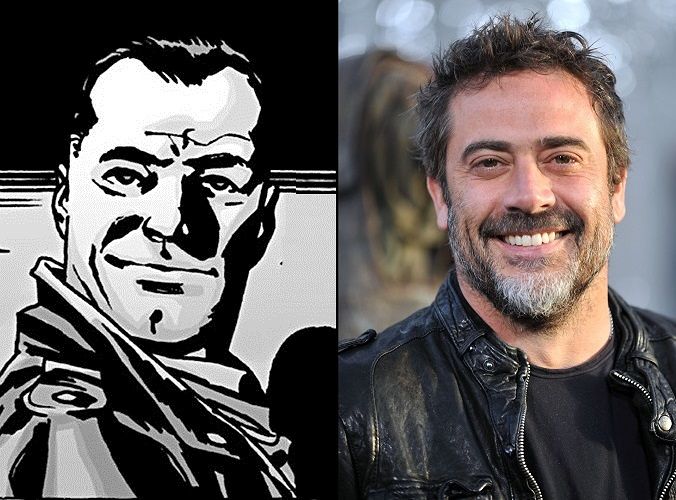 Not to under-deliver, the episode doesn’t end with a whisper necessarily, but an actual whimper, as the big climactic hook comes in the form of a mysterious transmission that comes through on Daryl’s walkie talkie. When trying to signal Rick, back at Alexandria HQ, we hear one word radiating from the other side… “Help”. I get the feeling that this was NOT Rick, and in fact, might just be Glenn… Daryl coming to the rescue of Glenn would just be… just… there are no words.

I’ll give this episode 4.0 crossbows out of 5.0 crossbows… (seriously, leave Daryl’s sweet crossbow out of this thing, already! Can’t a man just own a crossbow!?).

– So many other nods seemed to point to Negan and the Saviors this episode… most notably the title, “Always Accountable,” and Blondie’s proclamation that they “earned what they took” when fleeing Wade’s group. Hell… maybe Blondie IS Dwight, and we have yet to see his face get melted off for betraying Negan. So many questions!!!