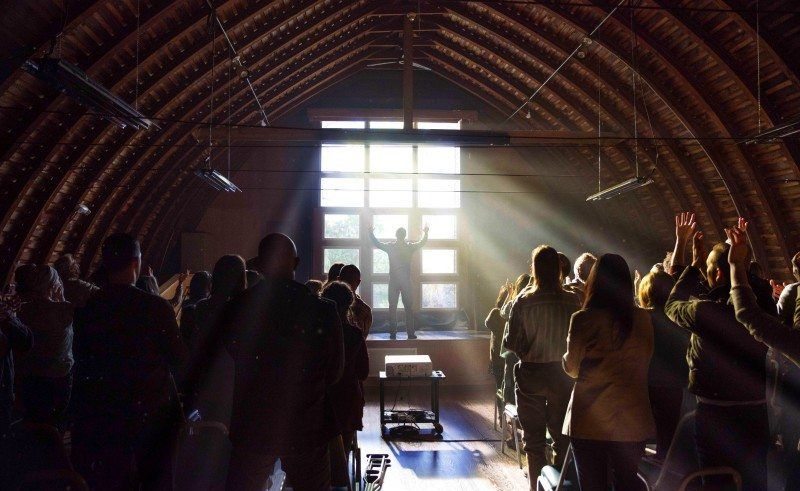 Bisexuality and television almost never get along.

Television (like most media platforms) seems to have a deep misunderstanding and fear of bisexuality. It is the Sexuality-That-Shall-Not-Be-Named, often used for shock-value or for sexual content, laughed off, and rarely taken seriously or legitimized. One memorable mistreatment comes from GLEE on two levels: one concerning Brittany, and one concerning Blaine. Bisexuality for Brittany is always danced around but never mentioned, treated as something that doesn’t even count as cheating. For Blaine, this quote explains it all: “Bisexual’s a term that gay guys in high school use when they wanna hold hands with girls and feel like a normal person for a change” —oh yeah, Kurt said that (Episode “Blame it on the Alcohol”). We also can’t forget the seasons-long hinting and failure to follow through of bisexuality for TEEN WOLF’s Stiles Stilinski.

Surprisingly, the refusal to legitimize bisexuality on television is not even my least favorite part. It’s not the “myths” of bisexuality that have become classic tropes—although those “myths” are just an excuse to shame lifestyles that stray from the imagined correct way to exist: monogamous, upper-class, neuro-typical, sober. My least favorite part of bisexuality on television is the reception of certain bisexual characters—especially by bisexuals themselves.

When a bisexual character is introduced and they fit into the “bad” category (drug-addicted, enjoys sex with multiple partners, non-monogamous, poor, just to name a few common traits of the stereotype), there is almost certainly an immediate backlash. You can be sure to find articles soon to follow, whining about the how the “myths” of the bisexuals have been reinforced once again and how our community is in danger of being seen as less-than because of it.

CLICK: Watch PREACHER? Check out this article on faith and organized religion!!

I used to get mad whenever a bisexual character would have multiple partners or cheat because, in turn, that’s what people expected of me in real life. Perception of bisexuality enforced through television has almost everything to do with how I and my fellow bisexuals are treated in real life. This is one of the reasons why popular culture is so important to pay attention to and analyze. However, when bisexuals themselves reject those that don’t fit into this “good” bisexual anthem— well, what are we doing? Ignoring and de-legitimizing an entire group of people because of multiple learned prejudices.

This “good and bad” bisexual idea comes from Shiri Eisner, author of Bi: Notes for a Bisexual Revolution. It changed the way I receive bisexual characters on television (and also made me restart my entire undergrad thesis—thanks Eisner!). Its why instead of rolling my eyes at the actions of Mary Cox on THE PATH, I embrace how beautiful her character is. I understand how valid her sexuality is. It exists on different levels and isn’t static. It doesn’t fit the rules of the ‘good’ bisexual.

READ: If you love film, read this article deconstructing thrillers!

Hulu’s THE PATH caught my attention for two reasons: the first being Aaron Paul, and the second being the “we’re-not-a-cult” cult, Meyerism. Meyerism is a somewhat-Christian movement focusing on relieving suffering in its many forms. It’s packed with activism, self-sufficiency, and a decent amount of weed-smoking. I’m a sucker for cult themes and mob mentality, especially when it goes as in-depth as THE PATH. Every episode kept getting better as I was thrown into this mystical, dangerous, yet appealing world of Meyerism. By those not in the cult, Meyerism is known to grab people when they are vulnerable. These in-show critiques mirror the reality of institutions taking advantage of those who can’t protect themselves.

Paul’s character, Eddie Lane, lost his brother to suicide. Sean Egan, the charismatic upcoming leader caught in the middle of a manipulative war, lost his sister to a racially based hate-crime in the form of a school shooting.

Mary Cox is one of the first people we meet on THE PATH. She was sold as a prostitute to her father’s friends when she was eleven, thus developing an understandingly confusing and traumatic relationship with sex and drugs.  When she enters the commune after a tornado, she, while weaning off the drugs she had been using, quickly becomes entangled in an incredibly unhealthy and manipulative sexual and tension-filled relationship with Cal. Cal Robertson is face of the movement, a charismatic and seemingly empathetic man who has quite the closet full of skeletons. He both protects her from her father and uses her for his own sexual gratification. Fast-forward through her set-up-turned-real-relationship with Sean, who gets sent away by Cal in a fit of jealousy, to the moment of her drug relapse. To get the drugs, Mary manipulates a woman named Betsy in a heartbreaking scene. The audience can see Mary as she regresses into what she was before she joined the Meyerist movement: Focused only on getting high and getting laid, lying to Betsy about how often she uses and shaming her into secrecy with the promise of romantic love.

There’s a lot of great things THE PATH does right regarding Mary Cox’s sexuality: it is never questioned, never belittled, and it is taken seriously.

LOOK: Watch Rom-Coms? Take a look at this article on tropes in romantic comedies!

While I am a believer that using the word “bisexuality” in shows is necessary, in the case of Mary Cox, I believe showing works better than telling. The normalcy her relationships are treated with is refreshing. Mary Cox’s liaisons with both men and women on the show are paid attention to, explored with depth, and in my opinion, never portrayed in a negative light. By negative, I specifically mean she is not a demonized character who needs to be set on the straight and narrow or portrayed as a “bad” or “good” bisexual; she is a hurt woman who needs time to heal and cope. THE PATH recognizes her past, her intentions, and her reasons, and accepts them as motivations for present and future actions. This show embraces how trauma can affect identity and sexuality, and does so without apology.

Mary Cox is an amazing example of how sexuality can exist on a spectrum and how it deviates across time and space. THE PATH writes Mary Cox as a savior in her own right; someone who takes control of her past, her present, and her future by accepting and loving who she is.

Mary Cox is one of the best written bisexual characters on television, a rejection of the imagined yet all too real “good/bad bisexual” law that exists in both the queer and straight community. Mary Cox is deserving of your empathy and respect, as are all people in and out of her situation. She is a god-damned revelation carving the path to what I can only hope to be inspiration to create diverse, real, and valid bisexual characters on television.