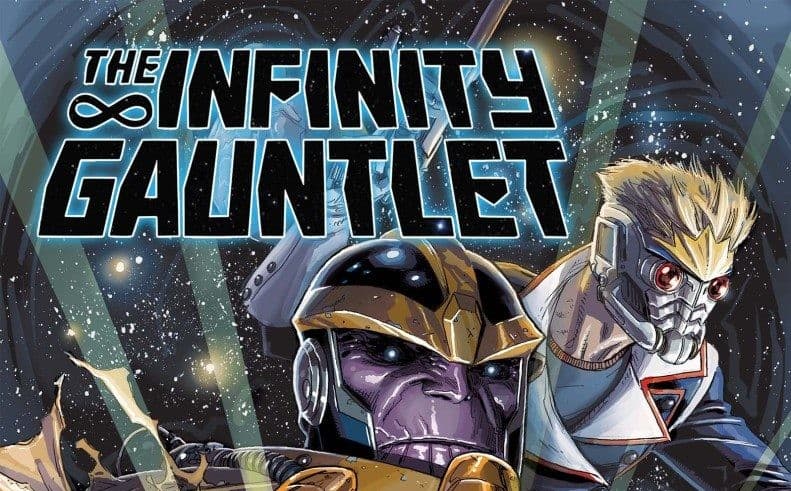 The Nova Corp is a back! They are not the one we are familiar with, but that is no concern for Thanos. The return of the mad titan has me excited to see what he has planned for Earth during Secret Wars. Infinity was one of the greatest events after the Marvel Now re-branding. With realities at war, can this new Nova family deal with Thanos? Will we see any familiar Novas like Richard Rider? Tune in to this series in May for answer but for now enjoy our first look into the Infinity Gauntlet #1 Preview!

Thanos vs. Nova in the WARZONES! Your New Look at INFINITY GAUNTLET #1!

The stones are calling to one another, and the most powerful artifact in the Marvel Universe will be re-assembled in INFINITY GAUNTLET #1! From blockbuster creators Gerry Duggan (Deadpool, Nova) and Dustin Weaver (Edge of Spider-Verse) comes an explosive cosmic tale of life, death, family and the things we do for survival. Welcome to New Xandar, to the south of Battleworld. Once a beautiful city-state, an invasion from a neighboring zone has left it a barren post-apocalyptic mess. In this hellish wasteland, Anwen Bakian and her family struggle and claw to survive. Mom left years ago to join the Nova Force, only she never came back. Now it’s just Anwen, her dad, sister and grandfather – all alone in a realm dominated by giant killer insects… until she finds a mysterious stone that may or may not unlock incredible cosmic power! Now she’ll find herself begin hunted by those who seek the stone for their own – including the madman known as Thanos! Witness the beginning of a hero’s journey as a Duggan and Weaver flip the cosmic side of the Marvel Universe on its ear when the gauntlet is thrown in INFINITY GAUNTLET #1 – coming to comic shops and digital devices this May! 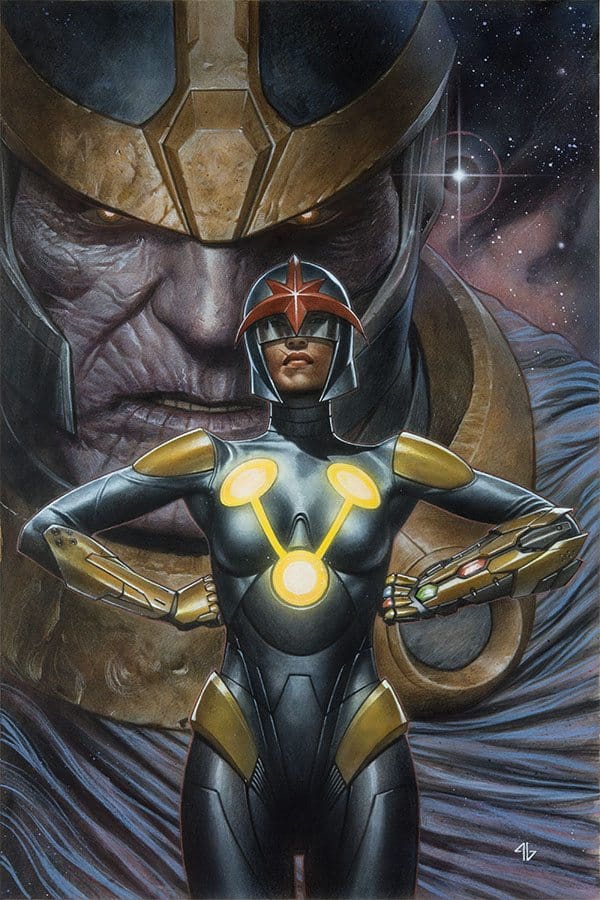 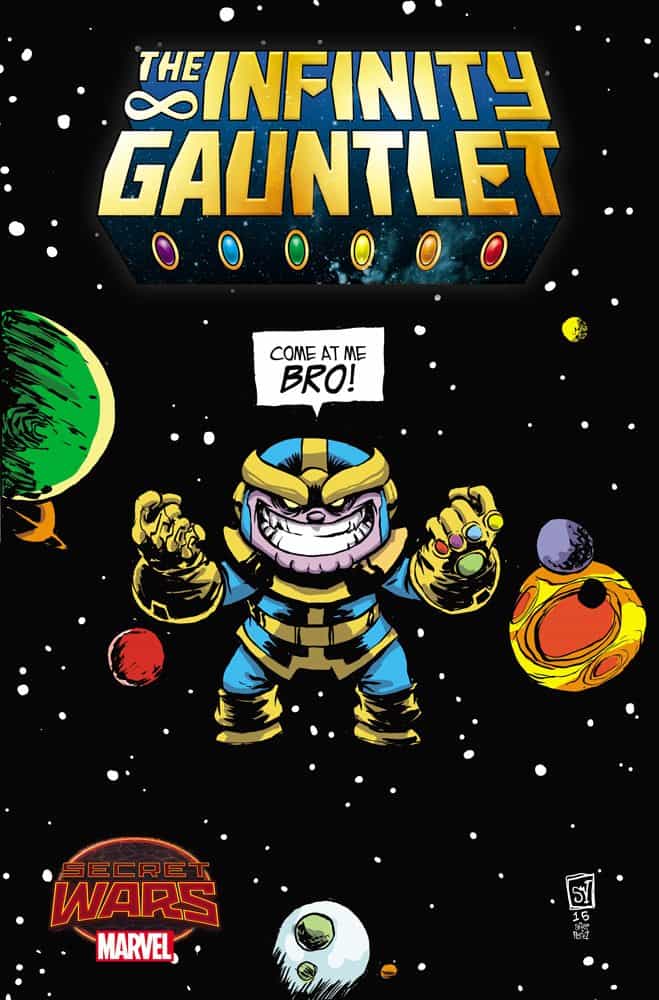 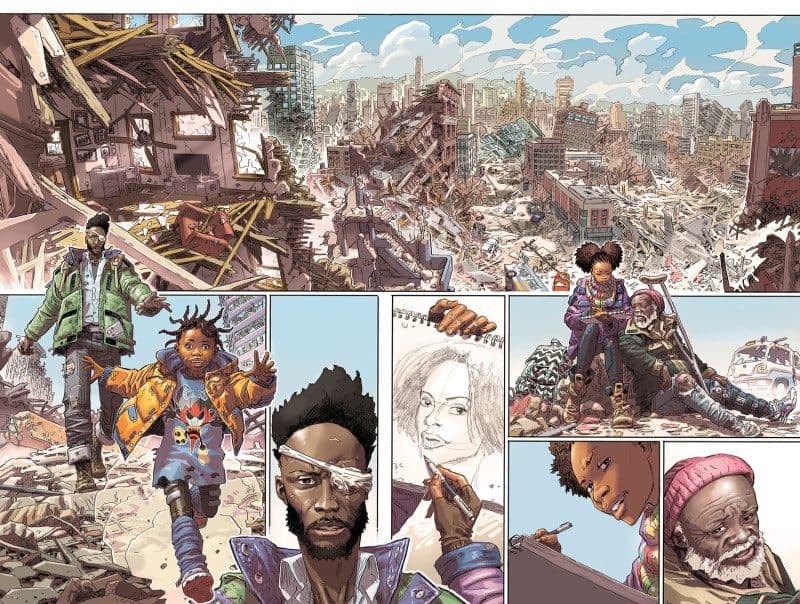 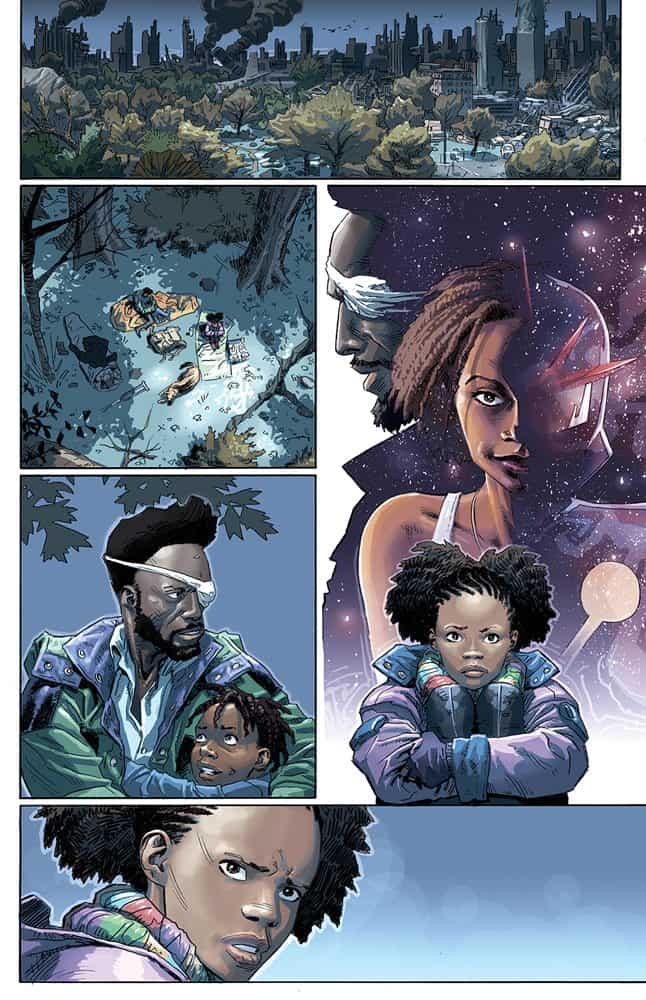 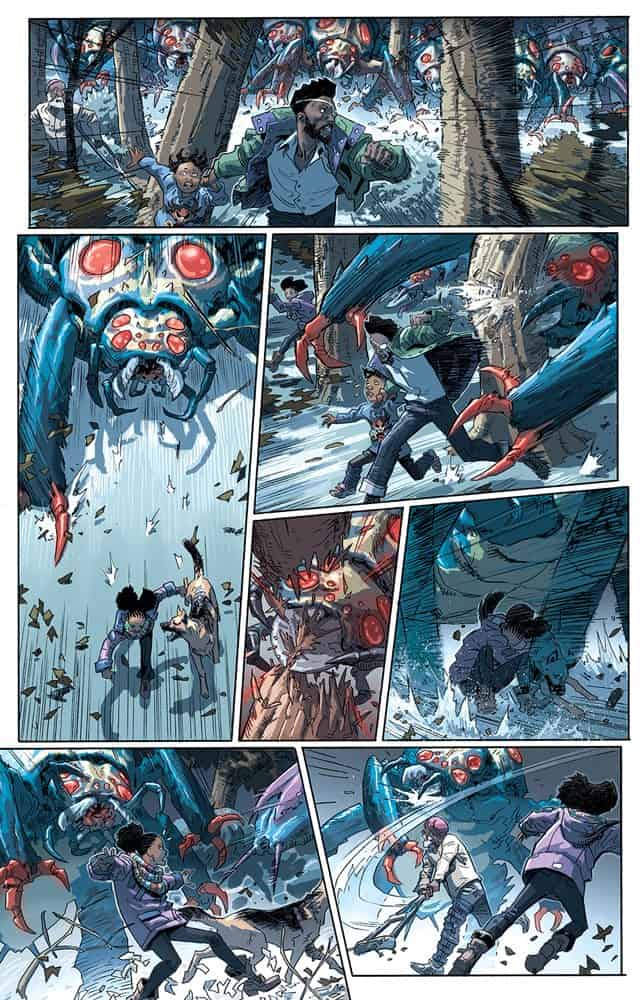