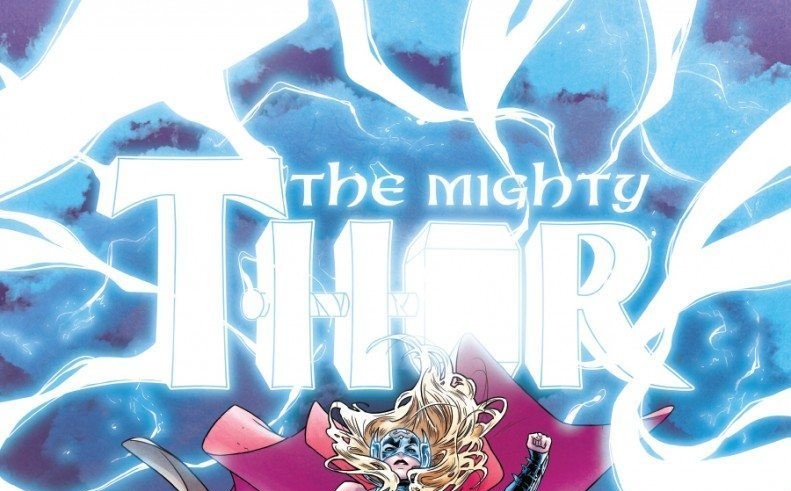 The last two issues of THE MIGHTY THOR offered us a slight breather from the hectic life of Jane Foster. It focused on the Midgard of old, featuring Vikings, gods, and creatures in between. We saw the original Thor at his cocky, pre-worthy best, exchanging fists with men imbued with the power of the gods. The art, by Rafa Garres, was earthy and carved out of stone, staying with me longer after I finished the issue.

READ: Miss out on the MIGHTY THOR #7? Check out our review here!

How could that story be matched? Surely it would be a struggle to get back into the world of “now,” the world of a female Thor. In THE MIGHTY THOR #8, the creative team has you hook, line, and sinker by the end of the first page. In four succinct panels, it touches on the global, the galactic, and the human condition. It’s a colorful kaleidoscope of heroics that Jason Aaron, Russell Dauterman, Matthew Wilson and Joe Sabino make happen with a seeming effortlessness. It is at once beautiful to look at and easy to read. The words are chosen well and placed carefully and the inks are clear and crisp, while the colors of the rainbow dash across the page. It sums up who this Thor is, godlike yet still very human. An immortal with a very mortal disease. And this is only page one. 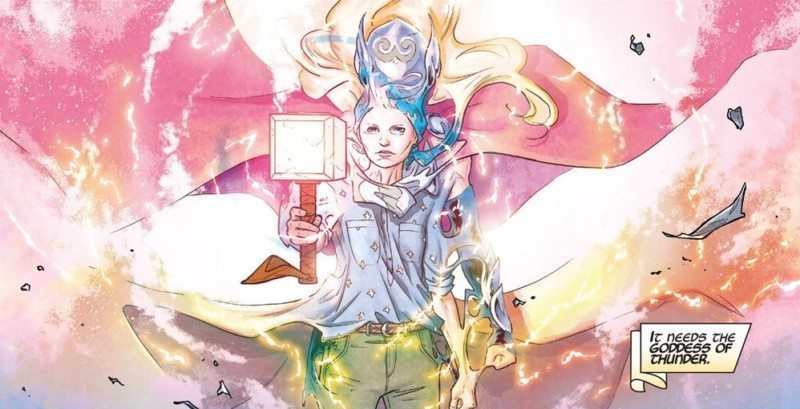 Once we get back into the swing of things, Aaron opens up two new storylines to us. The first is the more intriguing of the two. In the old days, Thor faced villains from Asgard: gods and dark elves and frost giants. This time, she will face the most villainous of the wealthiest one percent—the richest and most powerful CEOs (and villains) of the Marvel Universe. They have come together to discuss why Dario Agger, resident Thor baddie, has not offered them a share of his access to the Seven Realms. In typical fashion, Agger defends his claim and makes it clear he has no intentions of sharing. The dialogue and chaos that sparkle out of this encounter are enjoyable and engaging. Agger has always been depicted as an unstoppable foe, but even with the powers of a Minotaur, he may be outmatched by his more human counterparts. (Who wouldn’t be hesitant to go up against Wilson Fisk?) Given this spat, could there be a civil war among the villainous elite? All signs point to yes.

READ: Thor is not the only god who has problems—Hercules does, too! Find out more in our review of GODS OF WAR #1!

While the villains bicker among themselves, Jane is picked up by two agents of S.H.I.E.L.D., who are adamant that she knows the identity of the new Thor. The agents are depicted as comedic foils, bombarding Jane with questions and assumptions that can only be laughed at, which she does. She doesn’t need a hammer to be strong enough to defend herself against these guys. But while it’s great to see her as someone able to protect herself with or without godlike power, these scenes seem slightly off and read a bit too jokey. These agents should seem like a threat to her secret identity, but the way they are written seems too light. If S.H.I.E.L.D. is after Thor, it needs to feel a bit more real, a bit more dangerous. These scenes are full of humor, but there is a noticeable lack of real danger here. Trusting in Aaron, that will probably be rectified soon. 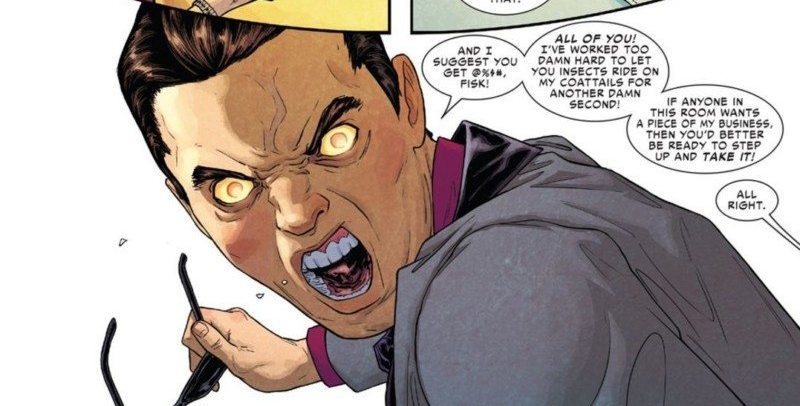 Russell Dauterman continues to be a god among artists, wielding inks with precision, finding moments of real depth while infusing the story with a boundless energy. His Thor is a hammer-swinging goddess and his Jane Foster a woman starved from cancer, yet both are drawn with lightning in their eyes. The panel where Jane holds Mjolnir while she transforms into Thor is alive with color and power. His villains snarl and snap and smirk. His depictions of the corrupting world of the rich are layered with elements of fantasy. His execution of Aaron’s script is spot-on. Praising Dauterman without praising colorist Matthew Wilson, though, would be a huge disservice. Wilson’s colors are a perfect balance of light and shade. He brings the world of Thor to life with bright colors, swirling in a rainbow of light. The world of Midgard is a slightly more gray place, full of shadows and spotlights, adding a needed sense of drama to the story.

READ: The Marvel Universe is at breaking point as heroes pick sides in our review of CIVIL WAR II 2!

This arc, titled “Lords of Midgard” has gotten off to a strong start; enemy against enemy, a spy agency on Jane’s case. There is a lot to play for in future issues. If the rest of the story is like this, this could be the most fun Thor story yet.