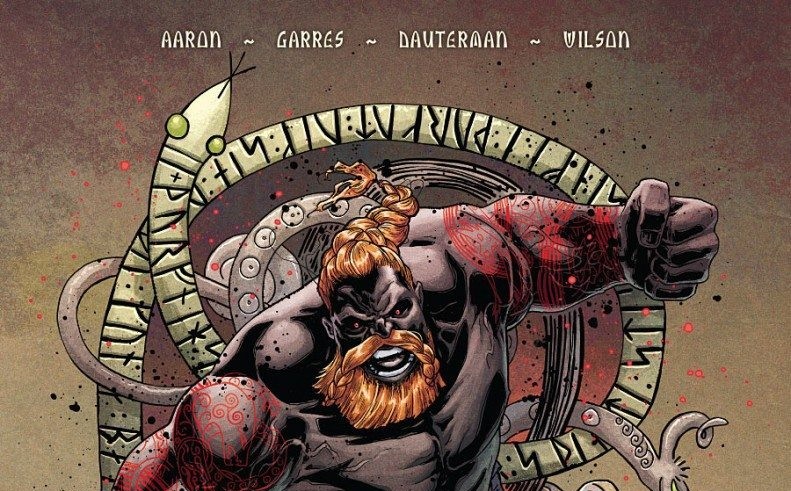 In “The Strongest Viking There Is” Part Two, Loki continues his tale of Bodolf the Black to a bored Dario Agger. With Loki’s help, Bodolf has been given the power to defeat his enemies, even giving the Mighty Thor a few thrashings. But as the God of Stories observes, sometimes plans can go very, very wrong.

Jason Aaron once again takes us to a past fraught with mud, violence, and blood. We are reintroduced to Bodolf the Black, a monstrous creation that could take on the Hulk himself. Unfortunately for Thor, he is the one that gets the ends of Bodolf’s fists. The issue itself is pretty much a smackdown between the Thunder God and a hulked out Viking, and Thor seems to be losing. Fortunately for us, it’s an enjoyable clash of titans that spans the entire globe.

Part of the fun here is seeing all the references to future Marvel characters as Thor battles around the world, with a glimpse at a primitive Ghost Rider (riding a bear!) and Atlanteans. There are mentions of K’un Lun Dragons and Panthers in Africa reacting to this earth shattering fist fight. It feels like it’s setting up a primitive Marvel world that I would most definitely be excited to visit. Even the epilogue of the tale is reminiscent of a lonely Bruce Banner wandering alone, struggling to keep the monster within from exploding. Adding to this is Loki’s narration, full of bitterness, sarcasm, and hilarious self-awareness that sometimes not everything he does works out well. 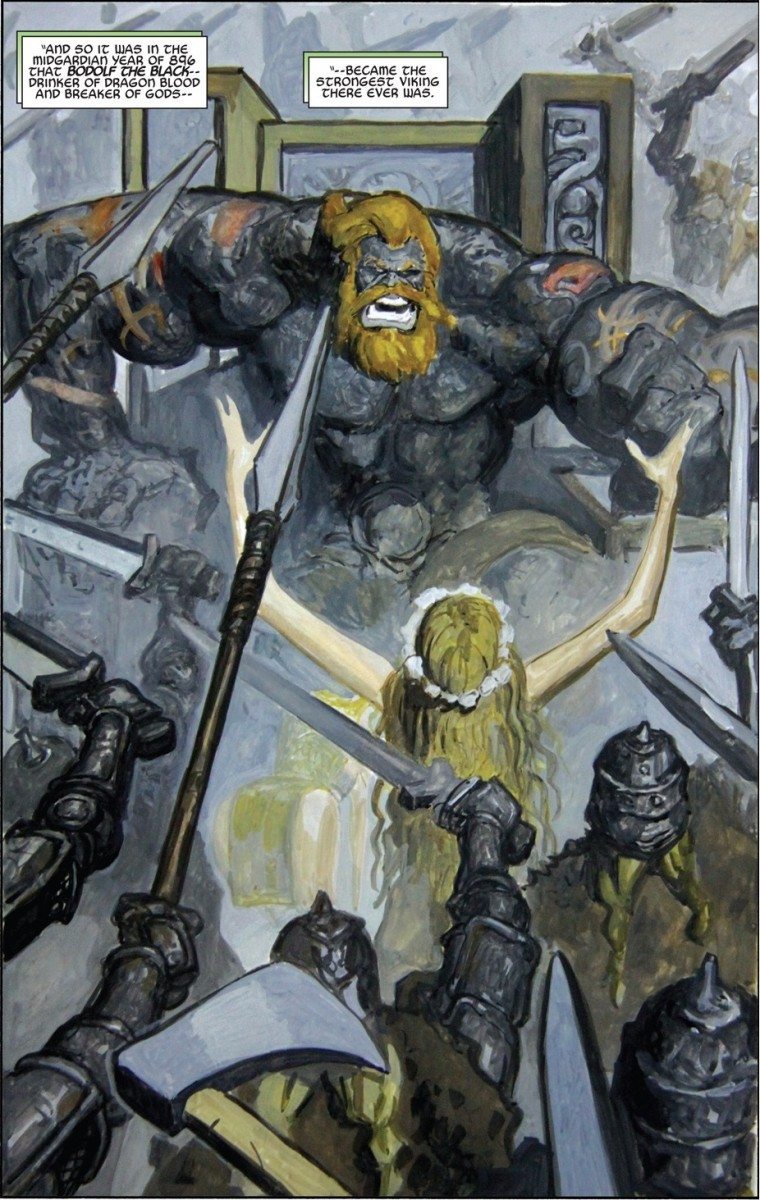 READ: Catch up on THE MIGHTY THOR with our review of issue #6!

The rest of the fun comes from guest artist Rafa Garres’s art and color. Like I said in my THE MIGHTY THOR #6 review, it takes a little bit of getting used to, but once you do, it is glorious to look at. Garres’s work here does seem to be a bit looser and less refined this time around. The first page really jarred with me based on how rushed it looked; Thor is a blur of unrefined inks that look quite weak. Heimdall’s appearance here is almost an afterthought of inks. But flip a page and you get a glorious full-page spread of Bodolf sitting on a throne of rock, a mixture of rough muscle and gray steel. The work feels largely inconsistent overall, jumping from rough-hewn beauty to hardly finished inks. But, despite these critiques, Garres still does a fine job of world-building, complementing Aaron’s script of axes and magic with some magic of his own. 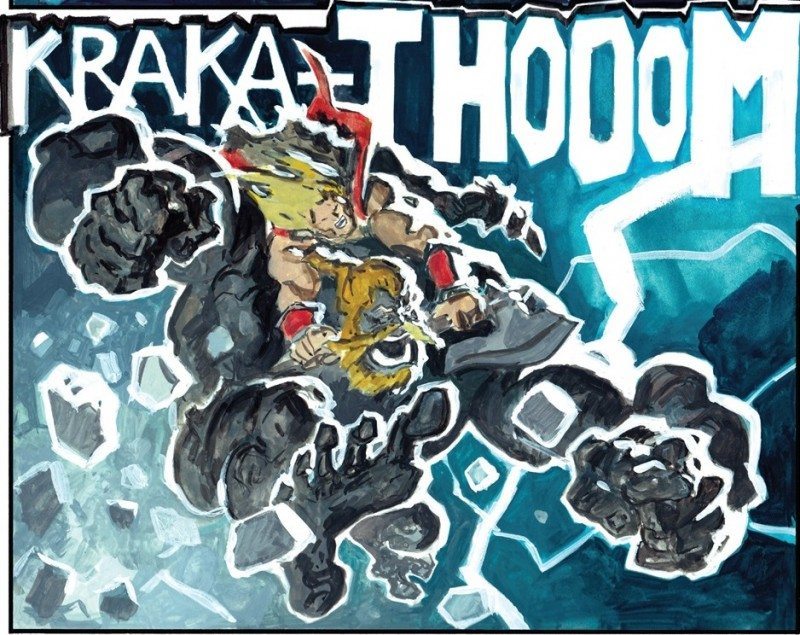 READ: Marvel continues to rock the boat with the explosive first issue of CAPTAIN AMERICA: STEVE ROGERS #1. Check out our review here!

The segue way between the past and the present is done well here, too. The use of dark pink flaring from the hand of an iron age Loki then cutting to the leathery hide of a fire-breathing dragon (and a return to Russell Dauterman’s inks) is smooth, feeling natural despite the differences in artistic stylings. Loki’s tale is done, a glimpse into the psyche of a jealous brother while also holding relevance for the next chapter. Curiously enough, despite Loki’s witty banter and casual attitude, there is an underlying sadness bubbling beneath the surface that will hopefully get explored in future issues.

Overall, this is another great issue in a series that shows no sign of dipping in quality. But while it has been enjoyable to get another glimpse at the life of a younger Thor, the previews page at the end made me realize how much I missed Jane Foster. Her absence didn’t detract from enjoying this issue, but seeing her in flight made me excited to see her back in action, wielding the mighty Mjolnir once again. Bring on THE MIGHTY THOR #8!