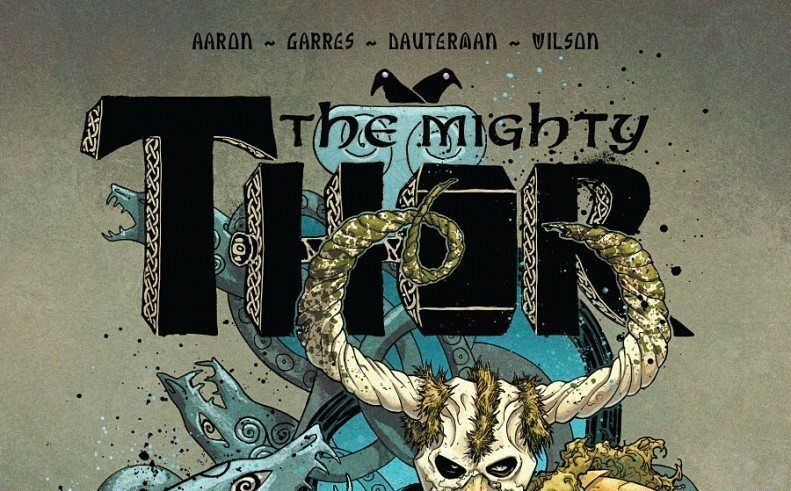 Before we embark upon the next story arc of ‘The Lords Of Midgard’ in Issue 8, Jason Aaron and guest artist Rafa Garres bring us part one of a two part tale set in the age of vikings. Dario Agger, CEO of Roxxon, has expanded his operations. Making a deal with Malekith, king of the dark elves, he now mines for oil in Svartalfheim and drills for oil in Alfheim. But, wary that Malekith might alter their agreement, he reaches out to Loki as a potential ally. Before Loki answers, he has a story to tell…

READ: Catch up with THE MIGHTY THOR with our review of issue 5! 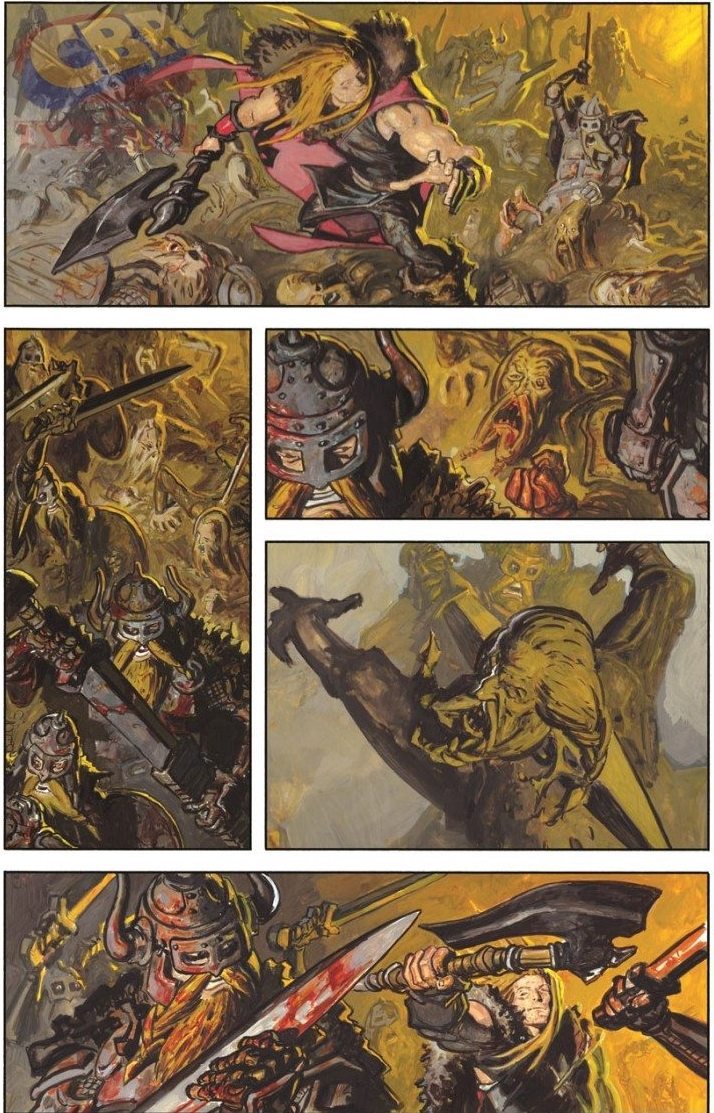 While it’s a story featuring the gods, Aaron’s (presumably) cautionary tale follows the adventures of Bodolf the Black, a chieftain hungry for power. He and his warriors win each battle they encounter with ease. But this stroke of good fortune is down to the timely arrival of a young, brash Thor at the beginning of every skirmish. Bodolf has being praying to Thor for his mighty intervention before each fight and Thor has been answering. But then, Bodolf gets jealous of Thor’s victories and it’s not long before Loki rears his meddlesome head.

READ: A fan of stories told in a galaxy far far away? Jason Aaron writes STAR WARS #17. Check out our review here!

It’s a tale full of treachery and jealousy in a world full of death and honor. Aaron has already shown he can write a viking ballad like no other (his God Killer run is testament to this), and this issue adds the viciousness with Garres’ art. It’s a painted style full of thick, violent inks and splashes of dark color. In a lot of ways, his style reminds me of stone wall murals, with the action carved out of the very rocks, especially considering the narrowness of depth between the foreground and background in each panel. The characters on the page are lacking some detail, but their actions are clear and full of purpose.

READ: Relive the earth shattering conclusion to SECRET WARS in our review of issue 9! 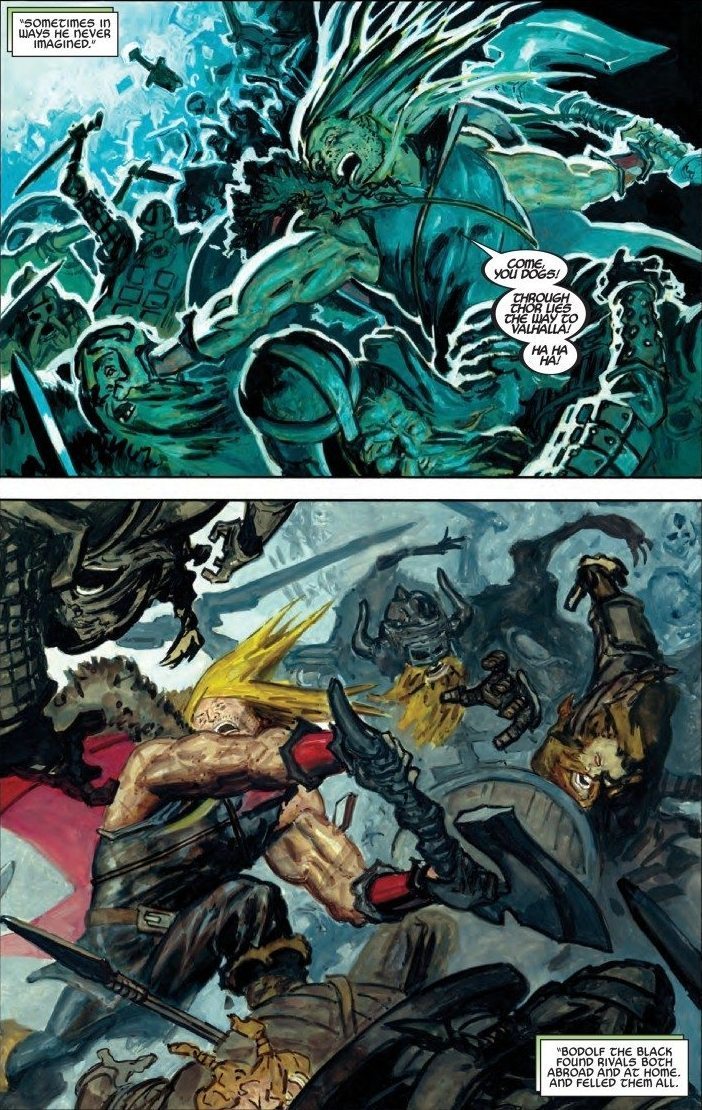 Garres’ art is an acquired taste. Jumping from Dauterman’s clean style to Garres’ grey, murky art did take some getting used to, but by the end of the issue I was sold. The story Aaron was telling needed Garres’ painted style to really get into the heart of this grey age old era. My one small gripe is with Loki’s introduction at the beginning of the issue. It refers to him as the God of Lies. In the series LOKI: AGENT OF ASGARD by Al Ewing and Lee Garbett, Loki had rebelled against his status quo and established himself as the God of Stories by the time the series ended. This Loki is the one who survived SECRET WARS and he became a sort of anti-hero. With this God of Lies introduction (which may just be an oversight) it could well remove the strong character growth Loki had achieved (Then again, he didn’t do himself any favors stabbing his own step mother in the back in THE MIGHTY THOR #5).  But all we can do now is see how Loki and his title progress as the series goes on. Outside of this, THE MIGHTY THOR #6 is a strong, entertaining issue that gives depth to the Thor mythos.