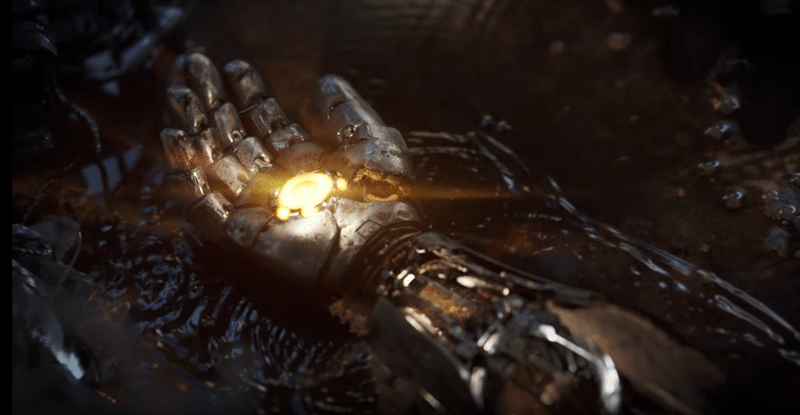 Last week Marvel and Square Enix announced a deal to bring multiple Marvel video games to players. For Marvel fans, this is huge news. Marvel has long struggled to bring some of their properties to the video game world, their last attempt a canceled Avengers project back in 2015. But now, with a fresh trailer indicating a possible release date and hints towards a tie-in with the Marvel Cinematic Universe (MCU), fans can safely anticipate a brand new game featuring The Avengers. This is not only a big deal for the many gamers who also love comics–this is a huge opportunity for the MCU to expand even more not only in scope and story-telling.

Other than the LEGO MARVEL series, fans haven’t been able to play as their favorite Marvel characters unless you count MARVEL VS. CAPCOM. We’ve had some Spider-Man games here and there, but nothing noteworthy since SPIDER-MAN 2 back in 2004. The upcoming SPIDER-MAN from Insomniac Games looks like the first worthy entry in the Spider-Man series in some time. If anybody can capture the fluid web-swinging and movements of SPIDER-MAN 2, it’s the creator of RATCHET AND CLANK. Spider-Man games up to this point have been bland both gameplay and plot, so Insomniac Games’ latest has a lot of people counting on it.

But as is the case with video games, we’ll have to wait and see if hype matches quality. Other than these, appearances from Marvel characters has been stagnant. But with this deal with Square Enix, Marvel will be able to tell stories that they could otherwise not be able to tell, maybe even introduce unseen characters from it’s gigantic roster. No more having to make expensive blockbuster films just to introduce a new Avenger.

The teaser for  THE AVENGERS PROJECT  managed to give a few hints in its minuscule run-time. First and foremost, it comes with a 2018 date announcement, which means that its release might coincide with INFINITY WAR. Thankfully it doesn’t say it comes out on the same day or anywhere near the release of the tent-pole film, and I have faith that Square Enix is smarter than a movie tie-in. I do think that they should have saved a trailer for E3 or another big press event instead of a teaser trailer that doesn’t do anything more than a press release could accomplish. Either way, we got what we got.

It seems like chronologically, THE AVENGERS PROJECT will be focused on the events following CIVIL WAR. The biggest (and only) theme of the teaser was “#reassemble.” Given the ending of CIVIL WAR, and assuming that Square Enix and Marvel haven’t unintentionally spoiled the ending of INFINITY WAR, it’s safe to assume that THE AVENGERS PROJECT will bridge the gap between the two films, catching audiences up on the core Avengers before their return in their fight against Thanos.

THE AVENGERS PROJECT might as well be a test for Disney and Marvel taking the video game industry seriously. Disney has had a notoriously rough time with the video game industry the last few years. Their only relevance in the industry this decade being DISNEY INFINITY, which is now winding down. They even closed their in-house developer, Avalanche Games. Thankfully, BATTLEFRONT’s massive success, along with this deal, means we might be seeing the company dive into the industry even deeper.

READ: If You’re Not Excited About Black Panther, You Need to Be

Other than hinting at possible plot lines, the trailer for THE AVENGERS PROJECT also dropped the names of two very exciting studios that are presumably working on the project: Crystal Dynamics and Eidos Montreal. Both of these studios have proven their mettle in recent years by not only making great games but making great games out of existing properties that most fanbases didn’t want to be touched. Crystal Dynamics’ take on TOMB RAIDER is a modern, gritty take on a famous video game character. Eidos Montreal took a classic sci-fi shooter in DEUS EX and made it into wonderful and challenging role-playing games. Both have the ability to make great games set in the MCU.

Regardless of the studio, the most exciting prospect of this deal is the impact it will have on the MCU. The video game industry only gets more popular as innovation continues. I mean just imagine flying around in the Iron Man suit in VR! Bringing the MCU into a new medium presents endless opportunity to introduce brand new characters from the massive comic roster. It also means we could play popular comic arcs that we’ve all wanted to see on film. Why not turn Planet Hulk into an adventure/fighting game instead of adapting such a lofty concept to film? Or maybe highlight some more minor characters like Hawkeye and Black Widow into a spy stealth shooter. If we hope, dream and pray hard enough, maybe Marvel and Fox will allow Avengers vs. X-Men to become a video game at the very least. Is that really too much for a fanboy to ask? The possibilities really are endless, but if the games live up to the MCU remains to be seen.