“There’s two kinds of people in the world: Those who think people can be divided up into two types, and those who don’t.”-Groucho Marx

Yorgos Lanthimos’ THE LOBSTER is a film that, like Lanthimos’ previous films DOGTOOTH and THE ALPS, has a lofty concept that requires a bit of explanation. THE LOBSTER is a sci-fi dystopian, darkly comedic romance (still with me?) that takes place at some point in the near future in a place called the City. The specifics are vague because they ultimately don’t matter. This isn’t a typical dystopian tale where a gang of plucky rebels take on the big bad system that has oppressed them. The revolution in this film is of a quieter, more personal nature.

The film centers around David (Colin Farrell), a recently divorced man who, like all single people in the City, has entered the Hotel. Within the confines of the Hotel, each guest is given 45 days to find a suitable spouse or be turned into an animal of his or her choosing. With this task laid out before him, David begins his struggle to find the perfect partner, slowly learning more and more about the unsettling world of the Hotel and its desperate inhabitants. He tries to play along with the system, until this system breaks him and he escapes to the forests outside the City. It is within these woods he encounters the Loners—the cast-offs from the society of forced companionship who choose to live a life of solitude. It is here he meets the Short Sighted Woman (Rachel Weisz) and a forbidden romance begins. Lanthimos’ film unfolds with his trademark deadpan humor and nearly nightmarish plot turns, but THE LOBSTER is arguably his most symbolically rich film to date. Through the struggle between the dual societies, THE LOBSTER’s surreal symbolism represents an exploration of the destructive power of social binaries. 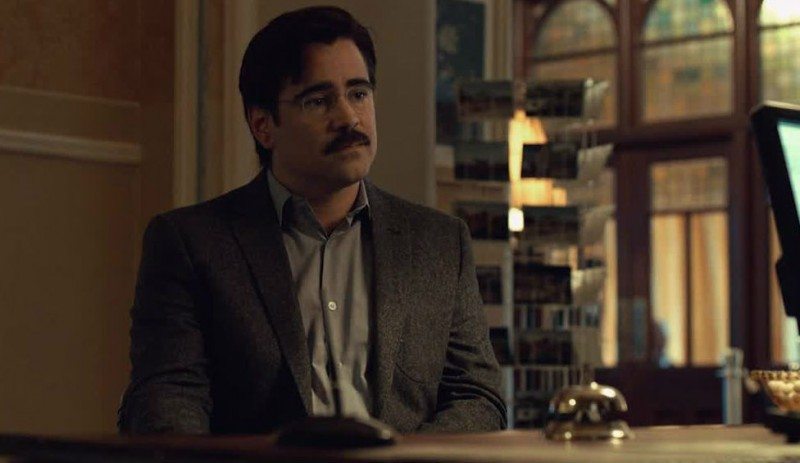 On a literal level, the binary of this film focuses on the delineation between those in relationships and those who are single. The single people of this world are considered so low on the social ladder that they would be no different as animals. It’s hard not to read the scathing commentary on modern dating in the way the Hotel’s oppressive system is run. With the 45-day time limit in place, the “biological clock” made into a literal ticking countdown, each member of the Hotel scrambles to find anyone with surface level similarities to them. Do you have a limp, or chronic nosebleeds, or a passion for biscuits? Finding someone who shares those same traits will be your primary criteria for finding a mate.

However, these criticisms are not simply directed at one single institution. Our society’s inability to accept anyone or anything that can’t be easily categorized is the primary target of Lanthimos’ satire. As David navigates his way through the Hotel, he begins to see the society’s refusal to accept anything other than a clear-cut binary. When first enrolling into the program, David asks if a bisexual option is available instead of simply heterosexual or homosexual. The request is denied—“too difficult to manage,” the hotel clerk replies. Later, while being given his assigned clothes, David is told there are no half sizes available for shoes; he can have one size or the other. This is the social binary in microcosm. Through these bite-sized pieces of symbolism, Lanthimos shows the audience that a system that tells people they can only live one of two ways, with no room in between, will force people to try to conform to spaces where they can’t quite fit, like a shoe that’s just a little too small or a little too big.

The danger of this binary comes from what happens when people can’t accept the fact that they don’t fit into a dual space, but know that they have no other choice. Limping Man (Ben Whishaw) is one such character from the Hotel. Limping Man wants to begin a romance with Nosebleed Woman (Jessica Barden), but obviously the two are completely incompatible according to the rules of this society. They do not share a trait, and therefore cannot fit together: “A penguin cannot be with a hippopotamus,” the Hotel Manager (Olivia Colman) explains early in the film. Frantically trying to win her heart, the Limping Man smashes his nose against the nearest hard surface to induce a nosebleed, claiming that they happen to him all the time. He later asks David what’s worse: having a nosebleed now and then, or turning into an animal? David responds with the latter: nothing is worse than not conforming, conformity offers the peace and comfort of being within the larger society. It is this nefarious solidarity that allows societal binaries to exist. 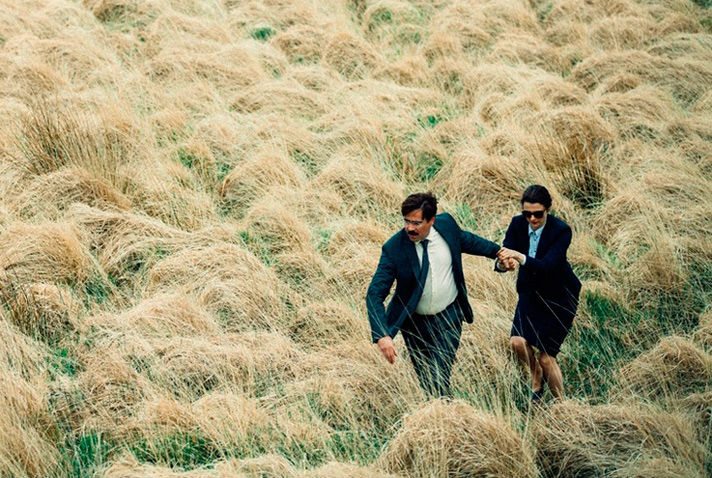 David makes his attempt to, like Limping Man, change himself on a fundamental level and pursues a romance with Heartless Woman (Angelika Papoulia). When he discovers he can’t suppress his emotions enough to be with her, he makes his escape to the woods and discovers the world of the Loners.

Just as the mandatory coupling of the Hotel symbolizes stereotypes about married life, the Loners check off each of the critical boxes that society places on the perpetually single: cold, cynical, and celibate. While the Hotel punishes sex before a relationship is approved, the Loners reject any and all forms of intimate behavior. Even mild flirting is punishable with physical torture. Despite being removed from the dominant society, a rigid set of expectations still forms, which individuals must correspond to under threat of punishment. Rather than liberating themselves, the Loners have reinforced the same unjust binary by creating the dark reflection of the system they hate. While some people can exist on either end of a binary scale, true happiness lies somewhere between, finding a balance that suits each individual. Lanthimos reinforces this need for balance with the introduction of the Short Sighted Woman (Rachel Weisz). 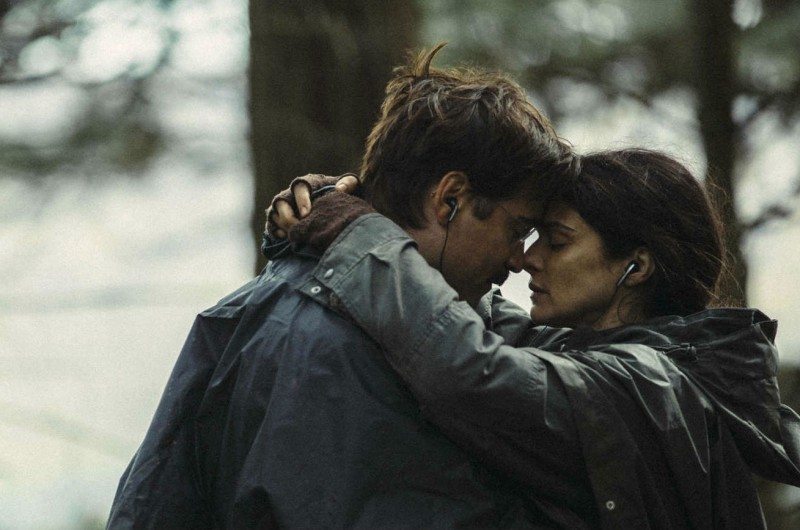 The Short Sighted Woman and David share the surface level connection (both near-sighted) for David to believe they could be a perfect match. When they sneak into the City, the two effortlessly pretend to be a couple, happily fooling those around them as they are finally able to express themselves. Free of the binary forces at play—the dichotomous Loners and Hotel and the norms they represent—they naturally find companionship that brings them fulfillment without the expectations that come with adhering to any societal boundaries.

CLICK: Like STAR WARS? Yeah, of course you do! Check out our thoughts on the young Han Solo movie

It would be nice to say that the film ends here, with David and the Short Sighted Woman in coupled bliss, but a totalitarian binary cannot allow for anything to exist outside of its established boundary. The couple is forced out of their blissful lives due to the cruelty of the Loners, and have to find a way to fit into the binary system that once rejected them. Facing a schism in their relationship, David and the Short Sighted Woman have to make a drastic choice in order to stay together. It’s a choice that, like every other in the film, leaves no room for a satisfying or acceptable middle ground. The severity of this binary leads to the film’s haunting, ambiguous ending that leaves the audience wondering what side was ultimately chosen: happiness or tragedy.

The destructive power of the binary society is overwhelming, and this particular film opens a door to a myriad of allegorical connections: political parties, gender, and race relations, among others. One thing is certain: Lanthimos’ film shows that the constant push and pull of one side versus the other, without acceptance of the space in between, dulls humanity’s once sharp edges. The box of conformity suffocates just as well as it labels the person within.

Ironically, the friends who I saw the film with completely interpreted the ending in two totally different ways. Over dinner, we found it impossible to find a middle ground in our belief on what the ending means. We, too, were trapped in a binary of the film’s own design, making us choose between happiness and misery. We ultimately agreed to disagree. There’s two kinds of people…