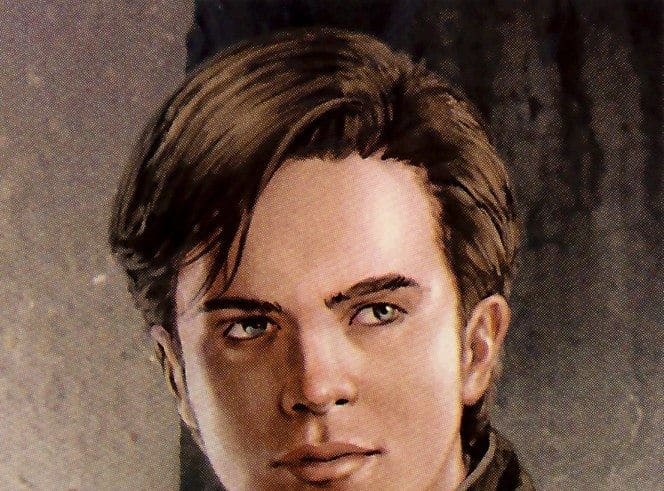 As the world moves ever nearer to the release of STAR WARS: THE FORCE AWAKENS, here at ComicsVerse we’re celebrating some of the forgotten heroes of “Star Wars” – the heroes and villains of the Expanded Universe, now wiped from continuity!  First up: Anakin Solo!

In a way, Anakin is symbolic of the problems with the Expanded Universe.  The son of Han and Leia, he was born in the DARK EMPIRE saga (the Expanded Universe beating Marvel to a powerful pregnant kick-ass warrior by a whopping 24 years!) Along with his brother and sister, Jacen and Jaina, Anakin became a regular fixture in the Expanded Universe; through most of the Bantam era novels, he was a young kid with a cheeky sense of humour and a love of machines.  He became the star of their “Junior Jedi Knights” range. 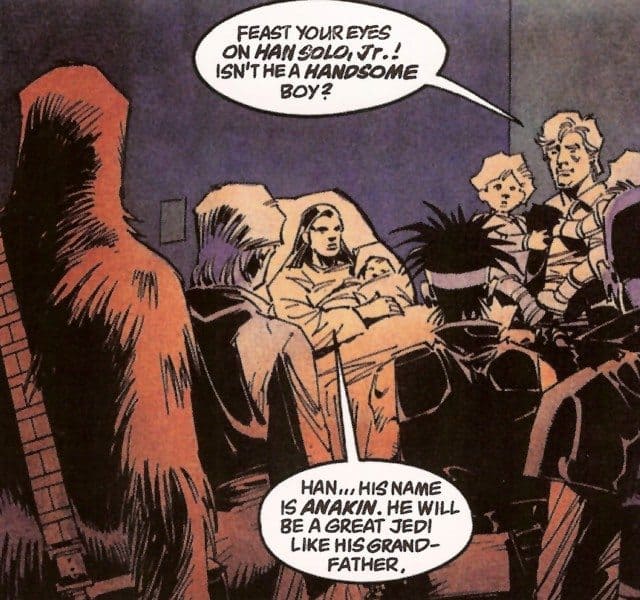 When Del Rey took over the “Star Wars” novels license, they took a vastly different approach to Bantam.  They kicked off epic ‘events’ – massive arcs under a single banner, telling stories with length and darkness.  The “New Jedi Order” series moved things into high gear.

READ: What WAS the “STAR WARS EXPANDED UNIVERSE”?

The original plan was for Luke Skywalker to die in the first book, “Vector Prime”, but this was stopped by Divine Intervention – i.e. George Lucas said ‘no’.  Instead, Chewbacca died, as a moon crashed upon a planet; and he had given his life to save Anakin.  As alien invaders swept across the Galaxy Far Far Away, a guilt-stricken Anakin nonetheless managed to prove himself as a true hero, notably in Michael A. Stackpole’s “Dark Tide” duology.  But the best was yet to come. 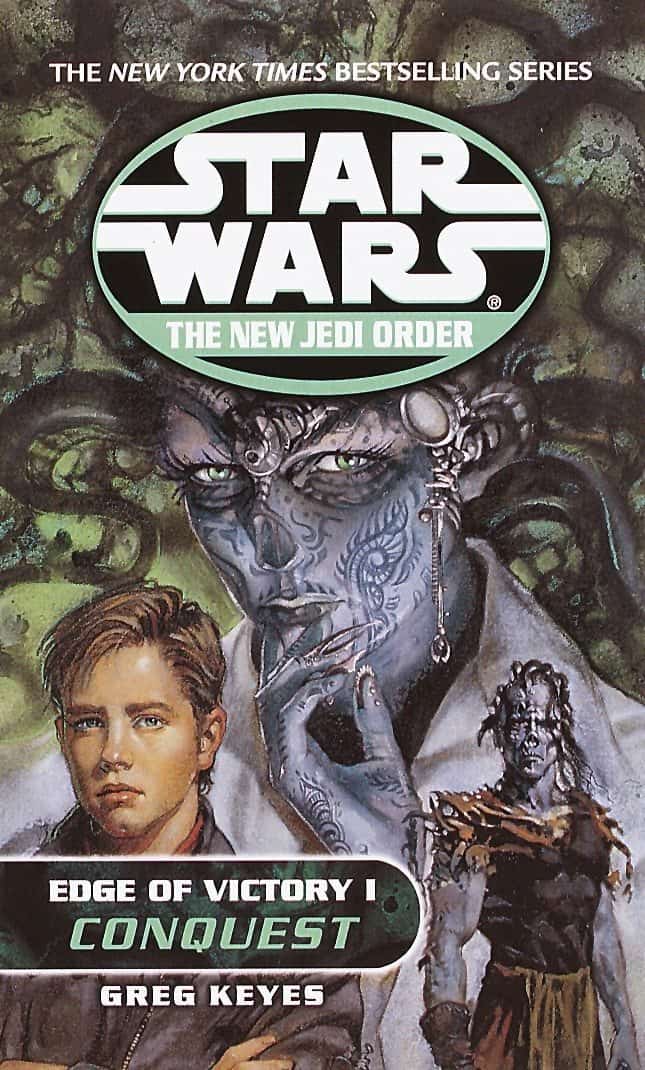 Anakin’s brightest moment came when Greg Keyes picked up the “Edge of Victory” duology.  Where many of the “New Jedi Order” books were dark, his first – Conquest – was a wonderful character-piece redolent with hope and vibrant life.  It starred Anakin, who wound up stranded on the captured Moon of Yavin 4, striving to rescue his best-friend-with-chemistry Tahiri from the alien Yuuzhan Vong – and the lure of the Dark Side.  Keyes grasped the characters in a way nobody else had, and for many this was the book that made them see Anakin Solo as the future of the Jedi Order.  He also kicked off a wonderfully entertaining teenage romance, with the promise that these two childhood sweethearts could transform the future of the Expanded Universe. 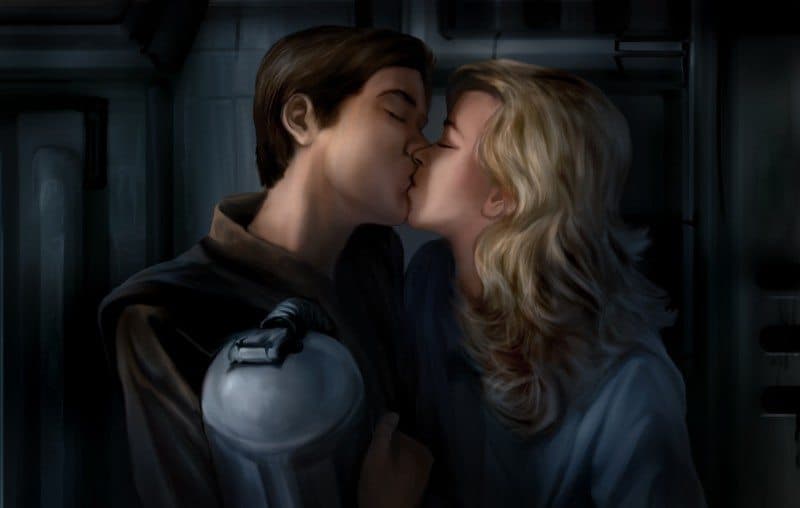 Here was the irony: Del Rey hadn’t thought this would matter to readers.  They’d failed to realise how strong an emotional connection readers had with Anakin Solo, and they were shocked at the reaction.  To many fans of Anakin – myself among them – his death was the moment that the “Star Wars” Expanded Universe became a lot less interesting.  He returned, after a fashion, when the comic book series STAR WARS: INVASION explored the early years of the Yuuzhan Vong war, but this was really somewhat bittersweet.

Anakin is symbolic of why the Expanded Universe couldn’t remain canon.  He affects too much, his death brings a note of tragedy into the tale of Han and Leia that became ever more dominant after his brother Jacen became a Sith Lord, and his story wasn’t really resolved properly.  I’m sad that Anakin’s story is removed from the canon, but at the same time I know that the story ended so poorly, so unsatisfactorily.

Still, for me, he remains one of the fondest memories of the legends of “Star Wars”.