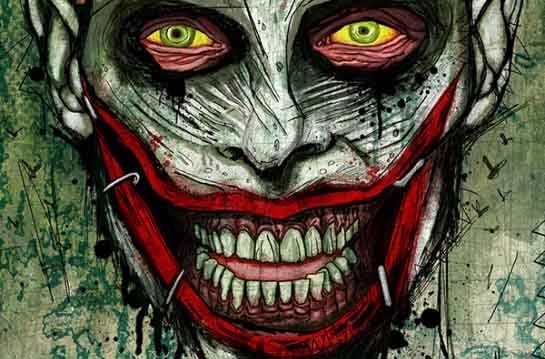 This is the first part of an analysis of the Joker’s role in the New 52 arc DEATH OF THE FAMILY, bringing together some of DC’s best writers and artists, led by Scott Snyder and Greg Capulo.

That’s really the easiest way to put it.

Batman, for decades, has been known as a dark and brooding loner character, and yet, he’s surrounded by allies and friends who love him. These sidekicks and fellow superheroes always have his back, just as he always has theirs. Collectively, this group is known affectionately as the Bat-family. In JOKER: DEATH OF THE FAMILY, it is Joker’s goal to round up and kill all of the people Batman cares about, and thus, cement their relationship by returning it to its roots.

However, the title of the collection leads to a popular misconception. Many might believe that JOKER: DEATH OF THE FAMILY refers to Joker’s capture and destruction of the Batfamily. While this is true to an extent, I would argue that the most important family being destroyed, in fact, is that of Batman and Joker, who have always shared a strange love-hate relationship. In fact, the entire collection is about Joker’s destruction of relationships in general, for every character in Joker and Batman’s families, families which stretch, in Joker’s case, to the very streets of Gotham. To truly understand this book, we must examine it with an emphasis on Joker, who is, after all, the title character.

To begin with, this Joker is a bit different from those we’ve seen in the past. Harley herself recognizes this, saying “You’re not my Mr. J anymore” and “I miss the you underneath.” He compares himself to Harley’s hyenas gone rabid- he claims that they are now all instinct, animal, just like he has become. He says that by removing his face, an occurrence from earlier in the new 52’s timeline, he has removed his last shred of humanity. Now he has no pain, emotion, or weakness.

He also acts quite effeminate. He refers to himself as a girl on a number of occasions. He also suggests that he should marry James Gordon Jr., and dresses up his male bodyguards as bridesmaids. This is the Joker that vows to take out all of the sidekicks that makes Batman weak. They are his “children” in Joker’s family-view on Batman, and Joker has made it his goal to end all families.

Joker has a bit of a family himself. Anyone who has been inspired by Joker and begun to commit similar acts is a child of the clown. Batman argues that this is what Joker does to people- he drives anyone “not in their right mind” to join forces in murder and mayhem. One particular group called the League of Smiles is led by the Merrymaker. Their capture marks the beginning of the destruction of families, and it is Batman who has actually made the first blow.

Joker now begins on his quest, and we soon discover his true goal. In Joker’s mind, he is the only man capable of real love. This love he refers to isn’t love for Harley. As Catwoman says, “You don’t want to kill [Batman], you’re the one in love with him!” He even agrees. Because of this love, he wants the future to be only him and Batman, with all the sidekicks dead, so they can play their game of cat and mouse for all eternity.

Joker has always been a fan of games, as the Catwoman’s chess chapter demonstrates. She will move a large black queen piece to take out the white queen piece, and a white pawn will be sacrificed. This chess move echoes the action of this chapter. The white pawn is unfortunately killed, and Joker, the black queen, makes sure to end the relationship which Catwoman, the white queen, has with Batman, one way or another.

This is actually the second time we see the Joker-Batman-Catwoman trinity in her chapter. Earlier on, Catwoman’s on rooftops hallucinating, seeing impossible toys and figures, including a giant white knight chess piece. As white is usually representative of the force for good, we can assume this piece is supposed to be representative of Batman, the knight. The next panel, we see a picture of the Cheshire cat, representative of Catwoman. This is followed by the Joker- a giant toy robot which certainly doesn’t fit the “Wonderland” theme. This echoes the chaotic nature to Joker. He intentionally shakes things up.

He accuses her “girl to girl” of making Batman weak, saying that he just wants Batman to be his best. His plan works fully. By harassing her about her relationship with Batman, he appeals to Catwoman’s independence, and she removes herself from the equation. Thus, Batman’s love interest is the next “casualty”, and Batman, in Joker’s eyes, is a single man.

The way he ends the Catwoman issue, speaking of dogs as creatures that slobber so much they’re practically stuck on you is intentional at the transition to Harley’s chapter. Their relationship is a bit twisted. He dehumanizes her to the point of treating her like a pet- he often calls Harley “my pet”. Also, as a creation of Joker, one could argue that she is one of the children of his relationship with Batman- with no Batman, there is no Joker, and with no Joker, there’s no Harley Quinn (or any Joker gangs). Thus, in a certain light, this relationship is almost incestual.

This Harley is a new girl, though- she owns her sexuality, which she demonstrates by referencing the karma sutra. She’s much more independent and not afraid to fight back when Joker captures her. In a bit of foreshadowing, she is forced to mimic Joker’s actions in killing her own pets, and ultimately ends her relationship with Joker, making him a single man, free for Batman, with no strings attached.

Joker tries to get a replacement “pet” in Batgirl. This thematic connection offers an explanation for the order of the events in the chapters, which are not chronological. Joker has lost Harley, and so he turns to Batgirl, proposing marriage and threatening to remove her limbs and lock her in the basement so she can never leave. We find out that the excuse he makes up for these actions is found in a little black book. He taunts many characters with the secrets he keeps within it’s pages- all of his killings, as well as his knowledge of the Batfamily. Through a story in the black book, we learn that he has claimed to have a fear of loneliness, which is his excuse for his attempts at amputation. 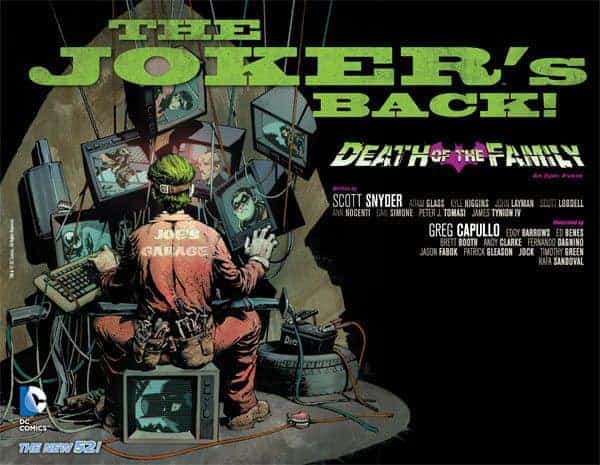