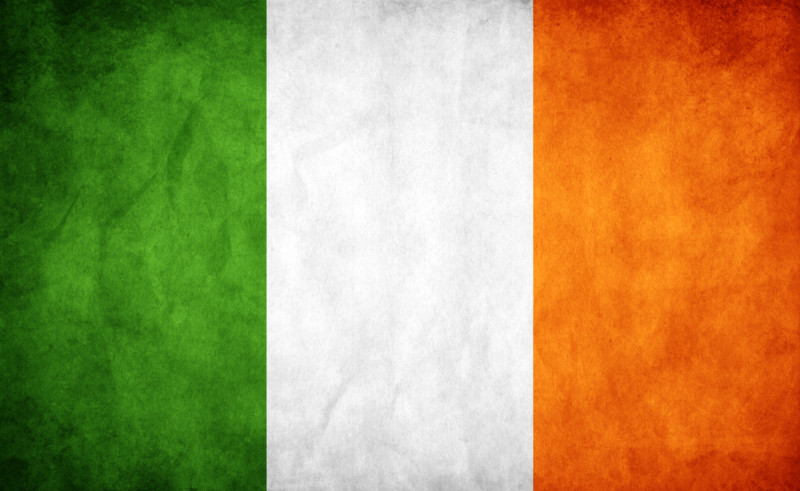 America has always been a land of immigrants. Many different peoples have landed on our shores and brought their cultures to the great American melting pot. While many countries can claim America as a port of haven, there is a special connection between America and Ireland. Many Irish immigrants fled to America during the Great Potato Famine, and despite many hardships at first, eventually became a part of American culture. Americans celebrate St. Patrick’s Day at pubs each year, and Irish-American clubs exist all over the land. While popular culture can fall back on Irish stereotypes (drink, Guinness, leprechauns, etc), there are many portrayals of Irish characters that respect the homeland. Comics has been no different, as there have been a slew of Irish and Irish-American characters, as well as ones with other special connections to the Emerald Isle.

The first of many Marvel characters on this list, Shamrock appears first because she is something of a mixed blessing. Molly Fitzgerald is authentically Irish (born in Dunshaughlin), and has a unique power. The souls of war victims surround her body and manipulate probability in her favor. Unfortunately, she has the stereotypical Irish look of green eyes and long red hair and dresses in a green costume that forcibly tells people she’s Irish. Also, her abilities basically mean that her superpower is being lucky. At that point, readers are waiting to hear how she gets her powers from drinking a mixture of Guinness and Lucky Charms. So while Shamrock might be an Irish superhero, she’s sadly defined by that and that alone.

One of Marvel’s most famous Irish heroes (if not the most famous) Sean Cassidy has had a long history. Like Shamrock, he is authentically Irish and has had a lengthy history with the X-Men. He was made a member of the New X-Men in the 80’s, which saw a more diverse team brought together. While Banshee’s dialogue was often overly-Irish (full of ‘laddy’ and ‘saints’ and ’tis’), he still functioned as an important member of the team.

Over time, Banshee lost and regained his powers more than once, but was always an ally to the X-Men. He was instrumental in piecing the team back together after a failed mission and developed a relationship with Dr. Moira McTaggert, who helped him cope when he left the team for good. Banshee sadly died trying to prevent a plane crash, but he created a great legacy as a hero while never losing his ties to Ireland. His legacy has been continued by his family, specifically his daughter…

Siryn is Banshee’s daughter Theresa Maeve Rourke Cassidy, secretly raised by Black Tom Cassidy (more on him in a minute). Her powers are near identical to her father’s, but her backstory is more intense. She was raised by Black Tom and only revealed as Banshee’s daughter when Tom wanted her out of the criminal game. Siryn has been a crucial member of X-Force, had a relationship with Deadpool, lost and regained her powers, and even had a child with Jamie Madrox.

However, Siryn has also struggled with alcoholism, which avoided the cliches of the Irish drunk and treated her simply as a person with a problem. She also struggled with the death of her father, holding onto hope of his resurrection (this IS X-MEN after all), before accepting it and taking the Banshee name for herself. All this was before Siryn was confronted by the Morrigan, an Irish goddess who needs Siryn to take her place. Siryn eventually did, becoming bound to the Irish myths. Like her father, though, she established a legacy for herself without losing the bonds that would eventually tie her even tighter to Ireland.

The last member of the Cassidy clan, Black Tom was the supervillain cousin of Banshee and surrogate father to Siryn. His powers allowed him to use plant life as a weapon, firing heat blasts through his trademark shillelagh, or Irish fighting club. Black Tom was longtime friends with the Juggernaut, teaming with the behemoth for various crimes. However, Black Tom’s powers nearly cost him his life, as an experimental treatment caused his body to mutate into a plant form. This also cost him his sanity and Juggernaut when Tom killed a child Juggernaut had grown close to.

Still, Black Tom is not without his merits. He legitimately cared for Siryn, only sending her to Banshee when he feared she would be harmed as a criminal. Tom also expressed regret to Juggernaut when his sanity was restored. So while Tom might be a villain, he at least seems to be one that can be respected and one who always carries an Irish symbol with him.

This is the first non-Irish person on the list, but there is still a strong connection to Ireland here. Dr. Anthony Druid is a sorcerer in the vein of Dr. Strange; both were recruited by the Ancient One, and Druid was a backup if Strange proved unworthy. Unlike Strange, Druid draws his power from… well, druid magic. This means that Druid’s power comes from Celtic (Irish) means. He keeps various Celtic artifacts and refers to the Celtic trinity often. He can also draw on the power of patron goddesses, such as Morrigan and Badb. So while Druid is not Irish, readers can get a glimpse into the myths of Ireland through him.

You can’t have an Irish character list without mentioning the Devil of Hell’s Kitchen. Matt Murdock might be an Irish-American, but he symbolizes a strong element of Ireland though his Catholic faith. Anyone that grew up in an Irish home knows the importance that Catholicism plays in the culture (and if you haven’t, it’s pretty important). Murdock is no different, as he constantly questions his violent actions through that lens of peace and love. It’s the reason that Daredevil so often is drawn against churches, or why he goes to confession so constantly. The impact of his Irish heritage is clearly shown in his struggles with what his faith has taught him. It’s a common enough struggle, but it’s one Irish-Catholics know all too well.

READ: See how Daredevil’s other great struggle — his blindness — affects him. 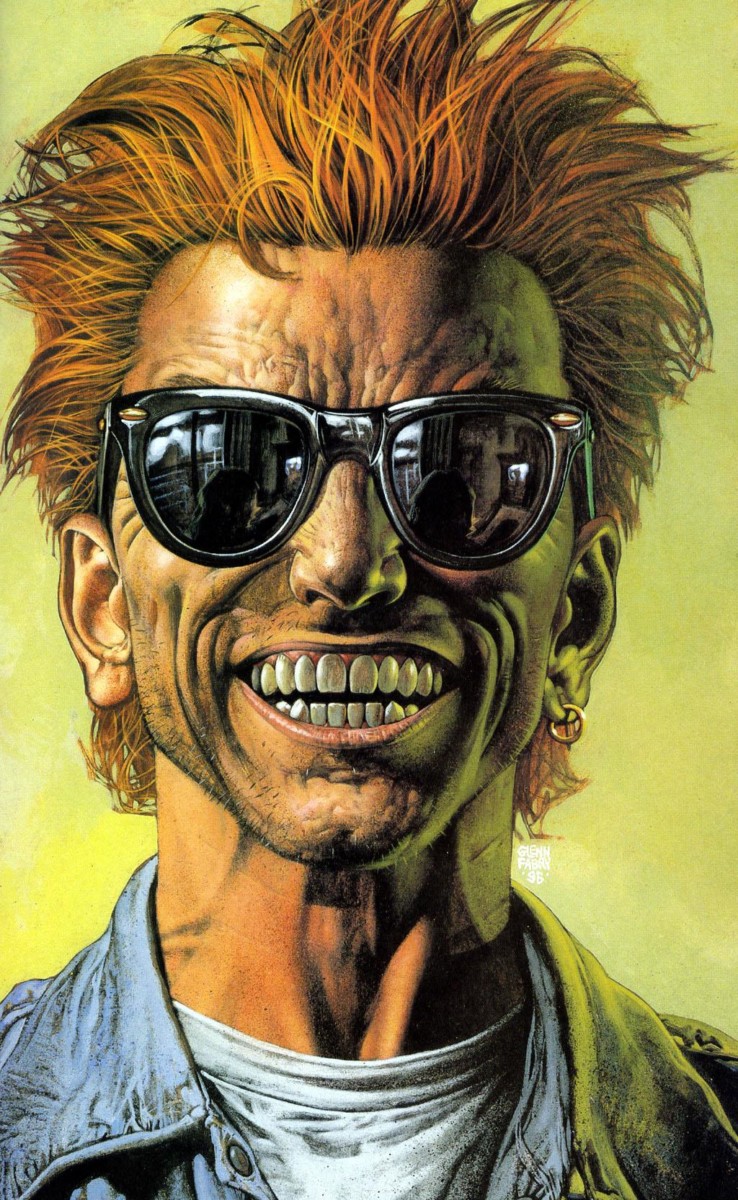 No, this isn’t another member of Marvel’s Cassidy family. Proinsias Cassidy hails from the world of Vertigo’s PREACHER and is an Irish vampire. Cassidy was killed in the Easter Uprising of 1916 (eulogized in the Irish ballad, ‘The Foggy Dew’) by a vampire who then converted him. He eventually emigrated to America, where he became addicted to drugs and alcohol. While his condition is part of the problem (vampirism literally causes him to be irresponsible), Cassidy does slowly begin to change thanks to Jesse Custer’s influence. Although there isn’t much connecting him to Ireland, his story is somewhat familiar. Many immigrants, including the Irish, came to America for a better life. Yet they found their problems only got worse once they got here. In that way, Cassidy is the dark side of the Irish experience in America.

READ: Cassidy not only made a name for himself, he helped make PREACHER’s love triangle.

There have been two versions of this character over the years, but both have a strong connection the Irish myth of the Banshee. The first Banshee, Siobhan McDougal, was cursed by a family ritual and had to become the evil Silver Banshee in order to escape a netherworld. This Banshee became a constant foe of Superman. The second, Siobhan Smythe, was also cursed, but in her family, the Banshee was passed down to each generation. Smythe was more heroic with her abilities, though she struggled to control the impulses of her Banshee form. While the villainous Banshee is somewhat more accurate (as the true Banshee is a spirit of death), both versions manage to keep the figure ominous. It also gives the reader a view into the Irish myth needed to deal with the Banshee.

This character is a unique retelling of Irish myth. Set in the world of THE WICKED AND THE DIVINE, where the spirit of gods resurface in mortals, the Celtic goddess Morrigan resides in a girl named Marian. This version of Morrigan is more rock and roll, performing constantly in the underground. However, the traditional aspects of Celtic myth are still very present.

The final entry on the list is the most unique. The main character of WAYWARD, Rori is a half Irish, half Japanese girl who moves to Japan as a teenager. There she encounters supernatural forces that draw on both Japanese and Irish mythology. The blend of cultures is arguably the most interesting aspect, but it isn’t as uncommon as people might think. Ireland has housed a populace from South Asia for decades, and Japan has taken influence from many Irish people (such as Lafcadio Hearn/Koizumi Yakumo who authored several books on Japanese history and is still honored today for his work). Rori represents a quiet, but culturally rich link between Ireland and Japan, and her exploration of both mythologies is a testament to that.

The influence of Irish characters in comics has been varied. While some efforts might be questionable, there are many that reflect Ireland’s heritage and myth. Most importantly, the majority stand on their own, having a connection to Ireland without being defined by it. It’s important for Irish-Americans of today to see that culture depicted so well, especially since knowing how that culture came to America can influence how they see the world today…