Have you ever wondered why some of the most renowned comic book characters come from foster homes? Or even why they have such tragic origins?

Honestly, maybe it’s just to help develop the characters in a more relatable way. Considering many people come from foster homes, it would make sense.

That’s why it’s not a secret that surrogate parenting is a frequent theme in comic books. In fact, more often than not, we are shown characters that come from an adoptive home. Characters such as Batman and Superman are built around these notions and it is integral to their characters development. For once though, I think it’s time to take away focus from the heroes. Instead, let’s focus on their surrogate caretakers such as Alfred Pennyworth, Jor-El, and the Kents who are all designed to fill a gap in the boys’ lives.

Bruce Wayne was destined to run an empire. It’s kind of the way things work when you’re born into wealth, especially one of the largest enterprises in town. Without all of that money, it’s hard to predict how far Bruce would have taken his search for vengeance. 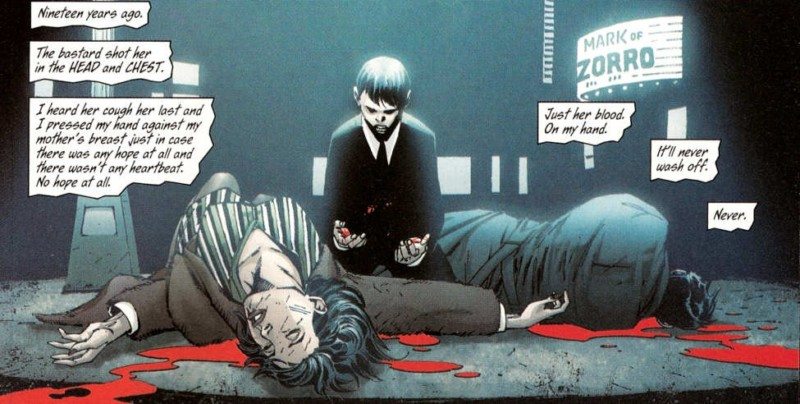 The murder of his parents in crime alley is as dark as origin stories go, but it was necessary in developing Alfred Pennyworth. It made sense for Alfred to take the boy under his wing (no bat pun intended). This ensured that Bruce would keep his estate and that he could remain with someone relatively close in his life.

An important thing to note about this specific surrogacy is the fact that Bruce was only 10 (or 8 based on your sources) when his parents were murdered. He had only shared 8/10 years with Thomas and Martha. So, though he was certainly raised by them for only a fraction of his life, he was old enough to feel the pain of their deaths.

READ: New to the Batman universe? Here’s a guide to help you learn more about him!

Pennyworth raising Bruce is an important use of foster parenting because he shows us that, even within darkness, there is light. Bruce has the potential to be a destructive force. With Alfred we avoid seeing that darkness because he is able to remind Bruce of his purpose for being the Bat. Alfred inspires him to be careful, environmentally aware, and morally good. He does this for Bruce more than his real parents ever would have been able to.

Alfred struggled with the vengeance boiling in Bruce’s heart, which of course predestined Bruce to become Batman. He never ceased to show love to Bruce though. This was his way of guiding the boy in the right direction. The more he cared for the boy, the more likely that Bruce would use his vengeance as a tool for justice.

Of course it was always difficult for Bruce to see Alfred as a father figure because he witnessed his real father’s death. Alfred could never live up to Thomas no matter how hard he tried. It didn’t stop him from being the best support possible though.

His support has never had a limit. Rather than pushing Bruce to let go of his thirst for revenge, Alfred supports his decision to act it out. One can say that without Alfred, there wouldn’t be a Batman. Even when Bruce is Batman, he is assisted by him. It is in Bruce’s later years as Batman that he is able to admit how much of a father figure Alfred has been. 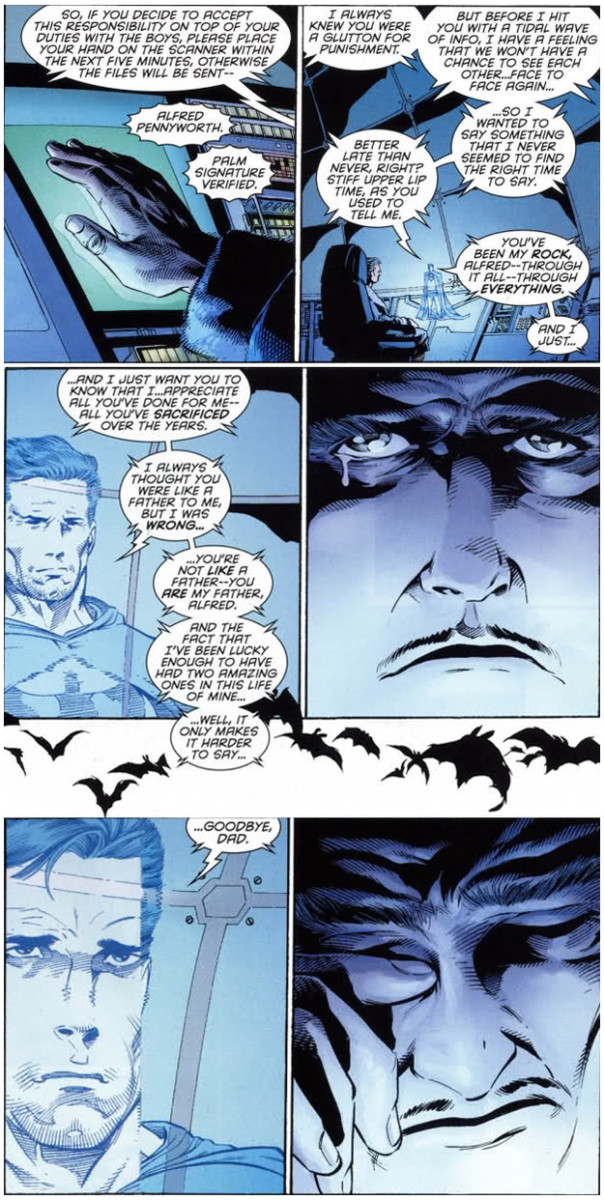 Clark Kent is raised with an entirely different parental dynamic then that of Bruce Wayne. Though he is never legally adopted by Ma and Pa Kent, they become his parents through his sudden appearance in their crops. One can say that his Earth parents are not quite surrogate parents because of how much he was raised by them. This being said, Clark was taken in as a means of making his character more relatable and human. This is the main reason he need surrogate parents. So that it would be more understandable as to why an alien from a far off plant would care for the safety of a whole different race. 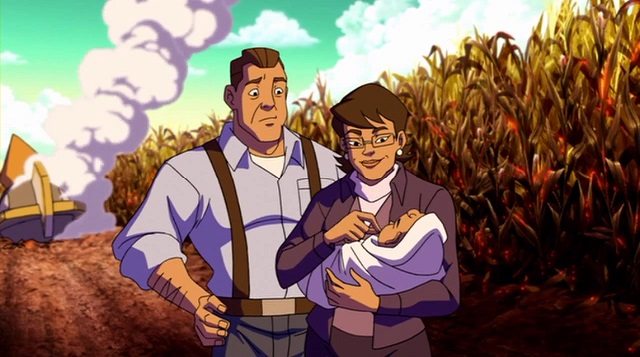 It’s only through Jor-El that Clark learns of his Kryptonian history and abilities. He is guided into being the best man and savior he can be. But this is where it gets interesting. One can argue that Jor-El (or the computer program personality of Jor-El) works as a surrogate father for Superman. The Clark Kent side already has parents in the form of Ma and Pa, but the high-flying Superman side does not have someone to guide him. So when Jor-El comes into the story, he is able to teach Superman how to be…Superman. 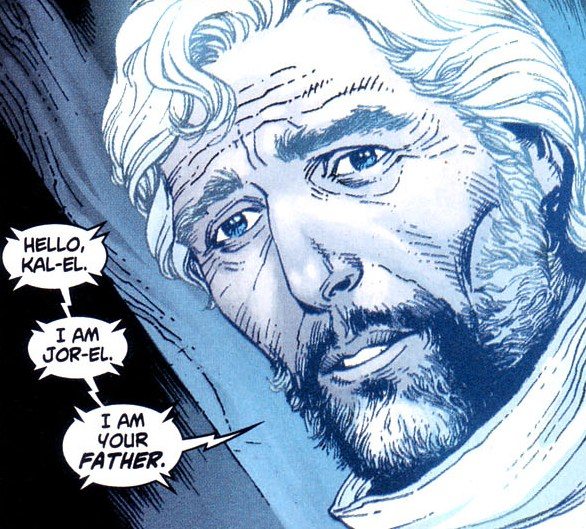 I know it’s a little weird to imply that Clark Kent has both “real” guardians and a surrogate father, but it makes sense due to this rare situation. This isn’t something we see happen to Bruce because he is solely human. Since Clark has both of those sides (The human and the Kryptonian), he needs parental figures that will keep him balanced.

If Clark had been older when he was sent to Earth, it might’ve been different. Perhaps he would’ve only needed the guidance of Jor-El to get by as a lone child on a new planet. Maybe he would’ve even started off as a hero earlier on in his life. He was heavily influenced by his Earth parents’ kind hearts because he was so young. 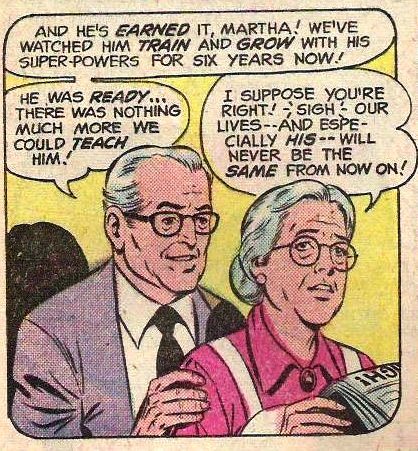 Regardless of whose parenting you may think was more successful, both men turned out to be amazing heroes –many may even argue the best. Neither would have reached the heroic lengths they have without the support of their foster parents. Bruce would probably be in prison for seeking revenge in a brutal, criminal way. Clark would probably be shipped off to Area 51 for alien research (though I doubt they would be able to contain him).

Alfred, Jor-El, and the Kents are absolutely perfect examples of foster parenting done right. We can see it through the actions of their children. In fact, we can even see it through their “grandchildren.” I easily could’ve just said grandchildren without the quotation marks, but I’ll get to that in a second. 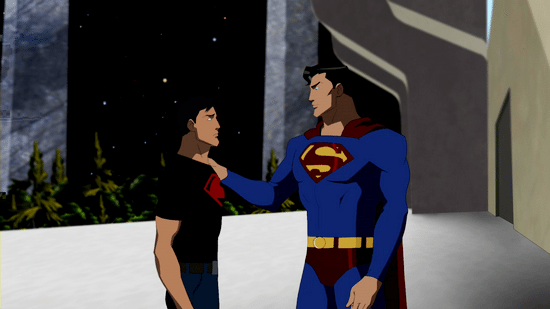 You see, Superman works as a sort of surrogate father to Conner “Con-El” Kent – aka Superboy. He isn’t quite a grandchild to the Kents because of the fact that he is a partial clone of Clark. But even though he is not Clark’s offspring, their relationship is sometimes that of a father and son. In the sense Damian Wayne, we can go back to using the quotation-less form of grandchild because he is the legitimate son of Bruce.

READ: Want to learn more about Batman’s wards? Check out this article on two of his greatest progeny!

Besides Damian, Bruce Wayne does have other wards he cared for. He became a surrogate father to quite a few Robins such as Dick Grayson (the very first boy wonder). So it’s interesting to see that both Batman and Superman were able to become fairly successful foster parents themselves. This may be due to the fact that they learned from the best. 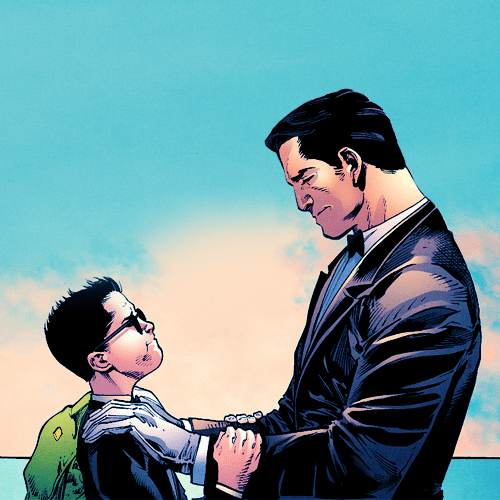 It’s important that Clark and Bruce are adopted because it gave them direction in an otherwise unpredictable future. Had both boys been raised by their parents, they wouldn’t even be the heroes they are. They would honestly have no reason for seeking justice had they not lost their parents.

What’s also significant is the fact that only adoptive parents like the Kents or Alfred could’ve had the impact they did on those boys. It’s because they cared for characters that were vulnerable. Through vulnerability, they gave the boys strength to combat any threat possible. These characters easily could’ve been created to simply have dead parents and no one to care for them. This would’ve added no complexity though, because having foster parents lead them to still crave justice, while still having someone to guide them in the best direction.

LISTEN: Want to learn more about Batman and Superman? How about Wonder Woman? Check out our podcast on them!

Parenting comes in many forms. Even in the real world we hear stories of surrogate parenting or have friends who come from foster homes. Tragedies — such as the death of a parent — can truly affect someone’s development, especially a child. Having someone who can fill in that missing parental guidance can really fix their development for the better. That’s why no matter what form it comes in, parenting has the potential to shape us into great heroes and heroines.

Do you know of any other foster parents in comics who influence a character to be a great hero? Are there any foster children in comics who are inspired to become a villain? Share your thoughts in the comments below!