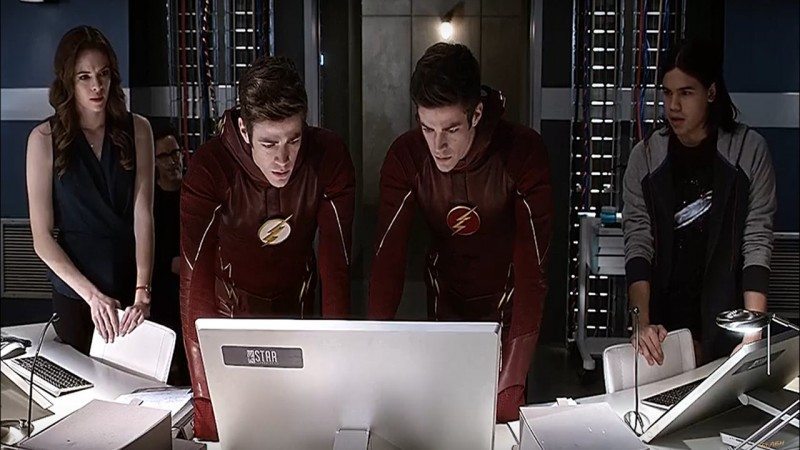 In this episode of THE FLASH, appropriately titled “Flash Back,” Barry time travels back to season 1 of the show. While this isn’t the first time Barry has time traveled, this is only the second time where he intentionally goes into the past; the first time was in the season 1 finale where he traveled back to the night of his mother’s murder. DC has done several stories involving the use of time travel in the past, and after watching this episode, it is clear that the writers for THE FLASH were inspired by some of these stories. Since DC comics has been using time travel as a storytelling device for nearly 50 years, I will only be focusing on three DC stories which involve time travel: ADVENTURE COMICS – THE LEGION OF SUPERHEROES (1958), BATMAN: THE RETURN OF BRUCE WAYNE (2010), and FLASHPOINT (2011).

READ: Our Character Spotlight on Trajectory from the previous FLASH episode!

Barry has tried nearly everything he can think of to make himself faster, but he has had no success in cracking the answer to his speed formula. So Barry decides to talk to the one individual who knows more about speed than anyone else, Eobard Thawne (aka The Reverse-Flash). Caitlin and Cisco help Barry decide what point in time he should return to, and the team decide that the safest point would be during the Pied Piper incident – season 1 episode 11, “The Sound and the Fury.” All Barry has to do is go to the past, knock out his past self with a drug, get the information he needs from Eobard Thawne and return back to the present to avoid changing the timeline. 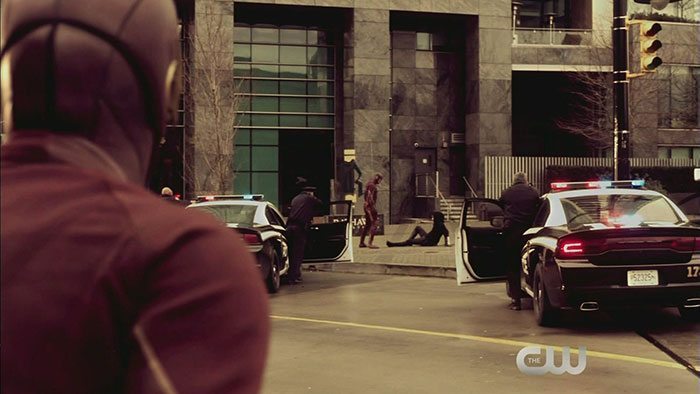 The concept of time traveling to the past to gain valuable information from an individual in the past was first used in DC comics in ADVENTURE COMICS – THE LEGION OF SUPERHEROES #247. In that issue, the Legion, a group of alien superheroes in the distant future, went to the past to recruit a young Superman. Their goal was to learn from Superman how he became the hero who would eventually inspire the Legion to form in the future. Granted, Barry doesn’t admire Eobard the way the Legion admired Superman, but they each desired to learn from these individuals from the past to help themselves in the future.

Shortly before arriving in the past, Barry sees a Time Wraith, a dementor-like creature who pursues Barry for altering the time line. When Eobard learns that the Time Wraith is after Barry, he puts two and two together and realizes that this Barry is from the future. Eobard discloses to Barry that he doesn’t know how to stop a Time Wraith and that speedsters try their best to avoid them when time traveling. 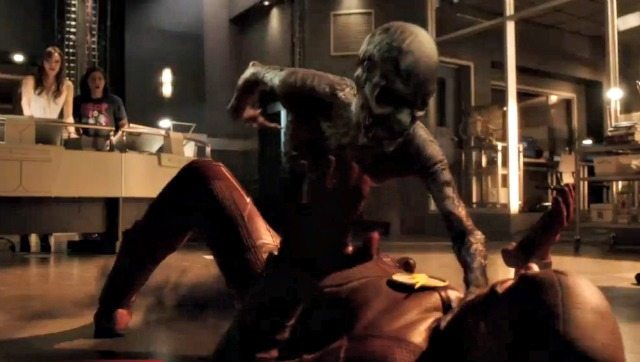 The Time Wraith was created by the show’s writers, so there is no version of a Time Wraith in the comics. However, BATMAN: THE RETURN OF BRUCE WAYNE features a character very similar to the Time Wraith called the Hyper Adaptor. The story takes place after Darkseid “killed” Batman with his Omega Beams, but, in reality he was actually transported back in time. Batman travels from the Stone Age, to Puritan times, to the Old West, to the 20th century, and eventually he arrives at the present. Darkseid reveals to Batman that he sent the Hyper-Adapter to follow Batman throughout his journey in time. Once Bruce arrived in the 21st century, the plan was for the Hyper-Adaptor to use the Omega Energy Batman built up with each time jump to destroy reality in the present. The Time Wraith chased Barry in a similar fashion as the Hyper-Adapter, and both planned on killing the heroes they were pursuing as soon as they arrived back in the present day. Batman and several other heroes managed to trap the Hyper-Adapter in a Time Sphere and send it back into the past. As for the Time Wraith, Team Flash managed to stop it with the help of a surprising new ally.

From the moment Flash arrives in the past, he begins to alter the timeline. However, it’s not all directly his fault. While he does prevent Hartley (aka The Pied Piper) from using his ear bud bombs to escape his cell, the other changes to the timeline were caused by the Time Wraith chasing Barry. When the Time Wraith chased Cisco and Caitlin into Hartley’s cell, it was Hartley who used his knowledge of sound frequencies to fend off the Time Wraith. When Barry leaves the past and returns to present day, it was Hartley who saved him from the Time Wraith. It appears that the changes that Barry made to the timeline altered Hartley’s path. Instead of Hartley being a villain with a terrible relationship with his parents, he is now an official member of Team Flash and has a great relationship with his parents. For the time being it would seem that the changes Barry made to the timeline on the show produced positive consequences. This was not the case in FLASHPOINT. 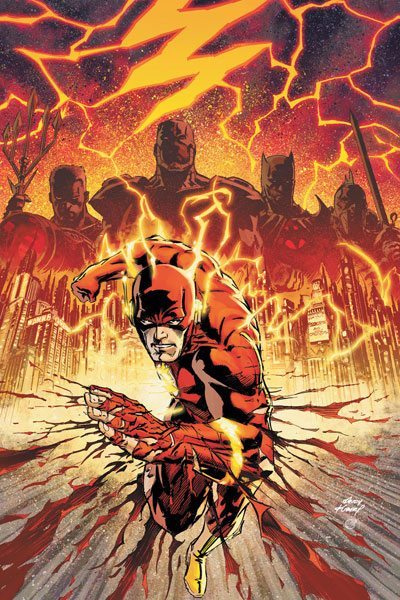 In that comic, the Flash went into the past to save his mother from being killed by Reverse-Flash. This minor change to the timeline had disastrous consequences for the entire DCU. It created a world where Thomas Wayne is a gun-wielding Batman, Superman is held captive by the government, and there is a war between the Atlanteans and the Amazons. Thankfully, nothing this extreme occurs on THE FLASH. So far, the only change is that Hartley is now a part of Team Flash. The rest of the events of season 1 and 2 seem to have occurred with little to no difference.

LISTEN: Want more stories about heroes going to the past? Check out our interview with writer Arie Kaplan!

This definitely won’t be the last time THE FLASH will use time travel as a story telling device, but for right now it seems that Barry is more preoccupied with getting faster so he can stop Zoom. Thanks to Eobard Thawne for giving Barry the plans to build a tachyon accelerator, he now has a fighting chance to beat Zoom.

The show will be going on yet another hiatus. When it returns, it will have a episode focusing on the backstory of Zoom. This seems like the perfect opportunity to have a character spotlight on Zoom. THE FLASH returns April 19th on The CW. ‘Til then, Flash fans!