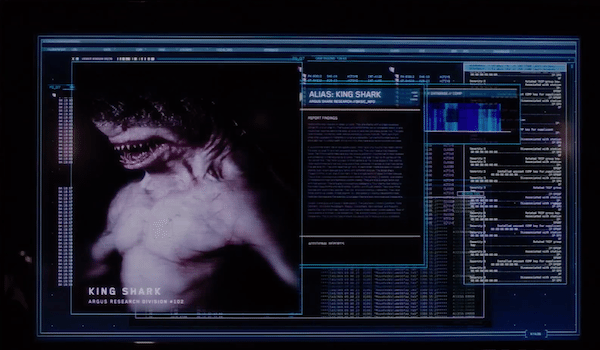 After fans got a glimpse of King Shark at the end of episode 4 Fury of Firestorm, they have been waiting in anticipation for this episode, which featured King Shark as the main villain. It didn’t disappoint, a big congratulations to the special effects team for doing a superb job at bringing King Shark to life on the small screen. In honor of this episode I will look at what elements the FLASH writers took from the comics to make the King Shark seen on the show.

READ: Check out our close look at how THE FLASH’s Earth-2 compares to the comic’s version

For this spotlight, we will be focusing on these four character aspects of King Shark. The aspects are (1) origin, (2) appearance, (3) powers, and (4) personality. 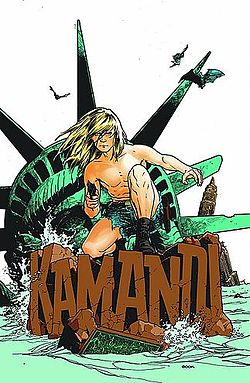 In the comics, King Shark was born in Hawaii with the name Nanaue. His father was Chondrakha, the king of all Sharks, also known as the Shark God. While this was King Shark’s initial origin story, in later incantations he would have a less mystical background. King Shark was nothing more than a mutated animal from the same world as Kamandi, the last remaining human in an Earth ruled by animal creatures. In the new 52, King Shark is once again the child of the Shark God.

READ: Need to catch up? Check out our review latest issue of THE FLASH comic

The show used the typical particle acceleration explosion as the cause of King Shark’s mutation. In addition, his human name on the show was Shay Lamden, who was studying sharks until the particle accelerator mutated his body into one

When King Shark initially appeared in SUPERBOY #0 vol. 4 in 1994, he looked like a great white shark. As for his clothes, King Shark either had on a straw loin cloth covering his bottom half or skin tight black pants. During his time with the Suicide Squad he would wear a black one piece with a single strap going from his pants to his shoulder. However in the new 52, King Shark’s new design is a hammerhead shark. The Flash creators decided to go with the more traditional look since that was the design he had when he was first introduced to comic book readers. On the show, King Shark wore a pair of ripped jeans, similar to the Hulk in his film incantations. 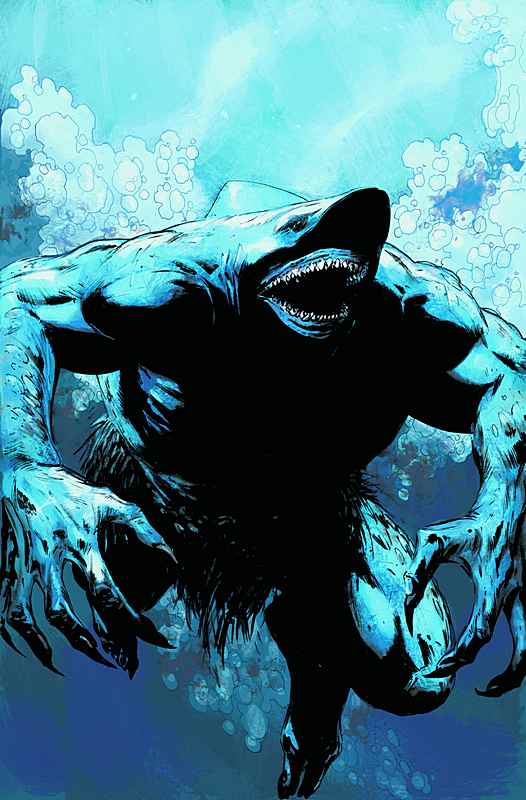 Aside from being a ten-foot tall humanoid shark with enhanced strength, King Shark does possess other abilities. In the comics, he is a skilled tracker who can find his prey by their scent. King Shark on the show displayed these abilities when he tracked down Barry to his house. 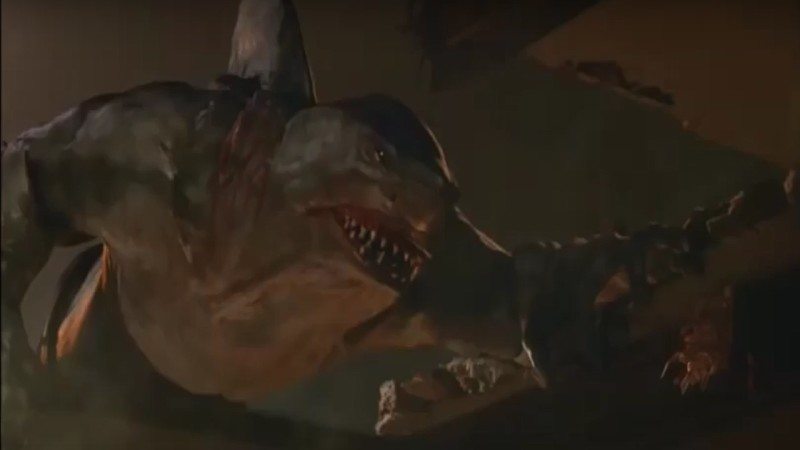 King Shark’s other abilities in the comics include proficiency in martial arts and military combat maneuvers. It is unlikely that the show’s version of King Shark would have any of those abilities, seeing as he was a scientist before his transformation and no one taught him those skills.

In the comics, King Shark was a ravenous monster who took pleasure in killing for sport. He usually is never after anything in particular and simply kills for the pure enjoyment of it.

LISTEN: Speaking of characters who take pleasure in killing, Check out our podcast on DEADLY CLASS

In his earlier incantation, King Shark did not speak very often, and when he did, it came out sounding like the Hulk, leaving out certain words between sentences. This is definitely the King Shark the FLASH creators were inspired by when they wrote the dialogue for him. However, the King Shark on the show was given a purpose and a goal; kill the Flash and return to Earth-2. So the writers made him a bit more that the ferocious monster that he is in the comics.

Once again the FLASH creators bring another supervillain from the comics to life. Also, towards the end of the episode, King Shark was knocked out by the Flash and thankfully kept alive–leaving the door open for future appearances. However, King Shark was not the only villain featured in this FLASH episode. The fans also finally got to see who Zoom is underneath that mask! We will, unfortunately, be missing out on our weekly FLASH episodes since the show will be on a hiatus until March 22nd, but never fear Flash fans. I will be providing articles on the show in the meantime. The next article will focus on my Zoom origin theory. Till then Flash fans!