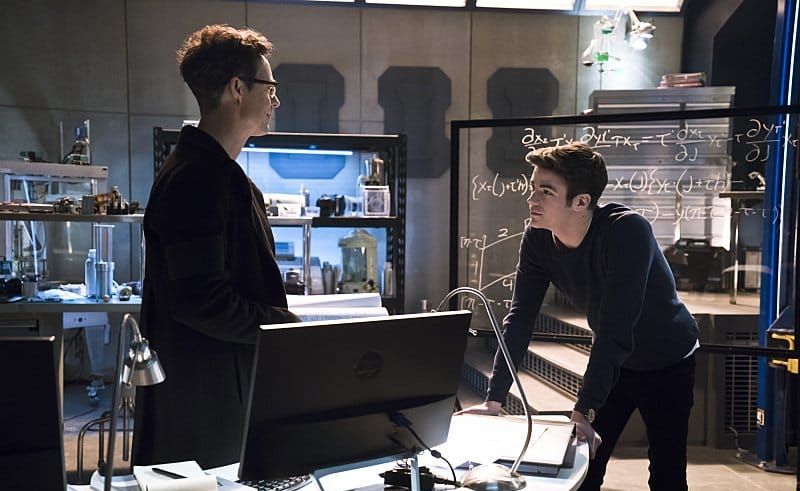 After last week’s episode, which featured the return of the Flash’s greatest adversary, it was difficult for this week’s episode to follow that. This episode focuses on the West family and their drama, a personal favorite of mine throughout this season. Harry also finally makes good on his promise to Zoom to help him steal the Flash’s speed. To top it all off, the metahuman this week is Tar Pit, one of the few villains capable of stopping the Flash in his tracks! Was it enough to put this week’s episode on par with the previous one? Let’s find out!

READ: Catch up on THE FLASH with last episode’s recap and review!

The West storyline takes center stage this week. I’ve expressed how much I enjoy the way the writers are handling this story thus far, but this week took it above and beyond. 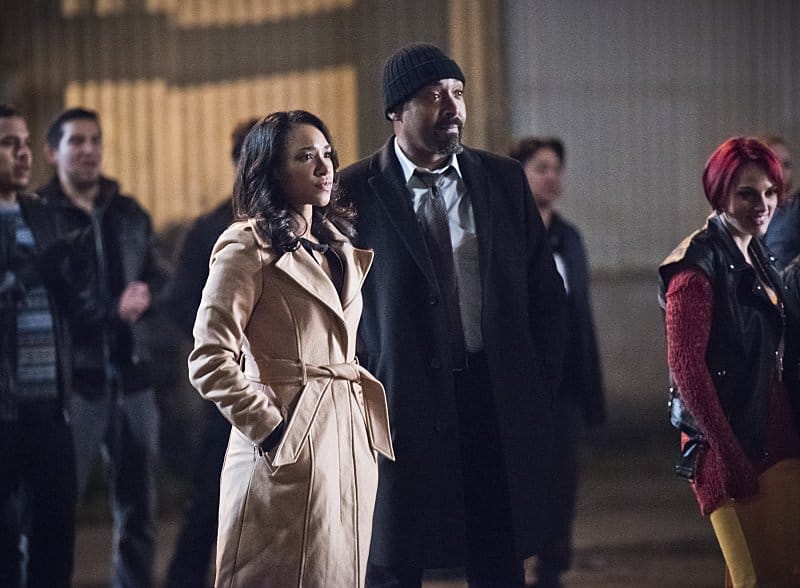 As of right now, Wally is getting along fine with Joe and Iris, but Iris still disapproves of Wally’s street racing habit. It was a nice change of pace seeing Iris as the voice of reason instead of Joe. In fact, Joe was the one who lost sight of himself this episode. Joe was so relieved that Wally enjoyed hanging out with him that he was content with being Wally’s friend. Thankfully, Iris points out that Wally doesn’t need Joe to be his friend; he needs him to be his father.

Watching this soap-operatic story play out on a superhero television show seems a bit odd, but the writers make it feel natural. The way the West storyline gets resolved this week is thanks to a nearly fatal wound Iris suffers because of Tar Pit and Harry. The injury brings the West family together, and Joe informs Wally that he is done being his friend—from now on, he will treat Wally as his son.

The Harry portions of this episode were particularly difficult to watch because of how heartbreaking they were. In this episode, Harry attaches a device he made to Barry’s Flash suit to steal small amounts of his speed when he uses the speed force. After betraying the Flash team, Harry immediately feels guilty, and his guilt only gets worse when Barry comments on how much he appreciates getting the chance to work with him. Lat’s look at this through Barry’s perspective: he loved working with Harrison Wells/Eobard Thawne last season, and with Earth-2 Harrison Wells around, he has another opportunity to have a relationship with the man he once admired. However, Harry is doing everything he can to distance himself from Barry and the rest of the Flash team. Despite all of the

Despite all of the guilt Harry felt this episode, I did not expect him to admit he stole Barry’s speed so soon! That’s what I love about the FLASH: instead of dragging out certain story elements, it reveals them much faster than other shows. I also thought Barry made a very astute observation when he compared what Harry did to what Cisco did last season when he revealed Barry’s identity to Captain Cold. Harry is not a bad guy; he’s just a father who is desperate to save his daughter. It’s for that reason that Barry told Harry they would save his daughter together, by going to Earth-2!

LISTEN: To our STORM podcast on recognizable black heroes!

The villain of this week was extremely forgettable, as Tar Pit had little to do with this episode and absolutely nothing to do with the overall story this season. The special effects for the character were fine, but he was barely on screen, so there was little time to enjoy it. The show has done much better special-effects work in the past, like for Grodd and King Shark. Although the writers did an exceptional job weaving Tar Pit into the other two stories, his inclusion to this episode felt unnecessary.

This episode, Barry demonstrated his ability to speed-read when working with Harry to create a device to close the breaches. Speed-reading in the comics is a technique that allows speedsters to read any material and learn it at an incredibly fast rate. The only catch is the knowledge a speedster learns when they speed-read can only be used for a limited amount of time. In the show, this also seems to be the case as Barry can retain the knowledge he speed-reads for about half an hour. 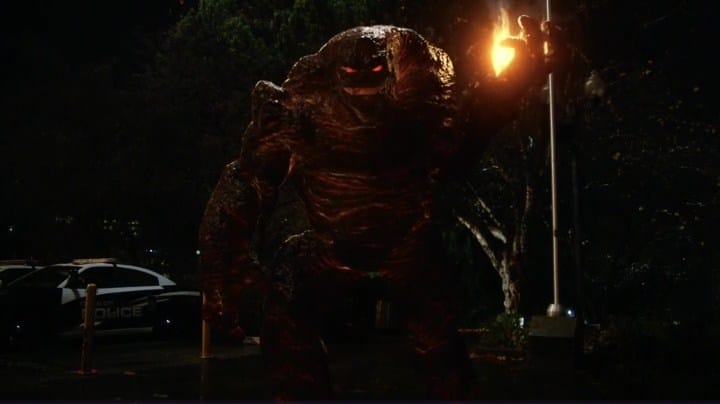 Tar Pit in the comics had the ability to project his astral body to inanimate objects, and one day his astral body became stuck in a vat of tar. The show took their usual approach for creating metahumans: the character was dropped into a vat of tar and became infected by the particle accelerator explosion. Being made of tar, Tar Pit possesses the ability to stop the Flash in his tracks by using his body to burn the Flash’s shoes to the ground. This technique was not used on the show, and Tar Pit was very underwhelming in the episode.

There are no known breach implosion reactors like the one created by Harry and Barry on the show, though it was a bit reminiscent of one incident in the mini-series, 52. There, Booster Gold had to throw his little robot partner Skeets into a time stream. It destroyed Skeets but closed the time loop, saving the multiverse. The football shape of the breach implosion reactor and the way Barry threw it felt very similar to that scene in the comics.

READ: Catch up on the latest LEGENDS OF TOMORROW review/recap!

The scene where Wally describes to Iris his love of speed felt bizarrely similar to Daniel West in the comics. Daniel West, like Wally West on the show, is the little brother to Iris West. Daniel grew up with an abusive father and lived a life of crime. When he becomes gifted with the power of super speed, he becomes obsessed with acquiring more speed, just like Zoom on the show. The line that stood out to me was when Wally said he was just trying to get back to the good times. Daniel delivers a similar line when he explains his goal of traveling to the past. The similarities between these two characters just seem too big not to point out.

This was a decent episode, considering it had to follow one of the strongest episodes THE FLASH has had this season, and it provided especially good insight into Harry’s character while moving forward with that storyline. While the episode did feature some excellent character development for Wally and his relationships with Iris and Joe, it still felt like another episode that existed merely to set up the next week’s episode. Of course, that means we have a lot to look forward to next week: Killer Frost, Deathstorm, and Earth-2 Barry Allen. Next week’s episode is the first part of a two-part episode, so be sure to tune in to see what Earth-2 has in store for us. ‘Til next time, FLASH fans!